Illegal deforestation wiped out almost 1,900 FIFA soccer fields per day in the Amazon jungle in 2019

A study released Tuesday showed that as many as 2,100 hectares – the equivalent of 1,900 soccer fields – were razed each day in 2019 as a result of illegal deforestation in Brazil’s Amazon rainforest.

The Amazon lost around 160,000 hectares of rainforest to deforestation. Meanwhile, the Cerrado biome, the largest savanna region in South America, has the second second-highest deforestation rate with 1,119.6 hectares of forest land illegally razed last year.

The annual report published by non-profit organization MapBiomas indicated that only 0.5 percent of deforestation across the entire of Brazil was deemed legal.

Satellite images obtained by MapBiomas show how quickly an Amazon rainforest area deforested between May 8 and May 29, 2019

The Amazon is the world’s largest tropical rainforest, and scientists say its preservation is vital to curb global warming because of the vast amount of greenhouse gas that it absorbs. 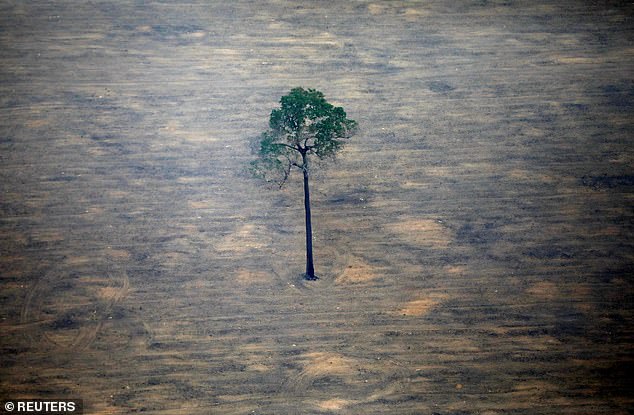 An aerial view from September 17, 2019 shows a deforested plot of the Brazilian Amazon rainforest near Porto Velho, a city in the state of Rondonia

Destruction of the Amazon surged to an 11-year high last year and continues to climb in 2020, which environmentalists blame on the policies of right-wing President Jair Bolsonaro who has emboldened illegal loggers, miners and ranchers.

According to Human Rights Watch, fines for illegal deforestation have been practically frozen since October due to an order from Bolsonaro that fines have to be reviewed at hearings. Since the edict came down, only five hearings have taken against individuals or groups that have been fined for deforestation.

‘Environmental agents have been working hard – often exposing themselves to considerable risks – to enforce the rule of law and environmental laws in Brazil, but they see their efforts sabotaged by the Bolsonaro government,’ said Maria Laura Canineu, director of Human Rights Watch in Brazil.

‘The violent criminal networks that destroy the Amazon rainforest and the right of Brazilians to a healthy environment will not be deterred by fines that, in practice, do not have to pay.’

The majority, around 60 per cent, of the Amazon rainforest is located in Brazil, the biggest county in South America.

It is also the epicentre of the Latin American COVID-19 pandemic, with more than 10,000 deaths already recorded in the country. 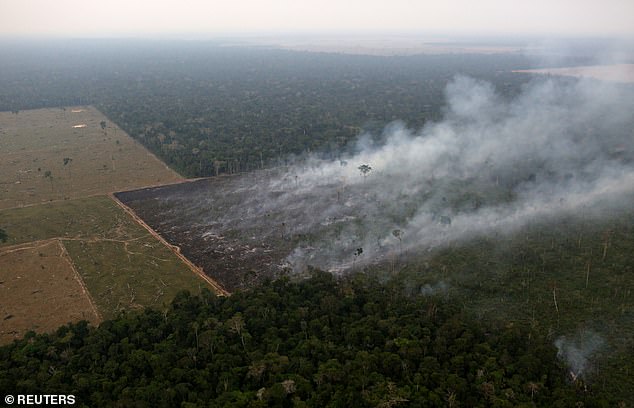 Photo taken September 17, 2019 shows smoke billows during a fire in an area of the Amazon rainforest near Porto Velho 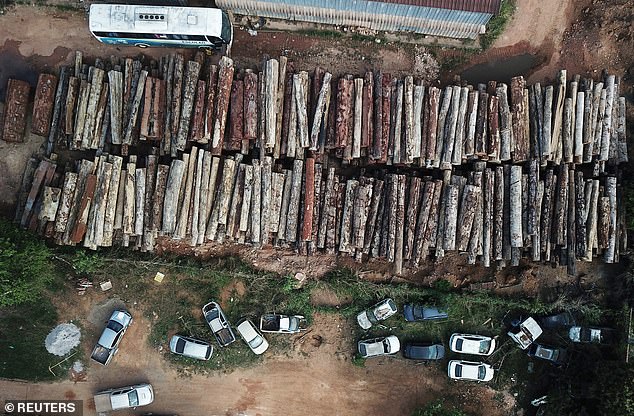 An aerial photo taken September 2, 2019 shows logs that were illegally cut from Amazon rainforest in the Brazilian state of Pará

Last year, in Mr Bolsonaro’s first year in office, deforestation spiked by 85 percent to an 11-year high, according to data from the Brazilian Space Research Institute (INPE).

He deployed the military to restrict the damage caused by wildfires, illegal logging, mining and farming on protected lands.

As of today, the army has once more been authorised to step in and try and prevent damage to the world’s most important carbon sink.

However, the armed forces have only been given authorisation to tackle fires and deforestation.

This, according to Dr Erika Berenguer, an ecologist at Oxford and Lancaster Universities, does not tackle the cause of the problem.

‘[It] is like me taking paracetamol because I have a toothache: it’s going to reduce the pain, but if it’s a cavity, it’s not going to cure it,’ she said.

The Amazon is the world’s largest tropical rainforest, and scientists say its preservation is vital to curb global warming because of the vast amount of greenhouse gas that it absorbs. 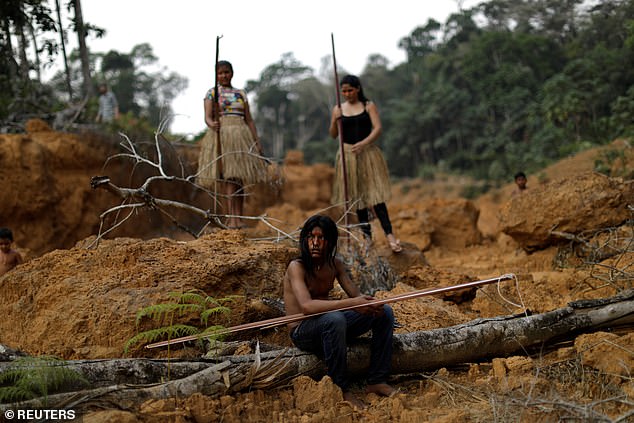