A previously deported immigrant who returned to live in the US illegally has been accused of shooting his co-worker multiple times with a nail gun.

The victim, 24-year-old Andres C. Marcelo, was rushed by Life Flight to an area hospital and is in stable condition after suffering multiple nail impacts.

Molina was deported from the US in 2012 after a local arrest in Oregon, an Immigration and Customs Enforcement spokeswoman told the Daily Caller.

The horror incident unfolded last Friday at around 10am, in the town 15 miles southeast of downtown Portland.

Police say that Molina suddenly snapped inside the partly constructed home and shot the victim with a pneumatic nail gun several times.

Investigators haven’t revealed a motive in the attack. 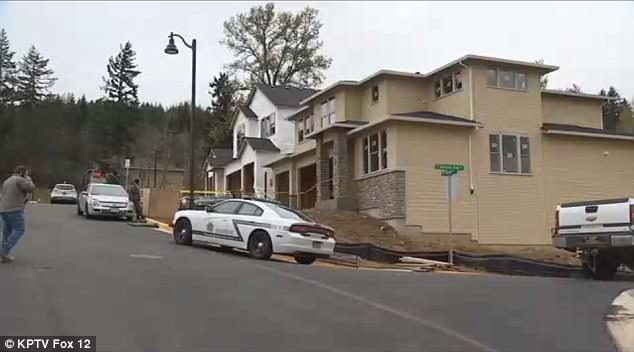 Medics are seen unloading the victim, 24-year-old Andres C. Marcelo, from the helicopter that rushed him to an area hospital. He is currently in stable condition

The suspect fled the scene on foot and police launched a manhunt that lasted the entire day and overnight, KTPV reported.

Molina was taken into custody early in the morning of April 14.

ICE has issued a detainer requesting that the Clackamas County Sheriff’s Office notify the federal agency before releasing Molina.

But local officials are barred by Oregon state law from complying with such requests. 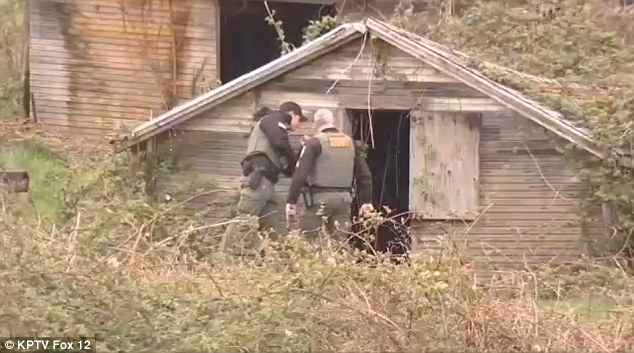 ‘Even though we lodged a detainer, due to Clackamas County’s policy of non-cooperation, it is unlikely that ICE will be notified in the event Ascencio-Molina is released from custody before his criminal case is resolved,’ ICE spokeswoman spokeswoman Carissa Cutrell told the Daily Caller.

‘The county does not notify us of releases,’ she added.

Oregon’s sanctuary state laws are among the strictest in the nation, prohibiting local law enforcement from using any resources to cooperation with federal immigration authorities.

It is unclear when or how Molina reentered the US after his removal in 2012, Cutrell said.

Molina is currently being held in Clackamas County Jail pending bail of $500,000.