I am 41 years old and have a Sipp currently worth £150,000. I currently contribute £16,000 to it annually. I am concerned about hitting the Lifetime Allowance and the tax implications.

I am confused by a lot of the advice online as even when they talk about the Lifetime Allowance limit, it uses examples of pension pots around £200k. I cannot find a place where the issue of a pension pot continuing to grow after crystallisation is addressed.

I doubt I will need to take a lump sum when I retire. I also use my annual LISA and ISA allowance.

Steve Webb replies: The Lifetime Allowance creates a lot of confusion so it might be worth a recap of how it works before going on to address your specific question.

The purpose of the LTA, in simple terms, is to make sure that any given individual does not get more than their fair share of pension tax relief over the course of their lifetime.

Within limits, contributions into a pension are normally free of tax, money inside a pension pot builds up largely tax free, and a quarter of any pot can be taken as a tax free lump sum at the end – with the rest usually taxed as it is drawn out in the same way as any other income.

This makes pensions attractive from a tax point of view (something the Treasury is very aware of) and that is why there has been a lifetime allowance since 2006.

What the LTA does is keeps a ‘running tally’ each time you set up some of your pension wealth for access.

In pensions jargon, each time you start to take some pension – for example, by retiring in a final salary pension scheme or by moving a pension pot into a drawdown product – this is called a ‘Benefit Crystallisation Event’.

There is a long list of these events, but in simple terms they are usually occasions when you move from building up a pension pot to drawing it. (They can also apply for lump sums and/or sometimes when you reach age 75).

Every time you crystallise some pension wealth, the pension provider measures the value of your withdrawal as a percentage of the prevailing LTA.

The current LTA is £1,073,100 and this will be frozen until 2026. If, for example, you currently took £10,731 out of a pension pot and used it all to buy an annuity you would get a letter from the annuity provider saying you have just used up 1 per cent of your LTA.

A similar calculation is done each time you crystallise your pension savings. When you ask your pension provider to use your money in this way they should ask you how much of your LTA you have used so far from previous crystallisations so that they can check you are still under 100 per cent.

If your crystallisations go above 100 per cent of your LTA, you haven’t broken the law, but you do face a tax charge.

This can work in one of two ways:

– If you are taking this latest slice out in full as a lump sum, the provider will deduct a 55 per cent LTA tax charge before giving you the money; no further tax is then due;

– If you are taking this latest slice in the form of income provision– for example, buying an annuity or putting it into a drawdown product from which you will take income as and when you want to – the provider will deduct a one off 25 per cent LTA tax charge at source and then deduct normal income tax on the balance as you draw it. 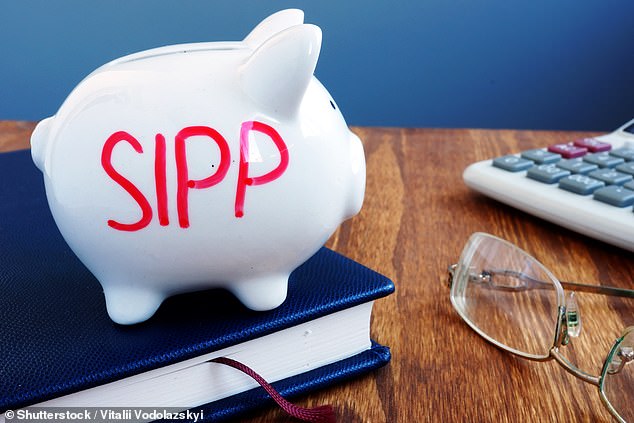 Get clued up: Steve Webb thinks our reader could benefit from speaking to an adviser

In many cases this means that, by the time money is being paid out to you, any LTA issues around that money will have been dealt with.

However, there is a catch which may be very relevant to what you are suggesting. For drawdown products, as well as testing against the Lifetime Allowance when you move the pension pot into the product , the provider has to do a further test when you turn 75. This would pick up any growth in your drawdown pot since you first set it up.

For most people, most of the time, this would not be an issue. This could be because they steadily take money out of their drawdown pot (and paying regular income tax as they go) with the result that the pot was lower at age 75 than when it was set up. In this case no further LTA would be used up.

But if you were to do as you suggest and take ‘nominal’ income which was lower than the investment returns then the increase in the pot would count against your LTA at age 75.

This is not a problem if you still have spare LTA at that point. But if you had already used up 100 per cent of your LTA at age 57 when you moved money into the product (and/or from pension savings anywhere else), you would face an LTA tax charge at age 75.

One way round this would be to ensure that you have taken out all the investment growth before the age of 75, though you would face income tax on such withdrawals.

Whilst I can’t give you individual financial advice, a decision on whether to stop pension saving later in life might be influenced by your employment status at the time.

If, at that stage, you are a member of a workplace pension scheme which benefits from an employer contribution, it might work out for the best to continue saving in a pension even though you expect those funds will take you over the LTA.

This is because the value of the ‘free’ employer pension contribution could more than offset the tax charge that will be generated.

As you will see, these are complex areas and the rules by the time you are old enough to access your pension could be very different.

For that reason I would strongly encourage you to take independent financial advice, especially if we are talking about how to make best use of a £1million plus pension pot and other savings.

Indeed, I would encourage you to speak to an adviser now who could review whether your current combination of pension plus LISA plus ISA is the right mix going forward.