‘I’m 70 years old and could beat the sh*t out of you!’: Pensioner rants at London bus driver

‘I’m 70 years old and I could beat the sh*t out of you!’: Foul-mouthed pensioner rants at London bus driver who tells him to ‘start walking, c***’ in row over whether he missed a stop

This is the bizarre moment a furious pensioner threatens to ‘beat the s**t’ out of a London bus driver.

The pair launched a war of words against one another after the 70-year-old Scot boarded the bus in Camden, London, before moaning at the driver.

In the video, the angry passenger is heard saying: ‘Oh, shut up!’ before the driver tells him to ‘start walking, c*nt!’ 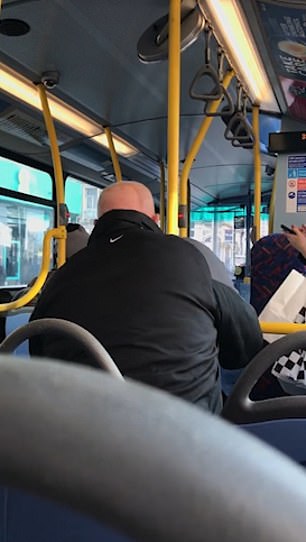 After taking a seat in the priority accessible seating the pensioner wages a torrent of abuse up the aisle to the driver as he tries to complete his route with the abusive passenger on board.

Other passengers try to keep the peace, pleading with the man to stop raising his voice.

A female customer can be heard saying ‘oh please be quiet’ from behind the man as another secretly films the encounter.

As the heated exchange intensifies, the pensioner bellows: ‘I’ll f***king punch your head in!’

The driver responds: ‘Yeah, I’ll do the same thing!’.

The pensioner quips: ‘I’m 70-years-old and could beat the sh*t out of you!’ 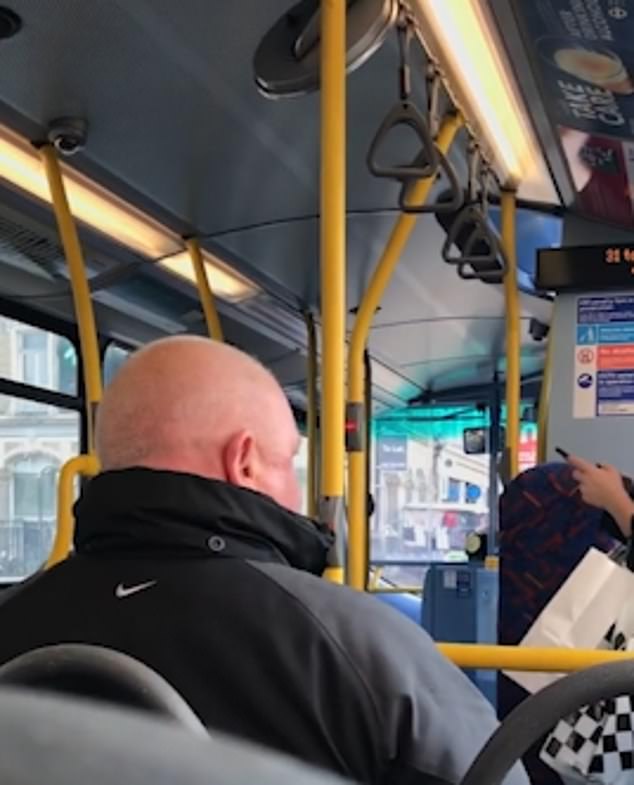 A witness said the man appeared to have drunk too much, leading to his abusive behaviour

The altercation took place on the number 31 bus from Camden to White City in London.

A witness said the man disembarked the bus after the footage ended, before continuing swearing at the bus driver and shouting through the window.

They said: ‘The Scottish bloke started complaining because the driver stopped a little further up the road and not directly at the bus stop.

‘The bloke had clearly had too much to drink but he was upsetting other passengers.’