I’m A Celebrity: Cliff Parisi and Andy Whyment head to the Wild West in the show’s biggest trial yet

I’m A Celebrity Get Me Out Of Here newcomers Cliff Parisi and Andy Whyment have gone down a storm with viewers, as they proclaimed the soap duo have ‘saved the series.’

The acting duo faced the toe-curling Bushtucker Trial Frontier Of Fear, and as well as winning eight stars for the camp they left fans in hysterics with their behaviour in the ‘iconic’ challenge.

As if the pair couldn’t have had a more positive reception, Andy earned even more support when he admitted to being a die-hard fan of the show since its first series, with some comparing his excitement to ‘a competition winner.’

Amazing! I’m A Celebrity Get Me Out Of Here newcomers Cliff Parisi [R] and Andy Whyment have gone down a storm with viewers, as they proclaimed the soap duo have ‘saved the series’

As EastEnders star Cliff and Coronation Street veteran Andy headed into the appropriately named OI’ Dingo Town, they were told that over the next few days all of the trials would be based in the site.

Hosts Ant McPartlin and Declan Donnelly told the pair that they were becoming I’m A Celebrity’s first ever ‘jungle outlaws,’ and they would be facing rough conditions, and basic rations of rice and beans by heading to the Jungle Jail.

Before that the pair would be facing the Trial Frontier Of Fear, which would see them enter two different buildings in Ol’ Dingo Town and rummage through the critters to find a total of ten stars.

‘I’ve had a big breakfast I don’t care’ laughed Cliff. 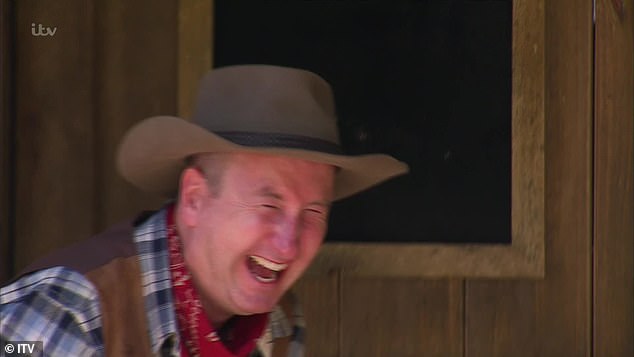 Hysterical: Andy – who plays Kirk Sutherland on Coronation Street – delighted fans with his excitement, after admitting he was a die-hard fan of the show 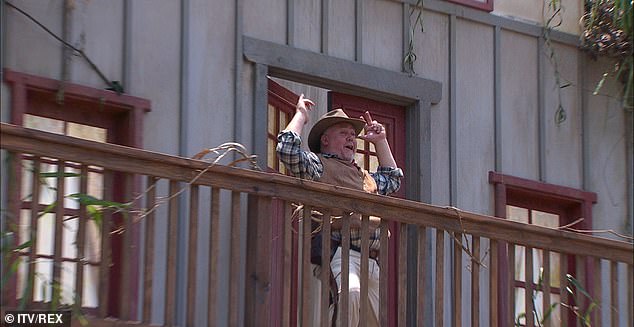 Here he is! Cliff also warmed to fans with his energy, as he and Andy took part in the first Wild West-themed trial called The Frontier Of Fear

Andy – who admitted he was a die-hard fan of the show – was up first and headed into the ‘General Gore’ was immediately repelled by the stench of rotting offal and fish guts. He rummaged through the mess and eventually found all five stars with just seconds to spare.

Next up, Cliff had to enter ‘Buffalo Bill’s Bungalow’ – where he was greeted by two buffalo.

The actor wasn’t particularly fazed and moved around them with ease and had to place his hands into a endless Hell Holes to try and find the stars. 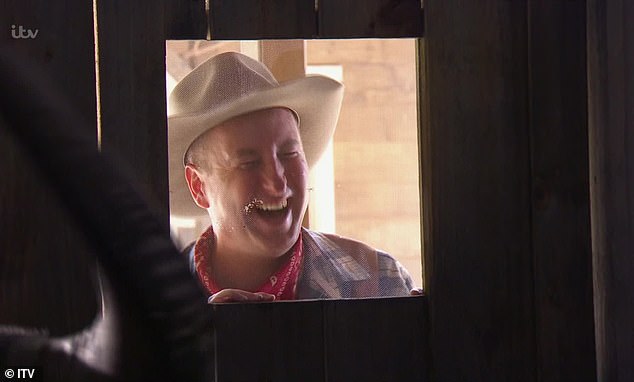 So funny: Andy delighted I’m A Celebrity fans with his encouragement of Cliff during the Trial. The pair went onto win eight stars for the camp 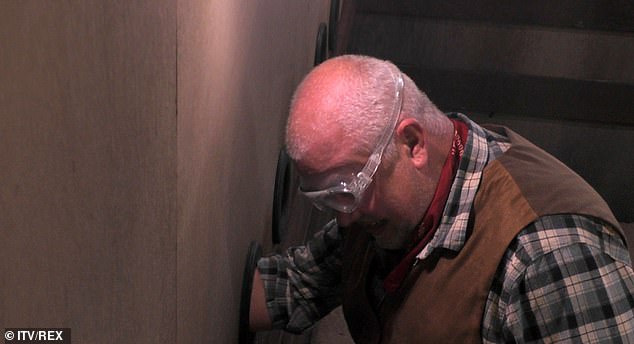 Determined: Neither Cliff (pictured) or Andy seemed particularly fazed by the array of critters during the Trial

As Andy cheered on Cliff during the challenge, the Kirk Sutherland actor left Ant and Dec in hysterics with his excitement, as he gushed that he was a die-hard fan of the show since the first series.

Despite Andy’s encouragement, Cliff only managed to find three of the five stars, but the pair were still pleased to have earned eight stars for the camp.

Regardless, Andy and Cliff sent fans into a tailspin, as many of them praised the duo for taking the series to a new level. 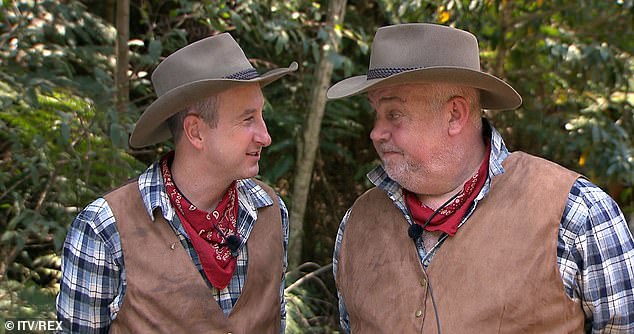 Dynamic duo: After the trial, Cliff and Andy learned that they were heading to the Jungle Jailhouse where they would live on basic rations for the coming days 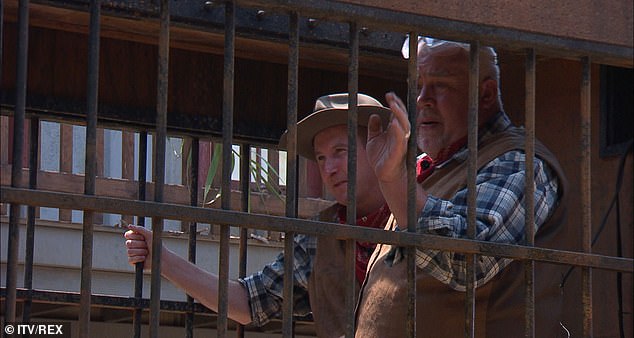 Off they go! The pair were taken to the Jail (otherwise known as Snake Rock with a few added touches) after earning an overwhelmingly positive reception 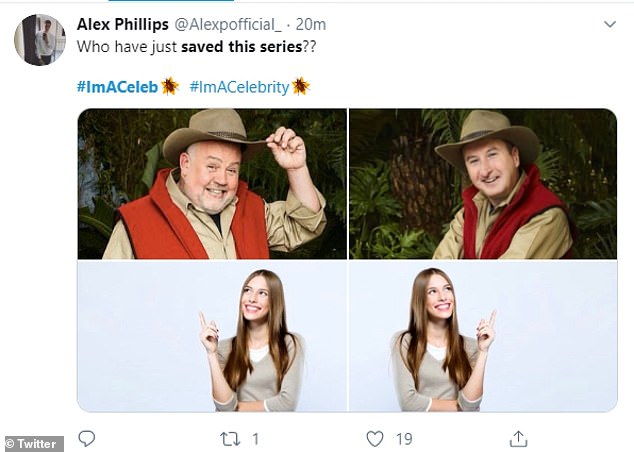 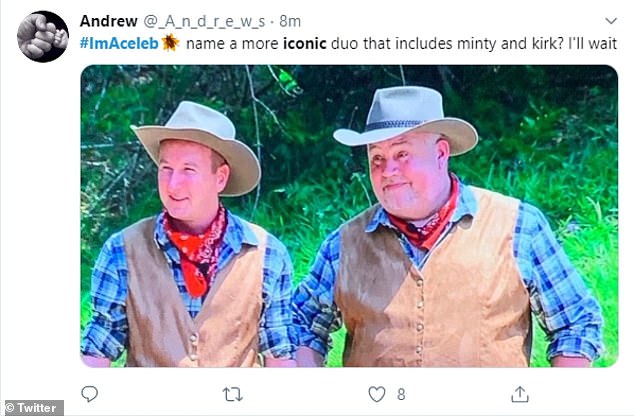 Referencing Andy one posted: ‘He is actually a competition winner that’s gone in the show. Come on Andy you’re already the people’s champion.’

A second wrote: ‘Andy watching Cliff do his trial is the highlight so far.’

A third gushed: ‘Kirk is the best. I’m not even going to call him Andy, he’s Kirk man! Lol.’ 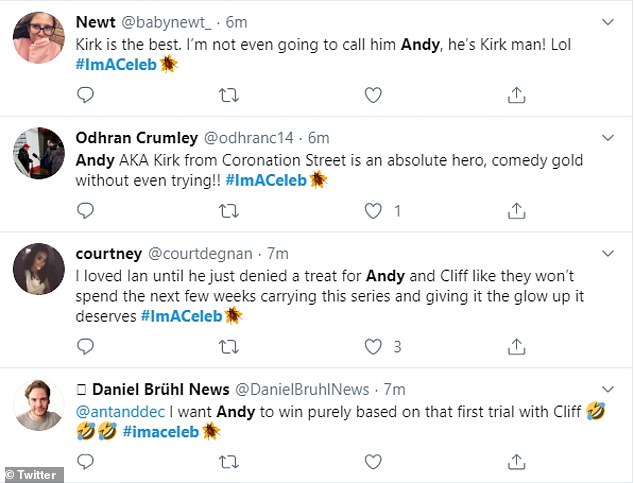 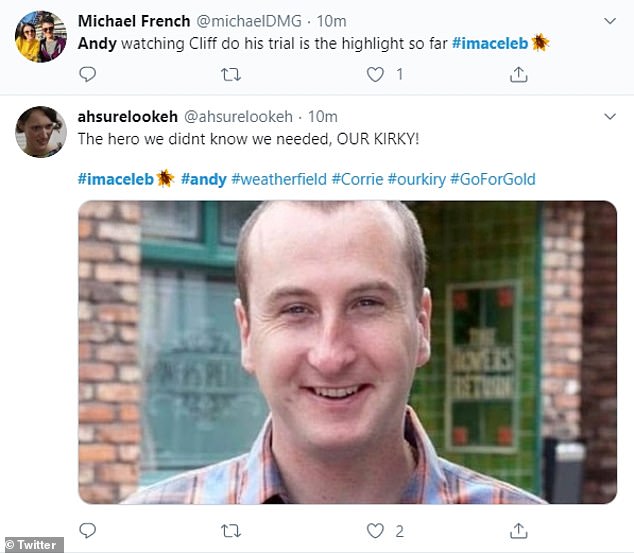 We love them! Fans rushed to Twitter to praise the two actors as ‘iconic’ with many claiming they’ve ‘saved the series’

A fan also posted: ‘Andy fan-boying over the show whilst Cliff has his hand in a box of rats is just iconic.’

‘Andy watching Cliff do his trail is the highlight so far,’ one thrilled fan added.

Just minutes after Andy’s arrival, the soap favourite stormed to the top as the bookies favourite to be crown King Or Queen of the jungle when the series comes to an end next month. 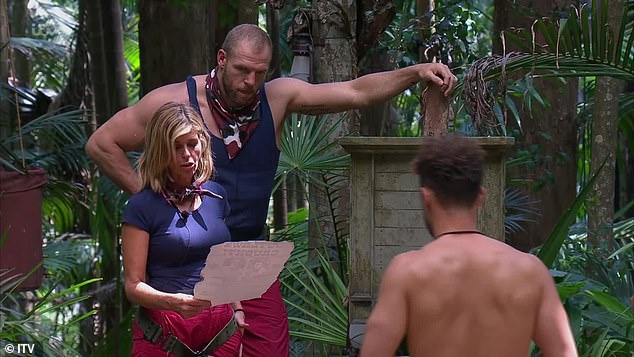 Drama: Back in camp, tensions began to rise following a debate around which two celebrities should join Cliff and Andy in the Jailhouse to share their eight meals

Despite Andy and Cliff’s arrival going down a storm with fans, their trip to the Jungle Jail unknowingly caused tension in the camp.

Kate Garraway announced that the camp had to choose whether to feed the ‘jungle outlaws’ with some of their stars or keep all eight meals for themselves.

Should they decide to share the food, two celebrities would be joining Cliff and Andy in the Jungle Jailhouse.

While Andrew Maxwell and James Haskell insisted they were happy to go the jail, so did Kate and Ian Wright. 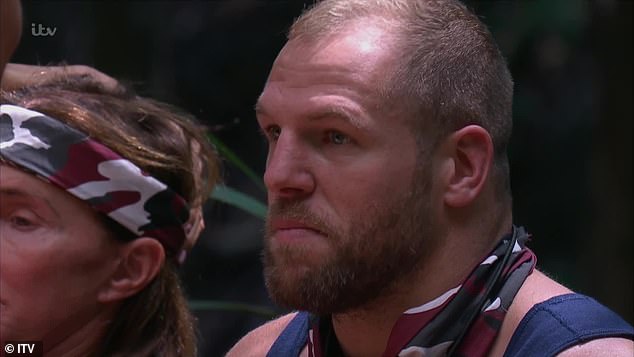 I’ll do it! James happily volunteered to head to the Jail, but it was eventually agreed that they would draw straw, or in this case their named water bottles

Eventually the group decided draw named water bottles, with last two remaining being the ones to head to jail.

Jacqueline hastily excluded herself by admitting she thought the idea of going to the jail sounded ‘scary,’ while Nadine feigned ignorance in a bid to dodge the vote.

Andrew didn’t seem particularly impressed by Jacqueline’s bid to avoid the challenge, saying: ‘I think it has to be everyone in, I don’t think it’s fair to count yourself out.’

James countered: ‘If she doesn’t want to do it, don’t do it.’ but Andrew said ‘It’s an ordeal that has to be shared. It’s not back to Snake Rock, it could be anything.’ 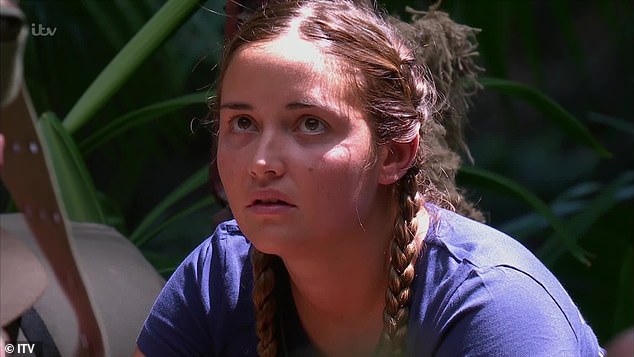 Not me! Jacqueline hastily excluded herself by admitting she thought the idea of going to the jail sounded ‘scary,’ which didn’t sit well with some of the campmates

Adele added ‘I think it’s just anybody that’s up for it. If anyone wants to stay they should be allowed.’

Talking in the Bush Telegraph, an unimpressed Andrew said ‘Jacqueline and Nadine said they didn’t want to go and erm…that’s the end of that…’

Eventually the names were drawn and it was revealed that Andrew and Kate would be heading to the jailhouse, despite James insisting he didn’t mind going if the Good Morning Britain presenter wanted to stay.

Things grew tenser by the minute as Kate snapped that she did want to do, and firmly said that James would stay. 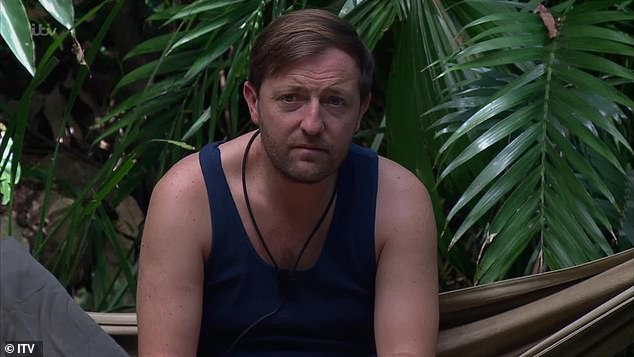 Unimpressed: Andrew didn’t seem convinced by Jacqueline attempts to excuse herself from the Trial, insisting everyone had to chime in 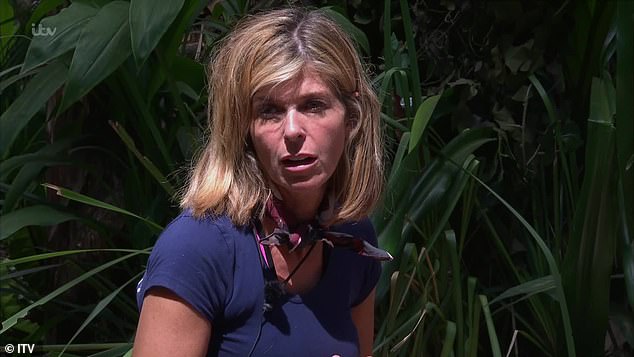 I’ll go! After Kate’s name was one last drawn, she snapped that she would go to the Jail despite doubts from the rest of the camp

Eventually Kate and Andrew did leave for the Jailhouse, and were delighted to be greeted with Andy and Cliff, and later than evening all of the celebrities tucked in Buffalo Wings.

As the show came to an end, Ant and Dec headed into the Main Camp to reveal that Jacqueline would be facing the next Bushtucker Trial at Ol’ Dingo Town, called Snake Motel.

The EastEnders actress couldn’t hide her fear in facing the challenge, especially as viewers learned that she would be heading to the Jailhouse after the Trial.

But it seems that Jacqueline won’t be facing the toils of another Trial alone, as it was later revealed in Extra Camp that she’d chosen Myles Stephenson to join her in the Snake Motel.

I’m A Celebrity Get Me Out Of Here! continues tomorrow at 9pm on ITV. 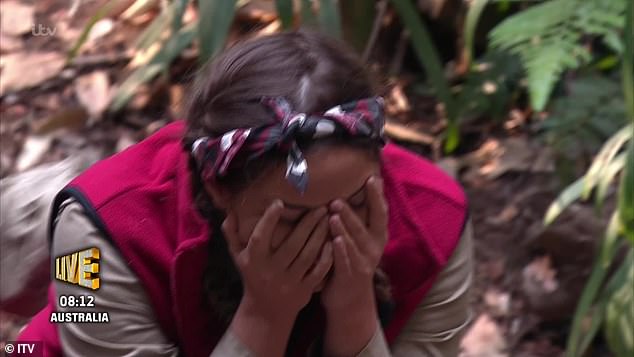 Shocked: After Jacqueline’s refusal, viewers decided that she would be facing the next Bushtucker Trial, which will air tomorrow at 9pm on ITV