She went on a very public weight loss regime and lost two stone before appearing on this year’s I’m A Celebrity.

And Adele Roberts said she changed her life after waking ‘the f**k up’ while on the ‘sugar slide to hell’.

The BBC presenter, 40, lost more than 28lbs in 12 months after embarking on her fitness regime in 2017, and has since launched her own YouTube channel dedicated to her health journey.

Incredible: Adele Roberts said she changed her life and lost two stone after waking ‘the f**k up’ while on the ‘sugar slide to hell’ (pictured: Adele on I’m A Celebrity after losing weight)

In a video posted last year on her channel, called The Fakeaway Factory Past, Present & Future, the star said she went from ‘eating cake every day’ to giving up sugar entirely.

Adele, who used a free app to start her fitness regime, said she ‘woke the f**k up’ and changed her life after she reached 12 and a half stone in 2017.

The app she used saw her pledge to exercise for at least seven minutes a day before building up to 10,000 steps and a 30-minute workout.

In the video, the star said of her old self: ‘That’s all Adele used to do. Eat cake every day. I was on the sugar slide to hell.’ 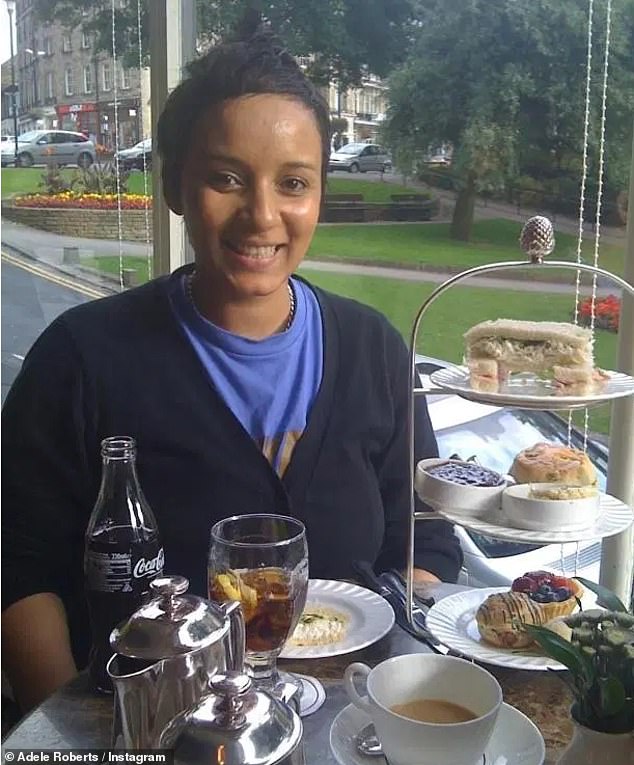 The old me: The star previously proudly posed in front of a sugar-laden cream tea in 2017

And she urged fans to give up sugar and processed food and cook their own meals, as well as do as much exercise as possible.

She said: ‘No added sugar. It’s gone. It’s over now because we don’t need it and it doesn’t help us.

She said as little as seven minutes a day of exercise was a start if people were pushed for time with hectic lifestyles.

‘If you can for thirty minutes a day. If not, 10,000 steps, and if not just start off with your seven minute workout.’ 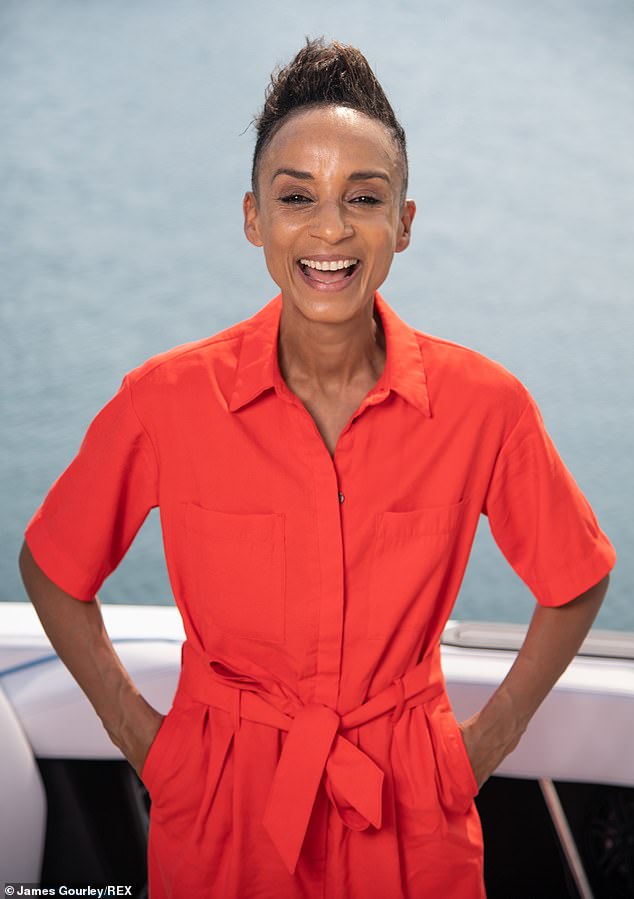 Healthy: Adele urged fans to give up sugar and processed food and cook their own meals, as well as do as much exercise as possible

Last year, the star posted a throwback photo from the previous year of her old, heavier self sitting in front of scones, jam, and coca cola at a cafe.

Alongside the image she wrote: ‘Hi everybody! Past Adele just wanted to wish you a very happy #throwbackthursday.

‘I’ve just told her she’s going to run two marathons in the future. She’s just pissed herself laughing and gone straight to the bottom shelf on that cake stand.

‘It’s never too late to change. Going to take her back to this very spot one day and recreate this photo.

‘Just need to find that bloody t-shirt. It was my favourite. Wore it for Kate’s birthday. 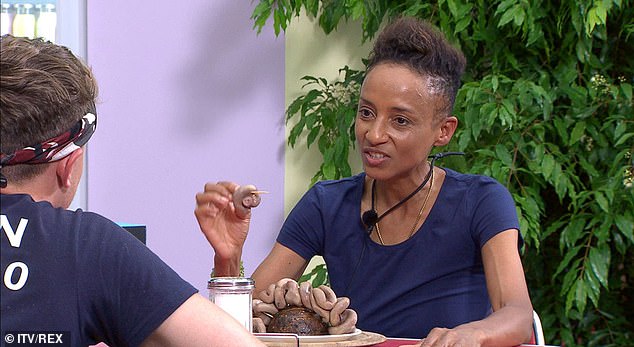 Oh dear: It comes after Adele chowed down on a pig’s uterus, sheep’s feet and camel’s anus during Wednesday’s I’m A Celebrity

‘Thought I was being dead fancy because it’s got Nike in gold on it.

‘Currently telling the story of how this little cherub went from cake stands to WAKING THE F*** UP.’

It comes after Adele chowed down on a pig’s uterus, sheep’s feet and camel’s anus during Wednesday’s I’m A Celebrity.

The star later said on Extra Camp that she felt the uterus burst in her mouth. 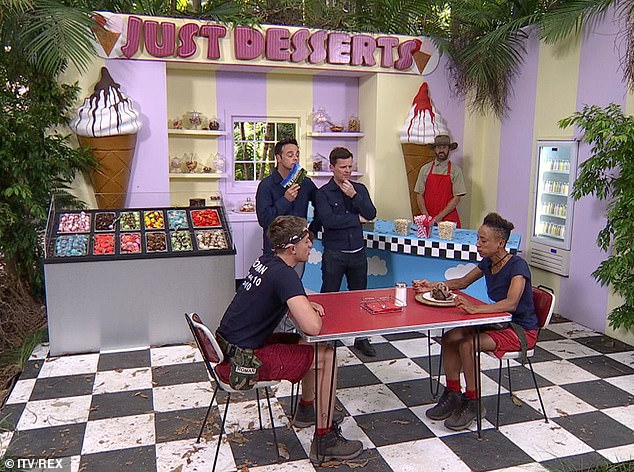