‘I’m sorry Adrian Chiles, but I would say you ARE an alcoholic’, says Dr Max

Relaxed and affable with an easy ‘Brummie’ charm, Adrian Chiles is one of our most high-profile TV and radio presenters — so his admission this week that his life is ‘built’ around alcohol understandably made headlines.

During one of his regular boozy sessions, he’d consumed four pints of Guinness, four bottles of beer, a glass of champagne and five glasses of wine. His intake after being sacked from ITV’s Daybreak in 2011 was the equivalent of six pints of Guinness a day.

In his tell-all interview with Radio Times to promote a BBC2 documentary, Drinkers Like Me (in which he promises to cut down), I was struck by one thing in particular: that while he accepted he was ‘undoubtedly dependent on alcohol’, the word ‘alcoholic’ is outdated, he said — implying, presumably, that he did not see himself as one. 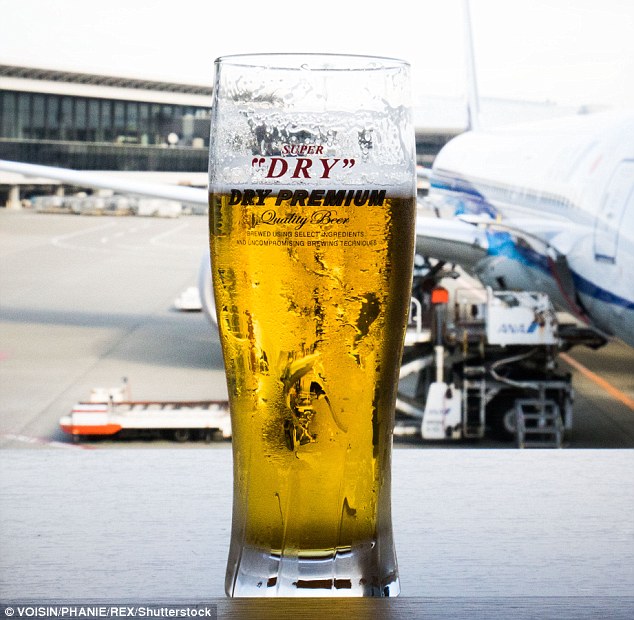 During one of his regular boozy sessions, he’d consumed four pints of Guinness

Well, I’m sorry, Adrian, but from what I’ve read, you are. And you’re not alone in accepting you have a problem while perhaps rejecting the label of alcoholic.

We think of alcoholics as chaotic individuals in a state of perpetual inebriation. The down-and-outs in the park, or the person who needs a stiff drink before breakfast to stop their hands shaking.

Well, not always. Over the many years (and I am not now commenting on Chiles personally) I’ve worked in drug and alcohol services and seen countless professionals, men and women, who appear to have it all — yet every night they go home and essentially drug themselves up with booze.

They are high-functioning alcoholics, rarely seen to be drunk in any loutish way. But those glasses of wine over lunch, the pint in the pub after work, the G&T when they get home and then a glass or two of whatever is already open — well, they’ve become a habit, and clocking up 100 units a week, like Chiles admitted (the recommended limit is 14), is far from unusual.

I’ve counselled many such people, all of whom tell me the same thing: ‘Yes, I know I drink too much, doctor, but no way am I an alcoholic.’

Chiles, like many of those I see in clinic, hasn’t got to the stage where he’s physically dependent — when the body is reliant on alcohol and you get the shakes, or suffer seizures, if you don’t drink. But this is just one aspect of alcoholism. It is the psychological dependency that so often proves harder to treat than the physical addiction — the inability to get through the day or to function in any social environment without a drink in your hand.

In recent years, some doctors and psychologists have eschewed the word ‘alcoholic’ in favour of euphemistic terms such as ‘problem drinker’ or ‘alcohol dependent’, which is how Chiles describes himself.

This isn’t helpful. Calling someone an alcoholic is harsh, but it helps to hammer home the reality and can be the wake-up call they need to change behaviour.

Chronic heavy drinking is the cause of many health problems, from liver disease and brain damage to cancer. It destroys careers and devastates families — and it shortens lives.

That’s a message that shouldn’t be sugar-coated.

Why I tell patients that their pills are expensive

I’ve long been fascinated by the placebo effect in medicine, the psychological phenomenon whereby a patient’s condition improves after taking a ‘remedy’ that has no known therapeutic effect — simply because they expect it to make them better.

Studies show that between 20 and 30 per cent of patients given such a dummy-pill will report improvements.

It’s a perfect illustration of the power of the mind — and of how little we understand about its interaction with the body.

We already know that blue pills are more effective than red ones at treating mental health conditions because patients consider blue to be more calming and relaxing.

And if I’m prescribing an expensive drug, I often tell the patient what it costs, because studies show that the placebo effect is greater when a patient feels there is financial investment in their treatment.

In a new book, Dr Wayne Jonas, a professor of medicine at Georgetown University in Washington DC, says his research shows that for a treatment to have the optimum effect, a doctor must ‘emotionally connect’ with a patient — not just understand their symptoms, but also what the diagnosis means to the person.

In other words, the patient has to feel the doctor really cares.

This is something that all doctors can do — and it’s yet another reason for patients to see the same GP or consultant through the course of their treatment.

Unfortunately, that’s a rarity in the modern NHS.

Getting smokers to vape will save lives

Almost everyone has a view on e-cigarettes — and even more so following the publication of several recent studies suggesting vaping isn’t without risk.

A study of 70,000 people has linked e-cigarettes to an increased risk of heart attack in those vaping daily, while in other research changes in DNA in the mouth has raised the possibility of a link to cancer.

In my view, the evidence for the harmful effects of e-cigs is far from conclusive, and it will be some years before we know what the long-term consequences are.

In the meantime, we know exactly what smoking does to the body and I doubt e-cigs will come close. 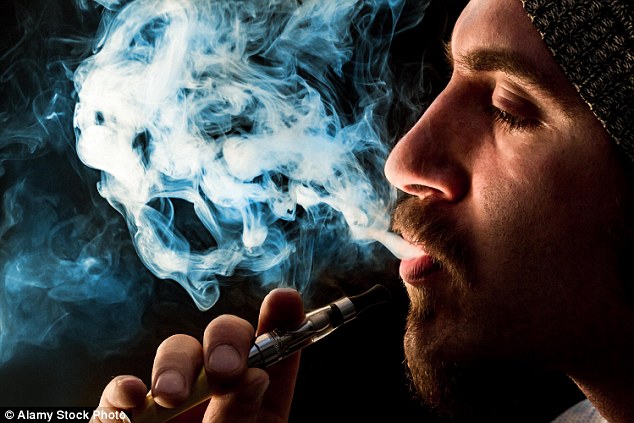 A study of 70,000 people has linked e-cigarettes to an increased risk of heart attack in those vaping daily

I’m a former smoker, but have never vaped myself, although I’ve seen how effective e-cigs are in helping my patients quit. We’d be mad not to make use of this.

A report from the Commons Science and Technology Committee recommends relaxing licensing and advertising rules so that the health benefits of e-cigarettes can be actively promoted.

I completely agree with that view, and disagree with EU murmurings that regulation of the e-cigarette market is needed. Smoking kills 200 people a day in the UK. It’s the number one cause of preventable deaths — and 20 per cent of the population still smokes.

That’s 20 per cent too many, and it is an important public health issue because smoking most heavily impacts the most disadvantaged and vulnerable in society.

So if you are a smoker, switch to e-cigarettes. Short of quitting altogether, it’s the best thing you can do for your health.

SO now we know. Coconut oil is not the ‘super-food’ it’s been hailed as, but is actually ‘one of the worst things you can eat’. According to Professor Karin Michels, a Harvard epidemiologist, it’s worse than lard in terms of saturated fat content. Which confirms my belief that many super-foods are just fashionable fads.

No single food is the key to good health. Instead, as my gran used to say: ‘Everything in moderation, Max . . .

It was claimed by the charity Birthrights this week that women requesting a C-section — often with good reason, perhaps because of a previous traumatic birth — are denied the procedure by more than three-quarters of NHS trusts and are met with ‘judgmental attitudes, barriers and disrespect’. For goodness’ sake why? I’ve assisted at numerous C-sections as well as natural births. Yes, C-sections might cost more, but they’re quick and can be a lot less stressful for mother and baby. If a woman wants a vaginal delivery, then good for her. But the increasingly militant ‘natural birth is best’ brigade should back off on those who don’t.