‘I’m trolled for having a husband hotter than me’

An author has been trolled for having a husband who is ‘hotter’ than her after she shared photos of herself and her partner online.

Hazel McBride, 29, joked on TikTok that she was ‘average-looking’ while her husband was ‘insanely hot’.

In a clip on her page, she gazed up adoringly at her husband of four years while wearing glasses and no make up. The voiceover says: ‘When are we gonna see insanely hot men with average-looking women?’

Her widely-shared video comes after a Canadian influencer shared a video of her toned and sculpted husband and was told by trolls he must have a ‘fat fetish’ to want to stay with her.

Despite Hazel revealing she has been trolled in the past, many people commented on the video to tell her she was good looking.

McBride, an author and podcast host, regularly posts videos of herself and her husband, Paul, who she says is very shy. 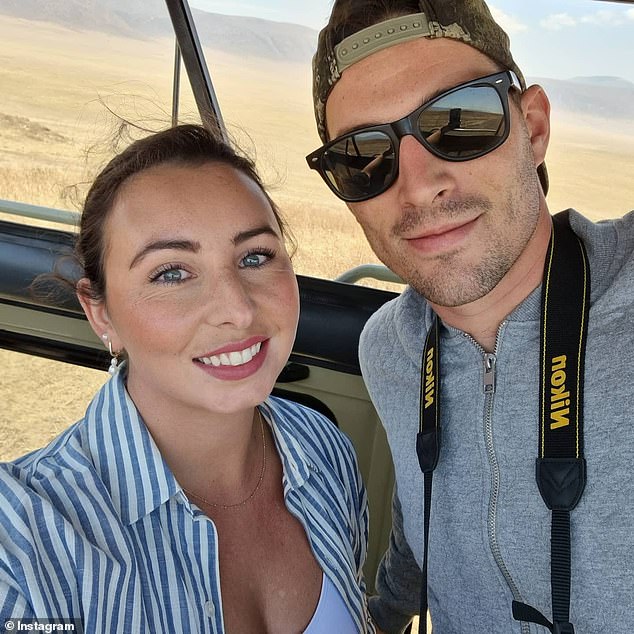 Hazel McBride, 29, is an author and podcast host. She married her boyfriend last year and frequent posts videos of them 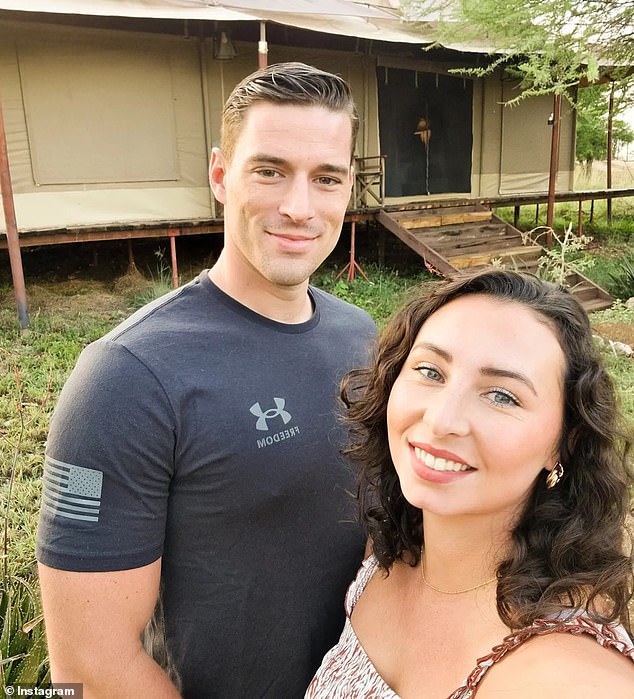 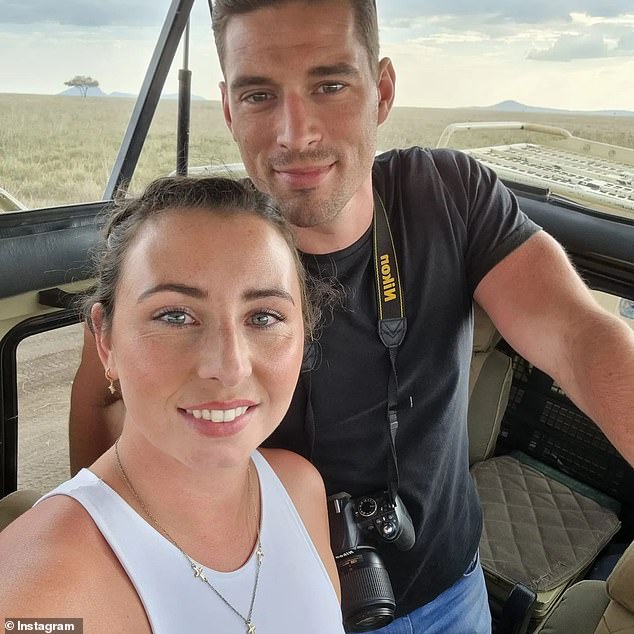 Pictured here in Tanzania: The couple are both attractive, but sometimes McBride thinks her husband is much more good looking than her 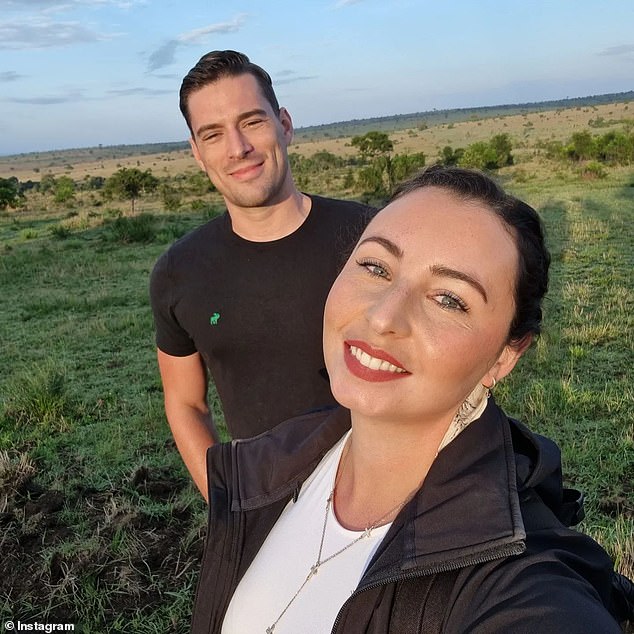 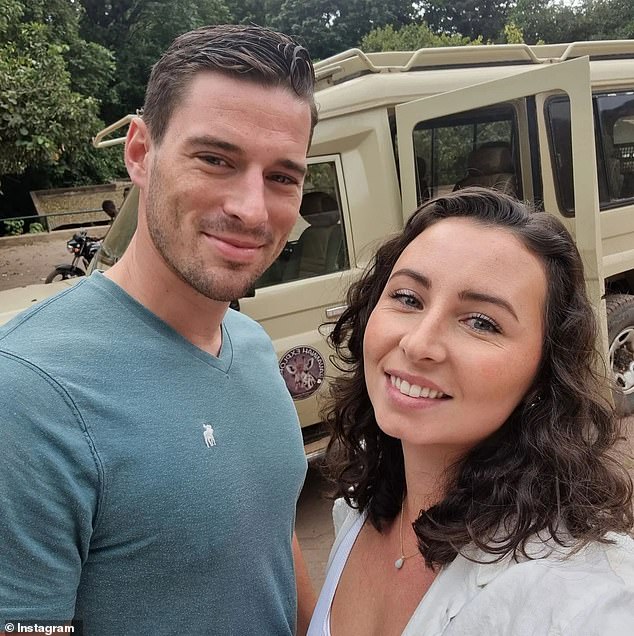 The couple met four years ago on a night out in Tenerife, where she worked as a killer whale trainer.

They now live in Amsterdam and have a dog Whiskey.

As well as posting about writing, Hazel often posts comments about her husband’s  looks.

On their engagement photoshoot, which she shared on TikTok, she wrote: ‘When you get engaged to an extremely handsome man who makes you look like a 4/10 on a good day.’

Despite this she has said that she still feels ‘secure’ around her handsome husband.

TikTok users gushed over the recent post, which amassed millions of views.

Another added: ‘I am confused sis. Don’t put yourself down like that.’ 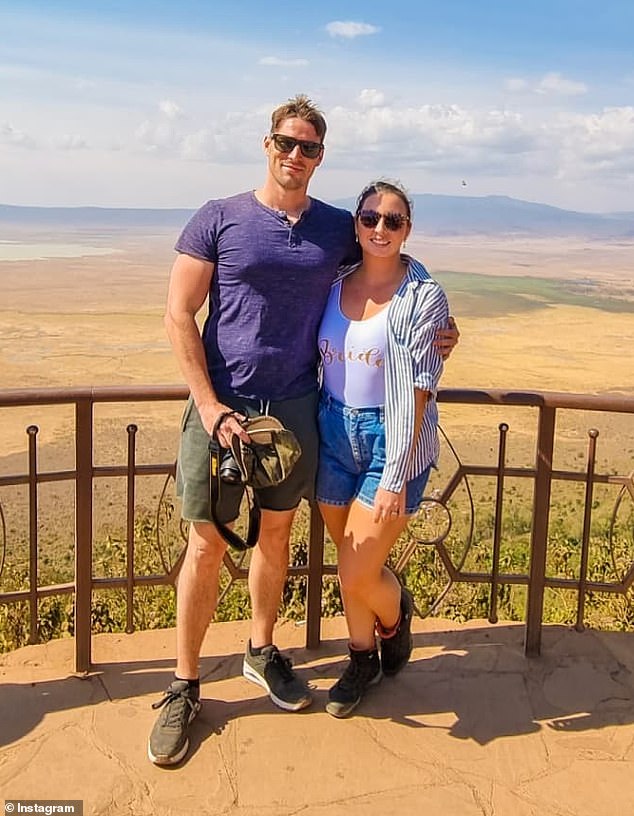 Hazel, pictured here, is a podcast host and author of several books and also considers herself to be a coach 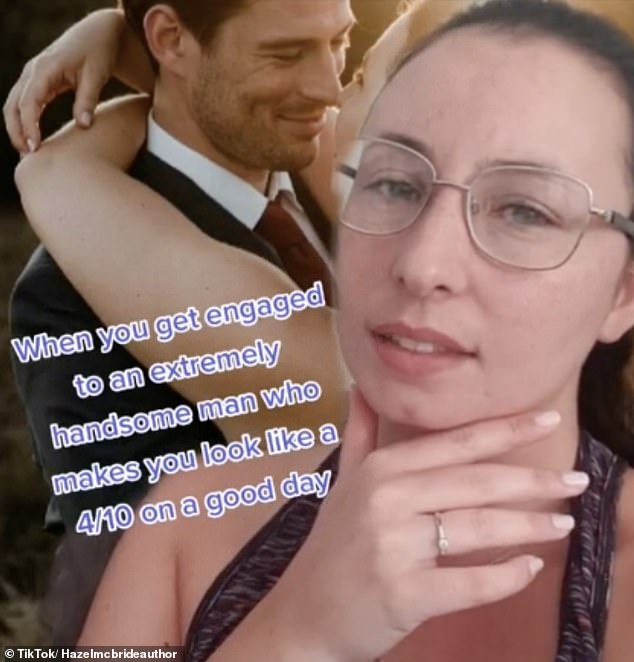 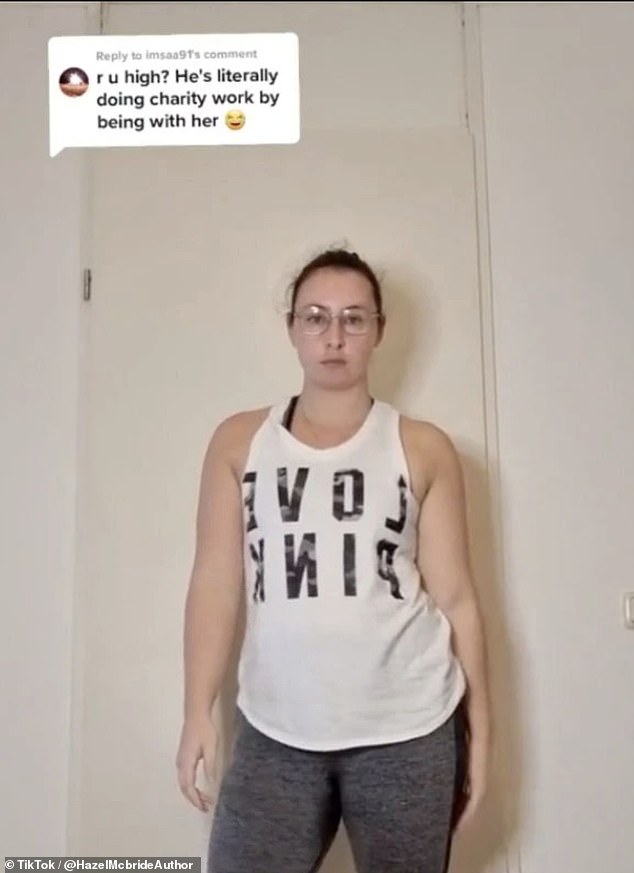 One troll posted that Paul was doing ‘charity work’ by being with author Hazel McBride, because he was better looking

The video received 7,601 comments, with some agreeing she was less attractive than her husband and fiercely arguing against the idea.

One user asked if she was fishing for compliments, while another asked if it made her self-conscious.

To this, McBride, who hosts the No Such Word As Can’t podcast, replied, ‘Nope! I am so secure in our relationship and in myself.’

Another wrote that her husband probably ‘cares about inner beauty instead of looks.’

But McBride joked back that it was because his personality is average while hers was ‘banging’.

More people came to defend her in the comments section.

One wrote: ‘When a man calls himself average he is being humble or funny but when a women does it it is fishing for compliments???’

But Hazel has been trolled for her looks in the past.

One user previously wrote: ‘He is literally doing charity work by being with her.’

The recent video is part of a TikTok trend where relatively un-glamorous women take to the platform to declare how proud they are of their more attractive-looking partners.

She wrote: ‘We’ve been made to believe that somebody who is physically fit like Scott could never in a million years be in love with or compatible with a fat woman.

‘And that’s solely because the world has taught us that we have to value our worth [based] on our bodies.’

The body activist added: ‘Or they try to decrease his side of the equation by saying he must be gay, or he fetishes fat women.’

But some commentators wrote that he should be with someone thinner than her.