From bobby pins to loose change, there are certain things that always seem to inexplicably disappear.

But a couple who work as property managers have busted open the myth about disappearing laundry after they discovered dozens of socks, underwear and even a credit card trapped inside a broken washing machine.

Speaking to Bored Panda, Cathy Hinz from California who manages a manufactured home park, revealed that her husband made the discovery after he decided to try and fix a washing machine that ‘was just not working properly’. 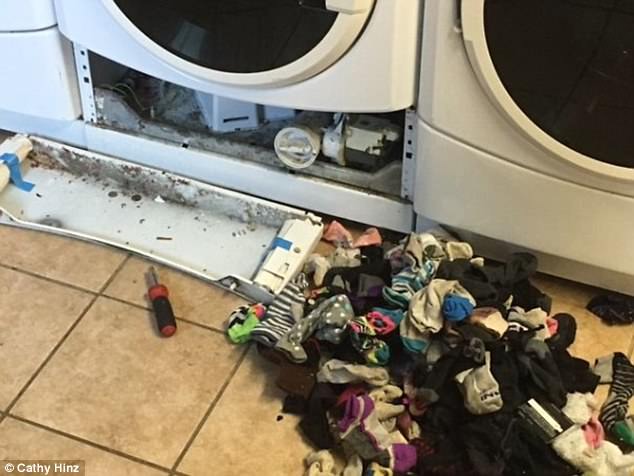 Trapped: Cathy’s husband discovered dozens of socks, underwear and even a credit card trapped inside the broken washing machine when he removed the bottom panel 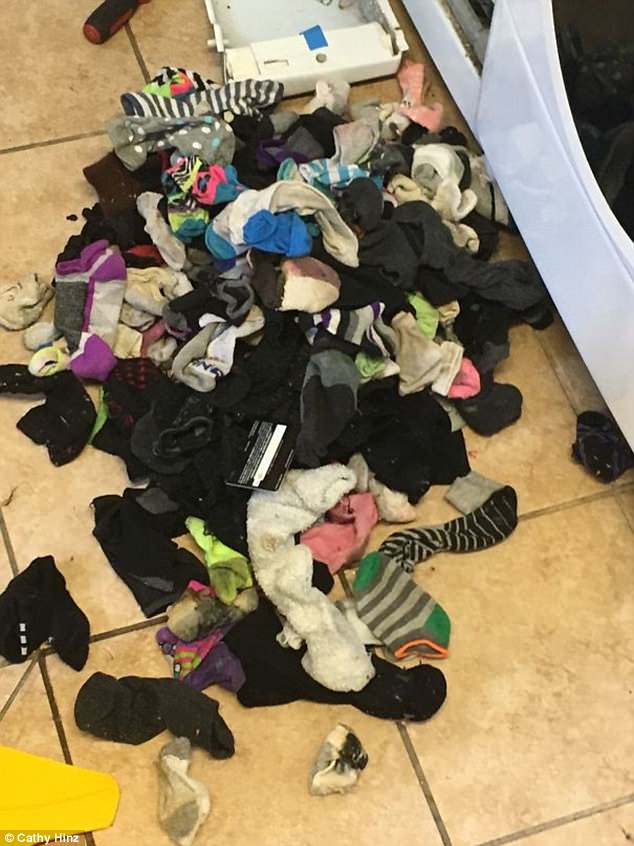 Not working: Her husband decided to take the machine apart as it was not working properly 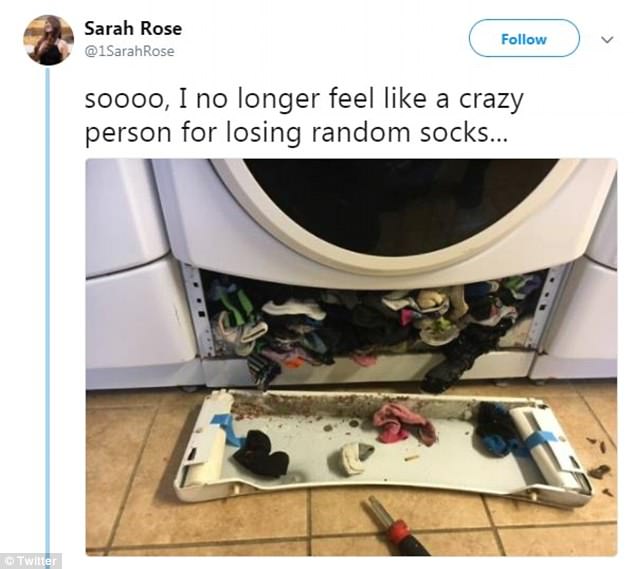 Viral: The post has since gone viral on Twitter after a women named Sarah Rose posted one of the pictures to her profile

After her husband decided to take the machine apart, he removed the bottom panel and was shocked to discover dozens of misplaced items that had been trapped inside.

When he removed the water pump that removes water from the machine, he also found around $7 in loose change.

‘Now, for those of you that SWEAR, your machine eats your small things, and have been told by ‘professionals’ and others that this fable just is not true… Here is the proof!’ Cathy shared.

‘So next time you are missing socks, just remember! That washing machine might just be hungry!’ she added.

The post has since gone viral on Twitter after a women named Sarah Rose posted one of the pictures to her profile with the caption: ‘soooo, I no longer feel like a crazy person for losing random socks…’

Huge response: Thousands of people have responded to the post and several people have left comments about the pictures 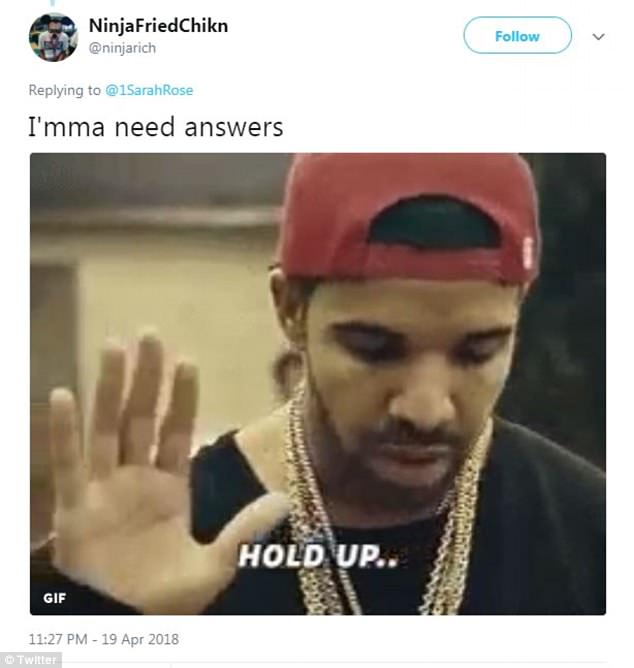 Answers: One person shared a meme and joked they needed answers 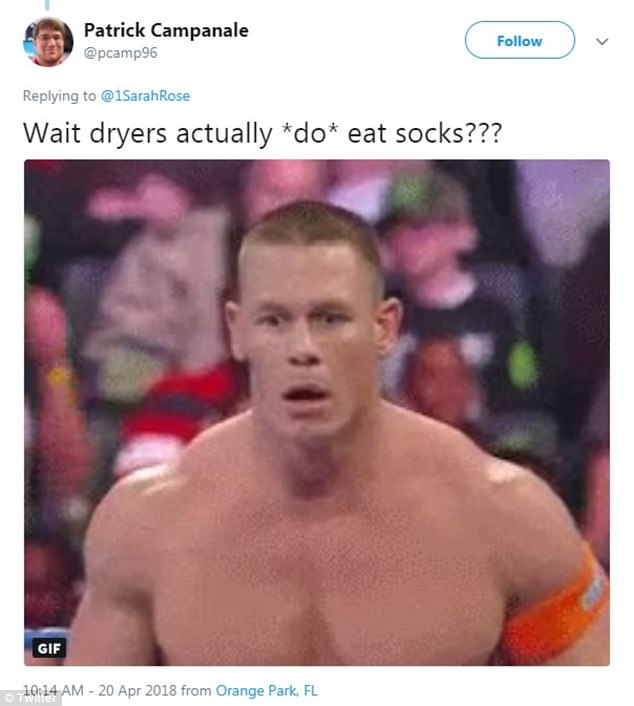 Shock: Another man joked that he couldn’t believe machines could eat socks

Additional items: One man joked about missing Tupperware lids in his tweet 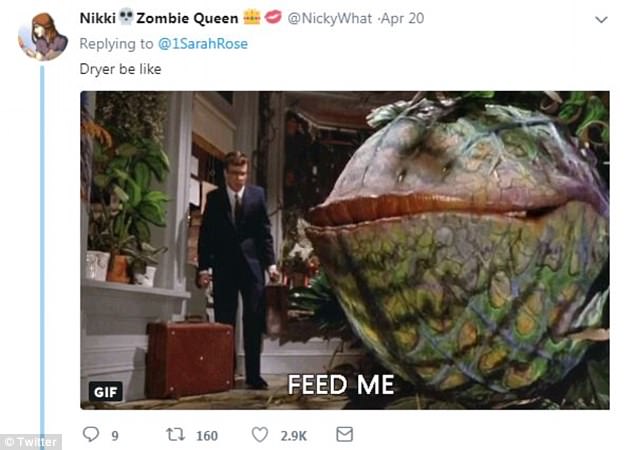 Big appetite: Another person tweeted a picture of a large fish with the caption ‘feed me’

Twitter user @rtildensmith joked in response: ‘Hell, I think I see one of my socks in there.’

While @Lena advised: ‘This is why I now only wash my socks inside one of those lingerie wash bags.’

However, most people commenting made jokes about disappearing items and

While @HongPong shared: ‘Woh you found the gateway to the hidden universe, the virtual sock particle bridge’.

A sentiment shared by @Kathy_Darling who typed: ‘Indisputable proof that sock gmomes exist’.