A 75-year-old man has captured the hearts of thousands after photos of him napping with the cats at his local shelter went viral.

‘We are so lucky to have a human like Terry. Terry just came along one day and introduced himself. He said he’d like to brush cats. Eventually it became everyday,’ the shelter’s founder Elizabeth Feldhausen wrote on Facebook.

Heartwarming: Terry Lauerman, 75, has become an online star after photos of him napping with the cats at Safe Haven Pet Sanctuary in Green Bay, Wisconsin, went viral 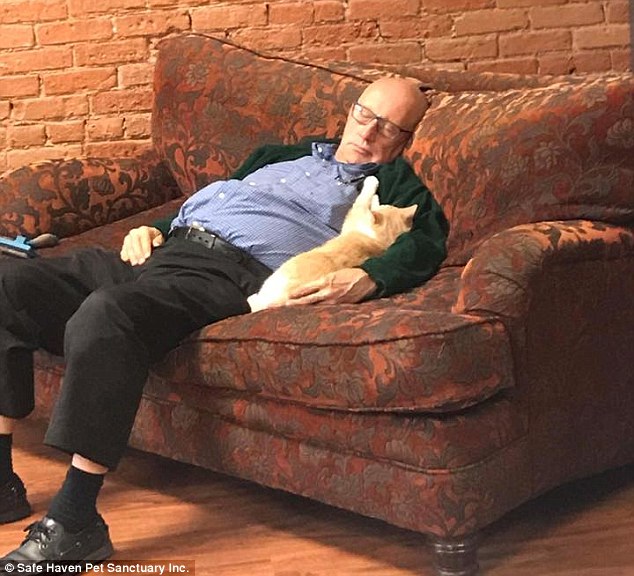 Literally cat napping: Terry visits the shelter daily to brush the cats, but he often ends up falling asleep wit them

She went on to say that Terry brushes all of the cats and knows all of their likes and dislikes. As for his tendency to nap on the job, they couldn’t be happier about it.

‘He also accidentally falls asleep most days,’ she explained. ‘We don’t mind – Cats need this! Terry is a wonderful volunteer #nappingencouraged #grateful.’

In one image he is lying across a couch with a cat nestled between his legs, and others show him sitting up with rescues resting under his arms. 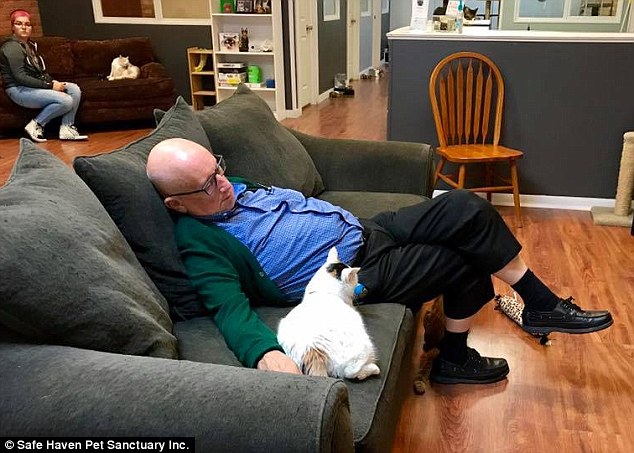 Fan club: Elizabeth continued to share updates about Terry in the comments section of the post, which has received more than 73,000 likes

Social media ban: She explained that he doesn’t even have Facebook because ‘he can barely even keep up with his emails’ 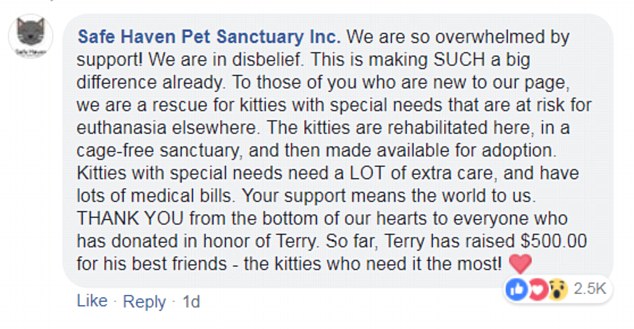 Generosity: After the photo went viral, donations started pouring in. Elizabeth eventually set up a fundraiser for the Safe Haven Pet Sanctuary in Terry’s name

Thousands of people have also taken to the comments section to praise Terry, with some saying they want to be just like him.

‘Tell Terry he is my spirit animal and I want to be like him when I grow up,’ Nicki Cottrell wrote, while Casey Nicole added: ‘Terry is clearly living his best life! Those look like the best kind of naps.

In the comments section, Elizabeth explained that Terry doesn’t even have Facebook because ‘he says he can barely even keep up with his emails.’

Hero: People took to the comments section to praise Terry, while some were admittedly jealous of his daily cat naps

The founder said Terry was shocked when she told him how many Facebook users viewed the post, but he wasn’t interested in the fame – he wanted people to donate to the shelter.

Terry’s wish came true when donations started pouring in after the photos of him with the cats went viral.

The non-profit cat sanctuary and adoption center specializes in rescuing felines with physical or psychological disabilities with the goal of helping them find new homes. 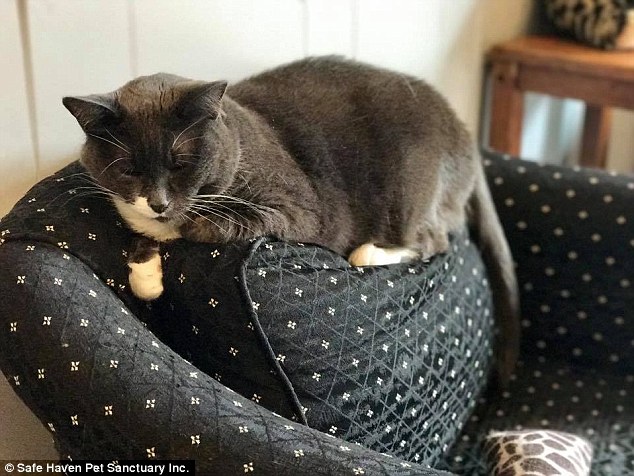 Good cause: The cage-free cat sanctuary and adoption center specializes in rescuing felines with physical or psychological disabilities with the goal of helping them find new homes 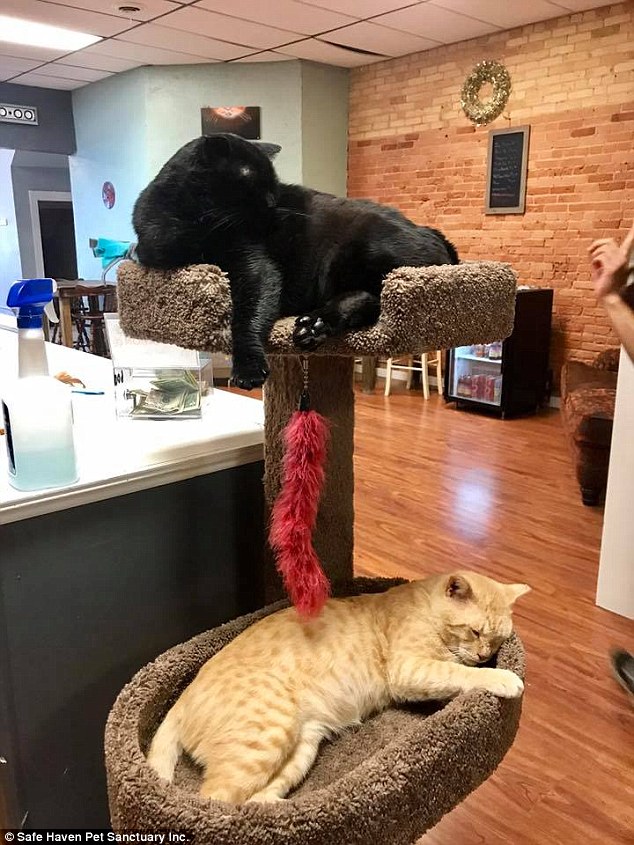 Happy news: Elizabeth revealed that the sanctuary usually receives $3,000-$4,000 in donations per month, but they have reached more than $30,000 this week

To keep up with the donations, Elizabeth set up a fundraiser for the Safe Haven Pet Sanctuary in Terry’s name.

At the time of publication, it has received more than $5,400 in donations for the rescue cats that Terry loves so much.

‘The proceeds will likely go to adding additional quarantine rooms, so that we can save more cats more quickly, vet bills, and re-insulating the building so that we are more energy efficient this winter,’ Elizabeth explained.

‘We’ll have more than enough for all of those things, so some will go to savings and be our “rainy day fund.”‘