By Alex Brummer City Editor For The Daily Mail In Washington

A decade of super-low interest rates and profligate government spending poses the most serious risk of a financial crisis since the collapse of Lehman Brothers in 2008, it said in a hard-hitting report.

The IMF told Western governments they should build a financial buffer to help them weather the next crisis.

It will be seen as a rebuke to Labour plans for higher spending that would plunge Britain deeper into the red, with Shadow Chancellor John McDonnell intending to nationalise swathes of industry.

Overall private and public debt are already equal to 225 per cent of global economic wealth, the IMF warned, with nations 12 per cent deeper in the red than 2009 – the time of the banking bailouts.

China was responsible for much of the increase but the IMF was highly critical of Western governments – most notably the United States – for failing ‘to build a fiscal buffer for tempestuous times ahead.’ 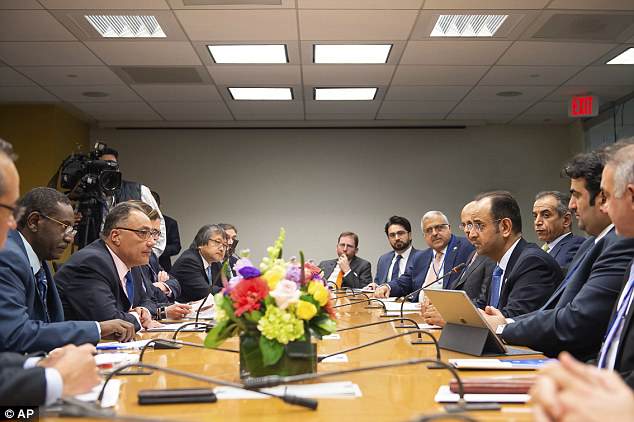 In the US, debt stands at 108 per cent of national output and in Japan the level is 206 per cent.

However, UK debt as a percentage of output is projected to drop to 86.3 per cent this year.