Immigration judge ‘has little idea of the law’

A ‘shambolic’ immigration judge ‘with very little idea of the law’ was condemned over 13 cases.

In an unprecedented ruling, a tribunal chaired by three senior judges found Dr Amir Majid was ‘wholly failing to meet the standards demanded’.

In nine of the cases the 63-year-old judge, who is blind and uses a wheelchair, unlawfully ruled that migrants and asylum seekers could stay in Britain.

A senior immigration barrister last night told the Daily Mail he suspected Dr Majid, who remains a judge, has long avoided the sack because the Ministry of Justice fears he would claim discrimination.

The tribunal considered 13 rulings made by the immigration appeal judge at Taylor House, in Islington, north London, that were later successfully overturned.

In one case, he spoke of a Bangladeshi asylum seeker being a homosexual even though the man made no such claim.

The senior judges, led by Judge Mark Ockelton, vice president of the Upper Tribunal (Immigration and Asylum Chamber), said of the 13 cases: ‘Every one of the decisions shows error of law, in most cases serious error, in most cases multiple serious errors.

‘To be frank, in none of the decisions under appeal does he give the least reason to suppose that he is aware what the relevant requirements of the immigration rules are.’

Most of the cases involved Judge Majid accepting appeals by migrants against Home Office orders to leave Britain.

He accepted one key witness was British simply because they recited aloud what they claimed was their passport number – without giving any documents as proof.

Among his other numerous errors was wrongly claiming the best interests of the children create ‘a knockout element’. They are actually one factor among others. 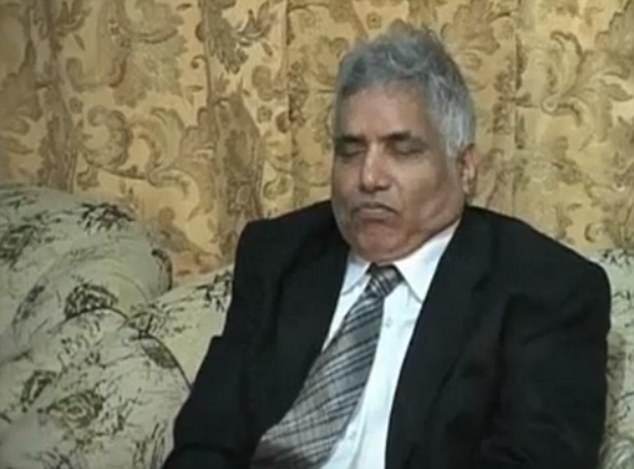 The tribunal found he’d made errors of law in all 13 cases, with most of them being of a serious nature

Even a lawyer who won his immigration appeal heard by the judge made an official complaint, saying: ‘It was extremely difficult to understand what Judge Majid was saying, which caused significant confusion on numerous occasions.

‘His comments and questions were of tangential relevance and it was difficult for the witness and legal representative to grasp the points he was trying to make.

‘He became angry with both witnesses and legal representative as a result of the strained communication and frequent misunderstandings. I would go so far as to suggest that the nature of the proceedings before Judge Majid were so shambolic as to bring the tribunal into disrepute and undermine public confidence in an effective judicial system.’

Dr Majid was hailed for becoming Britain’s second blind judge 20 years ago, and as a result of his disability has an assistant to help him grasp cases. After going blind while at a university of agriculture in his native Pakistan, he became a lawyer and lecturer.

The senior judges suggested his blindness was no excuse, saying: ‘We are also aware Judge Majid has a physical disability – he is blind. Indeed, he mentions that in several of the decisions … It may be wholly unreasonable to expect him to assimilate a complex matter in writing at short notice.

‘But it cannot reasonably be suggested that blindness prevents a person learning or applying law, or hearing both sides and reaching, and expressing, a properly reasoned conclusion.’

The tribunal found he seemed to cut and paste identical paragraphs for multiple cases – even though wrong and irrelevant. He said of a woman claiming to be a student and appealing against an order to leave Britain: ‘She is a genuine student who should be helped.’ But the tribunal ruled ‘he had no power to “help” her’.

Another migrant won the right to stay in Britain due to ‘compassionate circumstances’, but the rules ‘do not include any provision for compassionate circumstances’, the senior judges said. A Judiciary spokesman last night said Judge Majid retains his title but is not currently hearing immigration cases, adding: ‘There has been a complaint against Judge Majid, who is part-time.’

A senior immigration barrister said: ‘He’s a nightmare … He is hard to understand, can’t understand what is said, and it takes 20 minutes just to establish what case it is and who’s in court.

‘He still thinks we’re in a time when judges had a lot more discretion to let asylum seekers stay. When I represent asylum seekers in front of him I have to warn them they will have a surreal experience. Even if they win … the Home Office will almost certainly appeal.

‘They should have sacked him years ago, but I suspect they were worried he’d bring a disability discrimination case.’

Judge Majid promotes himself as an expert on Islamic law and previously came to public notice when he won £15,000 compensation for himself for racial discrimination from London’s Guildhall, where he lectured.

The judge, who lives in London, was unavailable for comment.