In hurricane-battered areas of Florida and Texas, school districts are turning to technology to ease the return of students scattered by storms.

Students and teachers used messaging apps, social media and websites to stay connected in the immediate aftermath of Hurricanes Harvey and Irma.

Now, as the hardest-hit schools begin to reopen, advocates of technology that’s become prevalent in American classrooms say it will only become more essential in aiding students scattered by the storms.

FILE – In this Aug. 29, 2017, aerial photo, floodwaters from Tropical Storm Harvey surround an apartment complex in Houston. The same technology that connected students and teachers in the aftermath of hurricanes Harvey and Irma is easing their transition back to class. That technology includes smartphone exchanges, social media, messaging apps and websites. (Brett Coomer/Houston Chronicle via AP, File)

Administrators say the recovery has potential to demonstrate how much instruction can carry on outside school walls amid future disruptions, using things like digital textbooks, videoconferencing and virtual science experiments. 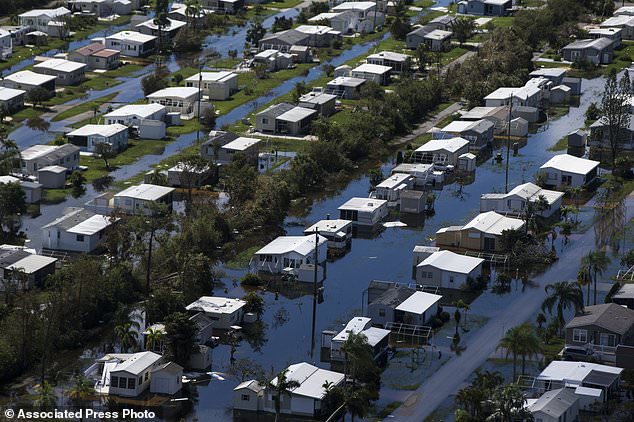 FILE – In this Sept. 16, 2017, file photo, this aerial photo shows flooded homes of Citrus Park in Bonita Springs, Fla., six days after Hurricane Irma. The same technology that connected students and teachers in the aftermath of hurricanes Harvey and Irma is easing their transition back to class. That technology includes smartphone exchanges, social media, messaging apps and websites. (Nicole Raucheisen/Naples Daily News via AP, File) 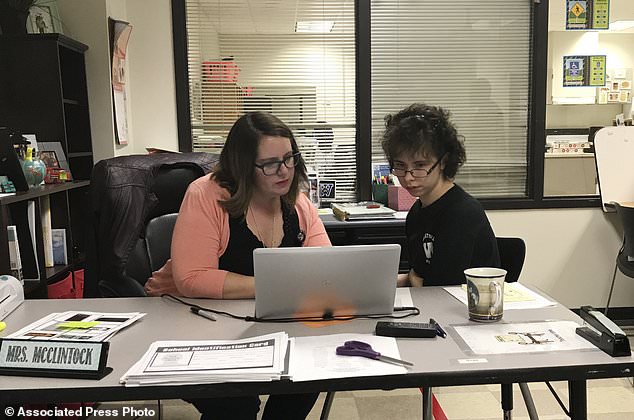 In this Sept. 28, 2017, photo provided by Kristen McClintock, left, special education teacher McClintock and her student, Emily Foust, 20, who is autistic, work on a laptop at Westside High School in Houston. In the aftermath of Hurricane Harvey, McClintock texted and emailed her students’ families and provided lessons to help Emily cope with being evacuated from her home. McClintock also used Facebook to organize volunteer teachers to go to shelters and keep lessons going after the storm. (Brian Schroen via AP)