In or out Jeremy? Labour leader is asked FIVE TIMES if he wants to remain in the EU or not

In or out Jeremy? Labour leader refuses to say if he wants to remain in the EU or not after being asked FIVE TIMES – but admits he would like a ‘close relationship’ with Brussels ‘in the future’

Jeremy Corbyn repeatedly refused to say today whether he wanted the UK to quit the European Union.

The Labour leader was asked five times by the BBC’s Andrew Marr what his personal choice would be if he had one.

Mr Corbyn, who officially backed Remain in 2016 but has spent decades calling for the UK to leave the EU – declined to give a definitive answer.

But he admitted that he would like a ‘a close relationship with the EU in the future’, which may fuel suggestions he would prefer a Labour-style Brexit.

He also suggested he would include Brexiteers in his negotiating team.

Labour’s current policy is to negotiate a new Brexit deal if it wins the election, and then put that deal to a second referendum.

But whether or not it backs its own Brexit deal will be decided by a special conference once it knows what the terms are.

Mr Corbyn told Marr: ‘We’re going to put that choice to the British people, and they will make that decision.

‘We’ll negotiate within three months a credible, sensible option of Leave, and put that alongside Remain in a referendum.’

Asked about his own personal view, Mr Corbyn said: ‘I want a close relationship with the EU in the future.

Labour’s current policy is to negotiate a new Brexit deal if it wins the election, and then put that deal to a second referendum 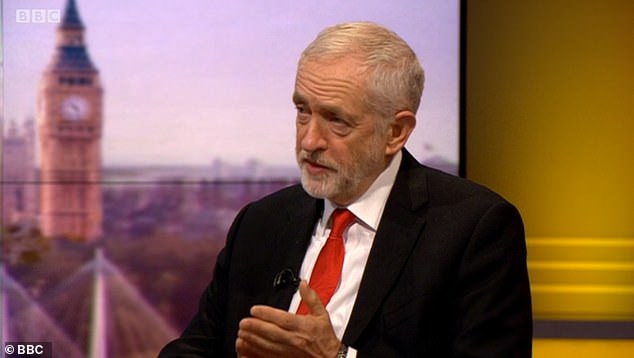 Mr Corbyn admitted that he would like a ‘a close relationship with the EU in the future’, which may fuel suggestions he would prefer a Labour-style Brexit

‘And we will put that decision to the British people, and I will abide by that decision. That’s the view we’ve come to in the Labour Party.’

Labour has been riven with division for months, with many MPs wanting it to openly support Remain. But some union leaders and politicians in Leave-voting areas in its Northern and Midlands heartlands have warned this could lose it seats to the Conservatives. 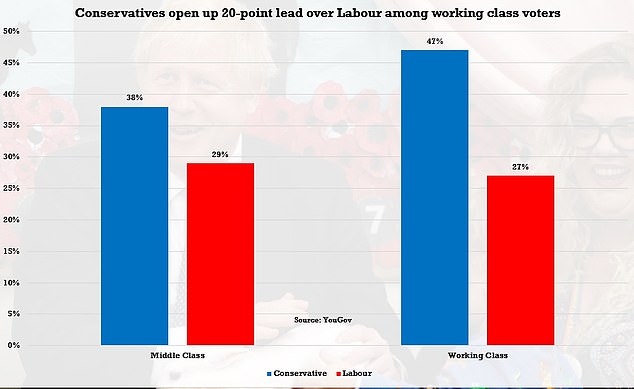 Mr Corbyn told Marr: ‘My strategy has been to try and bring people together on both sides of the argument, because actually there’s a great deal that unites them about the inequalities and injustices in this country.’

Pressed on what his own personal view is on whether or not the UK should leave the EU, Mr Corbyn said: ‘The answer is, as I’ve explained to you, that we will negotiate a credible option of leaving, put that alongside Remain, and the British people would make their mind up on that basis, and we will discuss this obviously when we’ve concluded those initial negotiations which will start immediately we take office.’

Jeremy Corbyn was asked about members of his party campaigning for Remain, regardless of what he negotiates with the EU.

More than 130 Labour MPs have now signed a pledge to campaign to stay in the EU if there is a second referendum, irrespective of the party whip.

He replied: ‘Well you don’t know who I’m going to take with me into those negotiations.’

Mr Corbyn said there would be a team of people involved that would be ‘representative of all parts of the UK and of areas that have different views on it’.

Asked if he would bring pro-Brexit voices in, he said: ‘There will be Labour voices that would have fought the election on the basis of the agreement we hope to reach with the European Union which we’ll put to the people of this country.’

Foreign Secretary Dominic Raab said: ‘Once again, Jeremy Corbyn has shown that he isn’t on the side of the British people and doesn’t have a clear plan for Britain.

‘The only thing that’s clear is Jeremy Corbyn is useless, clueless, and he cannot answer the most basic questions on Brexit.’