In rare move, ACLU breaks its own neutrality policy on endorsements to OPPOSE Kavanaugh’s nomination

The ACLU is breaking with its own neutrality policy on judicial candidates to oppose Brett Kavanaugh’s nomination to the Supreme Court.

The civil rights group announced that it was Christine Blasey Ford’s testimony on an alleged sexual assault by Kavanaugh the led to the unprecedented decision.

‘This is not a decision taken lightly. We cannot remain silent under these extraordinary circumstances about a lifetime appointment to the highest court of the land,’ the board said in a statement on Saturday. 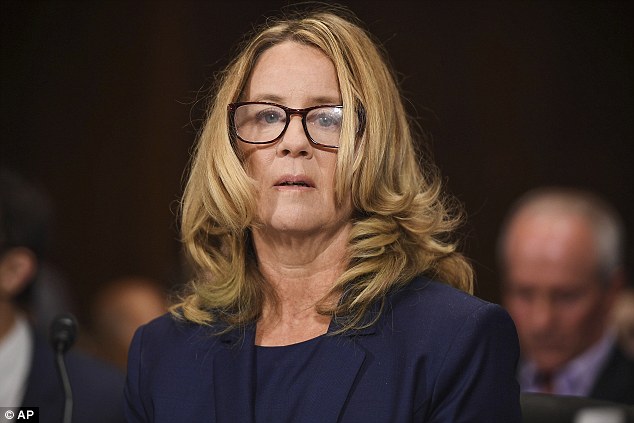 ‘The standard for such an appointment should be high, and the burden is on the nominee. That burden is not met as long as there are unresolved questions regarding the credible allegations of sexual assault,’ it noted.

As a matter of policy, the American Civil Liberties Union does not support or oppose candidates for political or judicial office.

But its board held an emergency meeting to vote on this rare exception.

And the organization specifically cited the assault charges for the reason, not any of his past judicial rulings.

‘As a nonpartisan organization, the ACLU does not oppose Judge Kavanaugh based on predictions about how he would vote as a Justice. We oppose him in light of the credible allegations of sexual assault against him,’ said Susan Herman, president of the ACLU.

This is the fourth time in the group’s 98-year history that the ACLU’s national board of directors has voted to oppose a nominee to the U.S. Supreme Court.

In 2006, the organization opposed President George W. Bush’s nomination of Justice Samuel Alito citing concerns about his ‘expansive view of executive authority’ and decisions he has written on race, religion and reproductive rights.

In 1987, the group opposed President Ronald Reagan’s nomination of Robert Bork, whom was eventually voted down by the Senate.

In 1991, the group did not take a position on Clarence Thomas’ nomination. 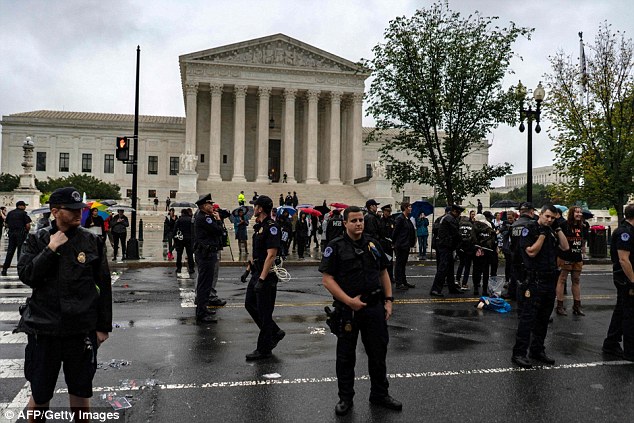 Kavanaugh is the fourth Supreme Court nominee the group has opposed

Thursday and Friday saw a dramatic show down in the Senate Judiciary Committee.

In a roller coaster of 48 hours, Ford and Kavanaugh testified separately before the committee on Thursday.

The next day committee members met to vote whether or not to recommend Kavanaugh to the full Senate for confirmation.

But the day ended with Kavanaugh being investigated by the FBI after a sensational twist Friday as two key Republicans said their votes for him depended on a probe.

Ford accused Kavanaugh of pining her to a bed, trying to take off her clothes and putting his hand over his mouth when she screamed during a high school party in the 1980s.

Additionally, the FBI will look into allegations from Debbie Ramirez and Julie Swetnick.

Ramirez charged Kavanaugh with exposing himself to her during a college party when they were both students at Yale University, thrusting his penis in her face and forcing her to touch it when she pushed him away.

Swetnick charges Kavanaugh and his Georgetown Prep friend Mark Judge were part of a group of boys who drugged and raped women.

Judge is going to speak to the FBI.

Kavanaugh has denied all charges.