A state minister has asked the NSW government to investigate the potential of expanding water recycling by adding toilet water for use in public spaces and outdoors.

Water Minister Melinda Pavey requested the Department of Planning, Industry and Environment investigate the validity of recycling toilet water for use in public spaces, yards and gardens.

NSW Water Minister Melinda Pavey requested an investigation into validity of recycling toilet water, known as blackwater, for use in public and outdoor areas in event of worsening drought

‘The NSW government is also looking into the expansion of the Sydney Desalination Plant, currently operating at 100 per cent and supplying 15 per cent or 250 million litres a day of Sydney’s needs,’ Ms Pavey said.

WaterNSW stated greater recycled water supplies had to be created in preparation of the general water supply falling below the ‘critical point’ of 30 per cent.

Currently the total water storage for Sydney is 45.9 per cent and continues to drop as drought ravages the state.

‘Today, for every 10 litres of water that currently goes into a Sydney home, eight litres leave as wastewater’ Ms Pavey said in a statement.

‘Last year 44 billion litres of recycled water was supplied to residential, commercial, industrial and agricultural use, as well as enhancing river water quality.

‘Over the next 25 years, we want to double water recycling to more than 80 gigalitres per year.’

As a result Ms Pavey said water sources independent of rainfall, such as wastewater, must be more heavily adopted.

‘We need to make wastewater a renewable resource, instead of a waste product. Combined with recycled storm water it can keep Sydney thriving during future droughts,’ she said.

The NSW Government’s Health page described blackwater as highly infectious and must go through three levels of treatment, primary, secondary and tertiary. 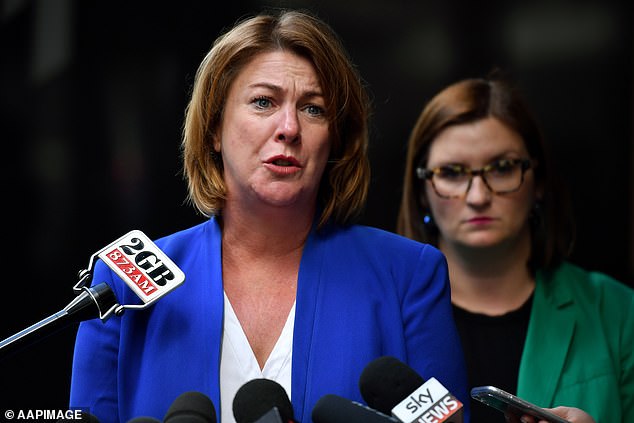