Incredible footage of the universe combines 7,500 images of galaxies up to 13.3 billion years old

Incredible footage from the Hubble telescope reveals the enormity of the universe as it combines 7,500 images of galaxies up to 13.3 billion years old

A stunning mosaic image combining nearly 7,500 photos taken by NASA’s Hubble Telescope over 16 years has been released by NASA.

It is being heralded as ‘the largest and most comprehensive history book of the universe’.

The image, and an accompanying video showing the telescope zooming out, includes 265,000 galaxies dating back 13.3 billion years.

To put into perspective how far away these galaxies are, scientists generated a video that zooms out from the furthest point captured to reveal a panorama of the sky.

The image is the end result of a project to combine data from 31 Hubble programs carried out by different teams of astronomers.

A mosaic image made of nearly 7,500 photos taken by NASA’s Hubble Telescope  (pictured) is ‘the largest and most comprehensive history book of the universe’, say scientist.

The Hubble Telescope remains one of mankind’s most powerful tools for exploring the universe, even 29 years into its mission.

As the telescope looks farther into space in terms of distance, it also means they are look farther back in time, towards the beginning of the universe.

The farthest galaxies shown by the zoomed in images are 1 in 10 billionth the brightness of what the human eye can see without a telescope, and were created 13.3 billion years ago.

The Hubble Legacy Field (HLF) image includes imagery from the eXtreme Deep Field (XDF) survey which offers the most far-reaching view of the universe.

The full mosaic and its individual captures are available through the Mikulski Archive for Space Telescopes (MAST), an online database of astronomical data from Hubble and other NASA missions. 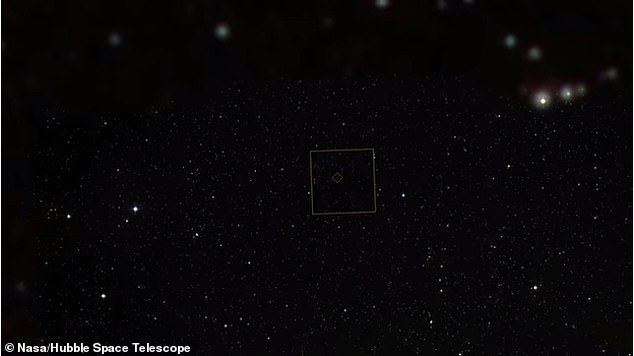 To put into perspective how far away these ancient galaxies are, scientists have generated a video that zooms out (shown by the squares) from the furthest point captured to reveal a panorama of the universe

Dr Pieter van Dokkum, the Sol Goldman Family Professor of Astronomy at Yale and co-investigator on the team that assembled the image, said: ‘Hubble has looked at this area of the sky many times over many years, and now we have combined all these photographs into a single, very high-quality, wide-angle image.

‘It is like having a history book of the universe in one image.’

The HLF image contains 100 times as many galaxies as the previous deep field surveys partly because it covers a wider view from Earth that is almost the width of the Earth’s Moon.

Dr Garth Illingworth of the University of California-Santa Cruz, leader of the NASA research team, said: ‘This one image contains the full history of the growth of galaxies in the universe, from their times as ‘infants’ to when they grew into fully-fledged ‘adults’.

‘No image will surpass this one until future space telescopes are launched.’ 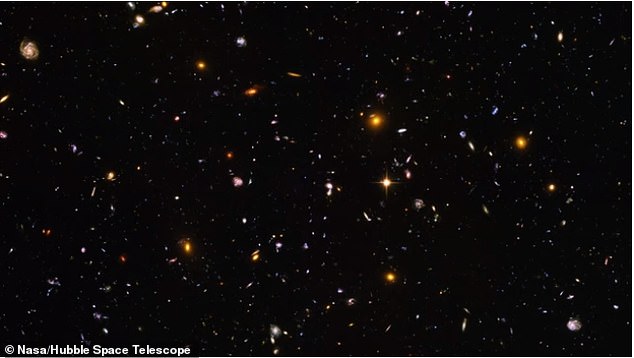 Studying the oldest galaxies allows astronomers to follow the expansion of the universe as well as the underlying chemical and physical changes that led to life on Earth.

Dr Van Dokkum said astronomers hope to expand the multi-wavelength range of the images NASA’s planned Wide Field Infrared Survey Telescope which will allow it to explore an even wider area of space than HLF.

The scientists are working on a second set of mosaic images that combines more than 5,200 captures by the Hubble telescope from another area of the sky. 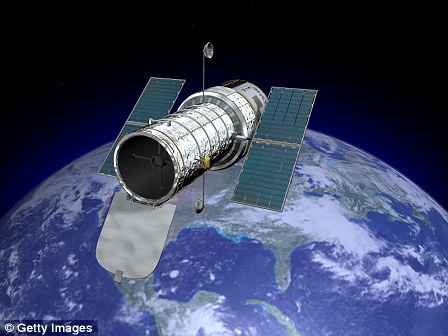