‘Get out of here!’ Incredible moment 10-year-old girl frightens off suspected burglar when she jumps out of her parents’ car is caught on Ring doorbell camera

A Ring doorbell camera has recorded the moment a 10-year-old girl chases away an unsuspecting intruder from her home.

In the footage, captured on Thursday,  Lola Letourneau is seen sitting in her family’s SUV where her mother has left her for a few minutes while she is inside their residence.

The child then spots a suspected burglar walking up her driveway.

Ring doorbell camera footage has recorded the moment 10-year-old Lola Letourneau chases away a burglar from her home Thursday. Pictured in the upper, left-hand corner is a dark Mitsubishi Outlander Sport that can be seen passing the home in the video footage 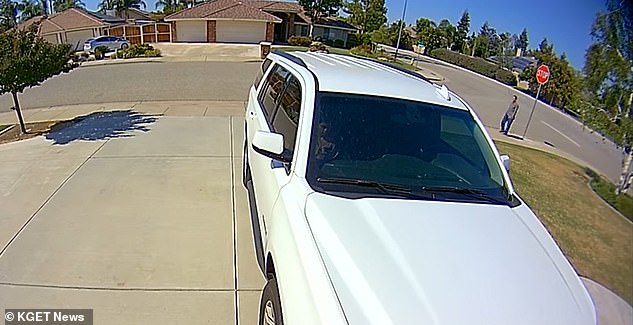 A man shows up in the later in the upper, right-hand corner of the footage

That’s when the child runs out of the SUV. The young girl can be heard shouting at the man.

‘Hey, get out! Get out of here!’ she yells at him, before letting out a scream.

The intruder without hesitation runs away as the child then races into her home.

‘I am so surprised. She was pretty shook up, I felt pretty bad for her. She was really scared, but that was such a bold move of her,’ says Pendley. 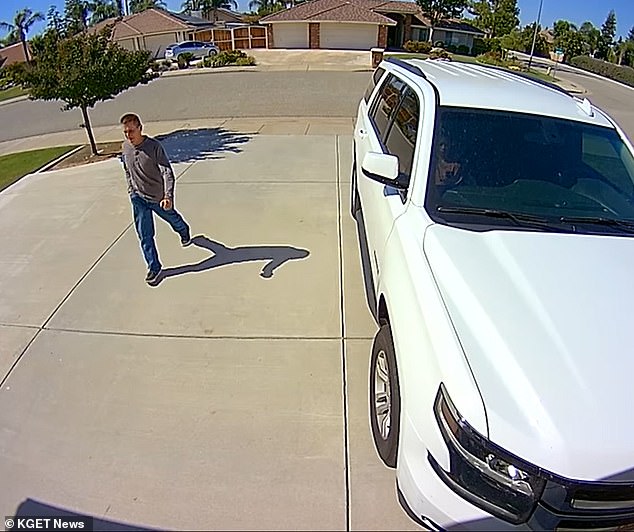 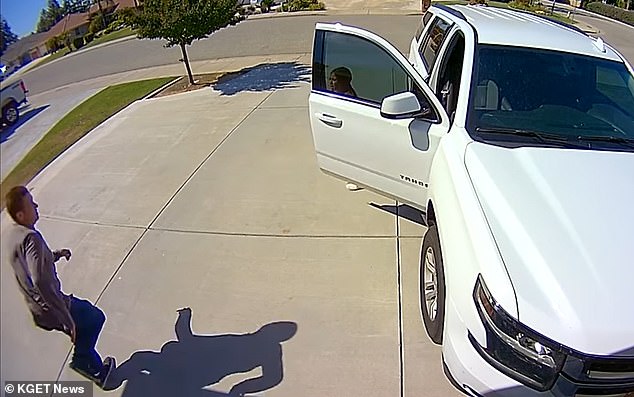 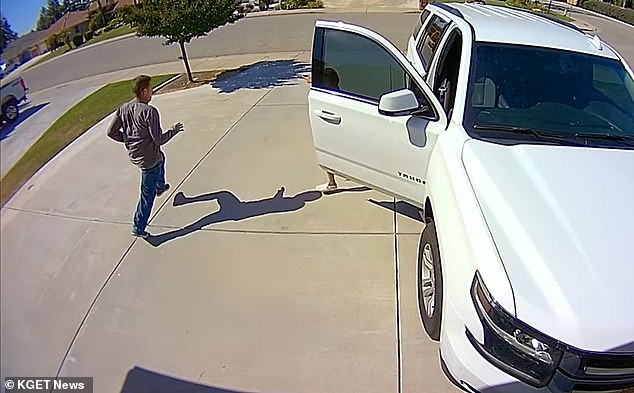 The child is seen yelling at the suspected burglar. ‘Hey, get out! Get out of here!’ she yells at him 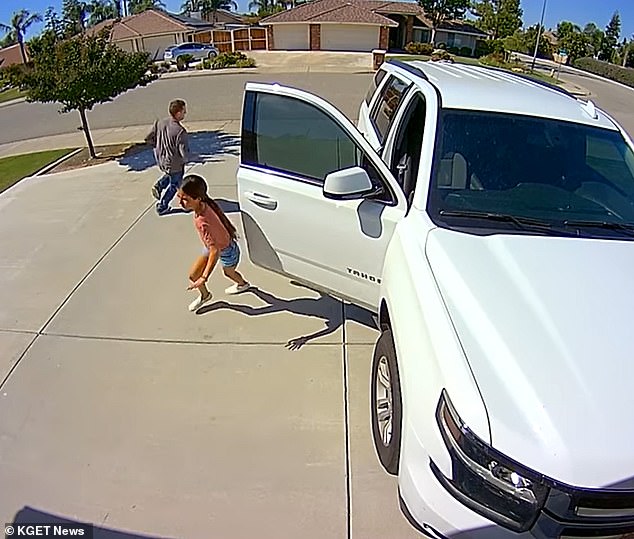 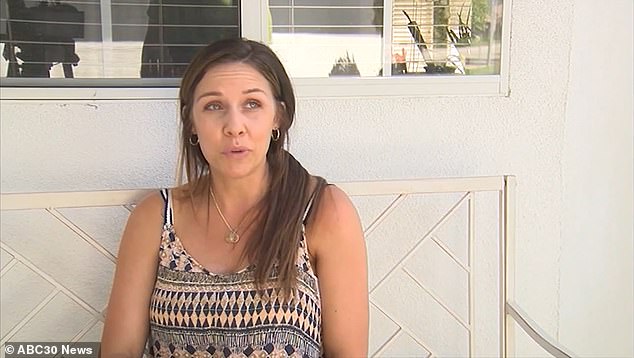 The family says it was unnerved by the incident and that their children won’t be left waiting in the vehicle again.

Authorities are now searching for the suspected burglar.

Anyone with information is asked to contact the call the Kern County Sheriff’s Office at (661) 861-3110. 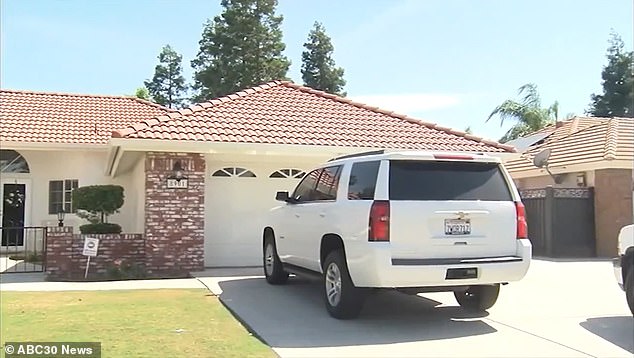