A single British tank commanded by Major Ewen Cameron Bruce achieved the capture of the Russian city of Tsaritsin during WW1 in the Battle of Tsaritsin. The British forces were allies with the White Army in the battle

The most imaginative of Boys’ Own war stories would struggle to conjure up the character of a decorated, one-armed tank commander who stormed a Russian city and forced an army of Bolsheviks into retreat.

But the true life gallantry of Major Ewen Cameron Bruce, who volunteered to fight in the Russian Civil War after the guns of WW1 fell silent, defies belief.

The adventurous officer, who won the Military Cross for conspicuous gallantry during his WW1 service, occupies a unique part of military history that had all been but wiped out by Stalinist revisionism and later ignominy after he was convicted of a robbery.

His feat has remained in the shadows but, in a bizarre twist, his heroics have been immortalised in a video war game which charts Major Bruce’s bravura display of tactics and nerve to break through Red Army lines.

A generation of shoot-em-up computer gamers is now enjoying the thrill of battlefields around the city of Tsaritsyn, later Stalingrad and now Volgograd, with the distinctive rhomboid shape of a British Mark V tank taking centre stage.

Battlefield 1, released by EA, one of the world’s biggest video gaming companies, is based on the White Army, loyal to the murdered Tsar and Romanov dynasty, which besieging the fortified city of Tsaritsyn, defended by Bolsheviks in July 1919.

‘We wanted to pay tribute to what we saw in history where the British troops started giving some support during the civil war so we now have a Mark V tank in the map to indicate what took place,’ said Andrew Gulotta, producer of the In the Name of the Tsar game. ‘It is one of the most historic battles with a single tank in history.’ 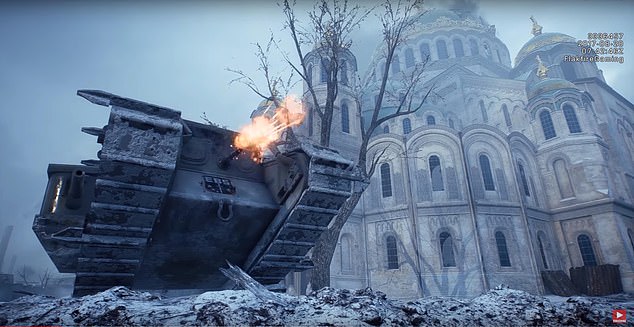 Battlefield 1, a video game developed by Electronic Arts retells the story of the most remarkable Battle of Tsaritsin. A screen grab from the game shows a Mark V tank, the type of tank commanded by Major Ewen Cameron Bruce 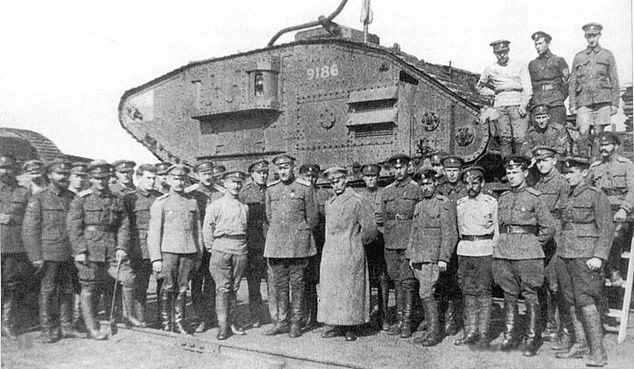 A staggering 40,000 prisoners were taken due to the determined advance of the seven British soldiers in the tank. Pictured White Army forces with a Mark V tank in  1919

Bruce could have retired with honour at the end of WW1. He was wounded five times, gassed and had a Distinguished Service Order to go with his MC, won at the battle of Messines where he lost his left arm, but the dashing 28-year-old, from Cheltenham, volunteered for extended service in Russia where the army was advising Russian forces tackling communist insurgents.

Allied forces sent troops to support the White Russians in a campaign that lasted around a year and soured East-West relations for generations to come.

The tanks that had been crucial to British success across the muddied battlegrounds of Flanders were packed home, repaired and then sent on a mission to the east. Bruce and a contingent of Mark Vs and smaller Whippet tanks were assigned to the assault of Tsaritsyn on the River Volga.

Bruce and his detachment were in a non-combative role training Russians in tank warfare but they struggled to match the British army’s mastery of the cumbersome machines or keep fuel supply lines active. 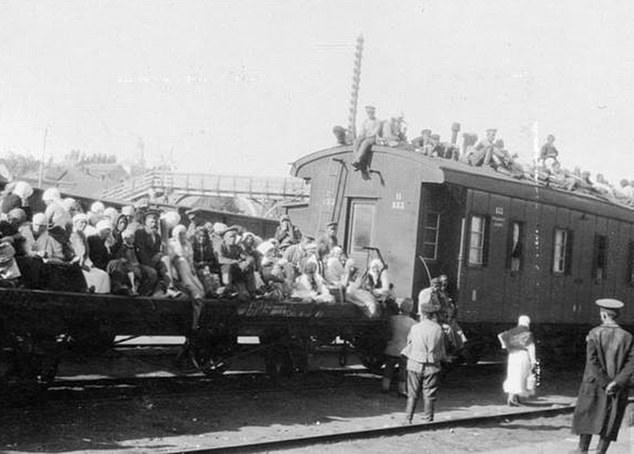 The British Mark V tank takes centre stage in EA’s Battlefield 1.  One of the tanks is pictured in 1918

A report by Captain McElvaine, held in the archives of the British Tank Museum, reveals that advances were halted and the White Russians were taking heavy casualties under withering rifle and machine gun fire.

Bruce, who had skilfully nursed fuel supplies and used ravines to create elements of surprise during his teams destruction of enemy strongpoints, manouevered his Mark V for a full frontal attack and his action had ‘defenders surrendering or fleeing northward’.

Captain, later Sir Basil Liddell, who wrote a history of the Royal Tank Regiment, described as: ‘The fall of that now historic city was due to the determined advance of seven Britons in one tank. It may well rank as one of the most remarkable feats in the whole story of the Tank Corps.’

An estimated 40,000 prisoners were rounded up and the White Russians had scored a huge psychological victory. Bruce and his team did not stay in Tsaritsyn long as enthusiasm faded for a long campaign across a forbidding and politically complex territory. 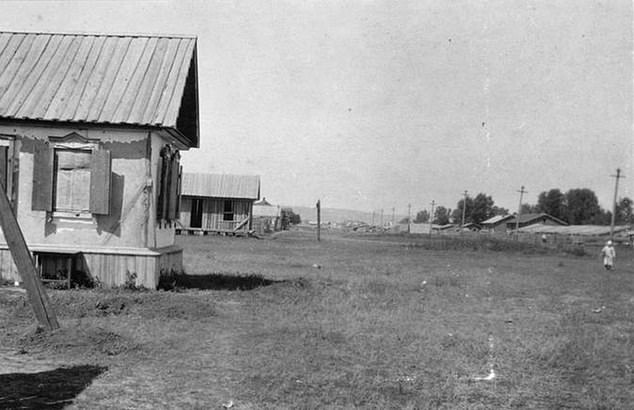 Pictured, a village street at Tsaritsyn in August 1919. Allied forces sent troops to support the White Russians in a campaign that lasted around a year and soured East-West relations for generations to come 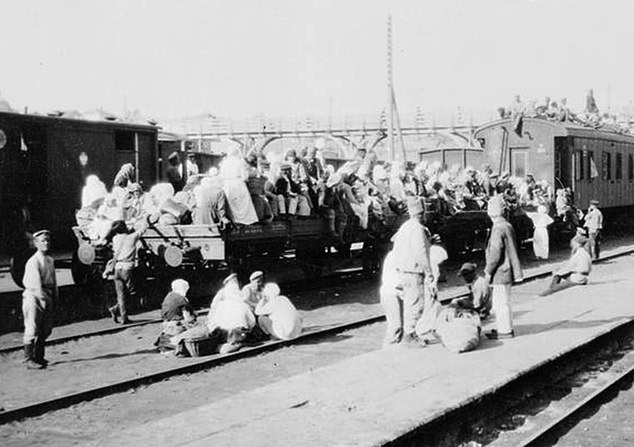 A train full of civilian refugees at the Tsaritsyn railway station, August 1919. 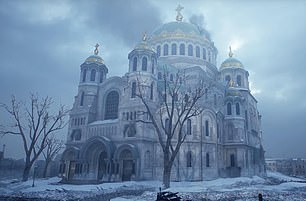 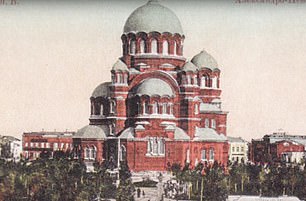 He was back in the UK when a young Red Army officer masterminded the reclaiming of the city. He was Josef Stalin and it was renamed Stalingrad in his honour and became a symbol of Russian resistance in WW2 before becoming Volgograd after Communism collapsed.

But action was far from over for Bruce who, despite only having one arm, was commissioned as a platoon in the Auxiliary Division of the Royal Irish Constabulary in 1920 to combat nationalist threats.

Bruce’s career came to a juddering halt after he was accused of assaulting a civilian and then of taking part in an armed raid on a dairy for £75 takings. He was convicted by court martial and sentenced to a year in prison.

Bruce protested his innocence and launched a series of appeal to clear his name, the cost of which lead to bankruptcy. He was stripped of his war medals and died from pneumonia, aged just 34, in 1925, just six years after he became a battlefield hero.

British involvement in the Russian Civil War was consigned to the margins and with it one of the most remarkable acts of courage in military history.