A kangaroo has had a lucky escape after it got caught in raging flood waters as wild storms continue to batter New South Wales.

Jenny Farrrell was filming the torrential rain outside her home in Lansdowne on the state’s mid-north coast on Friday when she suddenly spotted the animal jumping into the water.

Within seconds the kangaroo was being forced down the rapids as it desperately tried to jump onto the nearby land.

‘Come on buddy, get out, get out,’ Ms Farrell is heard saying in the footage.

Luckily for the kangaroo, it managed to pull itself out of the water and jump onto the grass and hop away – much to the relief of the worried homeowner.

A potentially life-threatening downpour that has flooded rivers and triggered evacuations along the NSW coast has now made its way to Sydney with residents urged to stay indoors. 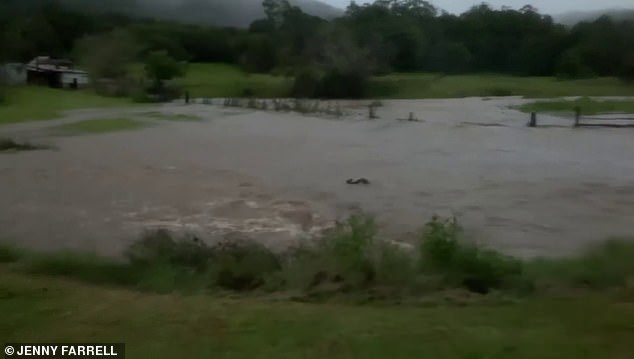 BoM issued a severe weather warning on Saturday morning covering an area from the mid-north coast to the far south coast of NSW as well as Canberra.

‘Brace yourself NSW, more heavy rain, dangerous flooding and thunderstorms are on their way,’ NSW SES tweeted on Saturday morning.

SES crews undertook at least 57 flood rescues and responded to more than 1300 calls for help, as a dozen rivers along the NSW coast flooded.

Sydneysiders have been urged to stay inside with the rain not expected to ease up anytime soon.

Residents in low-lying areas in Port Macquarie and Kempsey have been evacuated, while those in Taree’s CBD, Taree Estate, Dumaresq Island and Cundletown have been told to leave now. 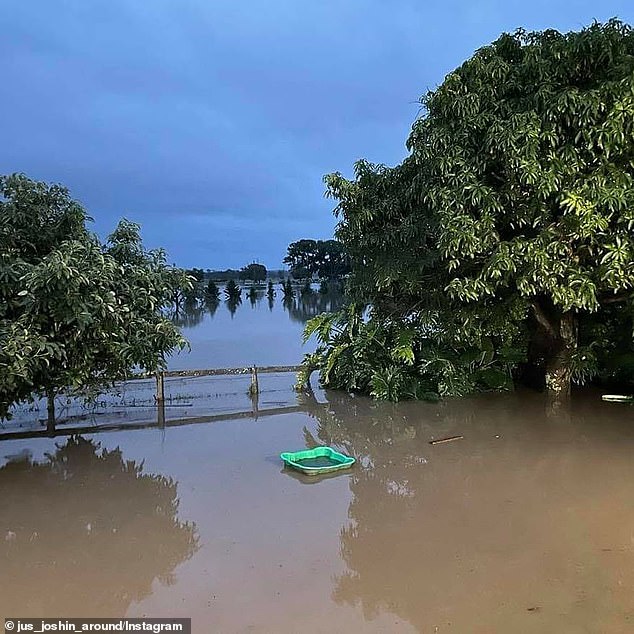