It’s New York as you’ve very probably never seen it before – looking spookier, more mysterious and more ethereal than ever.

Behold the incredible photographs of Paul Brake, who has an eye for capturing the forgotten and less glamorous sides of the city in mesmerising style.

His Instagram page is packed with pictures of abandoned hospitals, run-down forts and tourist attractions given a stylistic twist.

An abandoned building at Seaview Hospital, Staten Island. The hospital was built in 1905 and closed in the 1970s – but some of the buildings are now back in use. One section contained housing for the insane 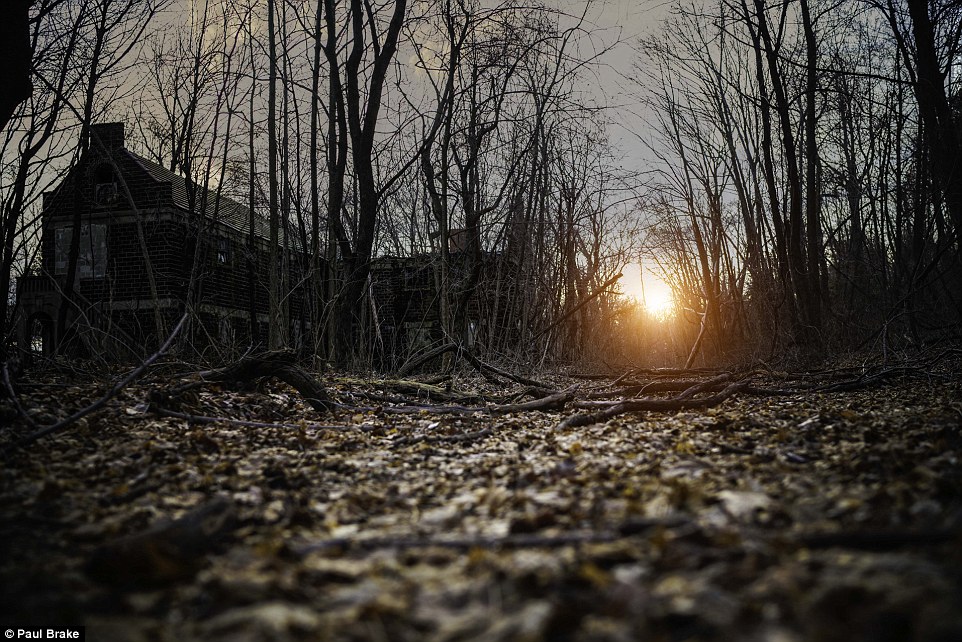 This is what remains of the road to Staten Island’s Seaview Hospital. It started life as a tuberculosis sanatorium 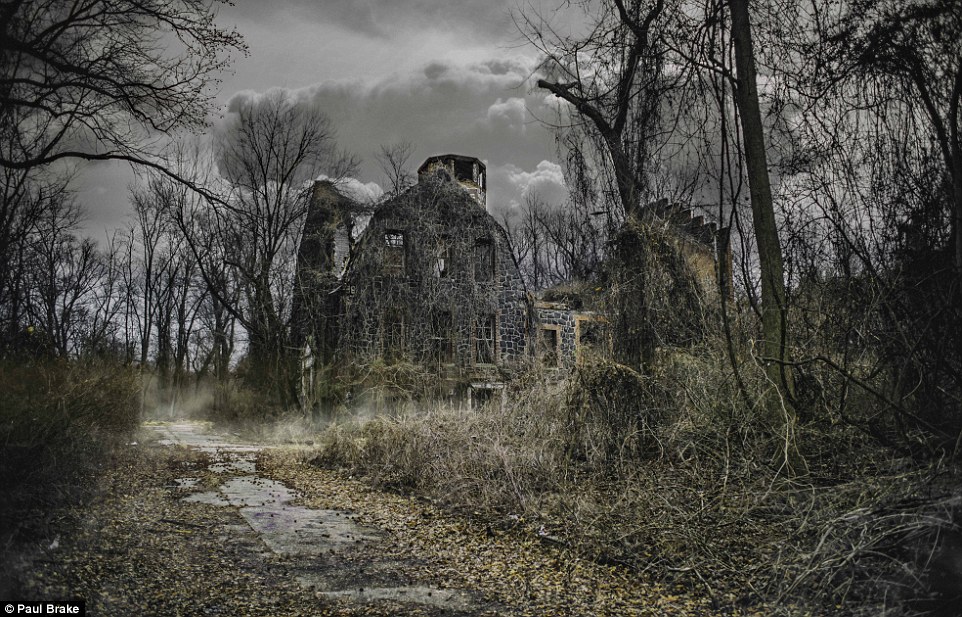 This is a creepy, dilapidated building at Staten Island’s abandoned Farm Colony. Built in 1898 it started off as a community vegetable growing project but it was abandoned in 1975. In the 1970s local children would go missing here and turn up in shallow graves on the colony – and it’s said that past residents haunt the grounds 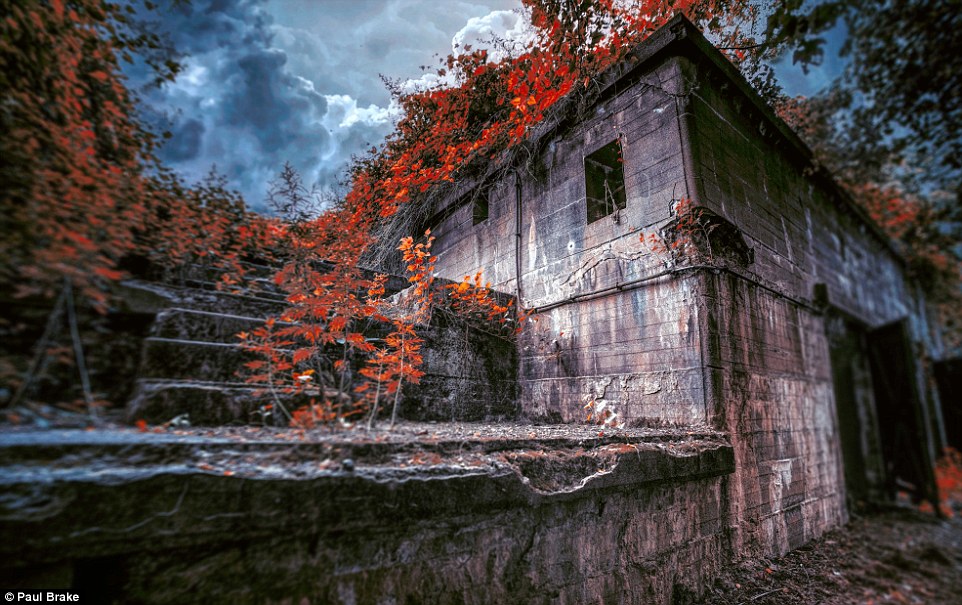 The land Fort Wadsworth (pictured) sits on has been used for military purposes since the 17th century. A Dutch fort was erected here in 1636. In the mid 1800s a Fort Richmond was erected, which became Fort Wadsworth in 1865. It closed in 1994

Some of the locations he has visited must have been a tad scary for the 48-year-old, such as Staten Island’s abandoned ‘Farm Colony’, where local children in the 1970s would go missing and turn up in shallow graves.

Then there’s the island’s Seaview Hospital.

It was built in 1905 and contained housing for the insane.

Paul has captured it in all its spine-chilling glory. 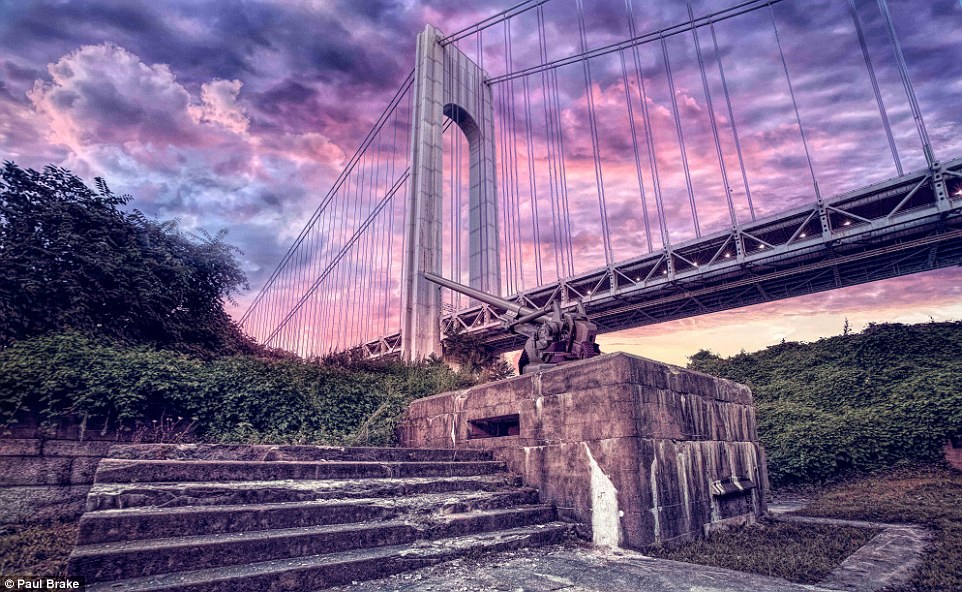 An eye-catching shot of Fort Wadsworth, with the the Verrazano-Narrows Bridge looming overhead 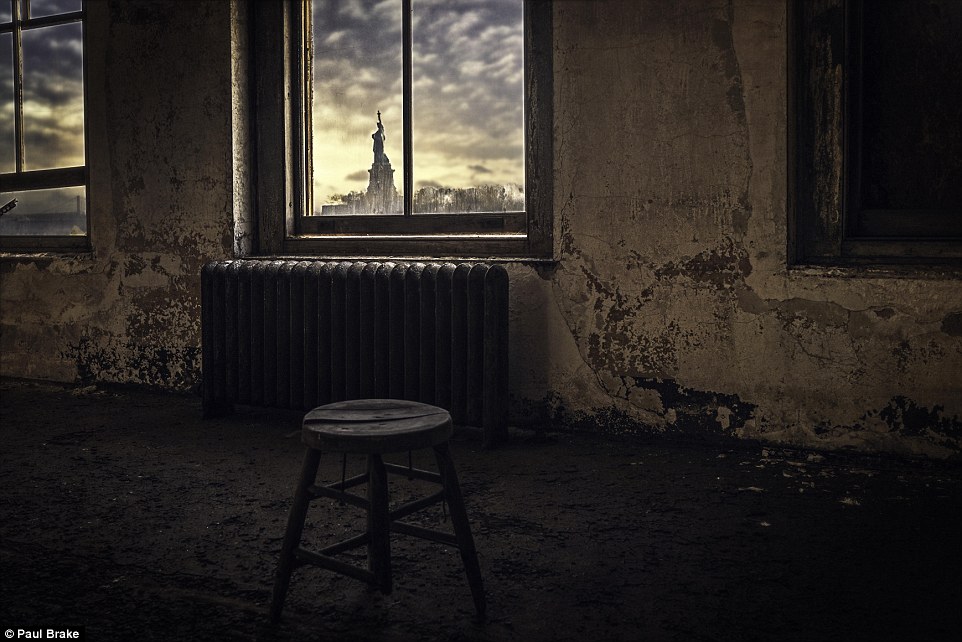 A view of the Statue of Liberty from an isolation ward on Ellis Island Immigrant Hospital, which is not open to the general public 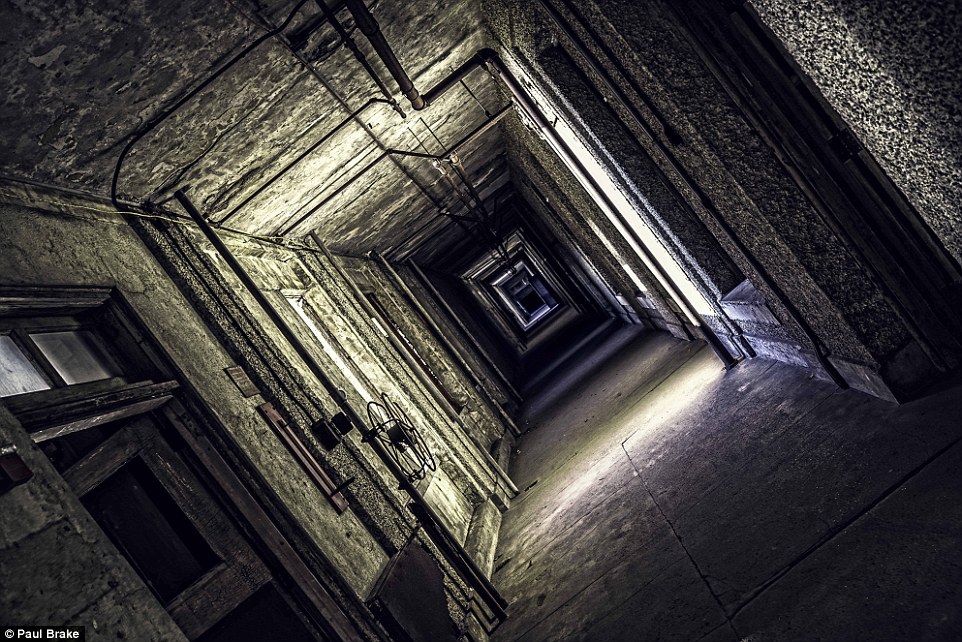 One of the creepy corridors in the Ellis Island Immigrant Hospital. Paul said: ‘Some of the most exciting photography for me is finding hidden corners, less traveled places, and run down/derelict architecture’ 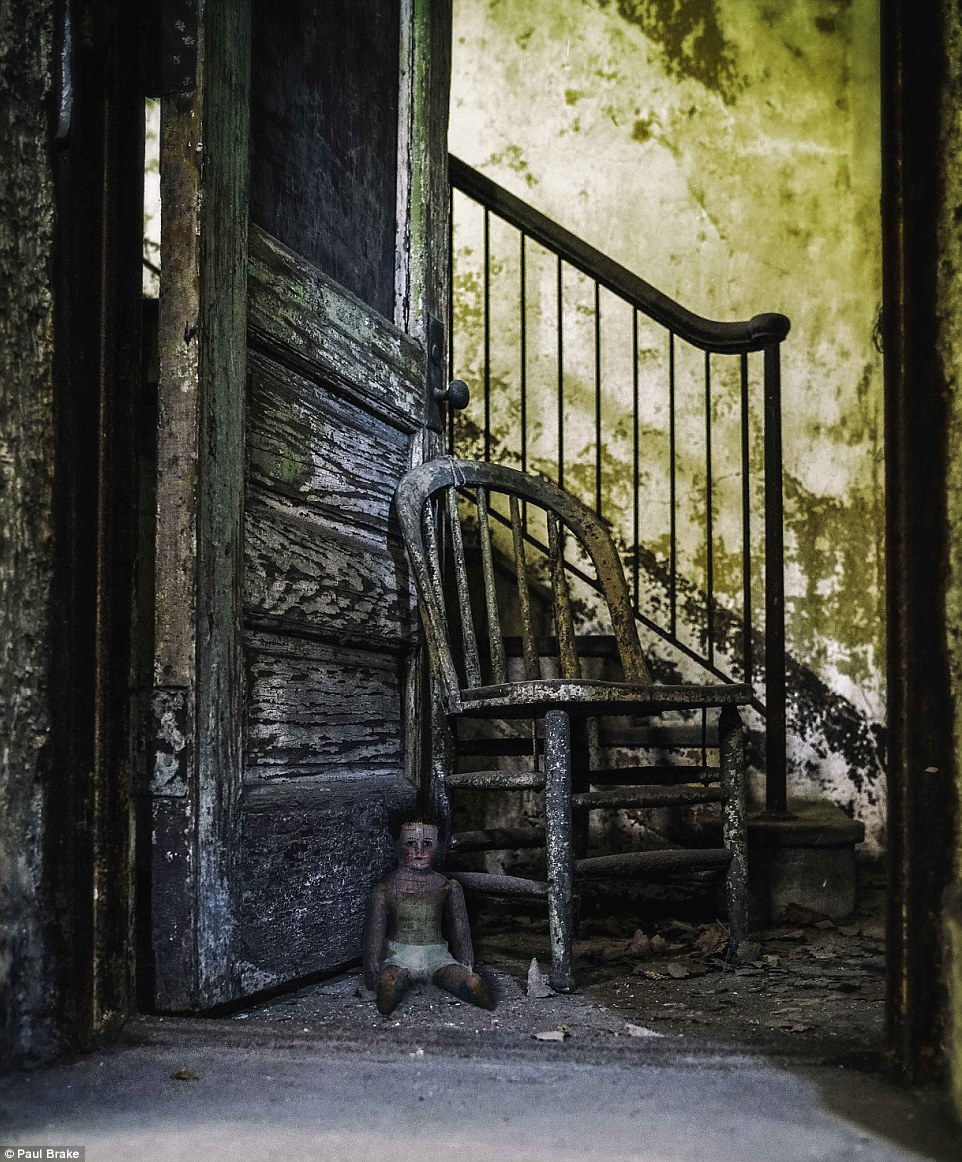 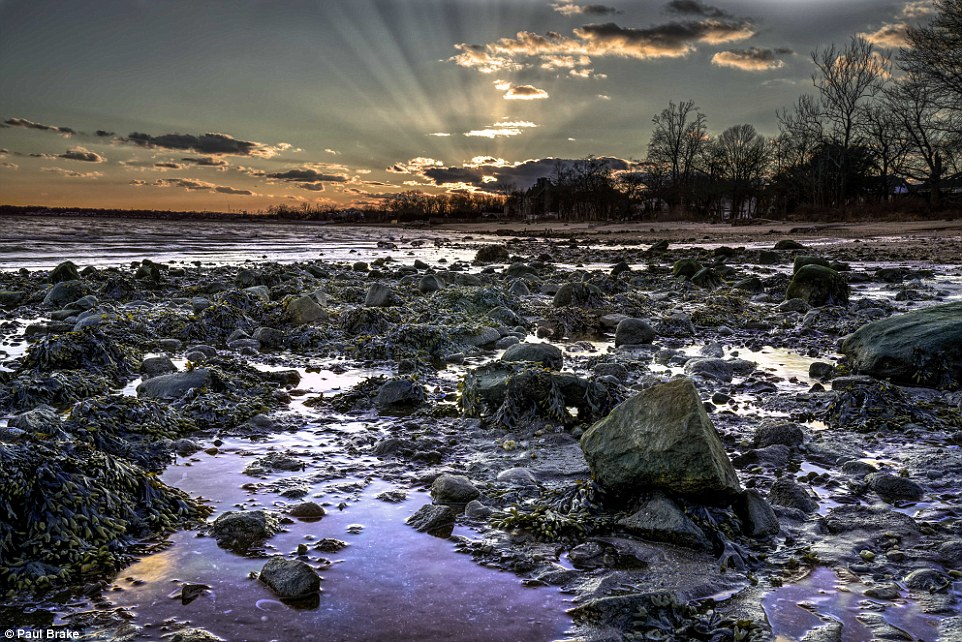 This mesmerising shot is of Prince’s Bay Beach, which is often wrongly called Princess Bay or Prince Bay 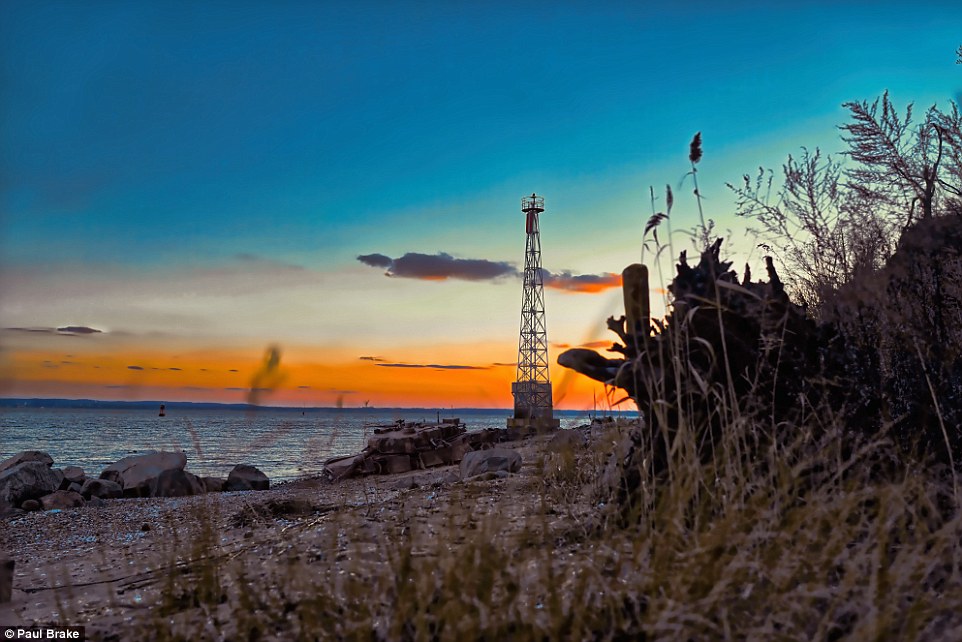 Paul said: ‘There is so much to photograph I couldn’t imagine not taking advantage of capturing all the sights, the people of NYC, and the weird and wonderful situations encountered almost daily.’ This shot is of Prince’s Bay beach 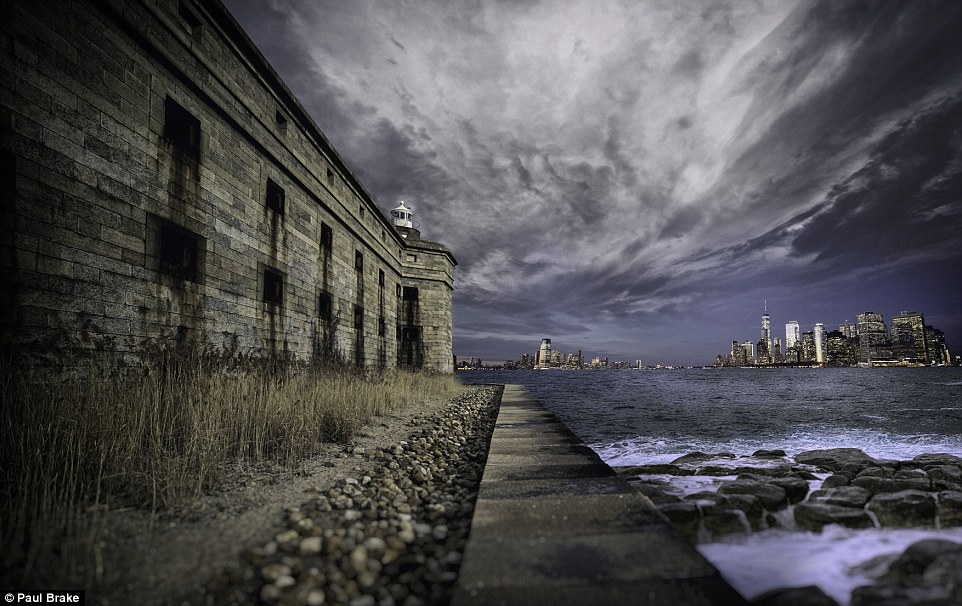 The photographer – who grew up in Bournemouth, England, but who moved to New York in 1996 – has also put a twist on the clichéd Statue of Liberty shot.

He shot it through the window of the abandoned Ellis Island Immigrant Hospital, where he also photographed creepy corridors and discarded dolls.

The Staten Island resident told MailOnline Travel: ‘I definitely prefer urban environments as there is always so much to photograph. 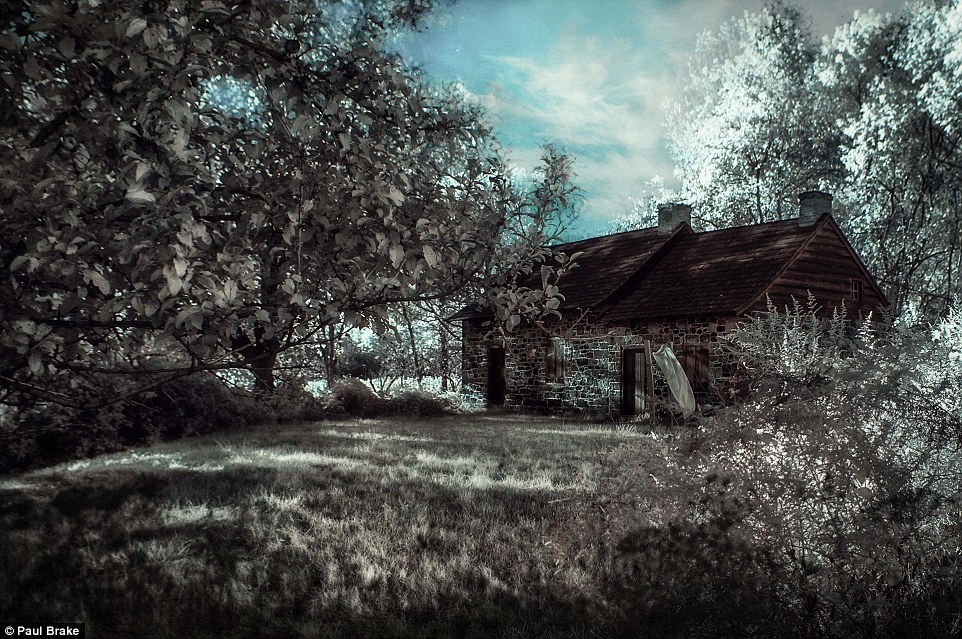 This is part of Historic Richmond Town, a museum on Staten Island that ‘possesses some of the most celebrated and storied historical items of American history… more than 130,000 artifacts, photographs, and archival collections dating back to the 17th century’ 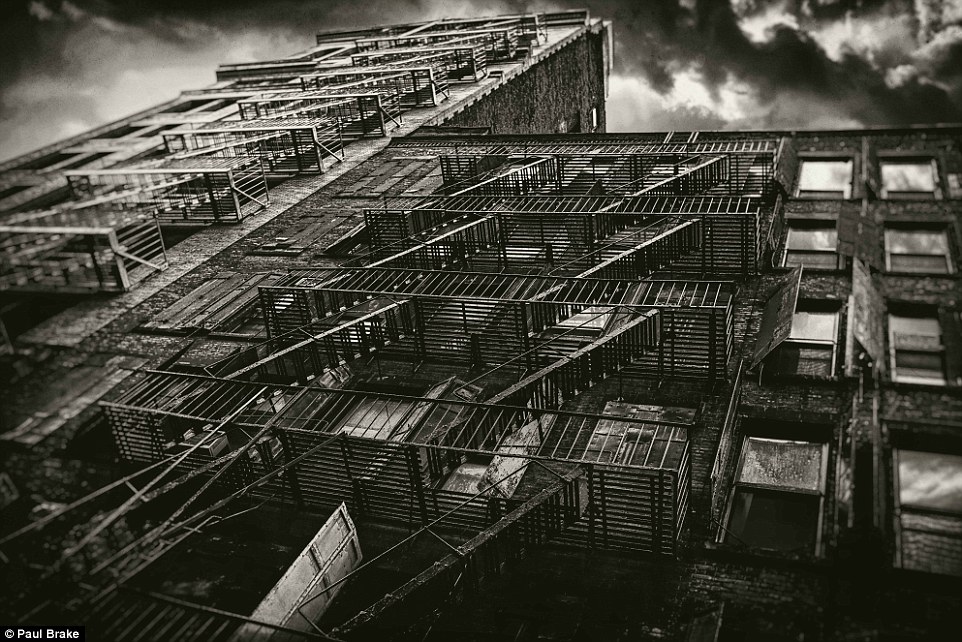 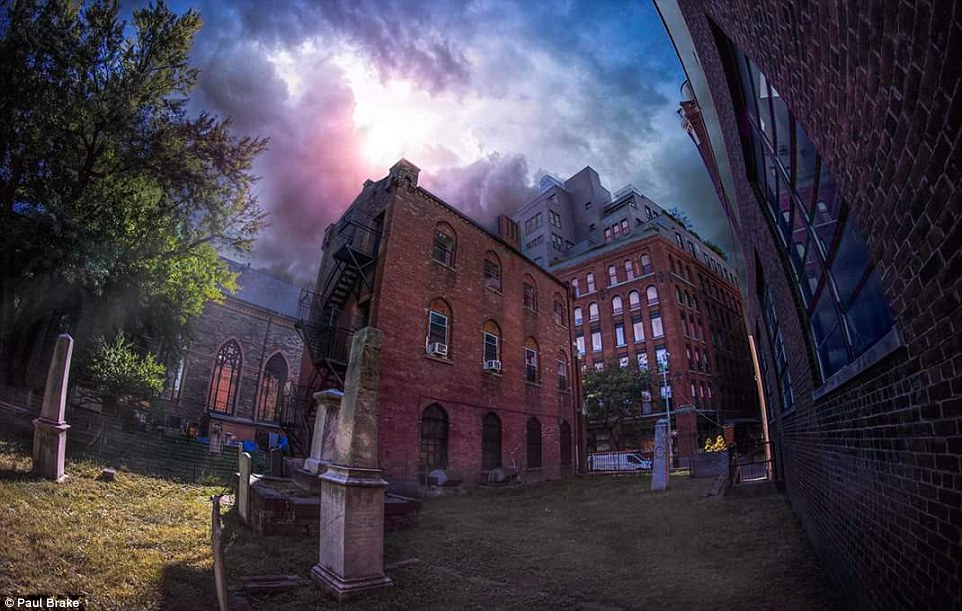 This is the Basilica of St. Patrick’s Old Cathedral in the Nolita neighborhood, which Paul points out offers tours of its catacombs 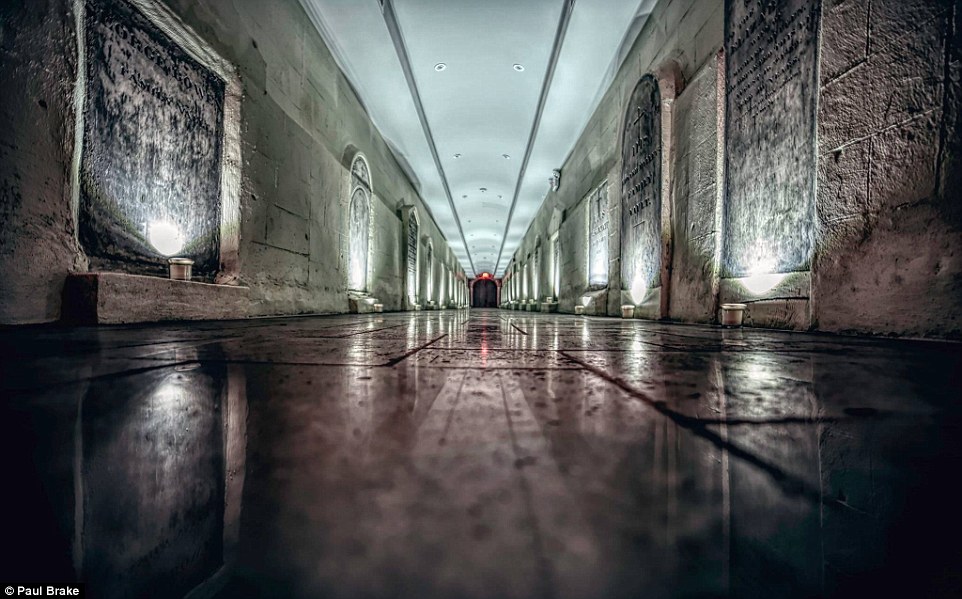 Paul said of this picture that it is ‘an intimate perspective of the catacombs’ at the Basilica of St. Patrick’s Old Cathedral 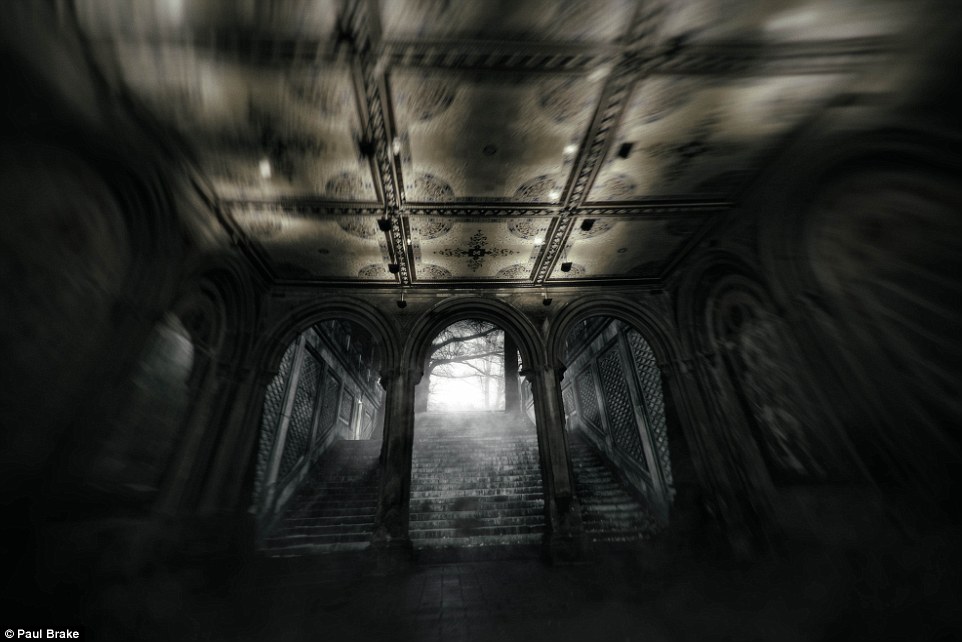 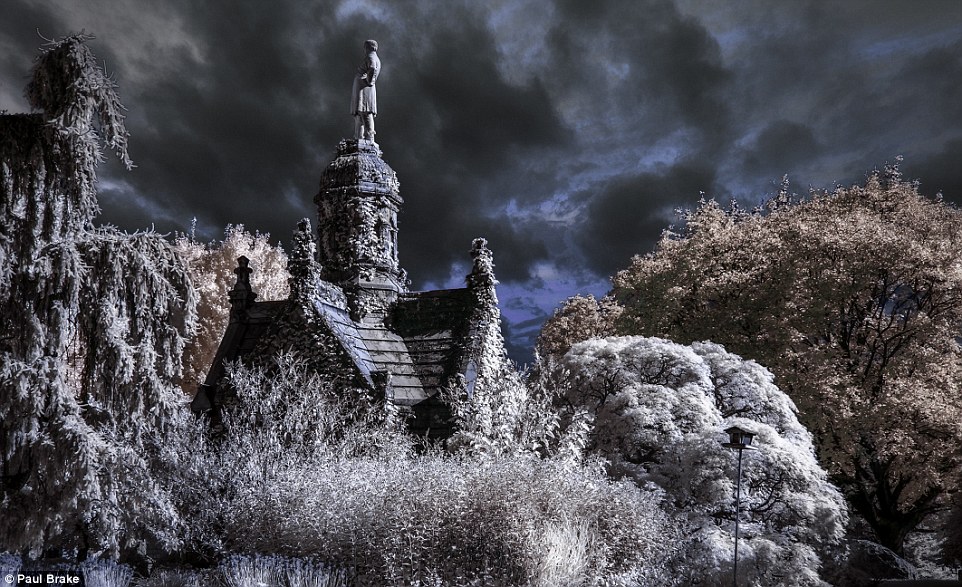 ‘Street photography and capturing the human condition is always a passion of mine which I try to do every time I venture out of the house.

‘Some of the most exciting photography for me is finding hidden corners, less traveled places, and run down/derelict architecture as you never know what you are going to encounter, and it’s always unique.’

And he acknowledges that New York is the gift that keeps on giving for him.

He added: ‘Like most people I was amazed [when I moved to New York] at all the sights that we usually only see in movies and on TV.

‘There is so much to photograph I couldn’t imagine not taking advantage of capturing all the sights, the people of NYC, and the weird and wonderful situations encountered almost daily.

‘I can honestly say that after 22 years here I am still continually encountering new things to photograph.’