An independent federal election candidate has been caught on camera launching a shocking rant toward two Nigerian men.

The video shows independent candidate Teresa van Lieshout – formerly of the Palmer United Party and One Nation – shouting at two men in the street during a confrontation in Melbourne on Wednesday.

The independent candidate for Cooper in northern Melbourne can be heard yelling ‘foreigners are brought here for votes so that Australian-born citizens can be murdered.’ 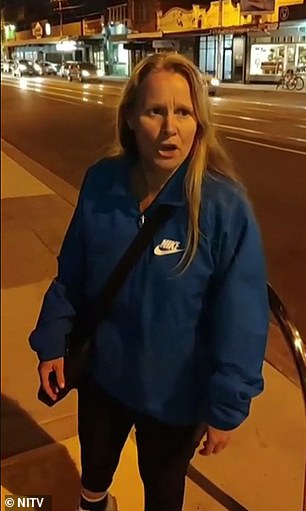 In the video, the woman apparently claims that Liberal and Labor immigration policies are leading to Australian people being murdered

Rikefe Ohwofi decided to film after claiming that Ms van Lieshout bumped into him and his friend while they were walking to dinner.

She later denied that, saying they refused to move out of her way and swore at her, so she ‘let them have it’.

‘Are you a Christian? Because I’m an Australian-born teacher and I’m in the federal election,’ she says on the video footage.

‘You have to respect me, because I was born here and I’m a teacher.

‘What country are you from? I don’t go to your country and destroy your rights, what do you say about that?’ Ms van Lieshout,a devout Christian, rants. 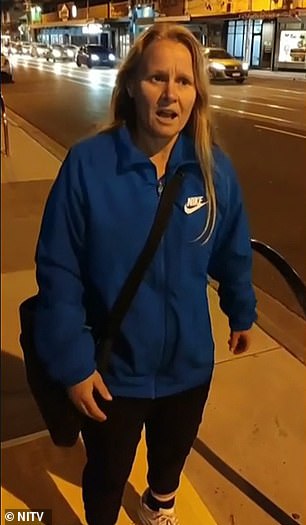 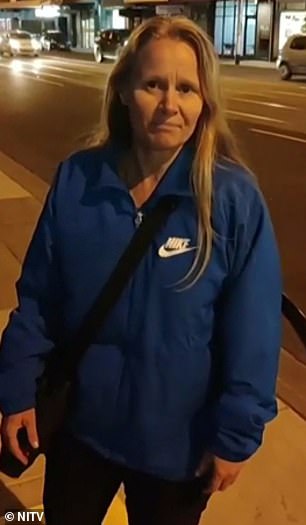 ‘I’m going to go to your country and destroy all your people’s rights and make you all unemployed, and homeless and drugged. How would you like that? That’s what those politicians are doing to my people.’

At that point a woman steps into defend the men, calling the woman racist.

When contacted by Daily Mail Australia, Ms van Lieshout claimed the men refused to get out of her way when she was walking, which they deny.

‘I was walking along the side walk path, they were walking on the same path from the opposite direction straight towards me and they wouldn’t move,’ she said.

‘I said, “please get out of my way” and they swore at me and refused to move so I let them have it.

‘I would deport all such women-hating racist foreigners from Australia.’

She claimed she did not say anything racist to the men, adding: ‘Australian-born citizens of Aboriginal and European descent are subjected to and suffer the most racism here.’

She added: ‘For over 100 years, those politicians are killing off Australian-born citizens, bringing foreigners here to vote for them; this is treason.

‘Those who support them are racist towards our own Australian born people, including you media people promoting them. So don’t defame me for free speech, speaking the truth.’

The men denied doing anything wrong.

Mr Ohwofi told NITV News: ‘I was looking down at my feet and she sort of barged through me. So I turned around to look at her and was like, “What are you doing, are you serious?’ and she was like “Get out of my way, get out of my country”.’

‘She started hurling a barrage of insults at us …. and I was like “what are you talking about?” ‘

Ms van Lieshout is a teacher and self-published author on social, theological and political issues.

As an Independent she previously contested numerous state and federal elections in Western Australia.

She was also a One Nation candidate at the 2005 state election and was briefly a Palmer United candidate in 2013.

She also contested the Batman by-election in 2018, polling 1.5 per cent.

The prolific YouTuber made headlines in 2013 after then Palmer United Party leader Clive Palmer disendorsed her as a candidate for not toeing the party line, just 12 days after she was anointed.

Mr Palmer admitted he had not met Ms van Lieshout prior to endorsing her, but had seen her many videos covering a wide range of topics such as ‘Biblical Eschatology (Apocalyptic)’ and ‘Abolish Psychiatric Practice in WA’. 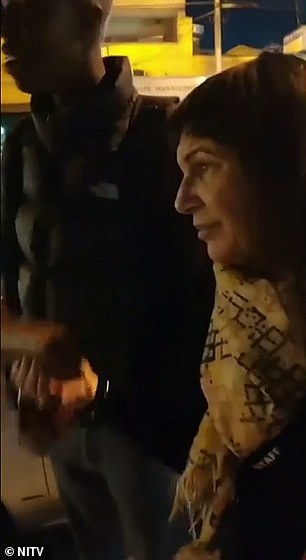 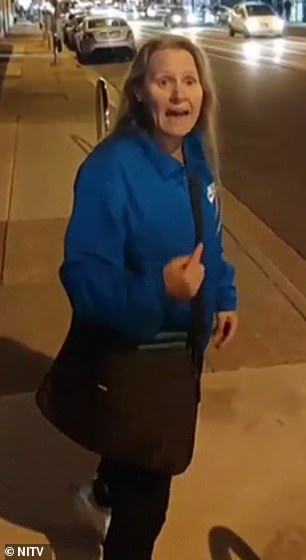 A woman stepped into defend the men, calling the woman racist