The Indian Army has claimed to have discovered the footprints of a ‘Yeti’ during a mountaineering trek in Nepal.

On Monday the army took to Twitter to share with its 5.9 million followers the footprints made by what they described as an ‘abominable snowman’ at the Makalu Base Camp in the Himalayas.

The pictures showing 32-inch footprints have gathered more than 12,000 likes on social media – but many were quick to mock the unbelievable find made by the army on April 9. 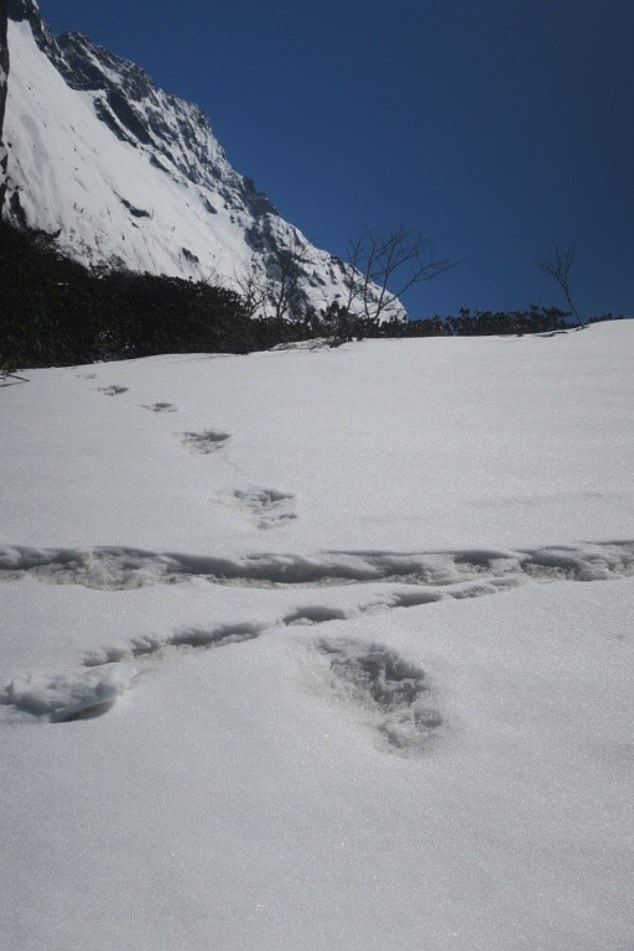 The strange 32-inch footprint has been shared on the Indian Army Twitter page and has already received more than 12,000 likes

‘This elusive snowman has only been sighted at Makalu-Barun National Park in the past.’

However some were quick to share their skepticism at the suggestion that the footprint was created by an elusive creature.

One Twitter user, Kunal, commented: With all due respect to everyone, what we call Yeti is with all probability either the Himalayan Brown Bear or Tibetean Blue Bear.

‘Both are endangered, can grow over 7 feet and are bipedal. The single foot print forms when the bear walks on 4 feet.’

Anusuya wrote: ‘What the hell is wrong with you guys? Just look at those pics for heaven’s sake. That’s not a bipedal. Could’t you guys call a single animal expert before posting this? 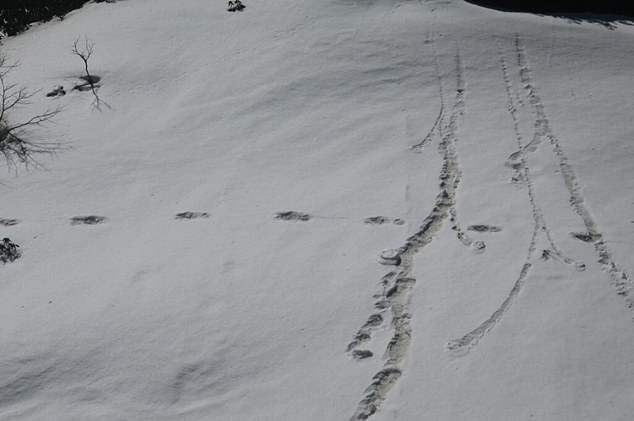 The footprint, which according to the Indian army comes from a ‘mythical beast’, was discovered by the mountaineering group on April 9 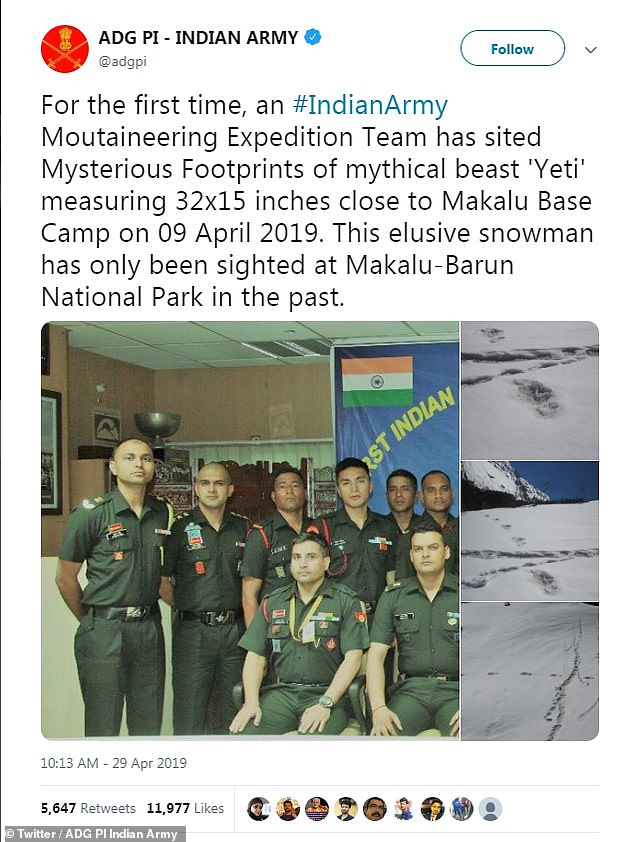 ‘Unless you are claiming your yeti walks on a single foot and travels by jumping.’

However another user, Chowkidar Tarun Vijay, congratulated the find and replied: ‘Congratulations, we are always proud of you. salutes to the Mountaineering Expedition Team.

‘But please, you are Indian, don’t call Yeti as beast. Show respect for them. If you say he is a ‘snowman’. 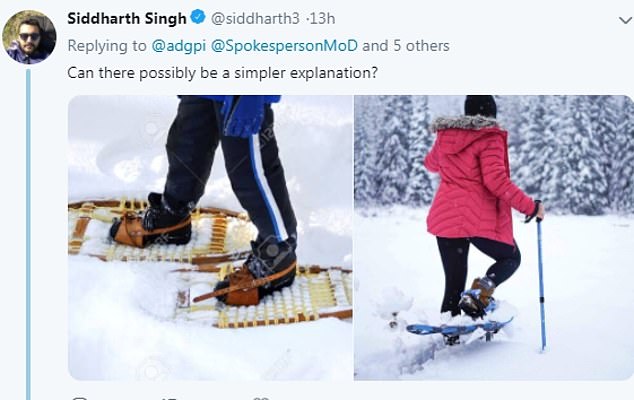 Some Twitter users were quick to dismiss the claims while another user, Chowkidar Tarun Vijay, asked that the Yeti not be described as a ‘beast’