Indian father, 27, will be deported as his ex-wife, 22, is jailed for abusing their toddler daughter and blaming the bruises on demons

An Indian father, 27, will be deported and his ex-wife, 22, jailed for abusing their toddler and blaming the bruises on demons.

The former couple, who legally cannot be named, appeared in Townsville District Court this week to be sentenced over the abuse of their three-year-old, which lasted eight months.

The court heard when authorities assessed the child she had to be wiped down because she was so dirty.

She was also underweight, had bruises all over her body, and fractures in her right leg, shoulder, arm, and collarbone, according to the Townsville Bulletin.

An Indian father, 27, will be deported and his ex-wife, 22, jailed for abusing their toddler

On one occasion, the 27-year-old father grabbed the child’s left ankle and swung her around the room to check her pain tolerance.

The abuse occurred as the two travelled between Brisbane, Mackay and Gladstone along the southern Queensland coast.

The mother’s defence barrister explained she had not had a smooth upbringing.

He said she had left home at 15, fallen pregnant in Grade 12, and left school after a bout of morning sickness.

Prosecutors told the court the mother and father’s attempts to explain their actions were characterised by lies, minimisation, and bizarre explanations, including the mother claiming the child was inhabited by demons that caused the bruising.

Defence barrister for the father told the court he arrived in Australia in 2014 to study and intended to leave the country when his visa expired in 2017.

He admitted his actions and expressed his regret in a letter read to the court.

During sentencing, Judge John Coker said the former couple’s actions amounted to ‘both physical and emotional harm directed to this little girl’ and they had failed to respond to the distress the child was under.

He said the behaviour was so repeated that when the child heard a tapping spoon on a hard surface she was conditioned to curl up in fear of what may follow.

The woman received a sentence of three years and will be eligible for parole on September 6, having already spent 161 days in jail.

The man has spent 15 months in jail and received a sentence of three years and nine months, but will likely be deported for the remainder of his sentence.

The court heard the child has minor developmental issues but has now gained weight and is doing well. 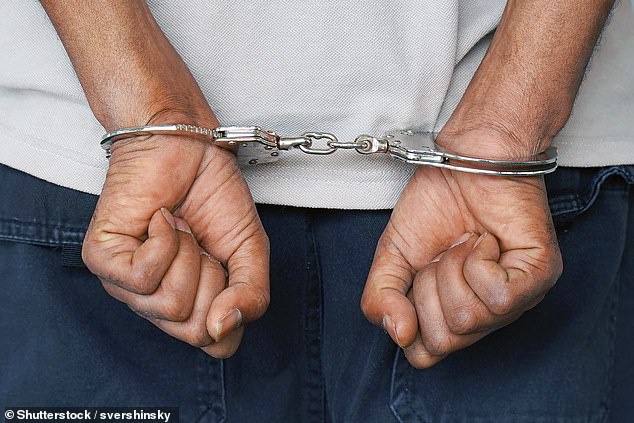 The former couple, who cannot be named, appeared in Townsville District Court this week to be sentenced over the abuse lasting eight months