An Indian guru with 40 million followers has been jailed for life after being found guilty of raping a teenage devotee while pretending to rid her of evil spirits.

Asaram Bapu was convicted at a closed jailhouse court hearing in Jodhpur, India, while hundreds of police stood guard.

The 77-year-old leads more than 400 ashrams in India and around the world.

Bapu reportedly raped the girl while her parents waited outside his room chanting prayers as he ‘cured’ her and threatened to kill her family if she told anyone.

Indian guru Asaram Bapu, 77, was found guilty of raping a teenage devotee after telling her it would rid her of evil spirits

The white-bearded guru, who urges followers to live a pious life free of sexual desires, has always denied raping the then-16-year-old at an ashram in the city.

He can appeal the verdict and forthcoming sentence for the 2013 crime to a higher court.

‘He has been convicted for rape and sections of stringent child protection law,’ the victim’s lawyer Utsav Bains said.

Several Indian states were put on high alert and thousands of extra police deployed ahead of Asaram’s trial with authorities fearing riots if ‘Babuji’ was found guilty. 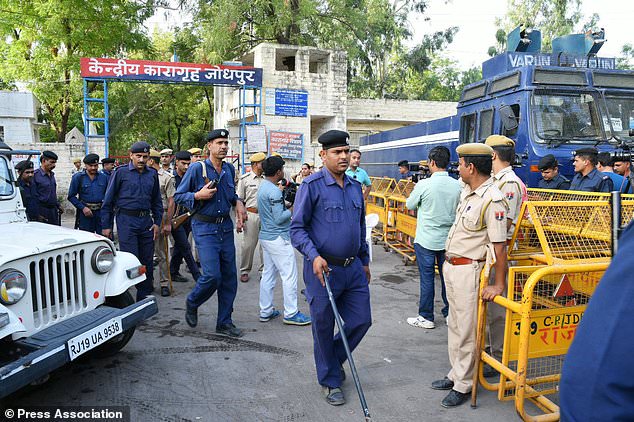 The hearing was closed to media and the prison surrounded by tight security, with his sentence to be announced later in the day 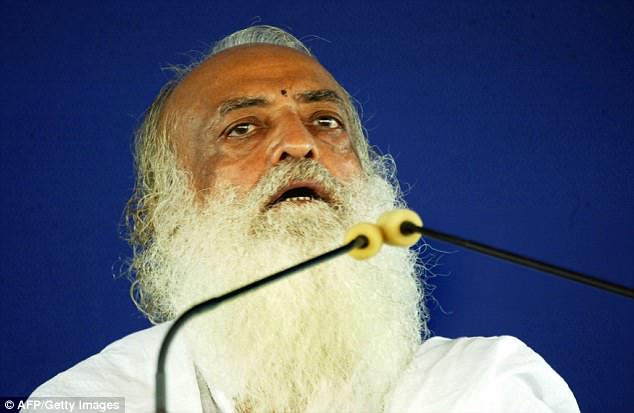 Devotees of another self-styled Hindu guru Saint Gurmeet Singh Ram Rahim Insan, who was jailed in 2017 for 20 years for rape, went on a rampage that lasted days and left 38 dead.

Asaram still commands a huge following but his star power has faded following the rape charges and other controversies.

He is also on trial for raping two sisters along with his son Narayan Sai, and involvement in the killing of two students at another of his Hindu retreats.

Meanwhile, the gang rape and murder of an eight-year-old and a separate assault on a teenager by a ruling party politician has sparked revulsion in recent weeks and angry marches across India.

Under pressure to respond, the government last week approved the death penalty for those convicted of raping children under 12.

Prime Minister Narendra Modi – who was criticised for a slow response to the protests – has since promised ‘to hang the people of demonic tendencies who misbehave with daughters’.

‘There is a government in Delhi which listens to the hearts of the people and decides on the basis of it,’ he told a political gathering Wednesday.

Asaram’s website boasts of many high-profile devotees and admirers, including Modi and other past prime ministers. 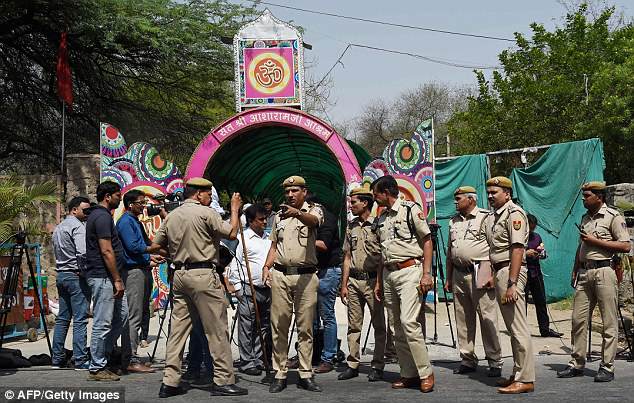