An English manager in charge of Indian Super League side Odisha – Stuart Baxter – has claimed his players must ‘rape or get raped to win a penalty’.

The extraordinary outburst came when Baxter conducted a post-match interview having seen his team lose 1-0 to Jamshedpur.

Stuart Baxter, who manages Odisha in the Indian Super League, is in hot water for his remark 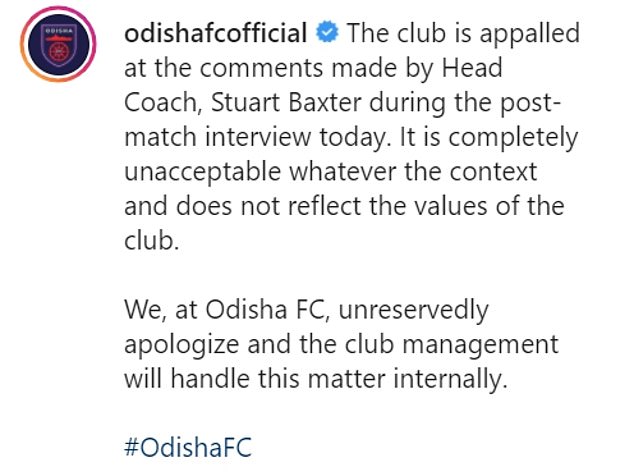 Baxter, former manager of South Africa and Finland, has been condemned by Odisha for his remarks.

A club statement read: ‘The club is appalled at the comments made by Head Coach, Stuart Baxter during the post-match interview today,’ they said in a statement.

‘It is completely unacceptable whatever the context and does not reflect the values of the club.

‘We, at Odisha FC, unreservedly apologise and the club management will handle this matter internally.’

Odisha are bottom of the Indian Super League having picked up eight points in 14 games so far this season. 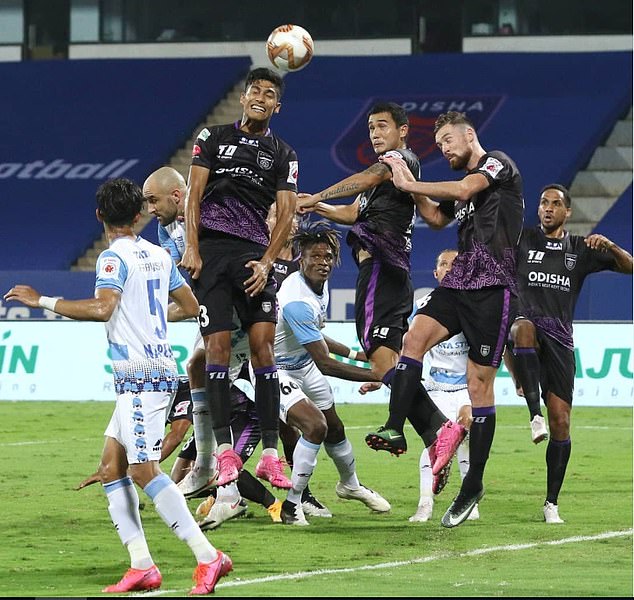 Baxter spent his playing career in the English leagues with Preston, Morcambe and Stockport before moving abroad to the likes of Sweden, Australia and the USA.

Baxter took the job with Odisha last year but it remains to be seen whether he will remain in his post following his post-match outburst.