Most little girls would do anything to be given a birthday bash filled with princess themed decor and presents – but for one sweet child, helping out a new friend in need was more important.

Birthday girl Brooklynn Daniel, who is preparing to turn 8-years-old this month, crossed paths with her new pal, Evan Brenneman, just days ago.

Evan is a fun-loving 2-year-old suffering a rare and life-threatening illness that leaves him feeling intense hunger 24/7, as he is never able to feel full after eating meals.

The genetic disorder, noted as Prader-Willi syndrome, begins during early childhood and continues through adulthood.

Birthday girl Brooklynn Daniel (pictured left) is set to turn 8-years-old this month. She is donating her birthday to help her friend, Evan, (right) who is suffering a rare illness 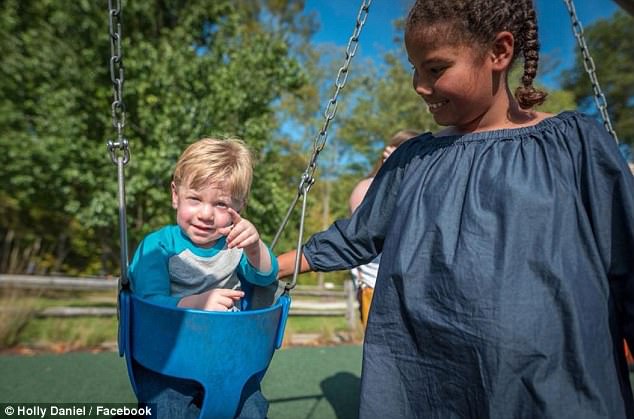 Brooklyn and Evan met at a playground in Indianapolis, Indiana this month 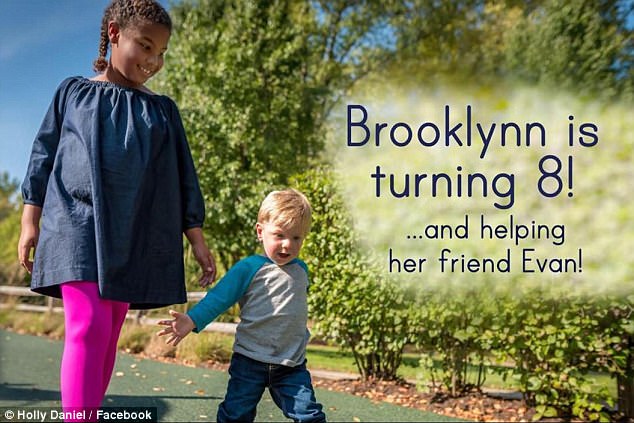 Evan is a 2-year-old suffering Prader-Willi syndrome, which causes him to feel intense hunger 24/7 as he is never able to feel satisfied and full after eating 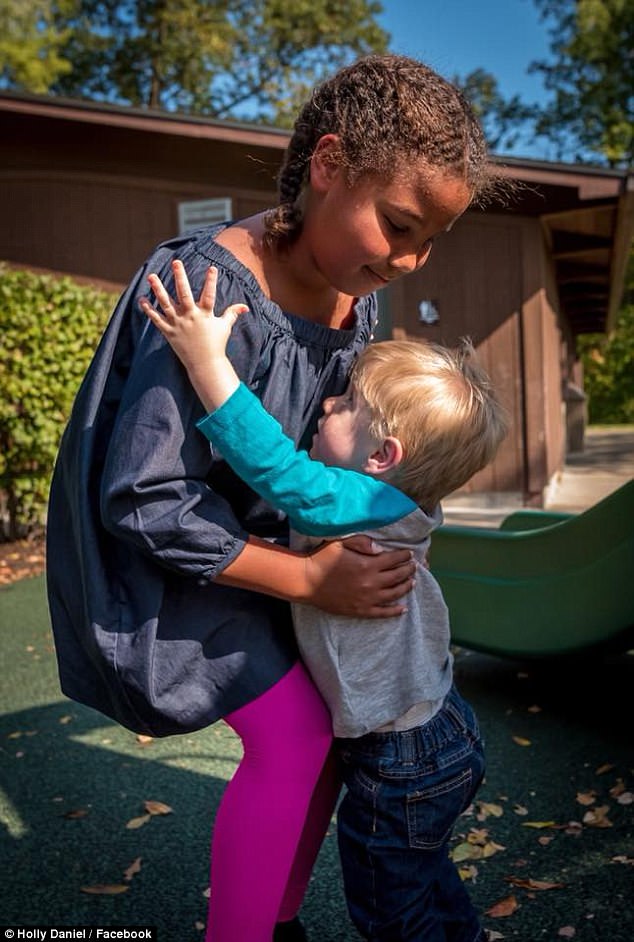 The disorder is life-threatening and on average, has a lifespan of mid-20’s

Brooklyn and Evan met at the playground after their mothers, who both teach at Rhoades Elementary in Wayne Township in Indianapolis, Indiana, arranged the play date.

When Brooklyn first spent time with the fun-loving toddler, she was charmed, and told the IndyStar: ‘He’s really cute.’

Around the same time of their meeting, the young girl had been anticipating her coming birthday and as she began thinking of plans. 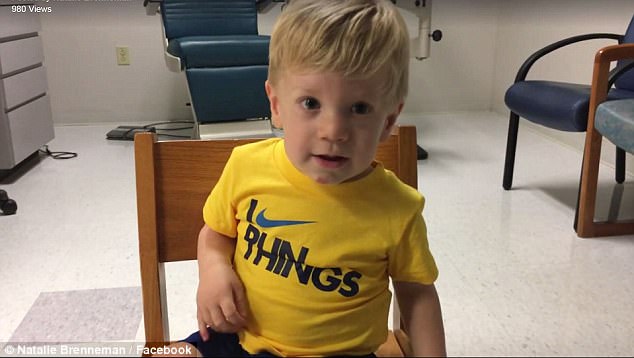 When Brooklyn first spent time with the fun-loving toddler, she was charmed, as she told the IndyStar: ‘He’s really cute’ 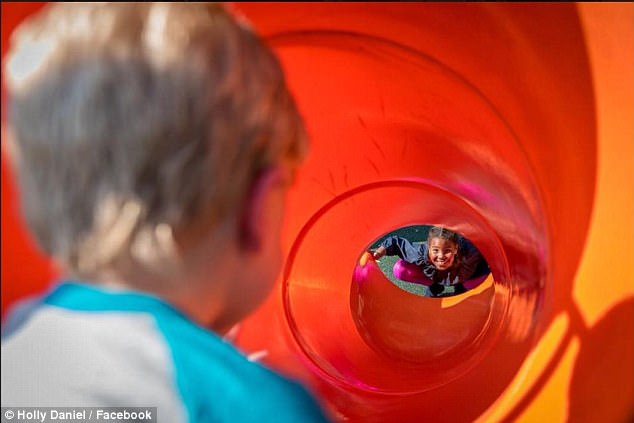 Around the same time the friends met, Brooklyn had been anticipating her coming birthday and began thinking of plans to celebrate the big day 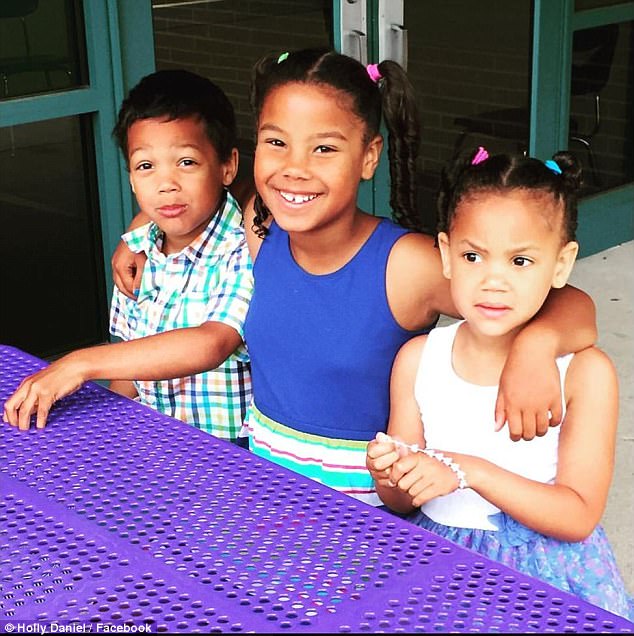 Rather than receiving gifts, Brooklyn is asking the party attendees to make a donation to the Foundation for Prader-Willi Research on behalf of her friend

She initially asked her mother if they family could make a special trip to the Great Wolf Lodge theme resort in Sandusky, Ohio, but unfortunately – the park was beyond their budget.

That’s when Brooklyn came up with the alternate idea, that included hosting a party for her new friend, Evan, in order to would help raise money for Prader-Willi Syndrome research.

Rather than receiving gifts, Brooklyn has asked party attendees to make a donation to the Foundation for Prader-Willi Research on behalf of her friend.

Her proud mother told the IndyStar that the sweet Brooklyn has always had somewhat of a ‘mommy vibe.’

She said her daughter felt she would feel more fulfilled in helping make a positive impact, rather than being showered with gifts she did not need. 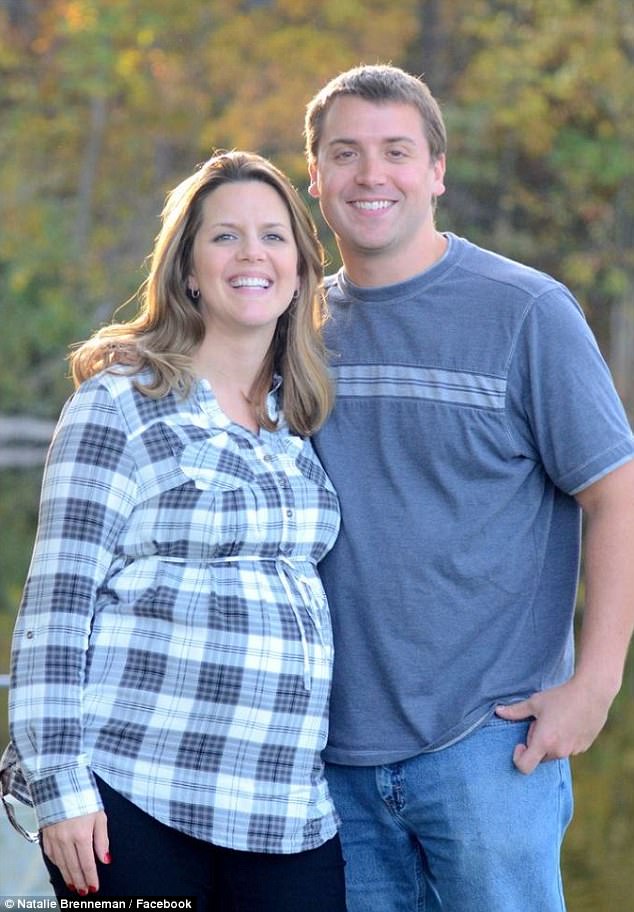 ‘I just thought that it would be something different, and it would be kind,’ Brooklyn told the newspaper. ‘(Evan’s mother, Natalie) is my kindergarten teacher … I mean, I love her.’

Natalie, who spoke in a video interview with IndyStar, said the moment she and her husband, Blake, received the bombshell news about their son’s condition, a regular day turned to be ‘the darkest.’

‘When I think about meal time and I’m hungry, I wonder, and I’m scared, that Evan will always feel that way,’ Natalie said. 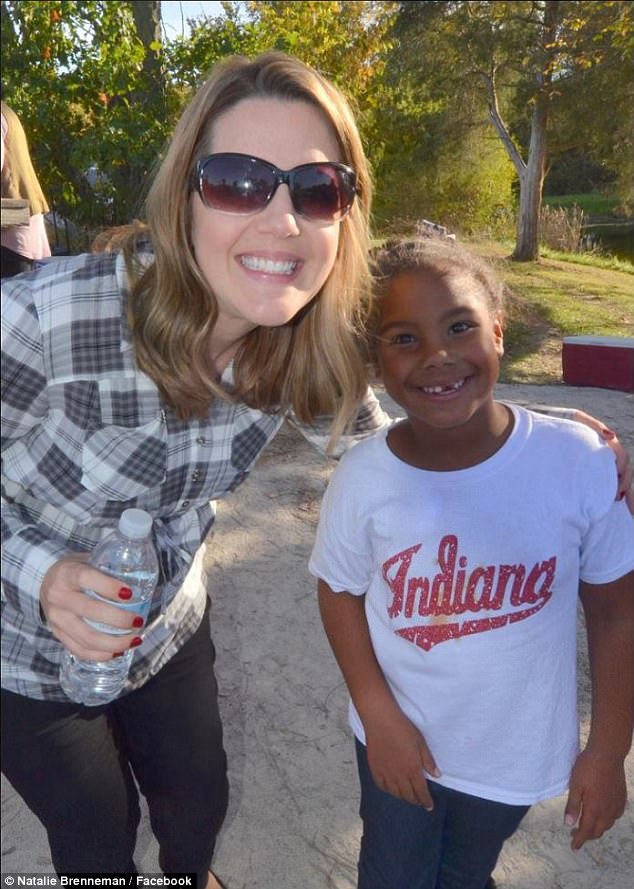 Natalie (left), who is Brooklyn’s former teacher, said the heart of the young girl (right) makes hers ‘burst’

Brooklyn and Evan crossed paths at a playground after their mothers, who both teach at Rhoades Elementary in Wayne Township in Indianapolis, Indiana, arranged a play date

‘And when I eat, and feel better, I get sad thinking, ‘will my son ever feel that way?’,’ she added. ‘ That is really hard for us.’

The solemn father revealed the average lifespan for individuals suffering the disorder is said to be in the mid-20’s.

‘It just breaks you down,’ said Evan. ‘You’re brand new baby, and it feels like their future is crushed right there immediately.’

But the beloved elementary school teacher and her husband were deeply touched by former student, Brooklyn’s selfless act, as Natalie said the heart of the young girl makes hers ‘burst’.

Brooklyn, who has been volunteering separately for the Best Buddies organization, which works to end social and physical isolation of children suffering developmental setbacks, is happy to have changed up plans for this year’s celebration.

The self-forgetful young girl will celebrate eight years of life this Friday. 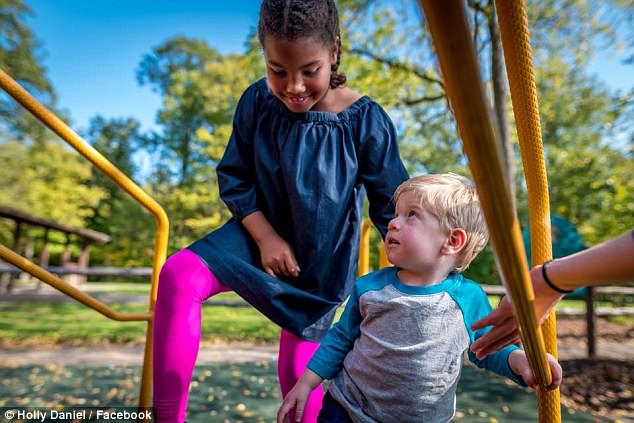 Brooklyn has been volunteering separately for the Best Buddies organization, which works to end social and physical isolation of children suffering developmental setbacks 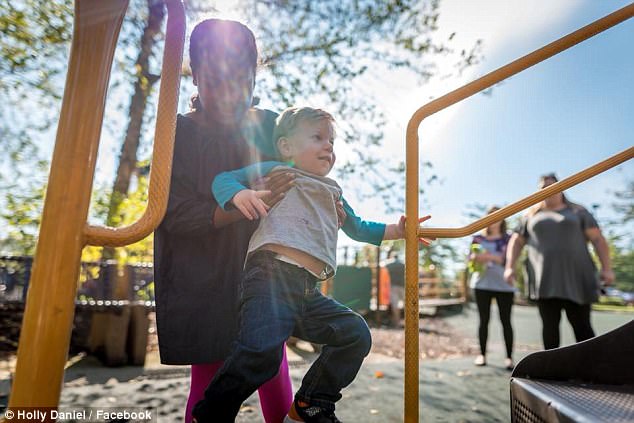 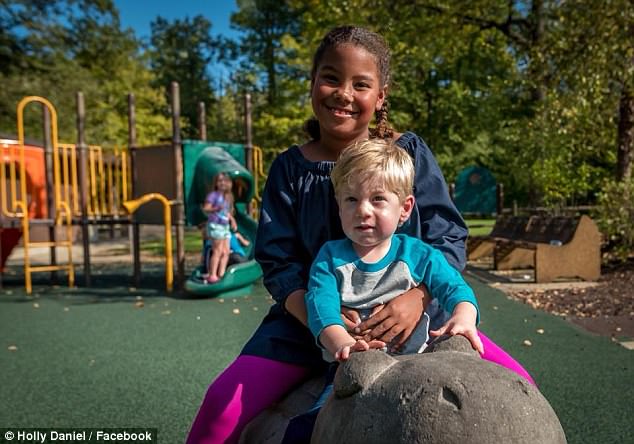 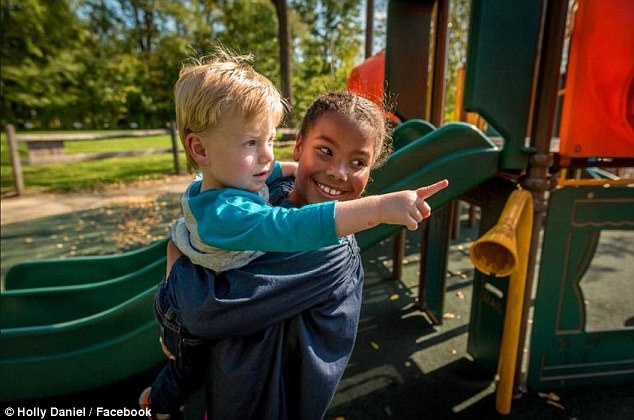