A big-hearted groom shared vows and a first dance with his bride and her special needs little sister so she would not feel left out on their big day.

Romantic Will Seaton, 25, promised to take Hannah Schaus, 15, as his best friend forever on the same day as tying the knot to partner Ashley, 23 in Rockport, Indiana.

Geologist Ashley and Will, a power plant operator, met seven years ago and from day one she told him that Hannah was part of the package.

The teenager has Down’s Syndrome and suffers from diabetes, so needs round-the-clock attention and is inseparable from her big sister.

Will happily involved her and ever since the trio have spent almost every day together, watching films, going fishing and enjoying days out at theme parks.

When Will eventually popped the question to Ashley, he turned to Hannah, took her hand and ‘proposed’ to her first in a video which went viral earlier this year.

Then on the big day the ceremony began with ‘best sister’ Hannah being walked down the aisle by her granddad to meet Will at the altar.

She exchanged friend vows with Will – including promising go on fishing trips and to always tell jokes – before the husband and wife-to-be swapped rings and their own vows.

Later, after the newlyweds shared their first dance, Hannah and Will had their own ‘best friend dance’ to Michael Buble’s version of ‘You’ve Got a Friend in Me’.

Heartwarming footage shows the grinning youngster – dressed in a beautiful white gown like the bride’s – exchanging vows and dancing gleefully with her new brother-in-law.

Romantic Will Seaton, 25, (right) promised to take Hannah Schaus, 15, (centre right) as his best friend forever on the same day as tying the knot to partner Ashley, 23 (centre left) 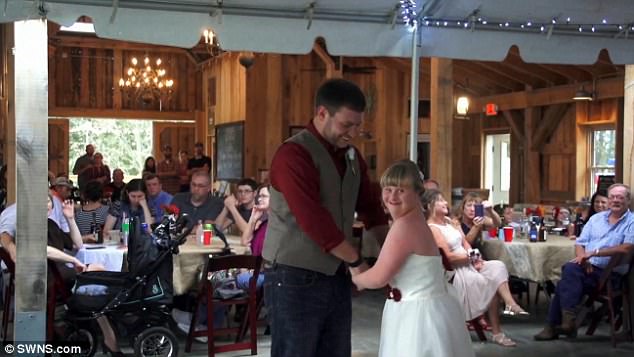 After the newlyweds shared their first dance, Hannah, dressed in a white dress like her sister, had a ‘best friend dance’ with Will to Michael Buble’s version of ‘You’ve Got a Friend in Me’ 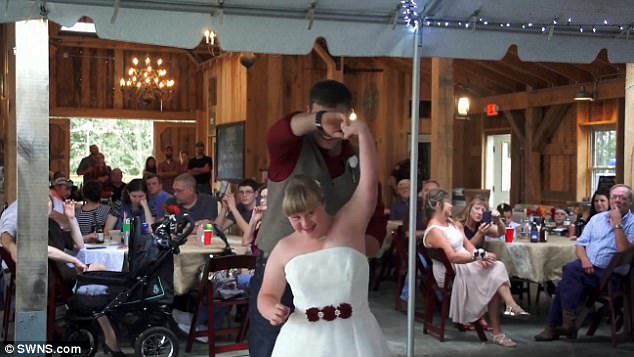 The teenager has Down’s Syndrome and suffers from diabetes, so needs round-the-clock attention and is inseparable from her big sister Ashley and now her brother-in-law Will

Proud sister Ashley, of Santa Claus, Indianapolis, said: ‘Hannah is such an important part of my life and I knew she would always be incorporated into our wedding.

‘Sharing the day with her didn’t phase me one bit. It meant so much to me to see her enjoying herself.

‘She was smiling from start to finish. When she got home she said her cheeks hurt from smiling so much.

‘She was on cloud nine. It was very special.’

Ashley and Will got married on Saturday in an outdoor ceremony attended by family and friends.

Hannah, who was wearing a ‘best sister’ necklace given to her by her older sibling, walked down the aisle first.

Ashley recalled: ‘The preacher holding the ceremony said, ‘Hannah, do you take Will to be your best friend forever?’ and then he asked Will the same question. 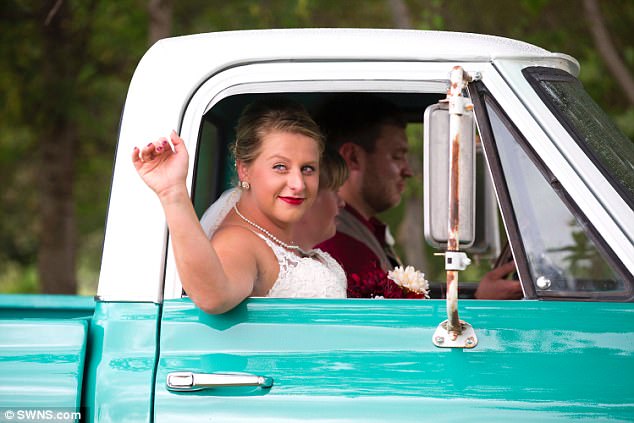 Proud sister Ashley, of Santa Claus, Indianapolis, said: ‘Hannah is such an important part of my life and I knew she would always be incorporated into our wedding’

‘He said, ‘By the powers vested in me, I now pronounce you best friends forever.’

‘All our family and friends were there and they clapped. Hannah tried to hold herself from crying – she was very nervous and very excited.

‘Then Will and I said our vows. I told him I was beyond thankful for him looking out for Hannah.’

Ashley said that from the beginning Will respected her strong bond with her sister and brought Hannah into their lives together.

‘Will not only accepted Hannah, but loved her unconditionally the same way I did. He cares for her and protects her, makes her laugh, and everything in between.

‘I could not ask for a better husband ,’ she said.

After the vows, the newlyweds and Hannah sat in three seats at the head of the table before performing their first dances.

Ashley added: ‘I practised the first dance with her before the big day. It’s a fast-paced number so they were stepping back and forth.

‘She was having a great time and everybody was loving it.’

The trio’s story first captured the world’s imagination this summer after Will proposed to both sisters in a field of daffodils by their home. 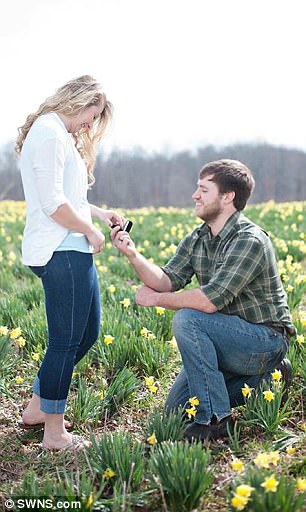 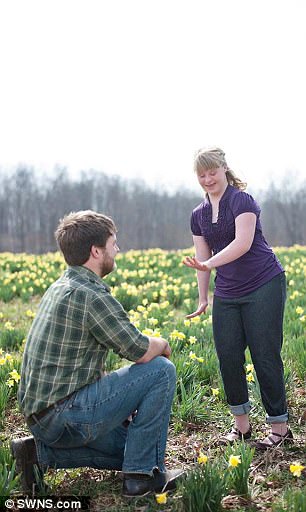 When Will popped the question to Ashley this summer in a field of daffodils he also turned to Hannah, took her hand and ‘proposed’ to her in a video which went viral earlier this year 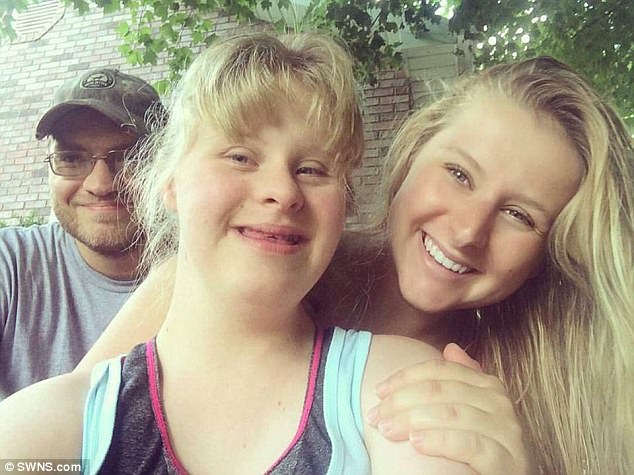 Happy family: L-R Will Seaton, 25, Hannah Schaus, 15, and Ashley smiling for the camera on one of their many days hanging out together before their big wedding day

He gave his partner a gold engagement ring with a diamond that belonged to his great-grandmother and gave Hannah a ring his grandmother had as a child.

Ashley said she was excited her little sister could experience that because she doesn’t know if she will meet someone or get married herself.

Will said: ‘I decided to include Hannah because I know she wanted to feel just as special as Ashley.

‘Ashley and I always share everything with Hannah and so our wedding day was no different.’

Hannah added: ‘Will is my best friend. He takes care of me. I danced with him. He is sweet.’ 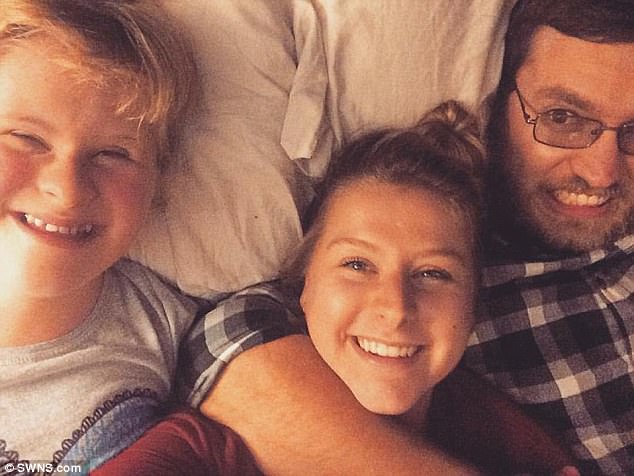 Since Will and Ashley met, Will has happily involved Hannah in their lives together, spending almost every day together, watching films, going fishing and enjoying days out at theme parks