Indiana Pacers’ Buddy Hield scores the FASTEST 3-pointer in the play-by-play era as he nets inside just THREE SECONDS of the game against the Cleveland Cavaliers – beating Reggie Miller’s shot at 11:56 in 2000

Hield scored after just three seconds after the tip-off fell perfectly to him before immediately jacking up a three – much to the enjoyment of those inside Indianapolis’ Gainbridge Fieldhouse.

The previous record was held by Pacers great, Reggie Miller, who scored four seconds into a game vs. Golden State in 2000.

Cleveland rebounded from the early deficit to lead at the end of Q1 and half but lost thanks to a blistering Pacers second-half.

Indiana outscored the Cavs 71-58 in the final two quarters behind 25 points from Hield and 29 from Tyrese Haliburton.

‘Shoot the ball. Stop dribbling. I don’t need you to dribble, just shoot the ball,’ he said.

“I don’t need for you to dribble, just shoot the ball. Please.”

Tyrese Haliburton’s dad came through the pregame tunnel to share some words of wisdom for Buddy Hield.😂 pic.twitter.com/4XbVjMjm7b

‘Just shoot the stupid ball, you the man,’ Haliburton Sr. remarked from inside the pregame tunnel.

Hield, often known for being a sharpshooter from three, won the 2020 Three-Point Contest.

The spotlight has been on the Bahamian this week after he was caught on camera making a lewd comment about his former franchise. 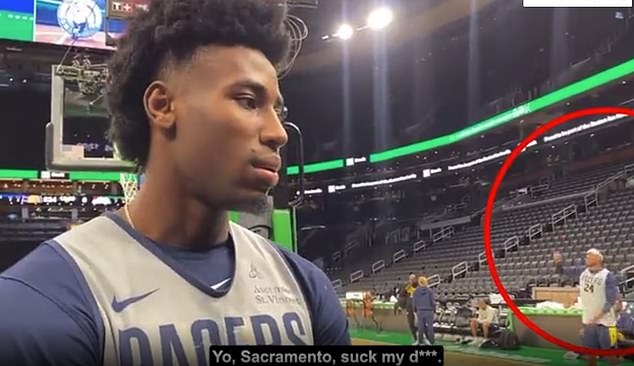 While teammate Aaron Nesmith was conducting a media interview Hield was shooting in the background and can be heard speaking to another inside TD Garden.

Hield spent five-and-a-half seasons with the Kings before he was traded to Indiana alongside Tristan Thompson and Tyrese Haliburton in exchange for Domantas Sabonis, Justin Holiday and Jeremy Lamb on February 8. 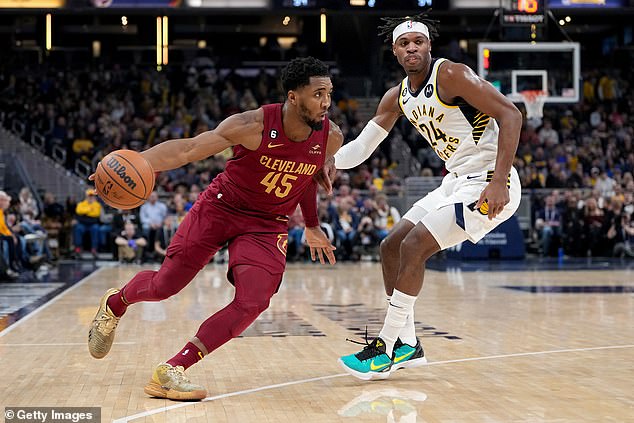 Hield has his work cut out form him Thursday, playing against Donovan Mitchell of Cleveland