Indie horror film The Wretched is America’s number one movie

Low budget indie-horror movie The Wretched has become the number one movie in America for three weeks running, thanks to depleted competition due to the coronavirus outbreak and drive-in theater screenings.

The horror film, which follows the story of a teenager who discovers a witch is living next door to his father, was released May 1 and has seen a wildly successful debut as the top film in the USA for three-weeks as of Thursday.

The movie was created by Detroit-raised brothers Brett and Drew Pierce and has raked in $350,000 at the box office so far, as big Hollywood studios opt to delay their film premieres or release them on streaming services.

The Wretched saw additional success because its distributors IFC Midnight showed the film in over 45 drive-in theaters, which has become a popular pandemic activity as it allows for social distancing.

The film, despite lacking big stars and producers to its name, earned nearly $70,000 from 12 drive-ins on its first weekend.

Low budget indie horror film The Wretched is America’s number one movie for three weeks running as of Thursday. A creature from the film pictured above

‘It’s actually been a complete shock and kind of insane,’ Brett said to Entertainment Weekly.

‘We were a little movie from Michigan. We always aimed for the moon, but with an independent film you think, Yeah, we’ll come out in a few theaters, and we’ll play for like a week, and maybe ten people will see it. Most people are going to see it when we land on a streaming service at some point. Each week it just kept on getting bigger, it was one of those things where you just don’t believe it as it’s happening.,’ he added.

Originally the film was booked to be screened in just 15 theaters before the COVID-19 pandemic hit.

‘The release date was set and it wasn’t going to change. For a while there it was, ‘Well, guys, it’s not going to be in any theaters, [but] we’re still going to come out on VOD. We were disappointed at first but completely understood because of the pandemic,’ Drew said.

When IFC pitched showing the film at drive-in theaters, the directors were on board.

‘Every week, IFC would be like, “We’ve got these couple more drive-ins that are open, that are safe and willing to play it.” And then a couple more days would go by and, “Oh, there’s a couple more.” They eventually opened it up on twelve, I think,’ Drew said. 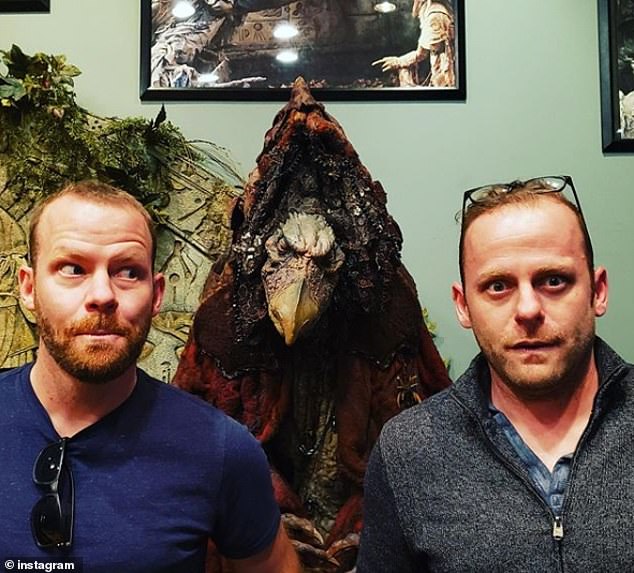 Directors Michigan brothers Brett and Drew Pierce say they’re shocked with the wild success of their film. ‘It’s actually been a complete shock and kind of insane,’ Brett (right) said 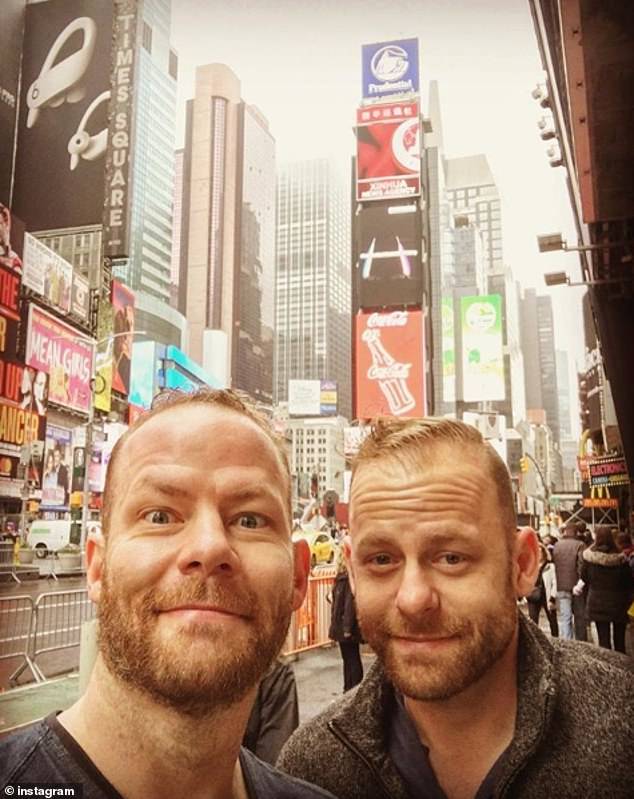 The duo made the zombie-comedy Deadheads in 2011 before creating The Wretched, which focuses on a boy’s run in with a witch

‘We were like, Oh, wow, we came out in twelve, looks like quite a few people came and saw it. We were like, that’s probably the best we’re ever going to do. And then each week they kept on adding more drive-ins and the movie kept getting more people there,’ he added.

In two weeks IFC Films has made over $200,000 from drive-ins alone, in part from The Wretched, according to Associated Press.

The directors describe the film as low budget, but haven’t released hard numbers behind production costs, and say they’re happy with the film’s profits so far.

‘It would be considered low budget. I don’t use that term because it automatically makes people think there’s something wrong with it. [The budget was] not a lot. To give you a sense, there were a couple of nights I slept on the couch for the wardrobe department, because there weren’t enough places to stay,’ Brett said.

DailyMail.com has reached out to IFC Midnight for details on the film’s budget and profit distribution.

The brothers were inspired to enter the movie business by their father Bart Pierce who was an aspiring filmmaker himself and who did special effects for Sam Raimi’s 1981 film the Evil Dead.

The duo moved to Los Angeles and made the zombie-comedy Deadheads in 2011 before creating this witch subgenre film. 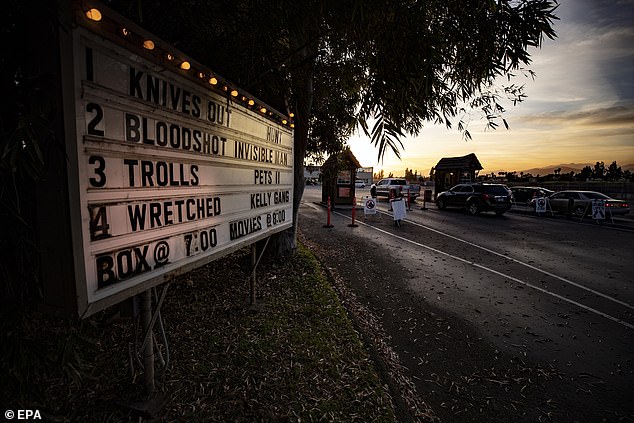 It was released on May 1 and so far as grossed over $350,000, and has seen wild success thanks to screenings in over 45 drive-in theaters across the country. The Wretched pictured on a billboard at the Mission Tiki Drive-In Theater in Montclair, California on May 7 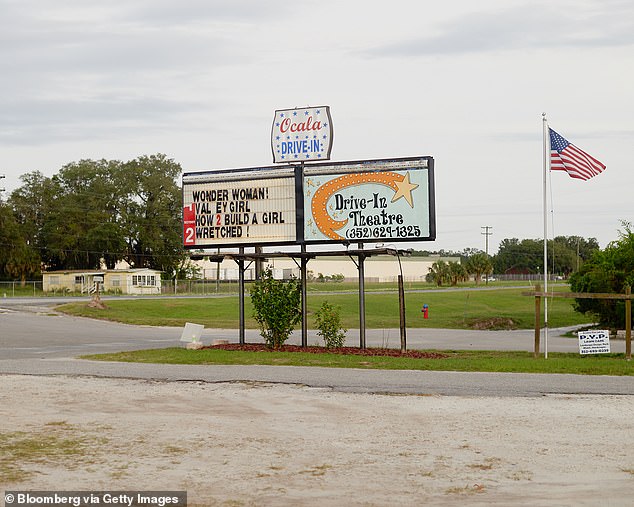 The Wretched pictured at a drive-in movie theater sign in Ocala, Florida on May 9. The film, despite lacking big stars and producers to its name, earned nearly $70,000 from 12 drive-ins on its first weekend

The brothers returned to Michigan to shoot the film with a cast of John-Paul Howard from Midnight, Texas, Piper Curda from Teen Beach 2, along with Jamison Jones, Zarah Mahler, Kevin Bigley and Blane Crockarell.

‘Michigan was a huge advantage for us. All our friends are there, all our resources are there. We shot the movie in the area that we used to go camping when we were kids. We got our mum to work as craft service and our dad is our PA,’ Drew said.

The directors say their movie success gives them mixed feelings amid the pandemic that has infected over 1.5million in the US.

‘It’s a weird thing for Drew and I. We’re really happy with the success of the movie but also feel bad about being happy when things are so dark for people. But then you tell yourself [it’s] a safe escapism. We’re a little bit relieved when things aren’t not so nice,’ Brett said.

Now the pair are hoping to make another film where they reinvent the mythology around the werewolf, but this time they hope it’ll be able to be released in traditional movie theaters.