Inducing labour at 41 weeks ‘could save thousands of babies

Pregnant women should be induced at 41 weeks to cut the risk of their baby dying, research suggests.

The findings come from a controversial study in Sweden, which saw mothers-to-be either induced at the end of a full term or get the ‘wait and see’ approach.

However, the trial was stopped last month because six babies in the latter group died. No deaths were recorded in the other group.

Scientists now estimate that one death could be prevented for every 230 women induced at 41 weeks.

It goes against NHS practice, which says doctors should offer to induce labour at the 42nd week if a woman makes it that far without giving birth.

Around seven per cent of pregnancies last longer than 42 weeks, according to US statistics, and new research suggests it may be safer to stop them before they get to that point (stock image)

However, the experts concluded the risk to pregnant women in the ‘wait and see’ 42-week group was still slim.

But there is no international agreement on how to manage longer pregnancies, the researchers said.

The study took place across 14 hospitals in Sweden between 2016 and 2018 and involved 2,760 women who volunteered to take part.

Each of the women, who joined the trial when they were 40 weeks pregnant – the average length is 38 weeks – was randomly assigned to a group.

Around seven per cent of pregnancies last longer than 42 weeks, according to US statistics. 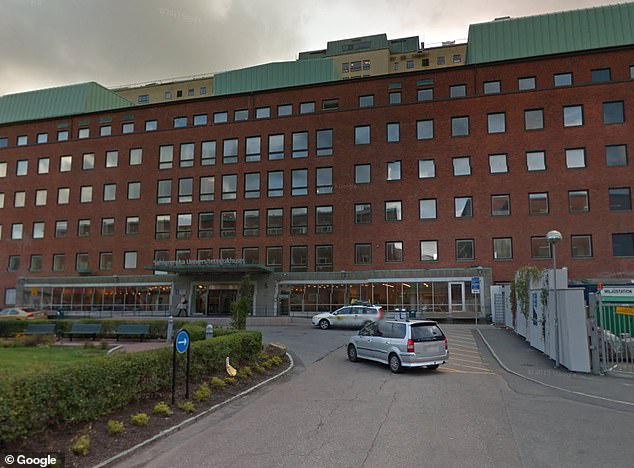 INDUCING LABOUR A WEEK BEFORE DUE DATE ‘COULD REDUCE COMPLICATIONS’

Offering all pregnant women the chance to induce labour early would cut complications and reduce the number of emergency C-sections, a major trial has found.

It showed that inducing labour at 39 weeks – a week before the due date – was safer than waiting for the pregnancy to run its course.

A trial of 6,100 women in 41 American hospitals revealed that triggering childbirth early cut caesarean sections by 16 per cent, pre-eclampsia and hypertension by 36 per cent, and breathing problems among newborns by 29 per cent.

The findings, published in the New England Journal of Medicine, were described as ‘game changing’ by the researchers.

‘Induction at 39 weeks should not be routine for every woman, but it’s important to talk with their provider and decide if they want to be induced and when.’

Five of the post-term babies that died were stillborn and the other passed within days of being born.

One of the couples whose baby died said it happened a day before the researchers said labour should be induced if it didn’t happen naturally.

Maria Lärka and Christer Nilson revealed their heartbreak to Swedish TV station TV4, describing what happened as a ‘grotesque lottery’.

Ms Lärka said: ‘If the birth had been started a week earlier… there would be no need to plan the funeral.’

Aside from the devastating spate of deaths, the researchers did not find any obvious differences in the health of babies born at 41 or 42 weeks.

They had tested the babies’ movement, breathing, heart rate, appearance and reactions using a standard test called the Apgar score.

They also recorded whether the child needed intensive care, whether they had a healthy birth weight and rates of pneumonia and sepsis.

While 2.4 per cent of women in the 41-week group had an ‘adverse outcome’ and 2.2 per cent in the wait-and-see group did, the difference was not significant.

‘Choice is important within maternity care, and clear information about available options should be accessible to all pregnant women,’ wrote three researchers not involved with the study.

They added: ‘A substantial number of eligible women did not join [the trial – 77.9 per cent of the 12,554 who were asked said no] suggesting that many women at 41 gestational weeks prefer either induction or expectant management…

‘Involving them would add real value to ensuring a clear message that, although the overall risk of an adverse outcome at 42 weeks is low for both mother and baby, induction of labour at 41 weeks is associated with fewer perinatal deaths and no difference in neonatal and maternal morbidity.’