Liverpool midfielder Naby Keita momentarily forgot about his injury woes as he watched his side pull off an unforgettable comeback against Barcelona.

Divock Origi and Georginio Wijnaldum scored braces at Anfield as the Reds overturned a 3-0 first leg defeat to book their place in a second consecutive final.

Keita was watching from home after rupturing his abductor muscle during last week’s first leg at the Nou Camp. 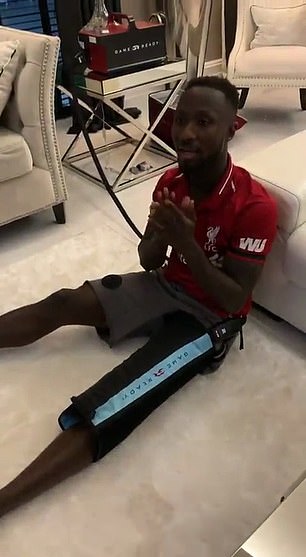 The Guinean took to Instagram to share a video of himself looking tense as he sat on the floor of his living room during the final minutes of the semi-final second leg.

He then posted a second clip of the moment the referee blew his final whistle, the 24-year-old proceeding to rip off his recovery pad and stumble to his feet in celebration.

Keita’s first season as a Liverpool player came to an early end as he suffered the thigh injury in the 19th minute of the defeat in the Nou Camp. 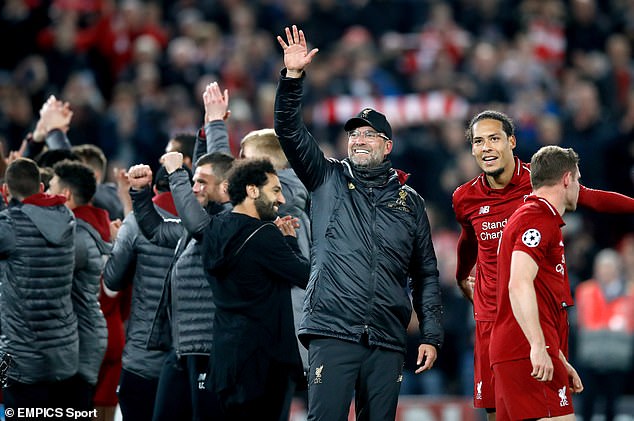 He is set to be sidelined for two months, meaning he will miss his country’s attempt to win this summer’s Africa Cup of Nations.

However, he should be available for the beginning of pre-season in July.

It is a blow for both Keita and Jurgen Klopp, as the 24-year-old had just come into his best form since joining the Reds from RB Leipzig and had scored three goals in the last six games. 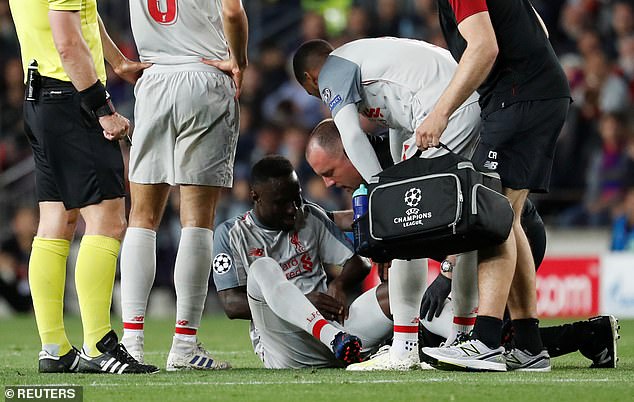