‘The walking wounded are making their way to Kiev!’: Injured trio Alex Oxlade-Chamberlain, Joe Gomez and Joel Matip mobbed by Liverpool fans as they fly to Champions League final

Alex Oxlade-Chamberlain led Liverpool’s injured party out to Kiev for the Champions League final as the players were mobbed by supporters on the runway.

The England midfielder was joined by defenders Joe Gomez and Joel Matip as the trio, strapped up with crutches and leg braces, prepared to take a plane to Kiev to join up with team-mates for moral support.

Oxlade-Chamberlain suffered a season-ending injury in the first leg of the semi-finals and speaking on the club’s Instagram story, he admitted to being ‘devastated’ at being unable to play a role against Real Madrid. 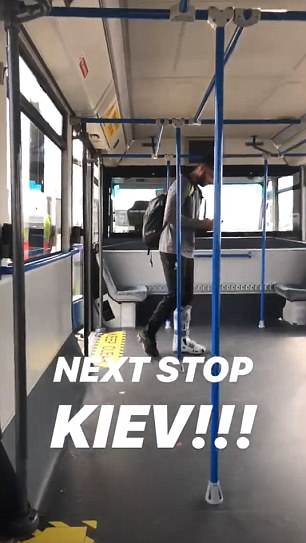 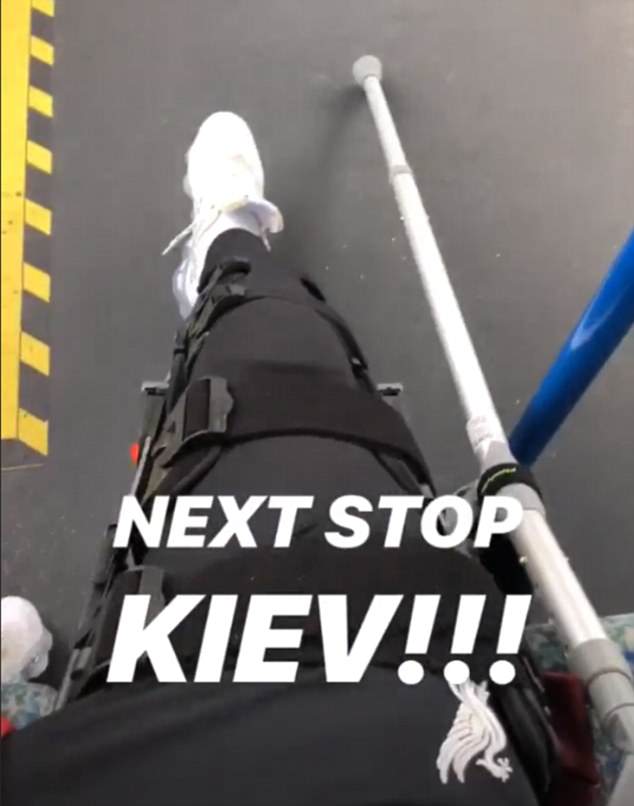 Known as the ‘walking wounded’ according to Chamberlain, they met up at the club’s training ground at Melwood where the midfielder reflected on missing out on the big game.

‘Obviously I am absolutely devastated not to be involved in such a big game but at the same time really excited for the boys and for the club on what could be a very special day,’ Oxlade-Chamberlain said.

And if they wanted to stay below the radar they were unsuccessful as fans soon spotted the players on an airport shuttle. 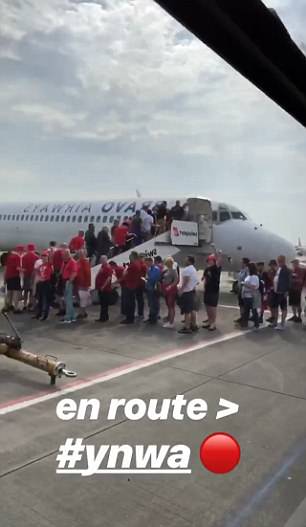 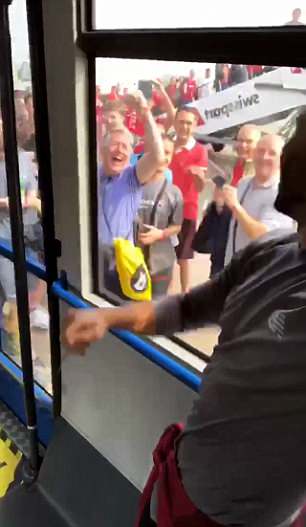 Driving past a plane full of supporters, the Liverpool players were soon noticed and mobbed 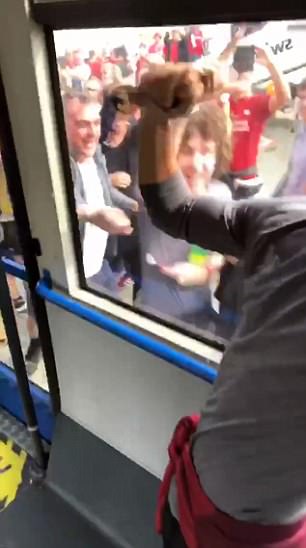 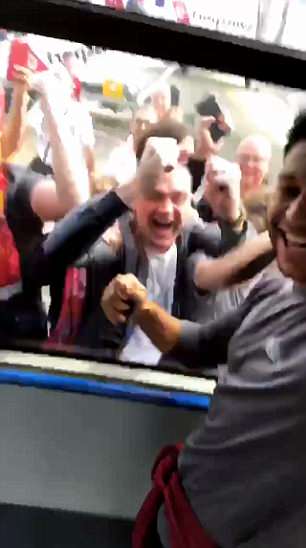 Banging on the window and singing, supporters were in buoyant mood ahead of the final

Banging on the window and singing terrace songs, supporters were delighted to see some of their heroes also making the trip east to support the team.

Liverpool are looking to win their first Champions League since 2005 in Istanbul when Rafa Benitez’s side famously navigated past AC Milan on penalties.