Tyshon Johnson (pictured), 25, was arrested in NC on Tuesday after escaping from a jail in SC with two other inmates

An inmate has been apprehended after he was found outside a gas station with a rifle, five days after he and two other prisoners escaped from a South Carolina jail when a power outage opened their cell doors.

US Marshals arrested Tyshon Johnson, 25, in Winston-Salem, North Carolina, on Tuesday more than 200 miles from the Orangeburg-Calhoun Regional Detention Center that he escaped from around 9.38pm Saturday night.

Orangeburg County Sheriff Leroy Ravenell said Wednesday that Johnson was found in a stolen Ford Explorer that was parked at a Shell gas station around 2pm on Tuesday.

Officers then surrounded the vehicle and took him into custody, according to WLTX. A rifle was found behind the driver’s seat.

Ravenell said Johnson was reaching for the rifle when he was apprehended, and he said he has ‘no doubt he was going to try and use it’.

Johnson had been on the run since Saturday when he escaped along with Curtis Green, 20, and Christopher Boltin, 27.

Ravenell said all three men had a plan and help from both inside and outside the facility.

‘There’s no doubt there was actually a plan,’ Ravenell said. 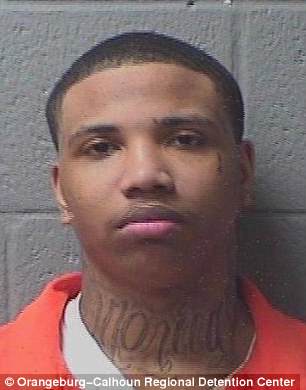 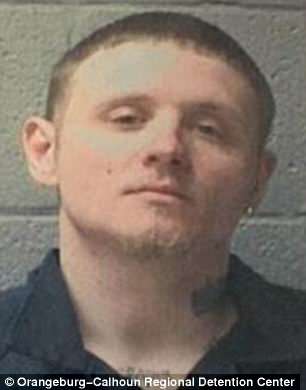 Johnson had been on the run since Saturday when he escaped along with Curtis Green (left), 20, and Christopher Boltin (right), 27. Green is still on the run but Boltin has been recaptured 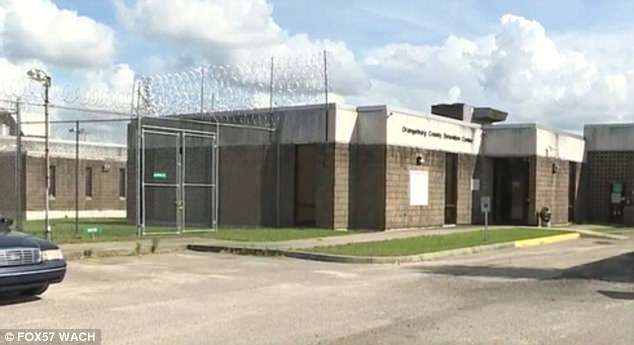 Boltin was recaptured after stealing a car with his father, Hoyte, who was helping him from the outside. They have both been charged and are in custody.

Hoyte Boltin, 51, is facing a felony charge of aiding an escapee, which carries a maximum sentence of 10 years.

Green and Johnson were both in custody on separate murder charges and were both awaiting their next court dates. Green remains on the run.

Johnson was accused of fatally shooting a man at his home in 2011 as part of an armed robbery, while Green is accused of shooting dead a man whose car he was trying to steal in 2015.

They were able to overpower a prison guard along with dozens of fellow inmates after a brief electrical shortage freed them from their cells by opening the automatic doors.

Two cells were opened and the men were among nine who tried to escape. 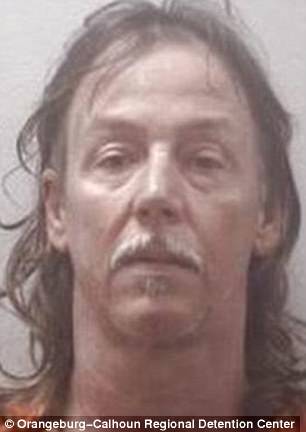 Boltin was captured after stealing a car with his father, Hoyte (pictured), who was helping him from the outside. Hoyte also was arrested

It is not clear if it was a glitch or if the prisoners orchestrated the power outage themselves.

As guards struggled to regain control of the jail, Green and Johnson fled on foot.

They used their blankets to climb over the electrical barbed wire and have not been seen since they ran into the woods which surround the facility.

Other inmates have since told police that the pair were plotting their escape for days and that they planned to go to Florida if they ever made it out, according to Live 5 News.

After the power outage on Saturday, another six inmates tried to jump the fence at the jail but were unsuccessful.

Police said they stole the officer’s mace and ‘mauled’ him as he tried stop them from escaping.

It is the second time in a year that an inmate has been able to escape from the old-fashioned jail.

They are asking any member of the public who sees Green not to approach but to call authorities instead.