Inmate: No bodies ‘I know of’ at dig site for missing…

A convicted child killer and rapist, renowned for playing ‘mind games’ with law enforcement, has denied knowing where up to seven missing girls are buried – despite his reported boasts behind bars which inspired police to dig for days to find their bodies.

Arthur Nelson Ream has been locked up for slaying 13-year-old Cindy Zarzycki in 1986 since her body was discovered in the woods of Warren, in suburban Detroit in 2008.

Earlier this month, police began digging in the same remote property in the search for the remains of 12-year-old Kimberly King – who disappeared around the same area in 1979.

They were also looking for Kellie Brownlee, 17, who went missing from Novi, in 1982; Kim Larrow, who disappeared from Canton in 1981; and Nadine O’Dell, 16, missing from Taylor, since 1982, as well as three other missing women.

Police said they began the search on May 8 after fellow prisoners said Ream boasted about killing four to six other girls. They also reviewed his file and he failed polygraph test. But the search came to an abrupt end just a week later.

However, Ream, 69, insists he has no knowledge of the remains of the missing women – and had no involvement in their deaths.

‘I’ve never had anything to do with any of them,’ Ream said. ‘There’s absolutely no connection between me and them at all.’

But that didn’t stop him mocking the efforts of law enforcement to finally reunite the missing women’s remains with their families.

‘To be honest with ya, on one hand I was laughing my a** off and on the other hand, I was pissed off,’ Ream told the Detroit Free Press. ‘So, you take it for what it is. There’s no bodies there that I know of.’ 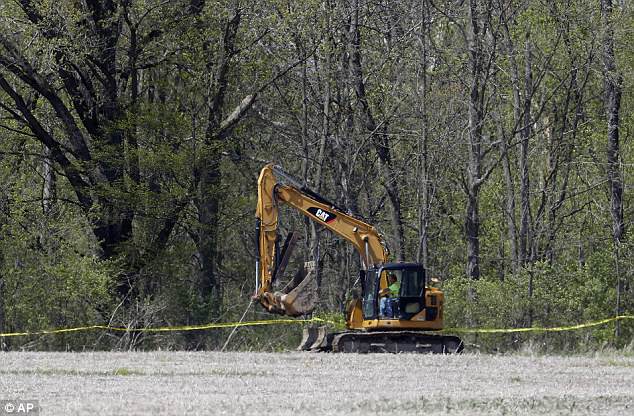 Earlier this month, police began digging at a remote property in the search for the remains of 12-year-old Kimberly King – and up to six other missing women 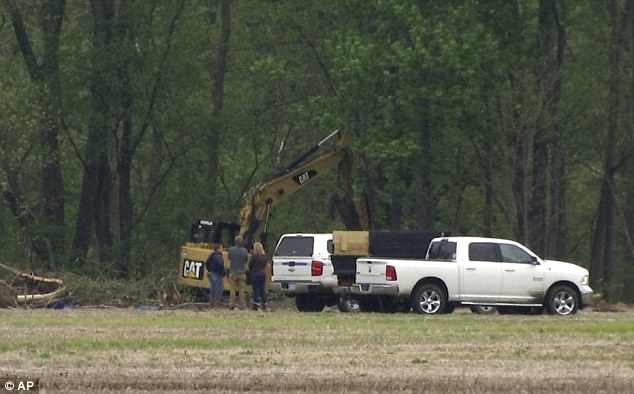 The FBI and other agencies stopped digging at the area, 30 miles northeast of downtown Detroit in Macomb Township, a week later 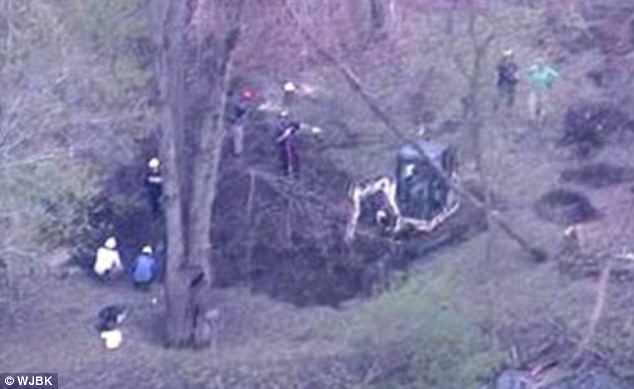 Ream, who was transferred from a local prison in Muskegon Heights to the Bellamy Creek Correctional Facility in Ionia in the wake of the media attention, even claims that police should apologize to taxpayers for the money spent on the search and to the families of the missing girls.

Warren police Commissioner Bill Dwyer said ‘there is no apology forthcoming’ for Ream. ‘If anybody owes an apology, it’s him and that’s why he’s in prison for life for murder and rape,’ Dwyer said. ‘Why would law enforcement … apologize to him?’

Dwyer said he stands by the investigation, and that investigators have ‘worked diligently for decades to get to this point.’ He said no more digging is scheduled, but that the effort was worth doing in a ‘very, very difficult investigation.’

The investigation has been made all the more difficult by Ream’s self-confessed habit of playing ‘mind games.’ 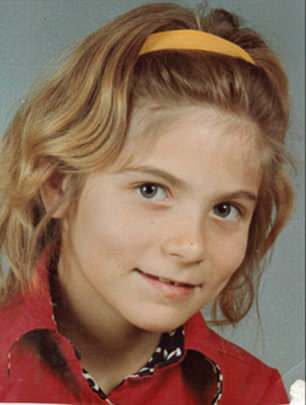 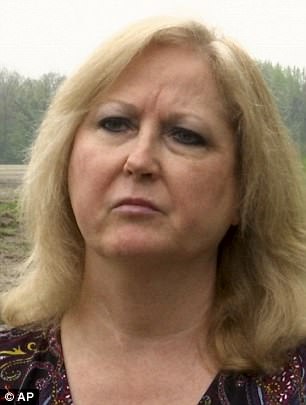 Investigators were searching for the remains of 12-year-old Kimberly King who was last seen in the area in 1979. Her sister, Konnie Beyma (right) says she is ‘disappointed’ Kimberly’s body was not found 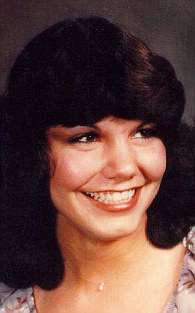 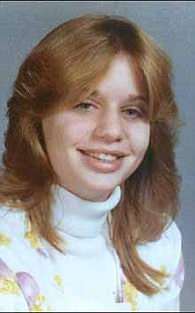 Police have only mentioned the names of three other girls who they believed could have been buried at the site: Kellie Brownlee, 17, from Novi, in 1982; Kim Larrow, from Canton in 1981; and Nadine O’Dell, 16, from Taylor, in 1982

He said when police suspected him of killing the missing women, he debated whether he should draw up some fake maps to lead investigators on a wild goose chase.

‘With Cindy, I drew a map, telling them where she was,’ Ream said. ‘I was so mad at this detective, I drew some maps up and I was going to give them to him. I was just going to have him go dig, willy-nilly, someplace that I knew.’

Ream said he only decided against it after realizing he’d land himself in further trouble.

The inmate claims his predilection for mind games may be the reason he failed the polygraph test investigators issued asking whether he was being truthful about the missing girls.

He explained that while he said ‘yes’, but he’d been planning to create the fake maps.

The convicted rapist and child killer, who has always claimed that Zarzycki died in an accident and he panicked and buries her body. 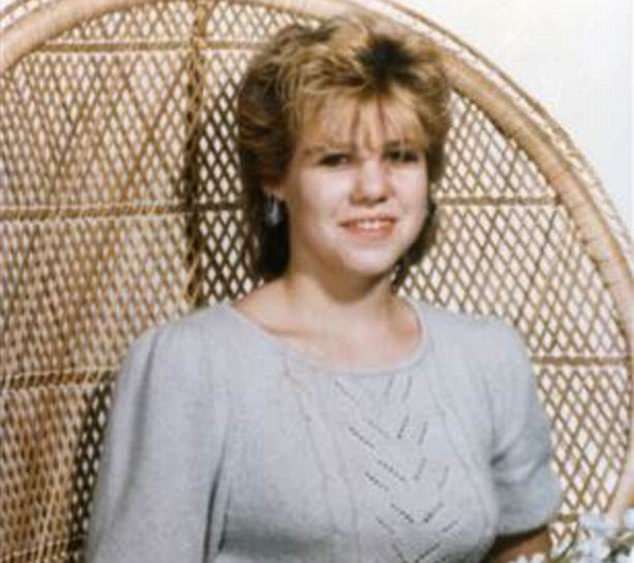 When he was arrested in the Zarzycki case, Ream offered to lead investigators to her remains in return for a reduction in his first-degree murder charge to second-degree, which would allow him the possibility of parole after 20 years.

Prosecutors agreed at the time, but Ream then backed out, realizing that he was unlikely to ever make parole because of his two rape convictions. Ream was convicted of first-degree murder and sentenced to life without parole.

However, the suspect did relent and led investigators to the gravesite.

‘We know the history and how he’s played people,’ Dwyer said. ‘We understood that. He has that reputation. We knew that going in.’

But Dwyer said he still believes the investigation was ‘on the right track’.

‘I’m disappointed, obviously, there was not a recovery,’ said Konnie Beyma, whose sister, Kimberly King, disappeared in 1979 at age 12. ‘Based on information from law enforcement, I was beginning to believe we were close to resolution.’

Beyma said she now plans to write to Ream. 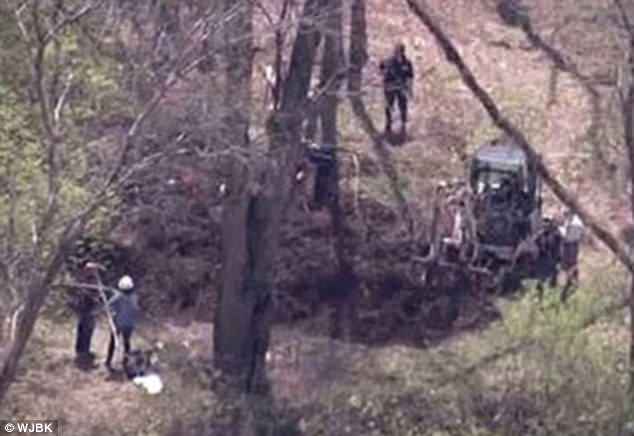 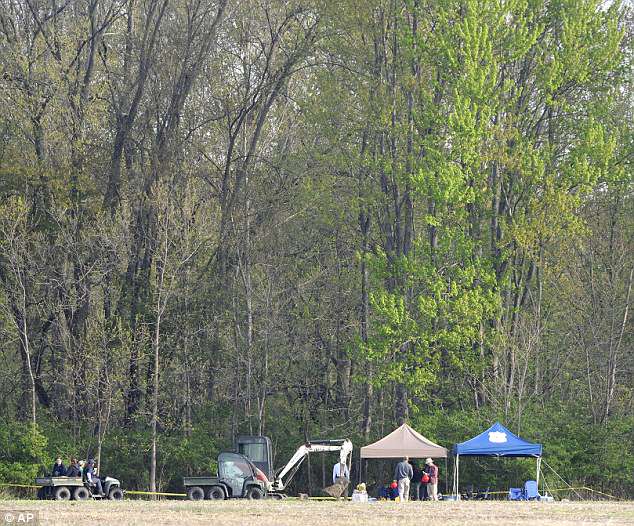 ‘I want him to hear from me directly, word for word,’ she said. ‘I feel an obligation to my sister, Kimberly, to communicate with this man. If he is responsible, I owe it to her to do everything in my power to see if I can get him to share where her remains are located.’

In the newspaper interview, Ream acknowledges that he raped a teenage hitchhiker in the 1970s, had sex with underage girls and buried Cindy in an unmarked grave.

At the time of his conviction for Zarzycki’s killing, he already was serving a 15-year sentence on an unrelated molestation charge involving a 14-year-old girl.

He later was temporarily released from prison to lead police to Zarzycki’s body.

He told investigators that Zarzycki’s body was buried near a creek.

Ream also drew a map of the site and spent about an hour at the search scene with authorities before leading police to where he buried her body in a shallow grave.

Police said Reams had a sick obsession with young girls.