‘Fit and healthy’ mother, 49, died of sepsis after waiting three hours in an ambulance outside hospital

A mother who died after contracting sepsis was refused antibiotics as she waited for three hours in an ambulance outside a hospital, an inquest has heard.

Today, her daughter told an inquest that her mother looked ’20 years older’ when she attended the hospital and found her outside in an ambulance.

Ms Brousas’s daughter Sophie, a fourth-year medical student, said she asked paramedics and those inside the hospital if they could give her mother antibiotics, but no one came out to see her.

The daughter said feared her mother had sepsis, but thought ‘If it really is as bad as I think it could be, surely they would have done something about it by now.’

The health of Ms Brousas, who was from the nearby village of Gresford, had deteriorated after several visits to her GP from January 2018.

An ambulance was called for her on February 21, but despite paramedics diagnosing sepsis, Ms Brousas was left waiting outside the hospital for almost three hours. 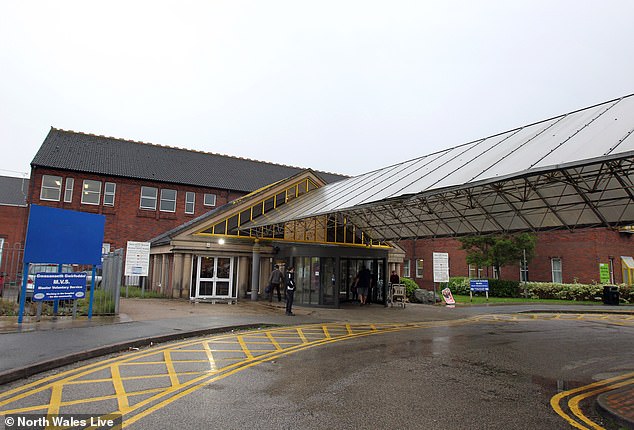 When she was finally admitted to A&E, she was transferred to the intensive care unit where she died 48 hours later of septic shock and multi-organ failure secondary to flu and pneumonia.

Her family, including her partner Simon Goacher and daughter Sophie Brousas said before falling ill, she was a fit and healthy woman who exercised six times a week and practised yoga.

Lawyers representing the family have raised issues over delays in her care.

Several medical professionals are expected to give evidence at the inquest which resumes in Ruthin today and is expected to last for four days.