Emily Ratajkowski pulled off her most shocking photo shoot yet on Friday, when she posted pictures from inside the Manhattan Clerk’s Office and announced that she was a married woman.

This comes just 10 days after she was spotted with her new beau, actor and film producer Sebastian Bear-McClard, grabbing dinner in Los Angeles.

The pair have been together since at least December, when they were spotted together at two New York Knicks games in the wake of Ratajkowski’s split from Jeff Magid.

They did: Emily Ratajkowski married Sebastian Bear-McClard on Friday, just two months after the pair were firs spotted together (couple above on Friday) 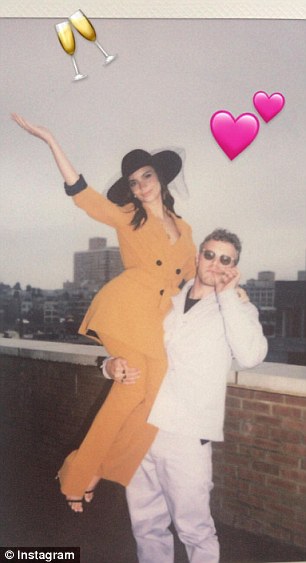 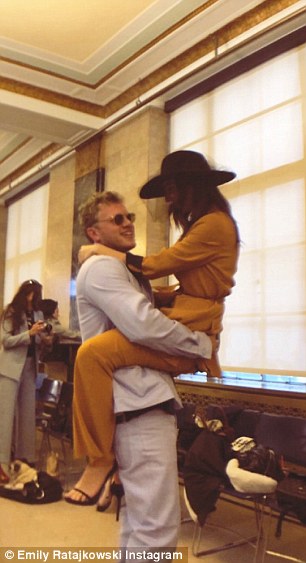 On top of the world: The pair tied the knot at City Hall alongside four of her girlfriends and his pals Fat Jew and director Josh Safdie 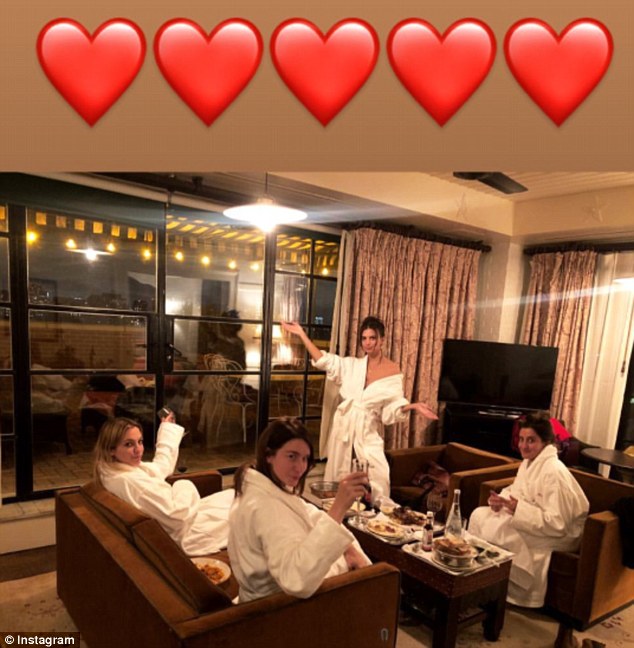 Letting loose: The model, 26, had a bachelorette party with her girlfriends (above) at a Manhattan hotel on Thursday evening 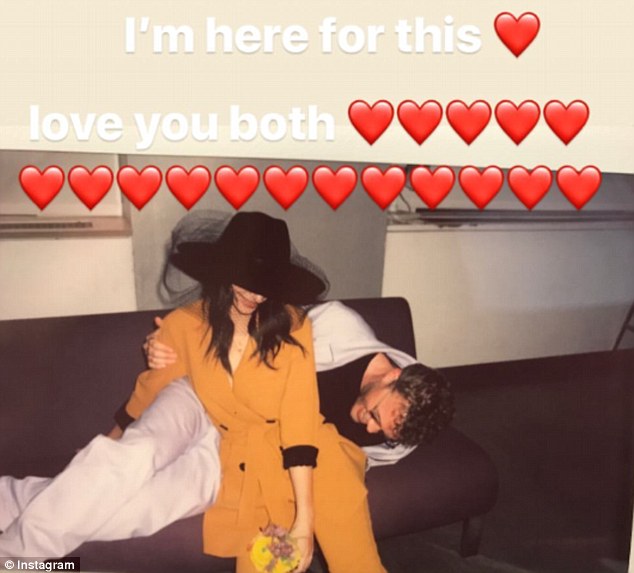 Style stars: She wore a $199 Zara pantsuit in mustard for her big day that was inspired by an outfit worn by Angelica Houston when she dated Jack Nicholson

Ratajowski, 26, had more surprises in store as well, selecting a $199 Zara pantsuit in orange for her trip to City Hall, where she and her now-husband were joined by guests including Fat Jew and director Josh Safdie.

Not present was Bear-McClard’s good friend Robert Pattinson, who starred in the film that the groom produced alongside Safdie and his brother Benny, Good Time.

The group spent the morning at City Hall before dining at Emilio’s Ballato, a popular Italian restaurant in Manhattan’s Soho neighborhood.

Ratajowski and her friends all wore pantsuits, one night after they celebrated her final evening as a single woman with drinks and face masks at the Bowery Hotel.

She has only been dating Bear-McClard since December, having last been seen with former boyfriend Magid in November.

The two clearly hit it off quick, as the model and actress’ rep[ later confirmed the nuptials. 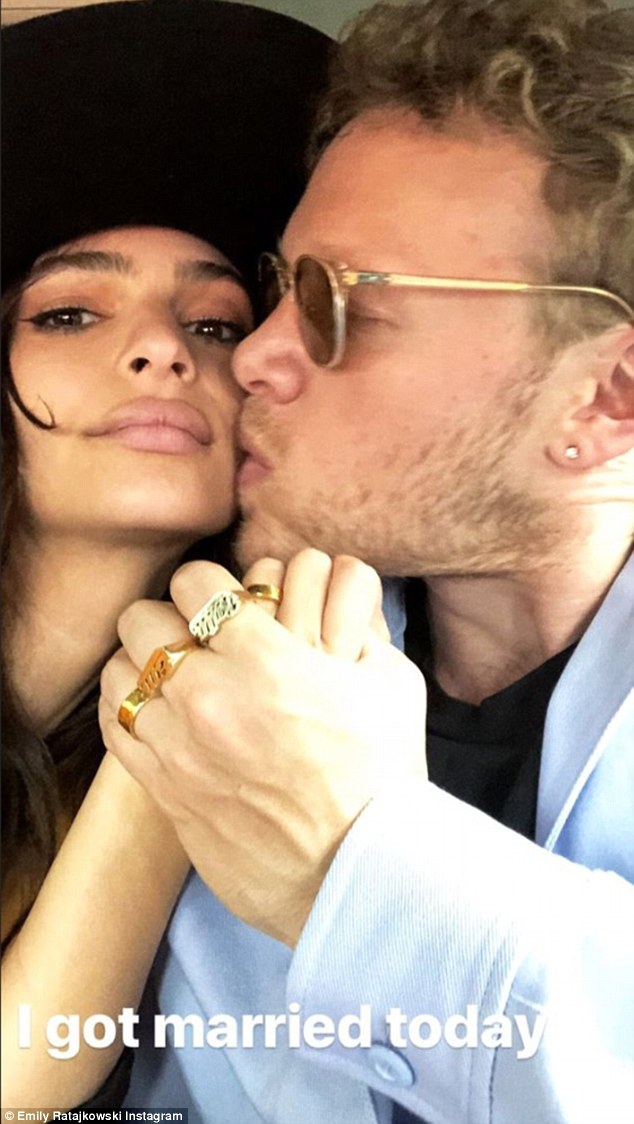 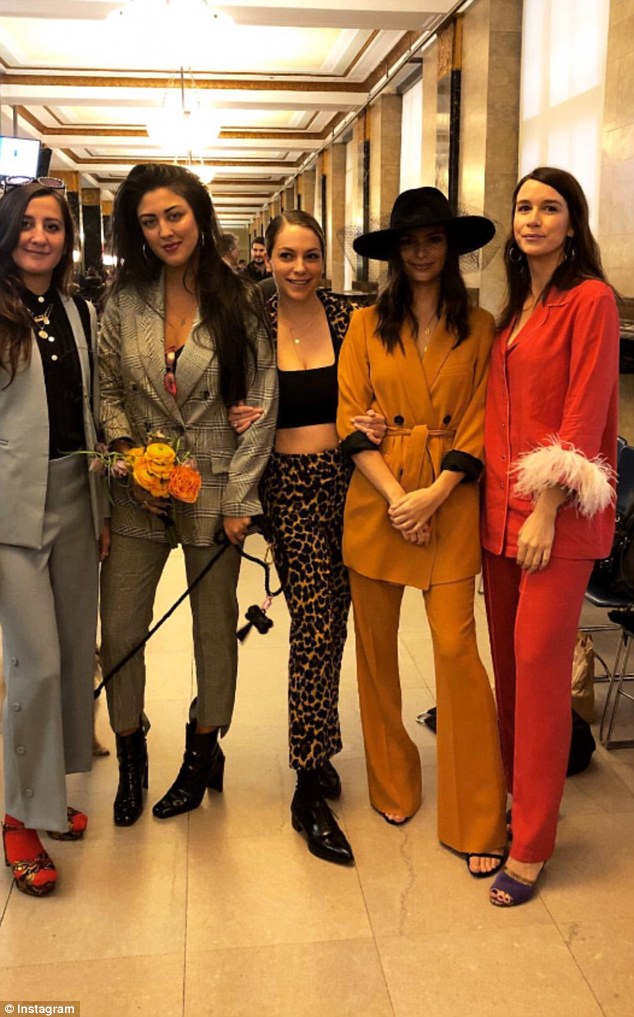 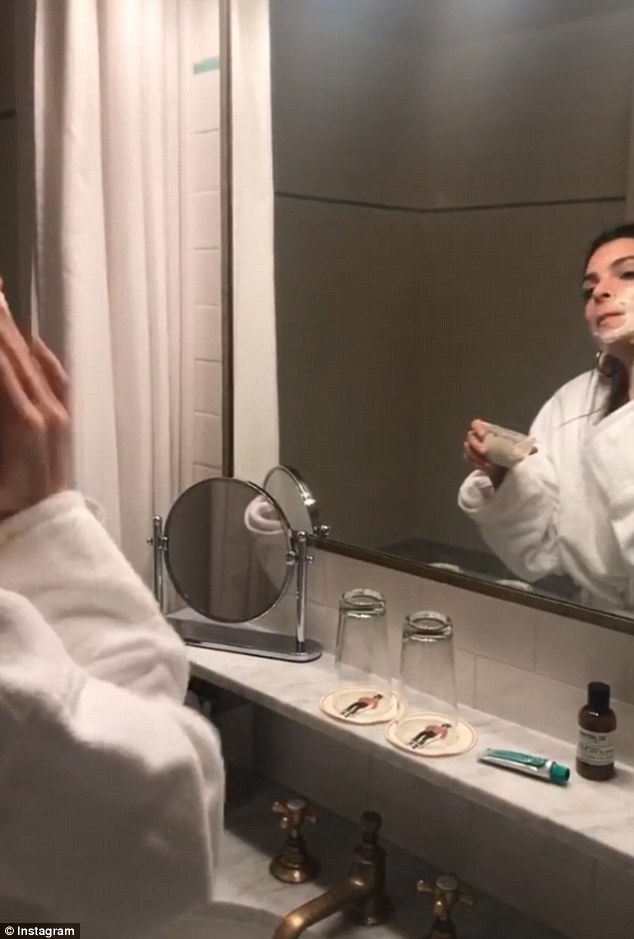 He is also a partner in their production company Elara Pictures.

The group is currently at work on their new film, Uncut Gems, which stars Jonah Hill.

Little is known about the movie including when it will begin filming or who else is starring in the picture.

Bear-McClard’s parents are both artists, as is he, with one of his installations described in a 2008 piece that appeared in the New York Sun.

He an two other artists ‘injected three colors of nontoxic dye into a natural waterfall and filmed the colored water as it fell and mixed in the pool at the bottom,’ filming and photographing it, calling the piece ‘Waterfall.’ 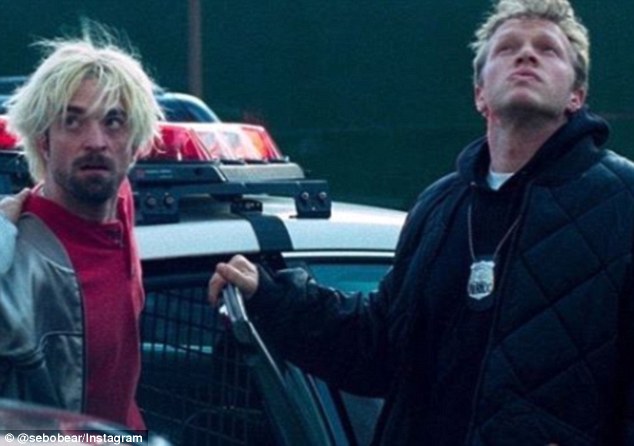 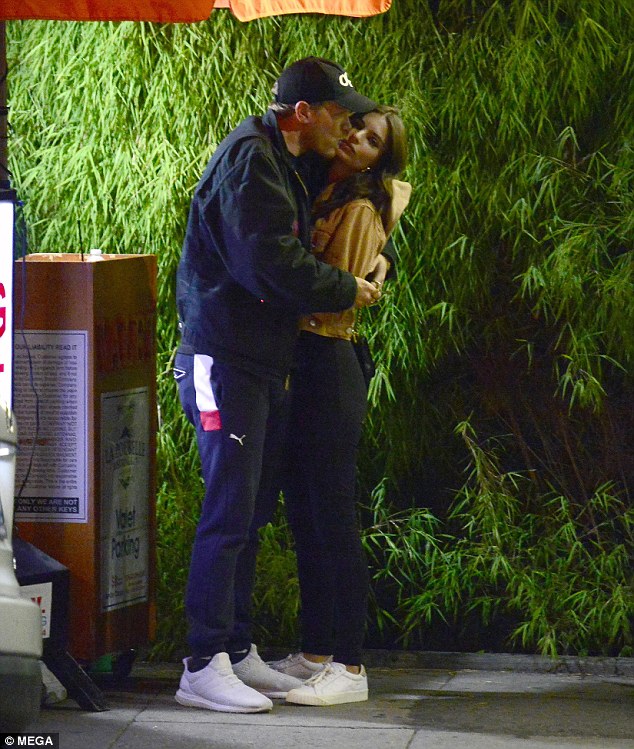 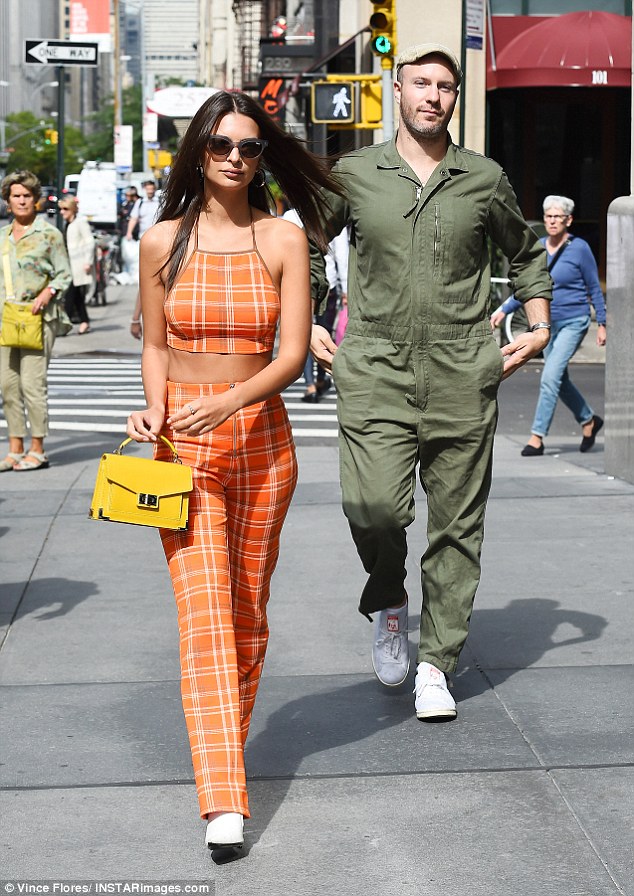 In 2017, he was named one of ten producers to watch by Variety.

‘Soooooo,’ wrote Ratajowski in a picture on her Instagram story that showed her between Fat Jew in a Planned Parenthood sweatsuit and Bear McClord in a powder-blue jacket.

‘I have a surprise,’ said the next image, showing her holding her dog.

The final photo of the series then showed her and Bear-McClard as she wrote: ‘I got married today.’

Photos posted after that showed Bear-McClord holding his bride in his arms and the groom posting with the model’s friends.

She also posted a photo of the two standing on the balcony of her hotel suite with two engagement ring emojis and ‘ny.’