Footy great Sam Newman’s close friends have revealed he and his soul mate of 20 years had enjoyed five months of marital bliss before he found her lifeless body on the floor of their apartment.

The former AFL great and Footy Show frontman had a very private relationship with Amanda Brown that spanned two decades before they finally tied the knot in November last year, just days after her 50th birthday.

Friends said the ‘bubbly’ Ms Brown made Newman the happiest he had ever been, but it was all torn away on Saturday at about 8pm when he came home after a night out with friends and found her unresponsive on the floor of their apartment.

She reportedly went into cardiac arrest and, while emergency services were called, there was nothing her distraught husband could do.

The 75-year-old, who had three previous marriages, said he is ‘just devastated’ in his only statement following her death, as people who were close to the couple divulged the intimate details of their romance. 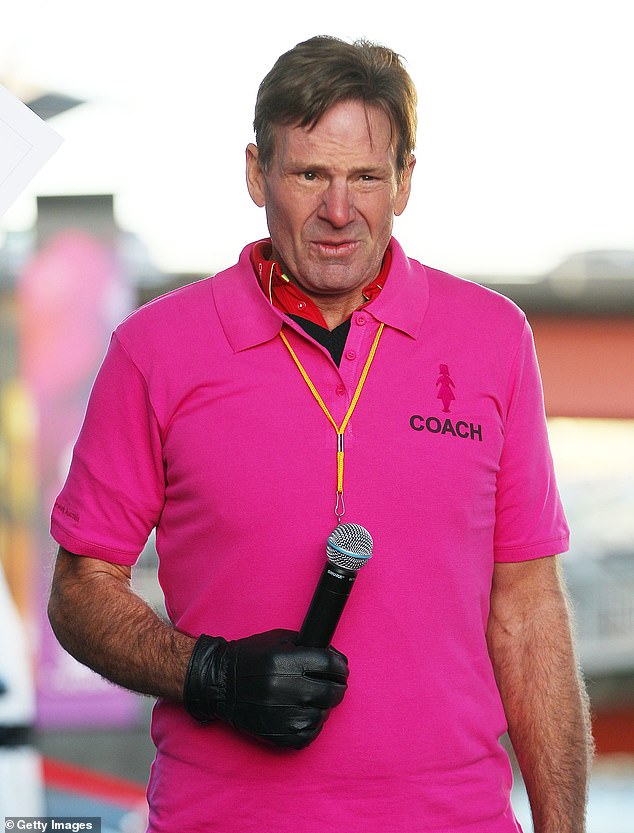 Sam Newman, whose wife Amanda Brown died on Saturday evening in Melbourne, had been married three times previously before marrying the ‘love of his life’ in November

Veteran sports journalist Mike Sheahan, who co-hosted the You Cannot Be Serious podcast with Newman, said the pair had a ‘really good relationship’.

‘He was the happiest I had seen him,’ Sheahan told The Australian of the star’s life with his fourth wife.

‘Especially given the time that they were together, 20 years, he said to me he was devastated. It’s just so traumatic, it’s going to throw his life into confusion.’

He described Ms Brown as a loving girlfriend, and later wife and business partner who was his ‘right-hand man’ and took on an active role maintaining his social media pages.

‘It was a very functional relationship and he was happy,’ he said.

‘I can’t say he has always been happy in his life, but with Amanda he was happy.’ 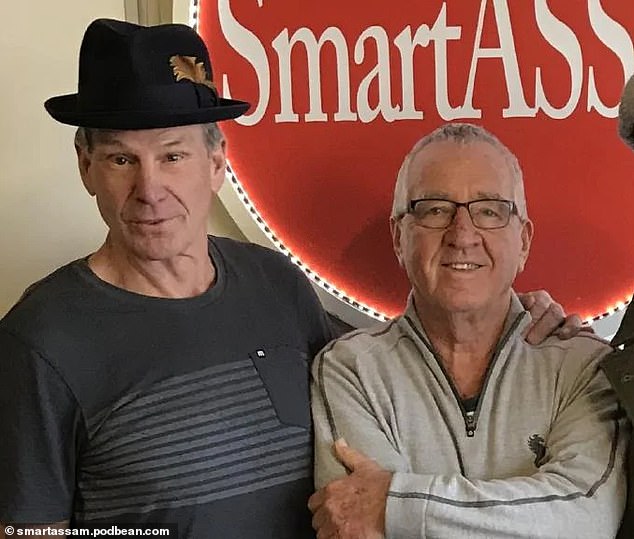 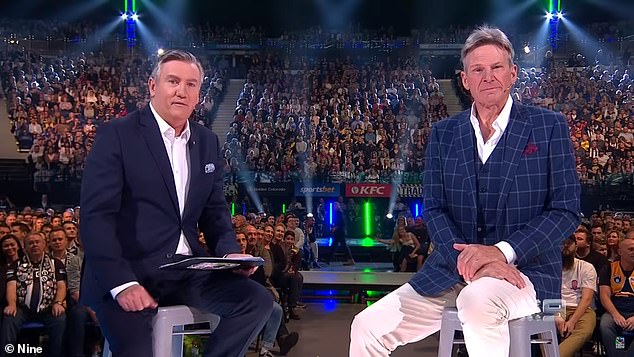 According to Sheahan, she was not a ‘shrinking violet’ and spoke up when she had something to say.

Perfect Match host Greg Evans, who officiated their marriage, previously described on Newman’s podcast how he arranged Ms Brown’s birthday celebrations at their apartment in Docklands.

‘She (Amanda) opened the door and said, “What are you doing here?” and I said “I have come to wish you a happy birthday,” because it was said bride’s birthday,’ Evans told the podcast.

‘Then Sam said, “Well, Amanda, happy birthday and I was wondering if for your birthday you would like to marry me?”.’

‘It was just a beautiful moment in her life, in Sam’s life and in my life. I was privileged to be there,’ he said. 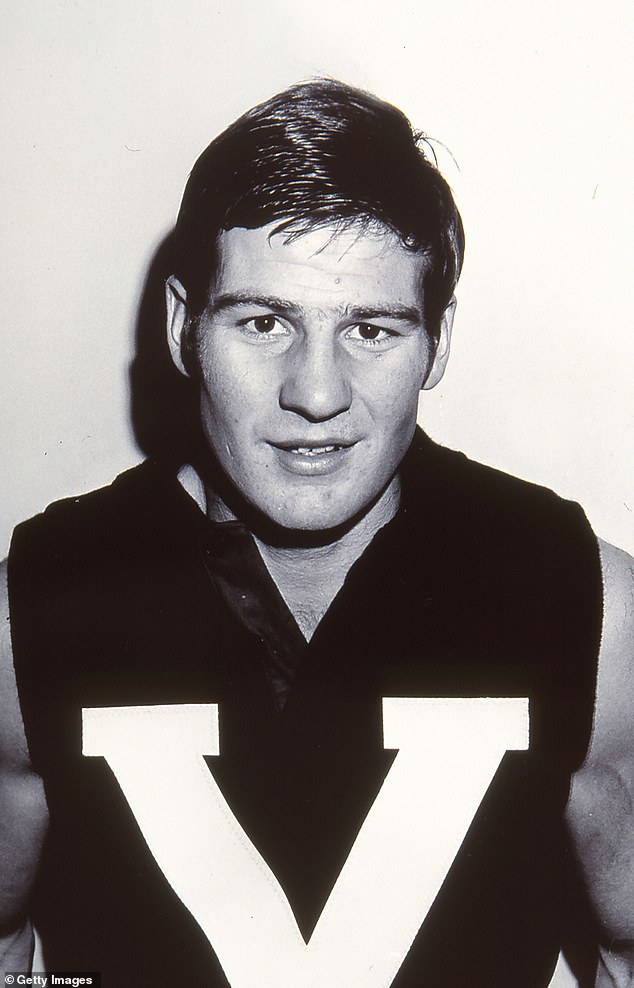 Pictured: Sam Newman posing during a VFL state of origin portrait session in Melbourne, when he played for the Geelong Cats 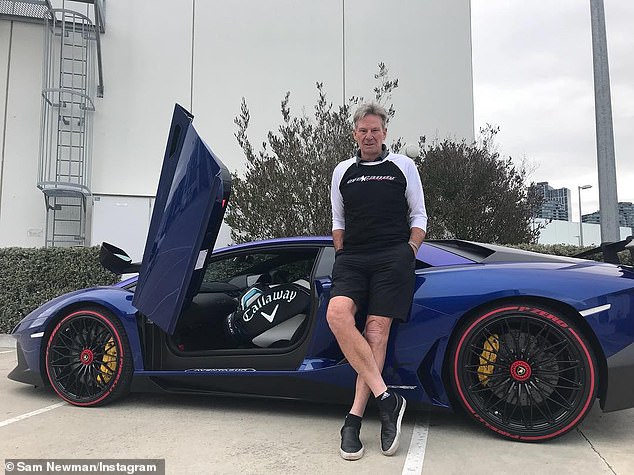 One of Newman’s (pictured) close friends and co-host of their podcast You Cannot Be Serious, Don Scott, said he depended on Amanda ‘a fair bit’

The ceremony was small, with the only attendees being the couple, Evans, Newman’s best friend Kevin King as best man and Newman’s son Jack acting as photographer.

The couple were first pictured together in 2001 while celebrating New Year’s Eve at Crown Casino, but they were rarely snapped together and Ms Brown largely stayed out of the public eye.

Eddie McGuire became one of the first footy personalities to extend sympathies to Newman, saying it was a ‘heartbreaking day’ for the sporting community.

‘Our great friend and colleague, Sam Newman, 300 game superstar of the Geelong Football Club, came home from going out with a couple of friends yesterday and found his wonderful wife Amanda dead on the floor of his apartment,’ he said on Fox Footy.

‘Sam, you know that we’re thinking of you, buddy.

‘I spoke to him last night, and he’s clearly devastated by the whole situation. Our thoughts are with all the Newman and Brown family.’

One of Newman’s close friends and co-host of their podcast You Cannot Be Serious, Don Scott, told the Herald Sun he depended on Amanda ‘a fair bit’ and ‘had a lot of feelings for her’.

‘He was happy and that’s not always something you’d associated with Sam,’ he explained. 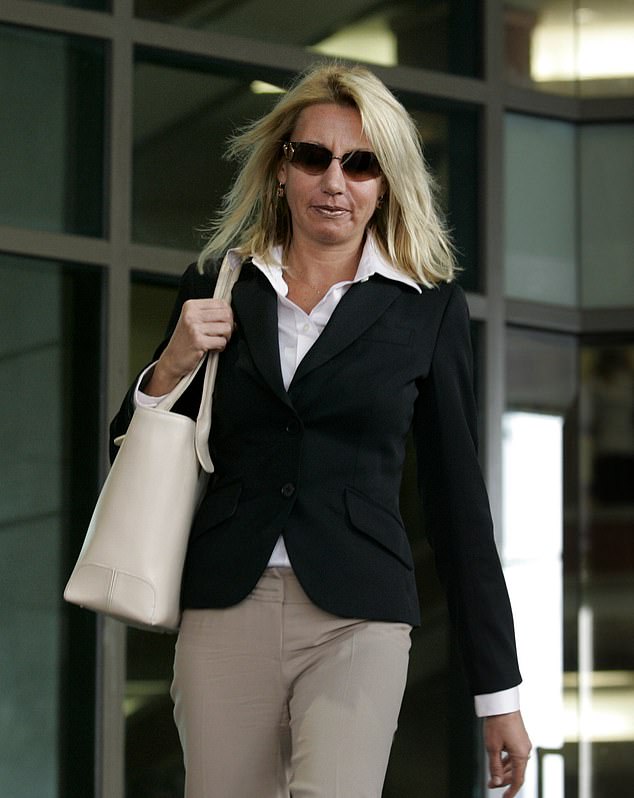 Louisa Larkin, a former girlfriend of Sam Newman, leaves the Magistrates Court after pleading guilty to defrauding The Footy Show star in 2007. He had a tumultuous love life before meeting Ms Brown and finding happiness

Friends were thrilled to see him so happy with Ms Brown after his love life had previously been peppered with turmoil, spanning back to when he met Louisa Larkin in 1999.

Larkin, who admitted to being a ‘sporadic’ drug user prior to meeting Newman but told a court she became a heavy user during their relationship, admitted in 2007 to altering six of the star’s blank cheques by $93,300.

The pair got together after he hired the interior designer to work on his home and a restaurant he owned.

At the end of 2003, his accountant told him there was a discrepancy in the amounts he had written on business cheque butts to the amount that was presented to the bank.

His former girlfriend later pleaded guilty to stealing from him.

Newman has three sons, Max, Jack and Jordan, from his former marriages.

Another relationship fell spectacularly apart in 1997 when a girlfriend backed over him with her car, smashing his leg and ankle.

‘I got run over. I got backed over by a light Korean-model car,’ Newman explained on his podcast, You Cannot Be Serious.

‘You would not believe this, not long after that we broke up,’ he said.

‘Here is a tip. If ever you have an argument with a loved one and they drop you off, get on to the median strip quickly. I made the mistake of walking around the back of the car and bang, over we went.’ 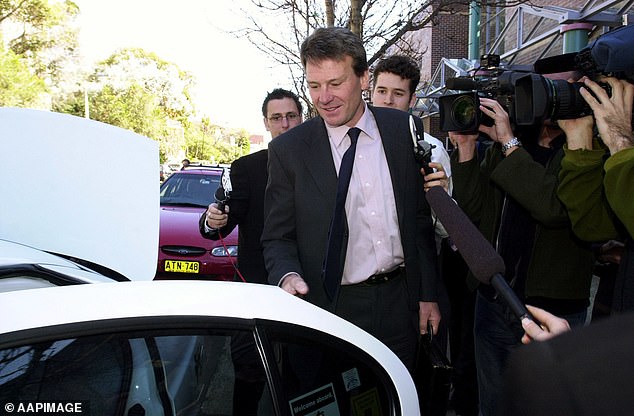 Pictured: Former AFL player and media personality Sam Newman was in Burwood Local Court today to give evidence into a road rage case when his Lamborghini was smashed into by a semi-trailer 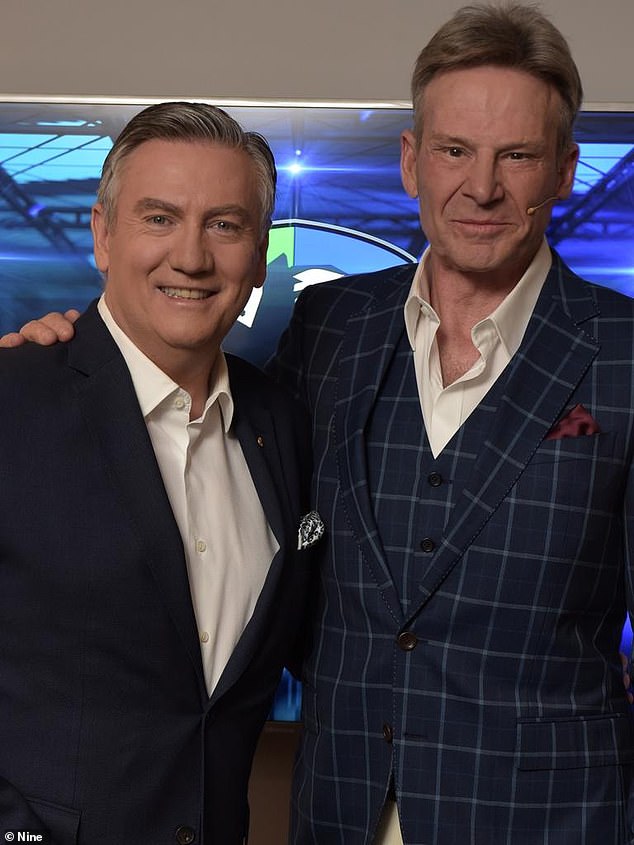 Eddie McGuire (pictured left) became one of the first footy personalities to extend sympathies to Newman (right) , saying it was a ‘heartbreaking day’ for the sporting community

On Saturday, an Ambulance Victoria spokesman confirmed paramedics were called to Newman’s home at 7.40pm on Saturday over reports of a cardiac arrest.

The report was described as a ‘medical condition’ and his wife’s death is not being treated as suspicious.

On social media, a fan wrote: ‘This is so sad. They have only been married a very short time’, while another said: ‘Deep sympathy to Sam Newman on his tragic loss’.

‘My heart goes out to Sam Newman and family. Amanda was a mate of mine. We are all devastated, RIP Amanda you were one of a kind,’ one man wrote on Facebook.

Newman played 300 games for his beloved Geelong Football Club in the 1960s and 70s, winning the club’s best and fairest medal twice.

He retired in 1980 and immediately began working in the media, commentating for radio station 3AW and Channel 7.

Newman was one of the faces of the AFL Footy Show from 1994 until 2018 where he became a controversial figure for his outspoken views.