James Corden has finally moved into his dream home in Los Angeles – just in time for Christmas.

Corden has moved wife Julia and their three children, into the luxury $10million mansion in Brentwood.

Renovations at the family’s new home have been on going for months and workers are still adding the final touches.

DailyMail.com’s exclusive photos of the property show that the TV star has made sure his home is decked out with Christmas decorations to help his family get in the festive mood.

Locals say they’ve seen dozens of workmen carrying out the renovations on both levels of the five-bedroom, eight-bathroom property.

Ready for Christmas: James Corden has finished almost all the work on his new Brentwood home in time for his family to celebrate – and enjoy the arrival of his new daughter earlier this month 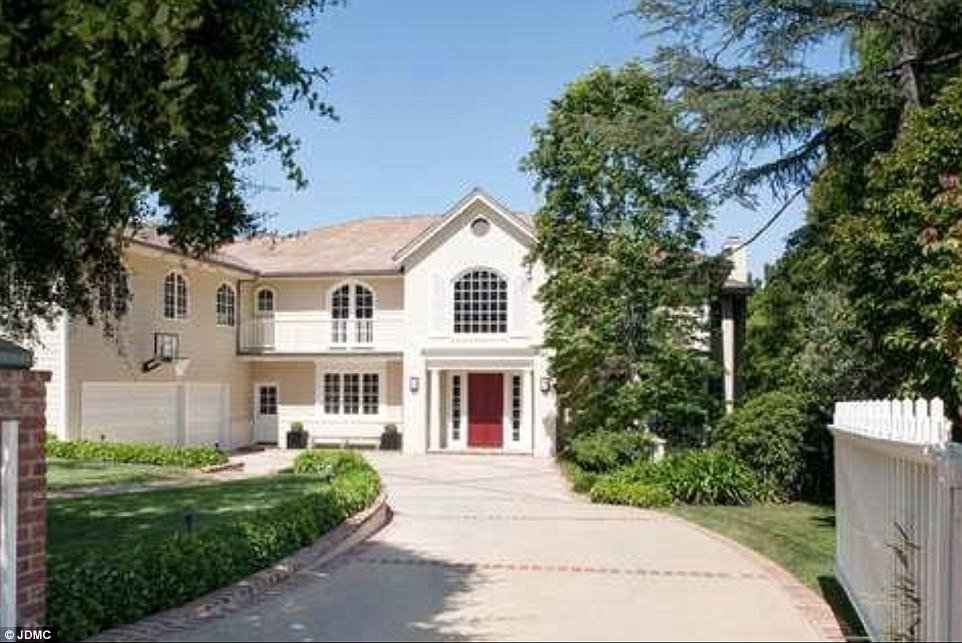 Graceful approach: The half-acre property boasts plenty of parking for cars and mature trees around the garden perimeter 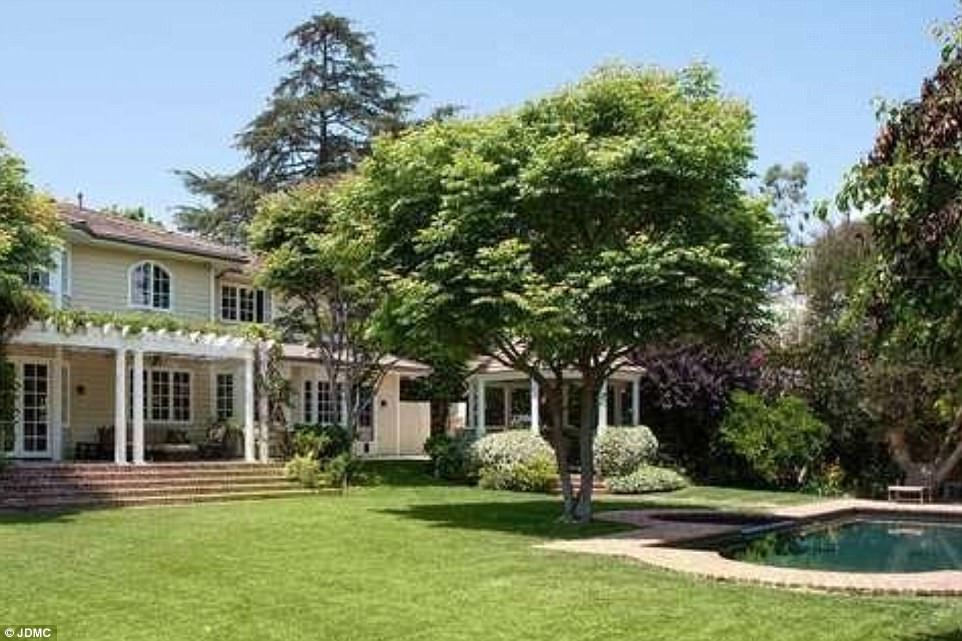 Step down to the pool: At the rear of the New England traditional the Cordens have a shaded outdoor pool and a pergola as well as a trellis-covered patio 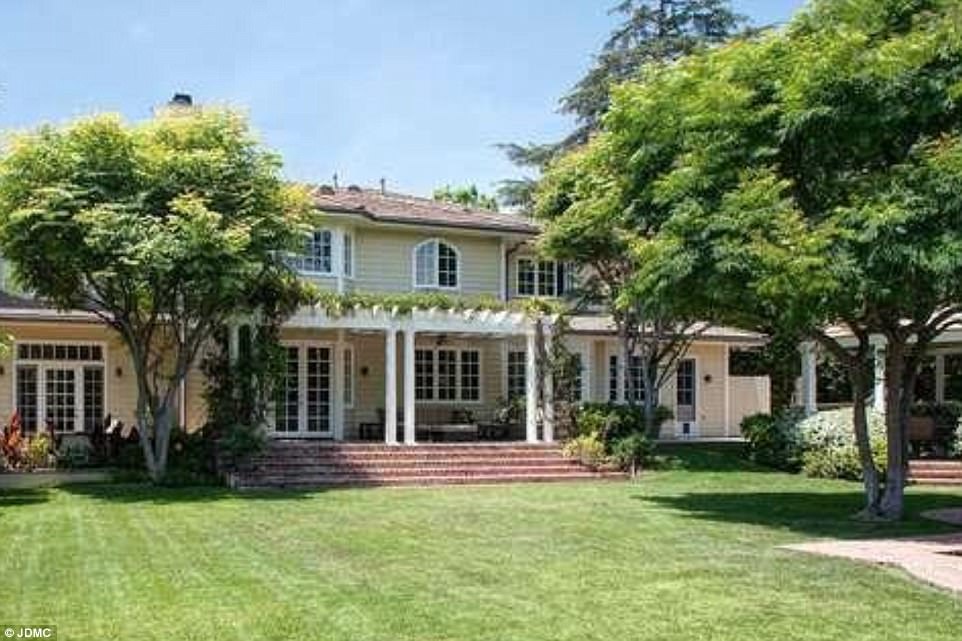 Manicured lawn: The Cordens have carefully replaced parts of the lawn with drought-resistant grass in an acknowledgement of the need to save water in Los Angeles 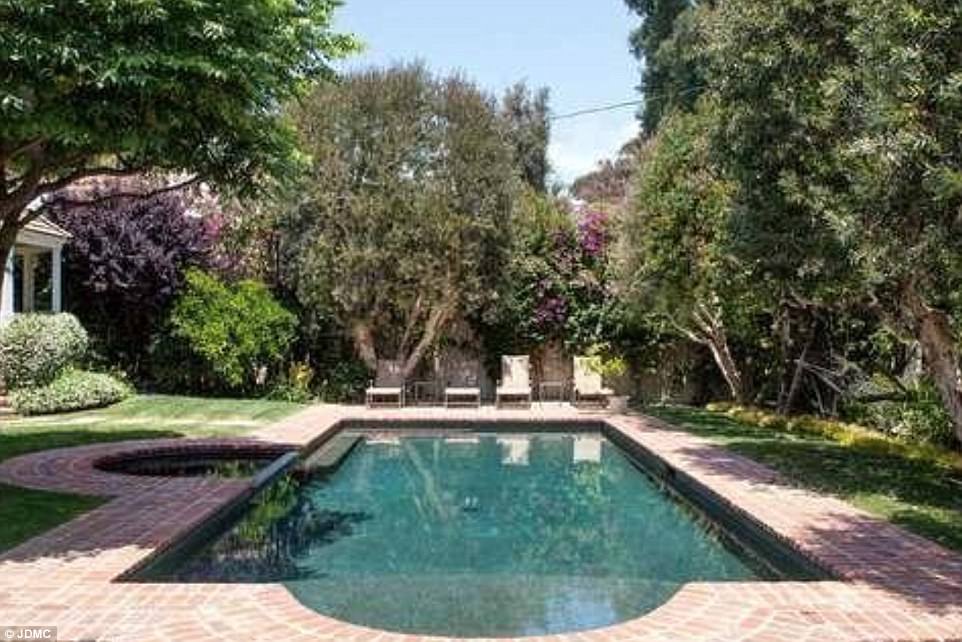 Enjoy a swim: The pool also has a spa bath and plenty of room for relaxing beside it, and trees for shade 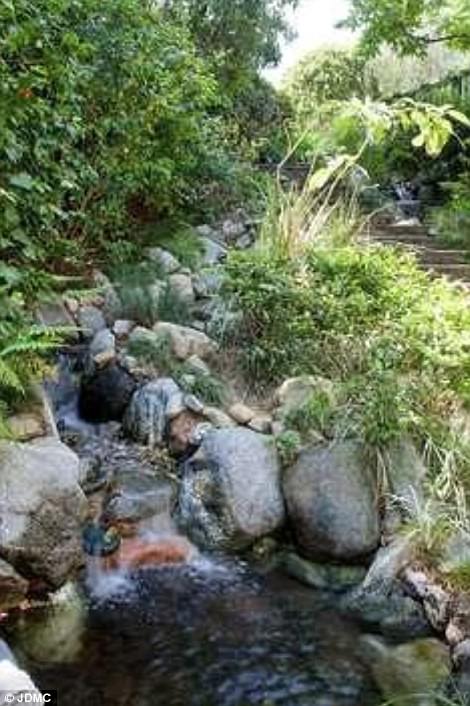 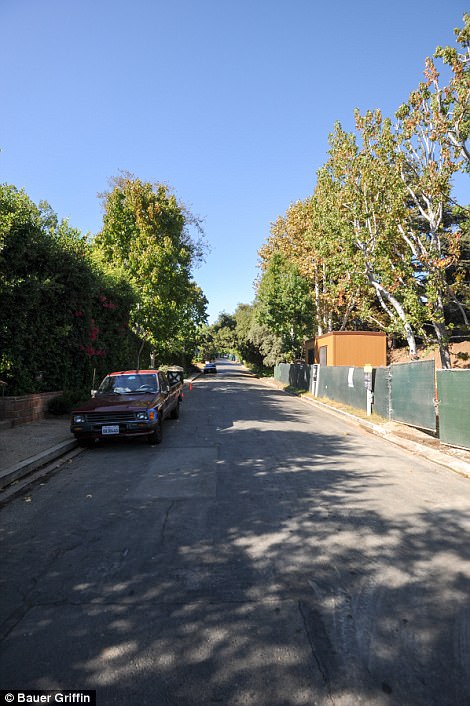 Water feature: The gardens include a miniature waterfall built into the slope at the rear. Neighbors say they are relieved the extensive renovation works on their leafy street are now over 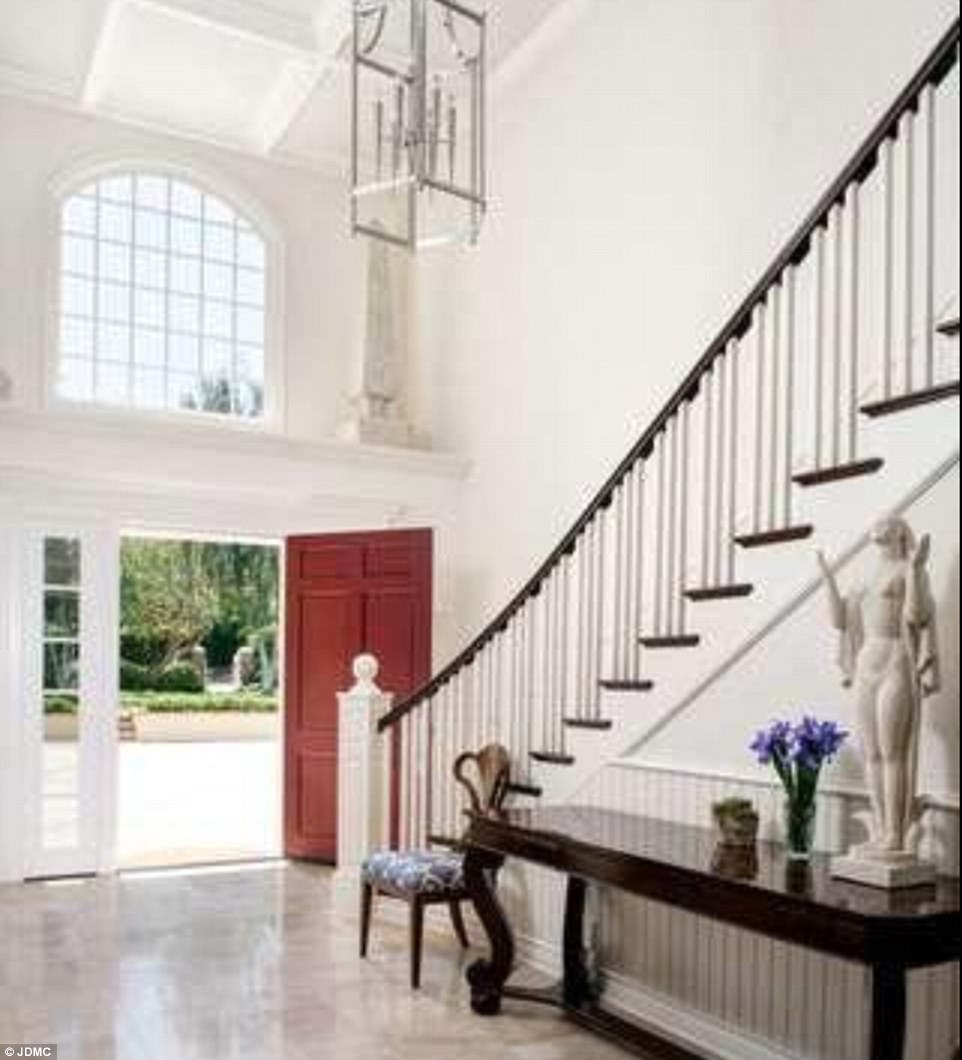 Sweeping entrance: The Cordens’ new home enjoys a double height reception area and plenty of room for guests to mingle in the hall 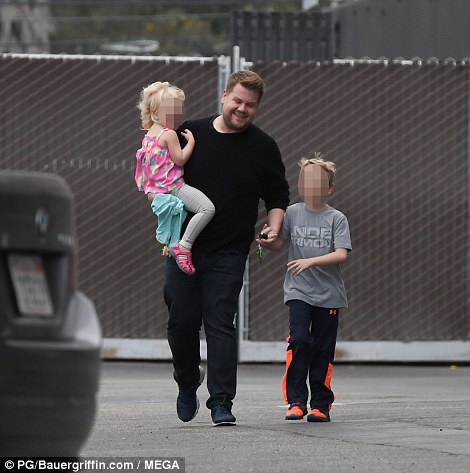 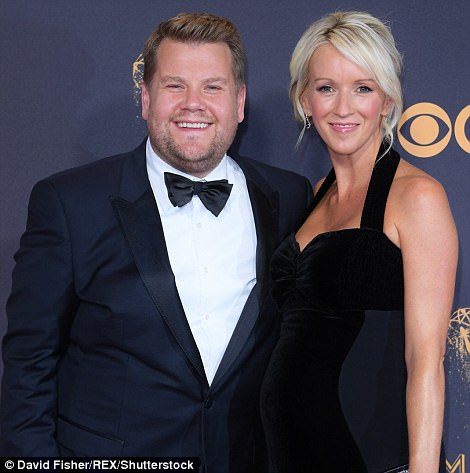 Family time: Corden, 39, took his two older children – Max, six, and Carey, three – for some fun earlier this week. He and wife Julia Carey, 37, welcomed their new daughter, whose name has yet to be revealed, earlier this month 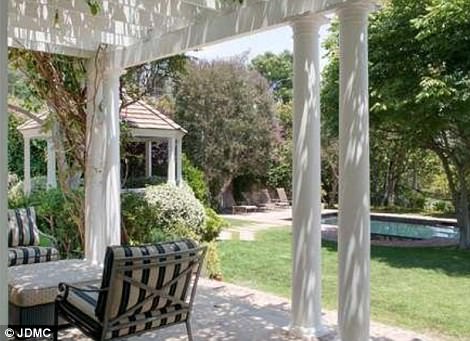 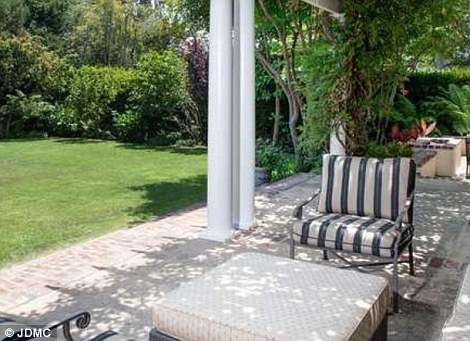 Chill-out area: The shady patio enjoys protection from the sun and also features a fire pit and built-in barbecue

It is understood Corden has had his own designer office installed with upgraded computer installations, edit suite and communications systems.

Outside landscapers have redone the back garden and workers have torn up the front driveway and replaced it with drought resistant grass.

Neighbors are delighted that the builders and contractors are finished and have removed a giant unsightly rubbish cart, which was parked outside the property for months.

Corden, host of the Late Late Show on CBS, had hoped, bought the home in the spring and hoped all the work would be done in time for his family to enjoy Christmas there.

His wife Julia supervised the move from their rented home in Pacific Palisades while pregnant. The couple first looked at the property a year ago but only decided to buy it in February for $9,770,000.

The original asking price was $10,995,000. The New England Traditional is set in half an acre of land.

Realtors likened it to a ‘charming English home and garden’ and boasted of its ‘timeless architecture, large front & rear gardens, perfect floor plan with over 8,600 sq ft of living area.’

The house has a wood-paneled library and a great room, a cook’s kitchen, breakfast area and family room which has French doors to the garden.

At the rear the house has a trellis-covered patio, dining pergola, large lawn, pool and spa, firepit and built-in barbecue.

Upstairs the master suite’ boasts a sitting area, two bathrooms and enormous walk-in closets. Other spaces include a large upstairs family room, basement media room and gym that opens to the garden.

Brentwood is one of Los Angeles’ most desirable neighborhoods with Hollywood stars including Gwyneth Paltrow, Cindy Crawford, Harrison Ford and Steven Speilberg all owning property there. 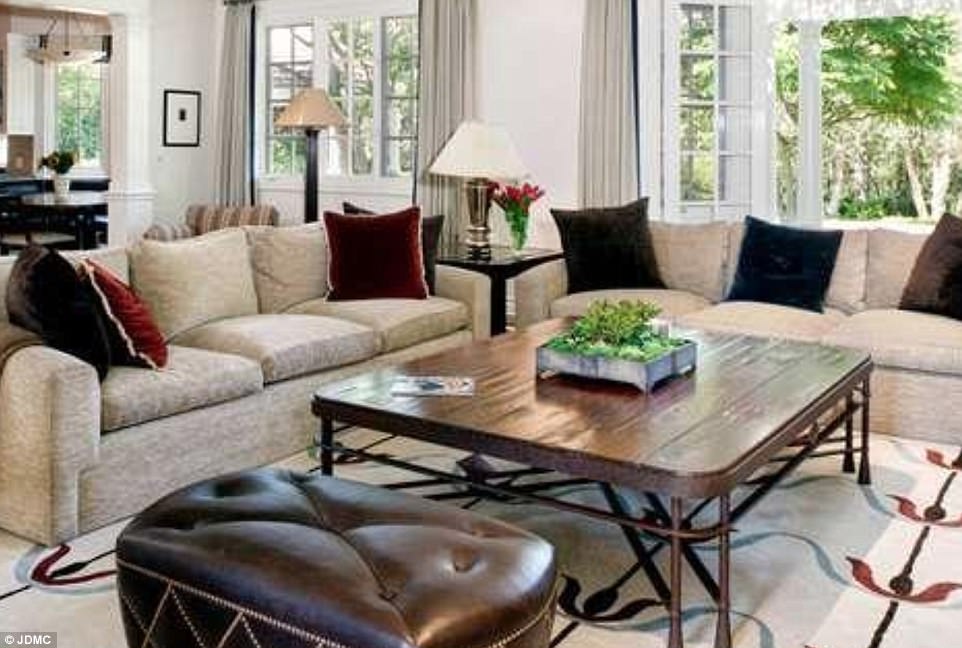 Space to relax: The first floor of the New England traditional features plenty of reception space, with a family room which opens onto the patio and gardens 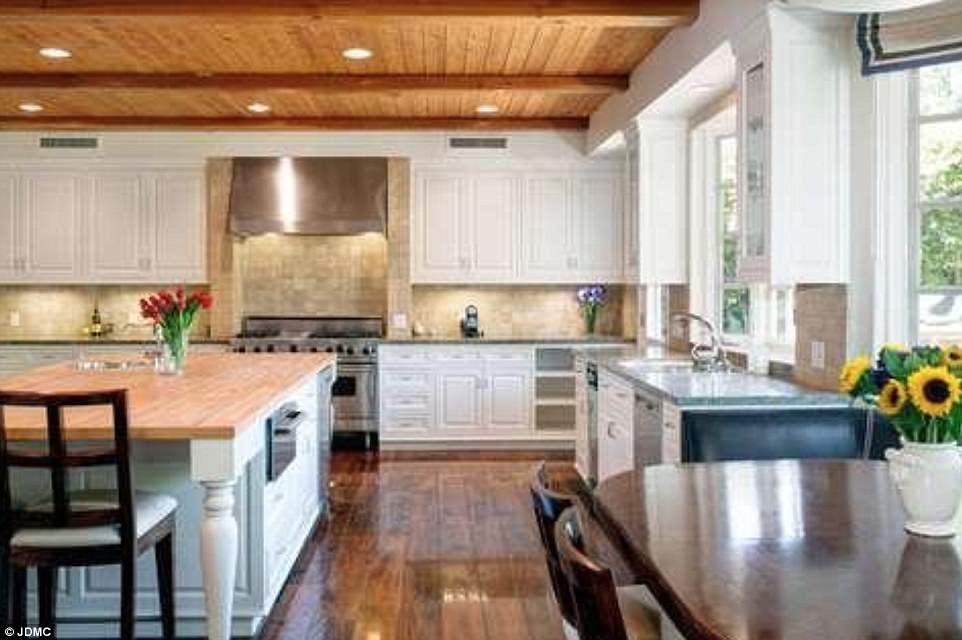 Cook up a storm: The Cordens have a large chef’s kitchen at the rear of the property 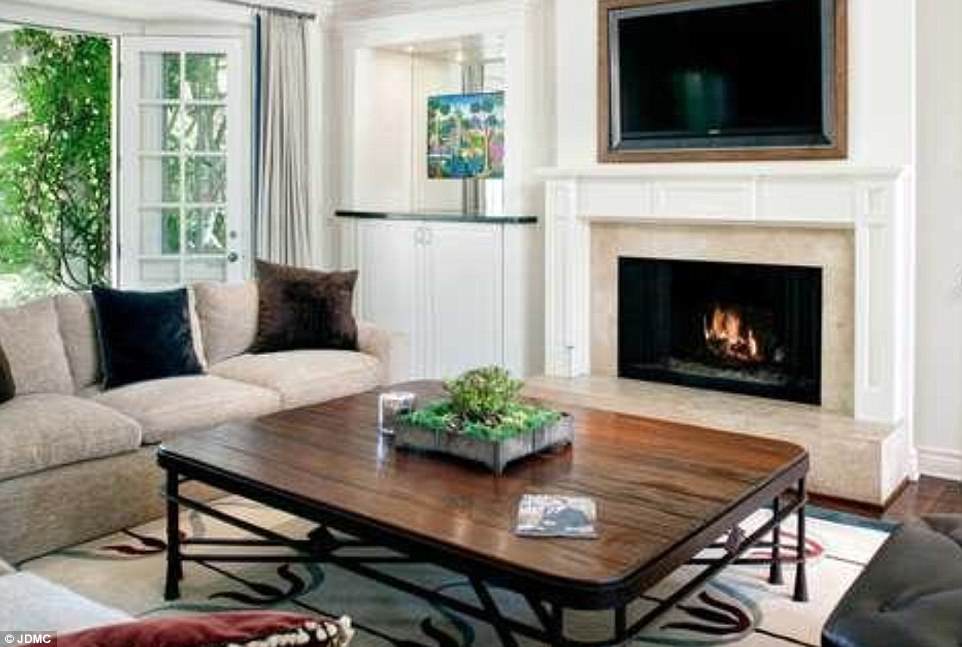 Built for family time: James Corden and his wife Julia Carey have three young children and the home features two family rooms – one on each floor 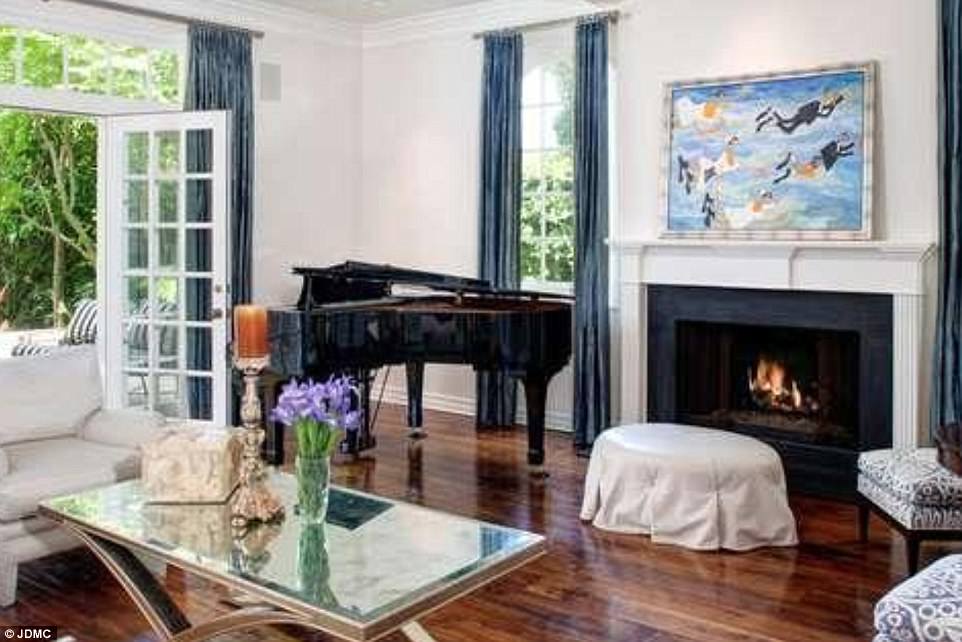 Space for adults too: The extensive first floor reception space has plenty of room for Corden- he could even fit in a piano, which he has been known to play on his show 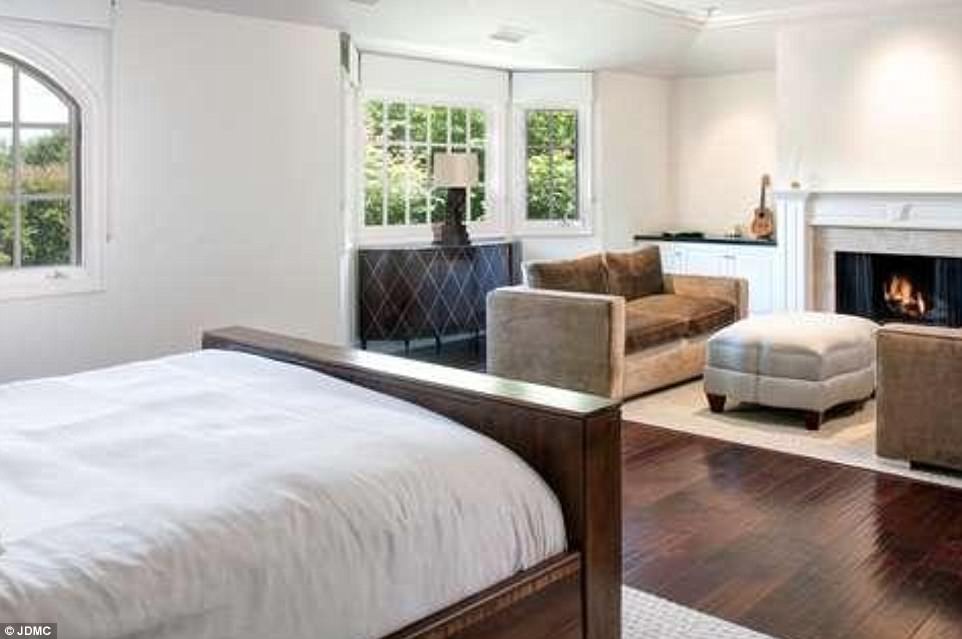 Large master suite: Corden and his wife’s suite enjoys a sitting area, walk-in closets and a bathroom for each of them 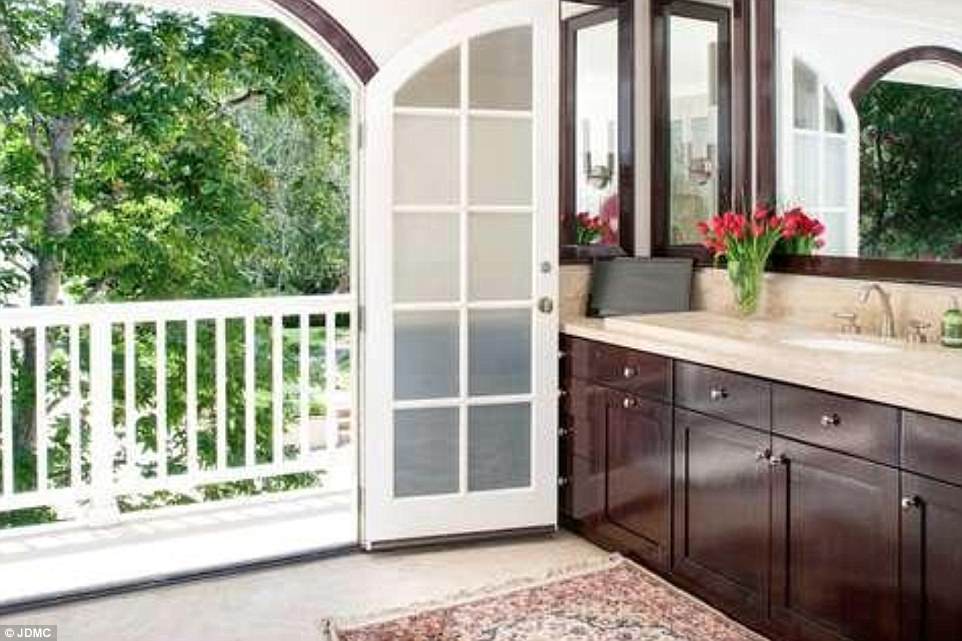 Bathroom with a view: One of the second floor bathrooms has an open aspect over the gardens 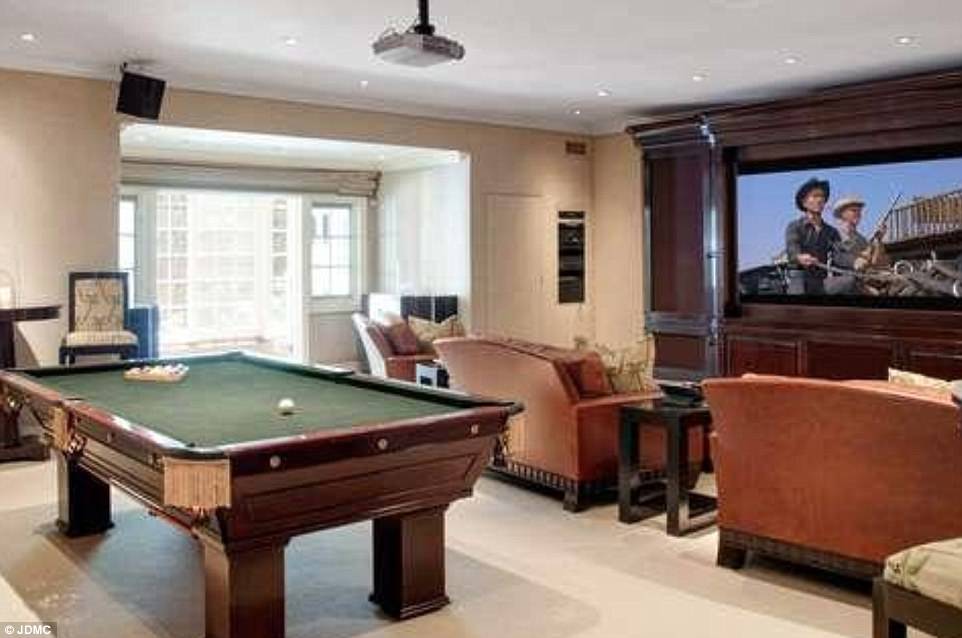 Man cave: Corden’s home comes with a media room on the lower level for screenings – and it too opens onto the gardens at the rear 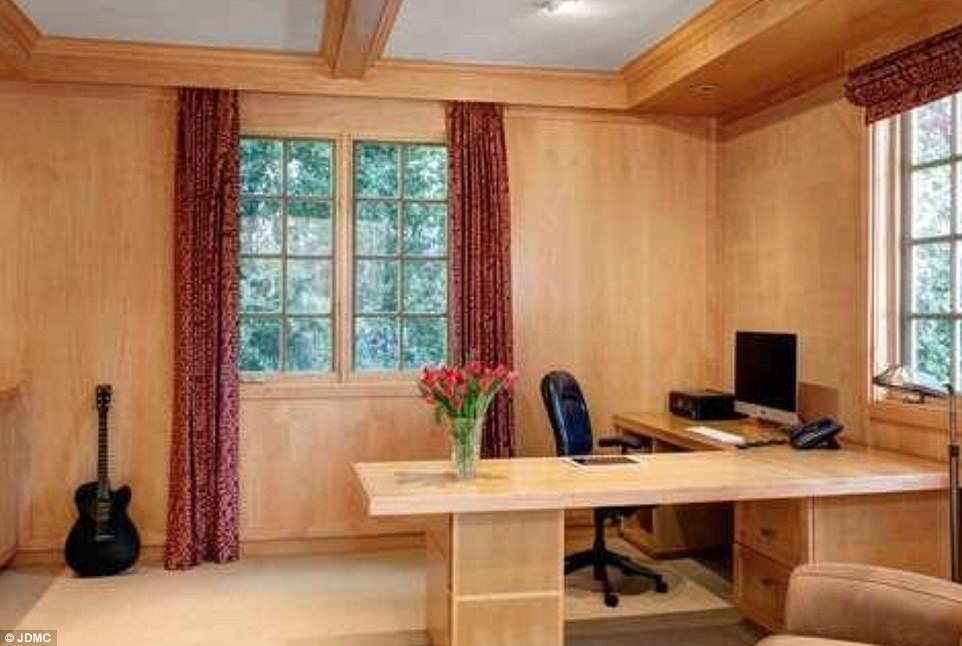 Workspace: The 8,600 square foot home includes office space – although Corden’s commute is as little as 20 minutes 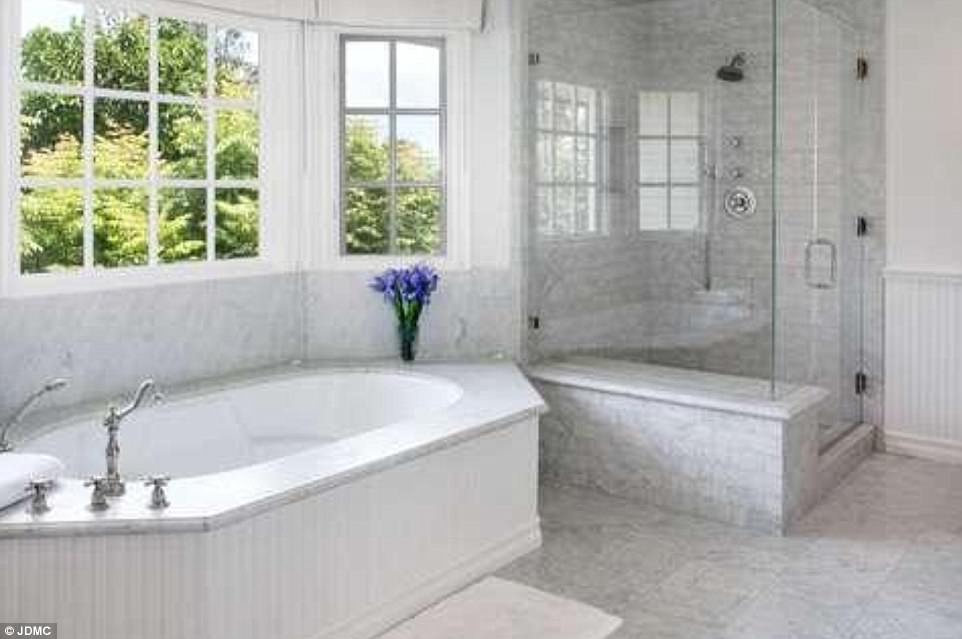 Tub time: The master suite’s bathrooms include a lavish tub and oversized shower

For the Cordens, one key attraction is the proximity to local schools regarded as some of the best in the county.

The home is also very convenient for Corden’s daily drive to work at CBS Studios in the Fairfax District of Los Angeles. With light traffic he is just 20 minutes away.

Corden is riding high thanks to his TV chat show which earns him $3m annually in a five year deal which he is half-way through. He is also earning millions from selling franchises of Carpool Karaoke and Drop The Mic to online and TV networks and some lucrative advertising endorsements.

The star was spotted on Wednesday with his children at a rock climbing class at Sender City, near LAX airport. He publicly has said that he has no idea whether he will remain in Los Angeles, but his purchase and extensive renovations seem to indicate he is in for the long haul.

One local, who asked not to be named, told DailyMail.com: ‘The family has now moved into their home which is wonderful. ‘We used to see them visit while the renovations were carried out, but now they are there full time.

‘There was a lot of workers coming in and out of the place for months seemingly rushing to finish so that the family could move in.

‘The home was very pretty before, but now it is really beautiful especially with the Christmas decorations up. It’s a great neighborhood and it will be a really fun time for the family over the holiday.’