Penthouse suites, private planes and an enviable designer wardrobe: Inside the VERY lavish lifestyle of Jinkee Pacquiao, 40, after meeting her boxing star husband Manny in a mall 20 years ago

Jinkee Pacquiao lives a life of luxury few dare to dream of.

The 40-year-old wife of iconic Filipino boxer Manny Pacquiao, herself a socialite and one-time politician, is a bona fide jet setter travelling the world to sit ring-side at her husband’s fights and treating her five children to the best that money can buy.

The glamorous couple split their time between mansions in their native Philippines and Los Angeles, but two decades ago life was very different for Jinkee. 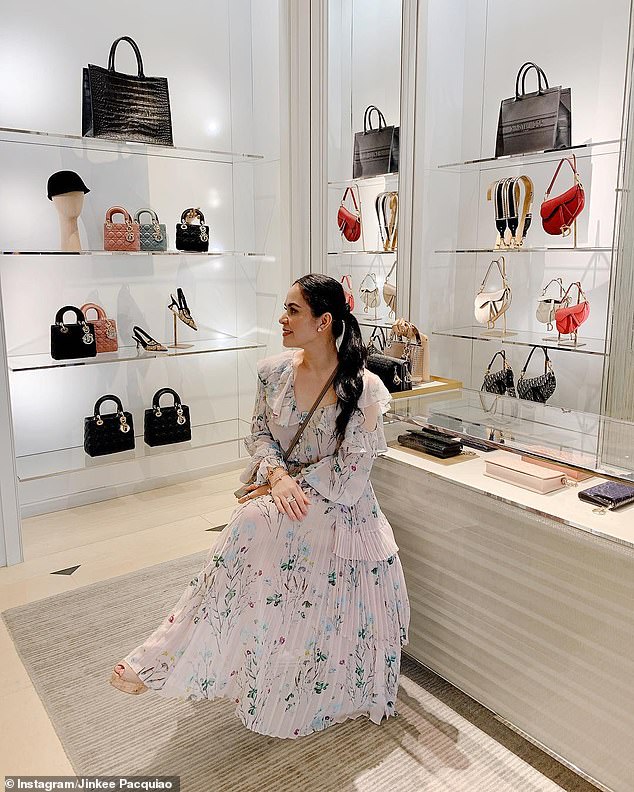 Working at a makeup counter in her local mall in 1999, a 20-year-old Jinkee caught the attention up-and-coming boxer Manny – so much so, it reportedly took him two days to work up the nerve to approach her.

Seven months after they first met, Manny and Jinkee were married in a civil ceremony and went on to welcome five children –  Mary Divine Grace, Emmanuel Junior, Queen Elizabeth, Michael and Israel.

The years have been kind to the Pacquiaos, professionally and financially, with Manny currently serving as a Senator and Jinkee serving as vice-governor of Sarangani, Mindanao from 2013 to 2016. 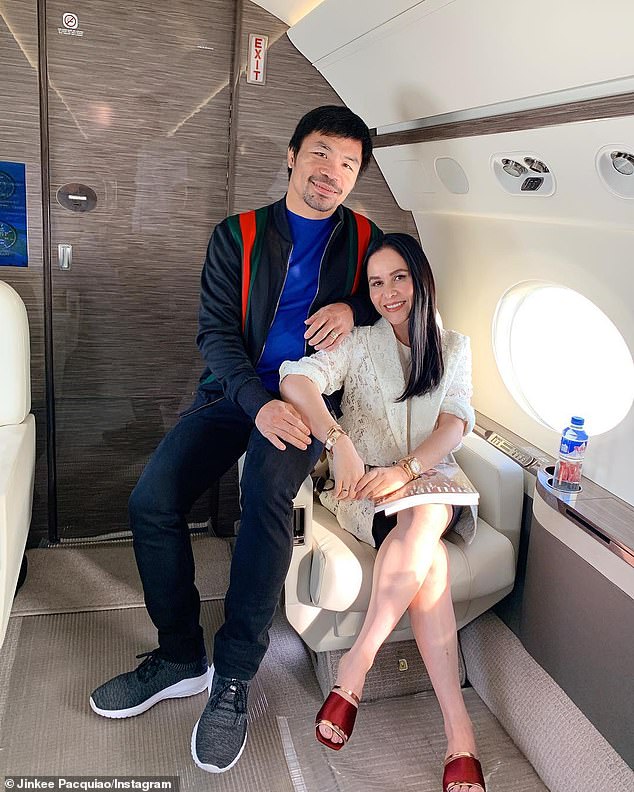 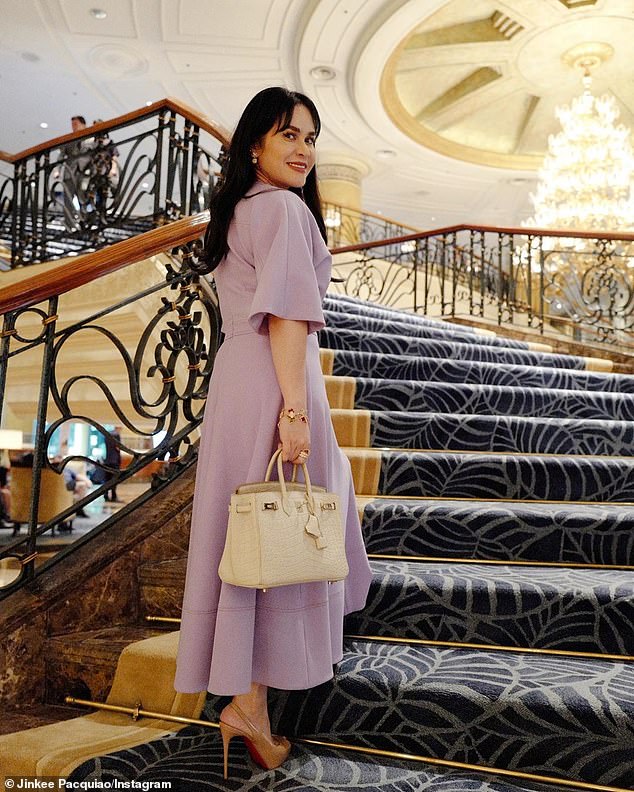 The years have been kind to Jinkee, professionally and financially; she now boasts a glittering designer wardrobe dripping in names like Gucci, Dior and Versace

The fashionista has a particular penchant for Hermès, specifically the ultra-exclusive kind.

She is widely rumoured to own the largest Hermès collection in the Philippines and regularly posts photos toting some of the brand’s most expensive styles, like the Mini Kelly in crocodile skin. 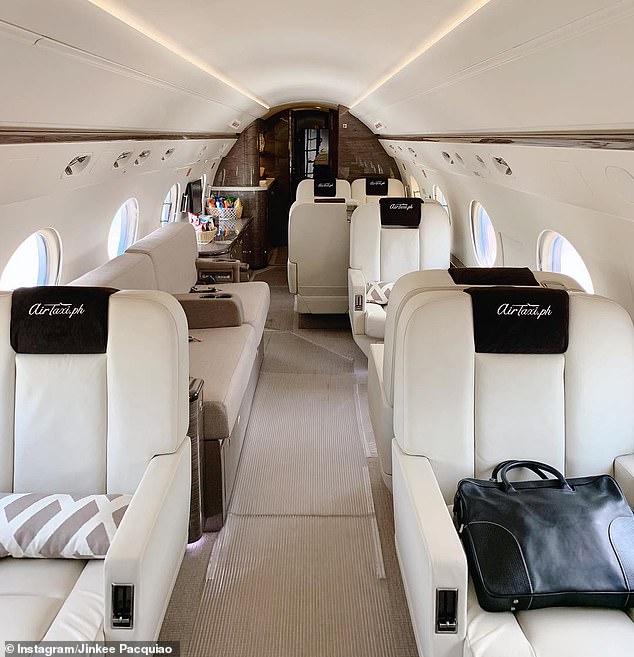 Jinkee regularly shares glimpses into her lavish lifestyle on Instagram, like this shot of her private plane 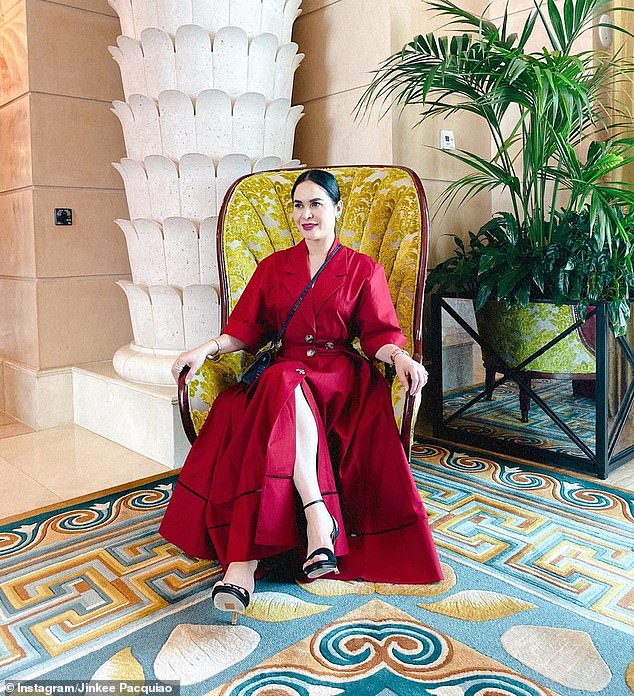 The glamorous fashionista has equally expensive taste in clothing and jewellery 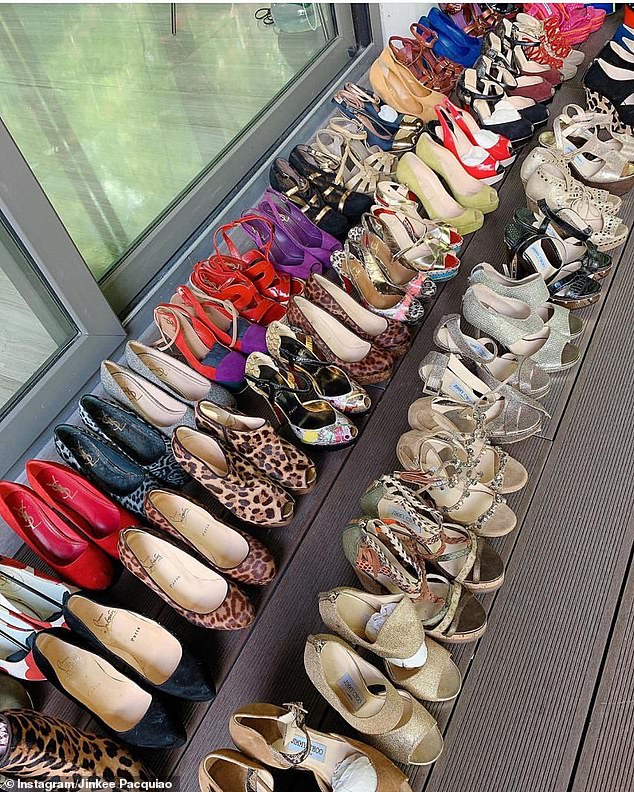 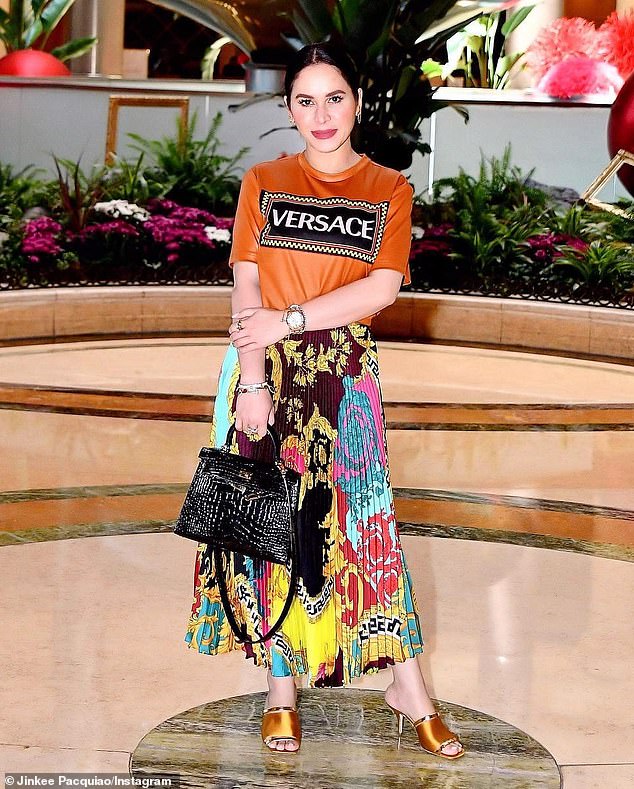 Jinkee is widely rumoured to own the largest collection of Hermès bags in the Philippines (pictured with an ultra-rare, ultra-expensive crocodile skin Birkin)

She is rarely seen without a stacked variety of Cartier Love and Juste un Clou bracelets, each of which retail at an average of $9,400 and $4,600 respectively.

Her signature watch is the Audemars Piguet Royal Oak in pink gold, which costs $96,400. 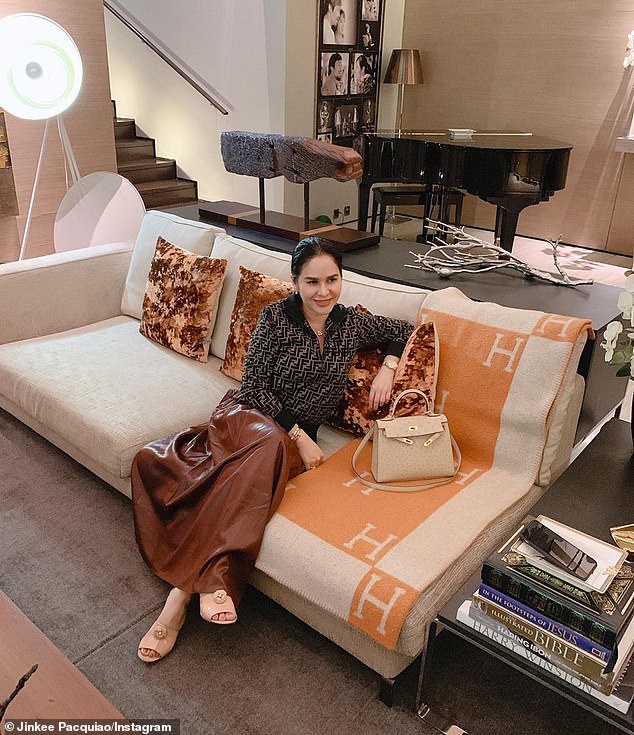 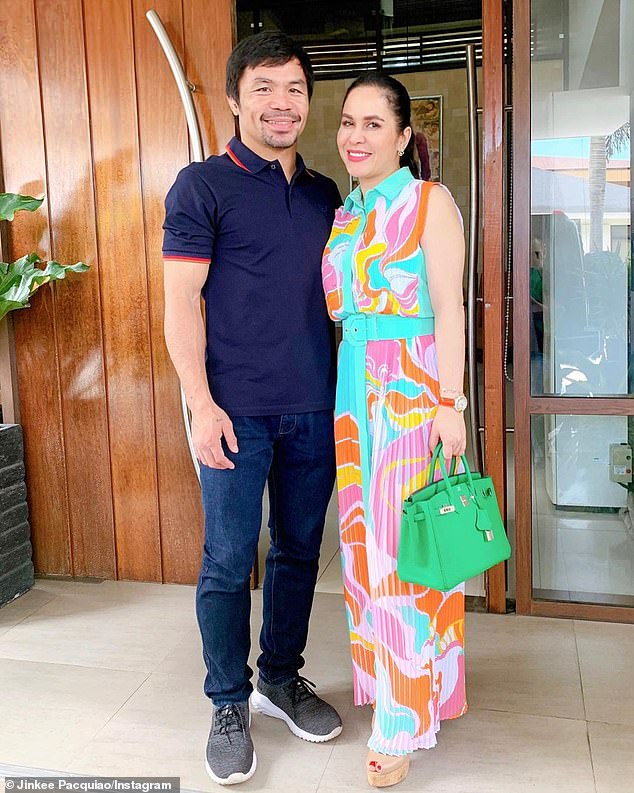 Her favourites appear to include Diane von Furstenberg, Tory Burch and Dior.