Roman Abramovich’s aircraft fleet is valued at around £400million in total, but none of his private jets can compare to ‘The Bandit’.

After buying the aircraft in 2004, the Russian oligarch transformed the Boeing 747-33A ER into one of the most luxury private jets in the world and is believed to be worth around £250 million.

Russian oligarch Roman Abramovich is believed to be worth around £8.6billion, with the 53-year-old’s aircraft fleet valued at around £400million 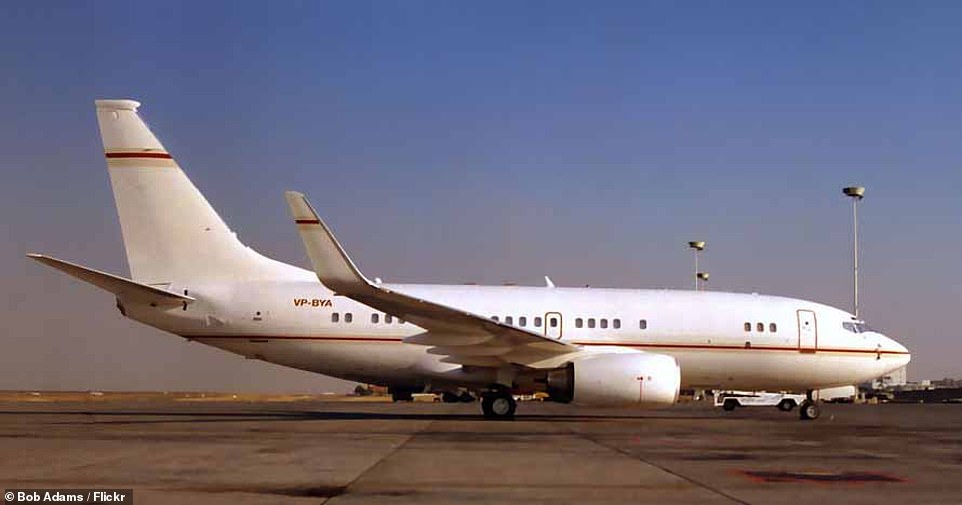 Out of all of the Russian oligarch’s luxury planes, none can compare to ‘The Bandit’ (pictured). Mr Abramovich purchased the aircraft in 2004 before being customised to match the riches of the Chelsea owner

The interior design is made up of chestnut, gold trim and other luxury metals and fine wood, which were just some of the oligarch’s changes to the airplane he originally bought.

Mr Abramovich’s luxury jet also contains a banquet hall which can hold up to 30 people, while he also sanctioned the construction of a kitchen, office and bedroom with a massive double bed on board the aircraft.

‘The Bandit’ is also one of the most secure aircraft on the planet due to its extensive security system. 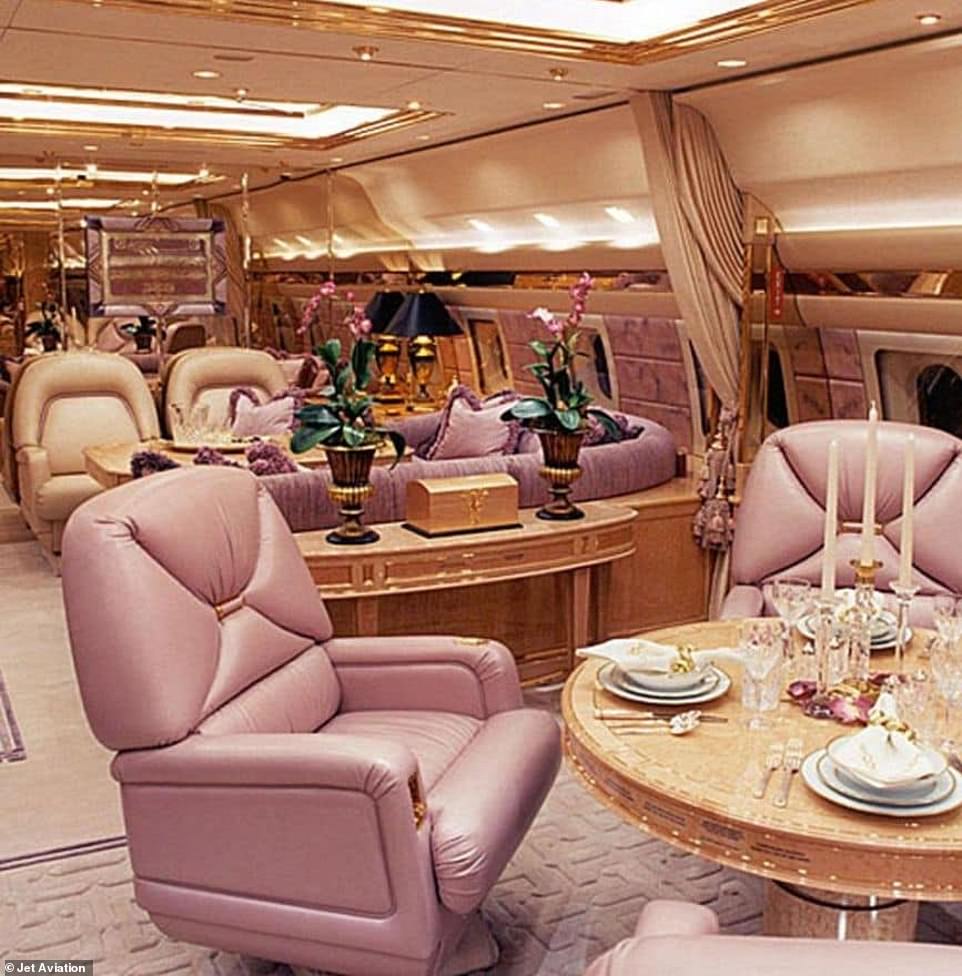 The interior of the Boeing 747-33A ER is laced with gold trims as well as chestnut and other luxury metals and fine wood. It also contains a banquet hall which can hold up to 30 people for wining and dining (pictured) 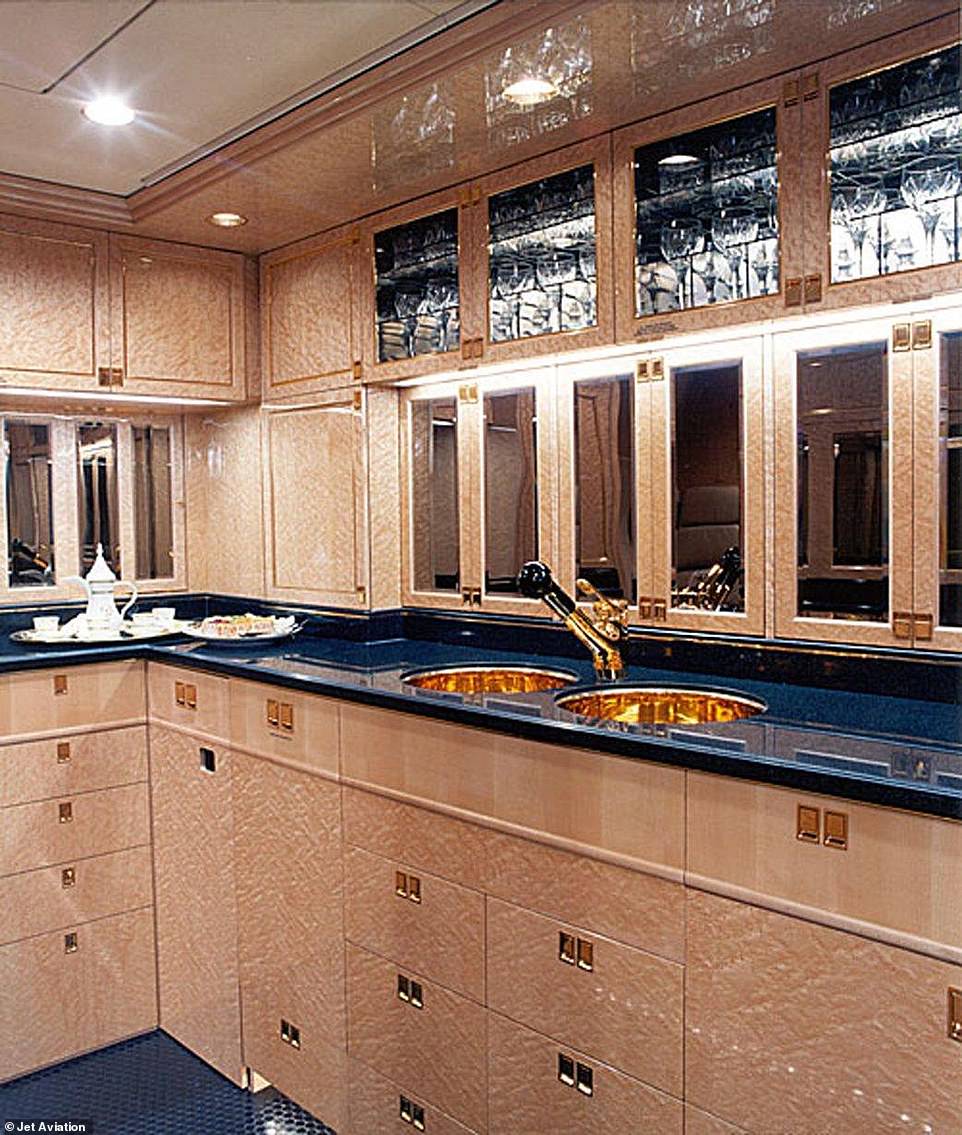 Abramovich also installed a kitchen and an office on board, with the former also containing gilded interior 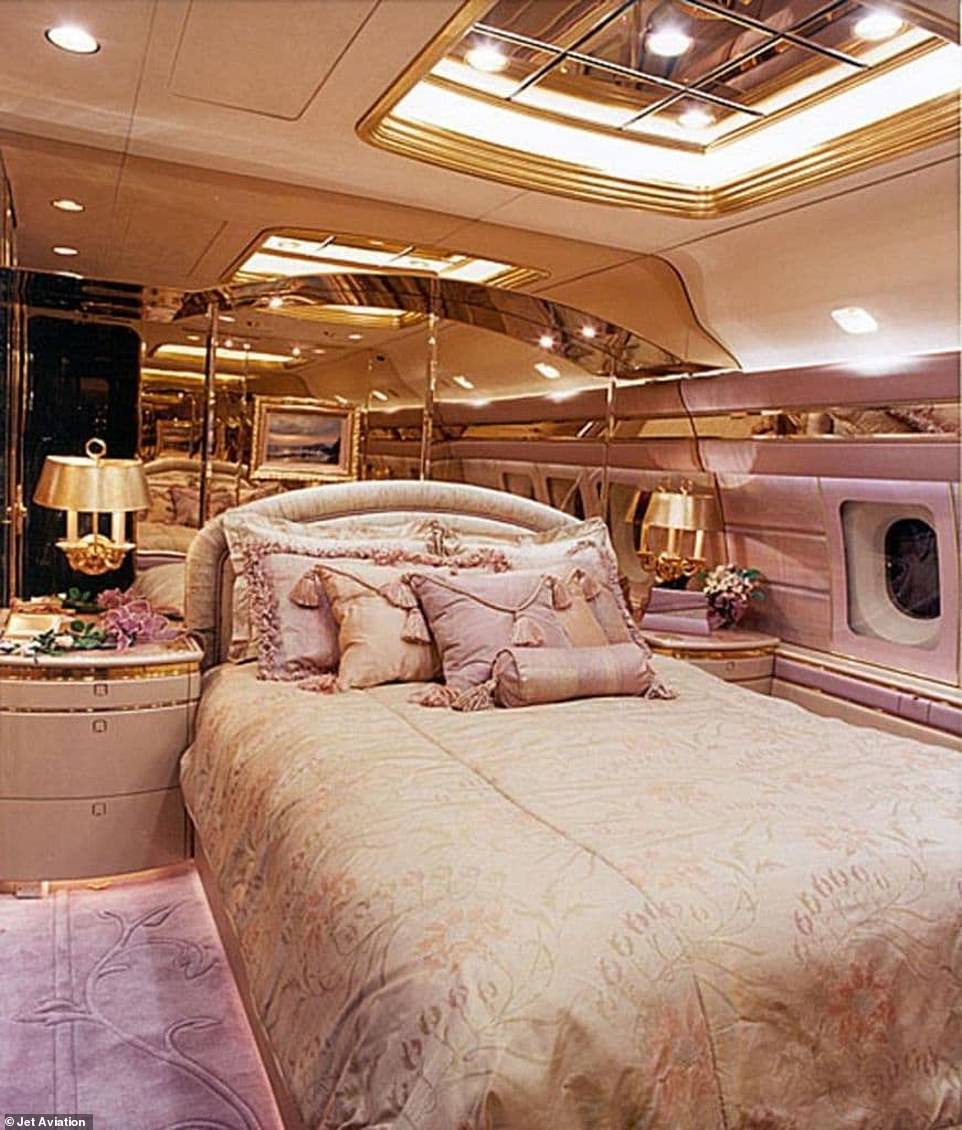 The construction of a master bedroom was another change that the Chelsea owner made to the aircraft he bought in 2004. 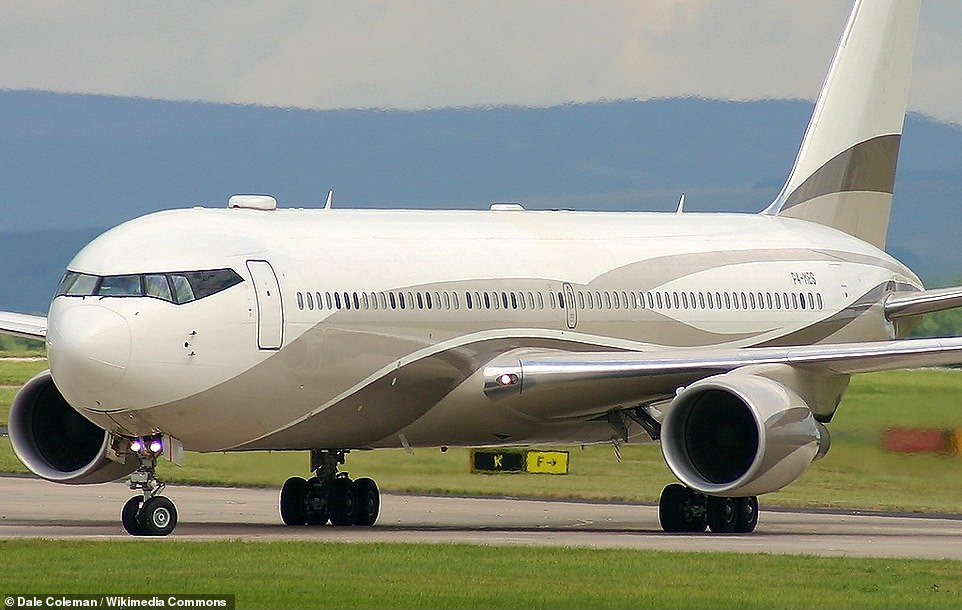 The Bandit (pictured) also has an expensive security system built in, which is similar to the anti-ballistic defence system used by Air Force One which carries the President of the United States of America 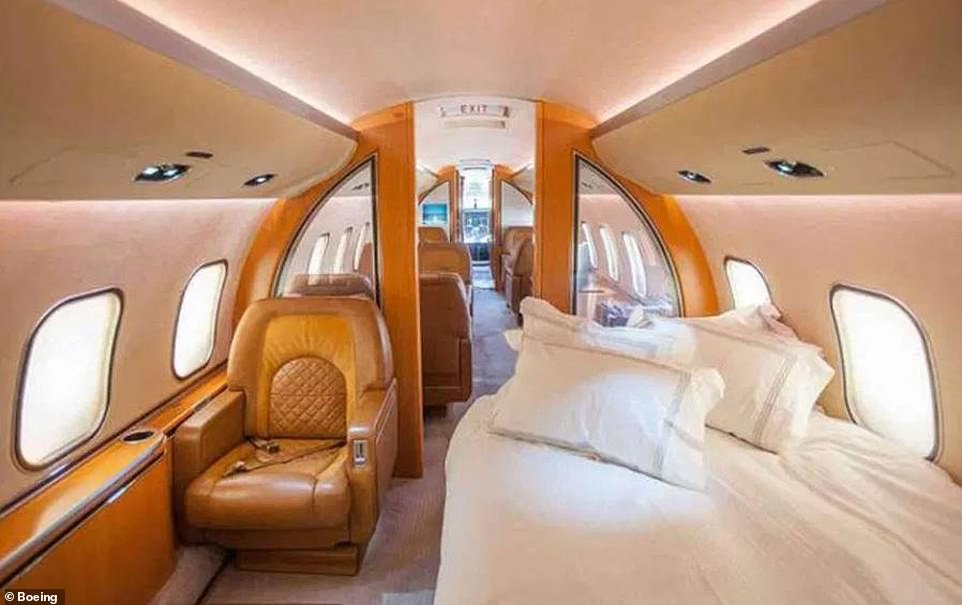 It is believed that Mr Abramovich spent around £200million renovating his luxury jet, which is currently situated at London Stansted Airport

Mr Abramovich installed the same missile defence system that is on board Air Force One, also known as the Boeing VC-25, which is responsible for carrying the President of the United States.

The anti-ballistic defence system is believed to have costed around £1.5million while ‘The Bandit’ is also equipped with a world-class security system.

It is believed that the Chelsea owner, who is believed to be worth around £8.6billion, spent over £200million renovating ‘The Bandit’.

While they may be less luxurious, Mr Abramovich also has two more planes which he uses to travel around the world in style – a Boeing 747-300 and VIP modification of a Boeing 747-700.