Photos have emerged of inside the seedy boarding house where three men died when they were trapped in tiny rooms inside the hostel engulfed by flames around 1am on Tuesday.

The 12-room boarding house, described to Daily Mail Australia as ‘squalid’ with rooms’ you couldn’t swing a cat in’ was torched in, police say, a deliberlately-lit blaze with accelerant from a jerry can.

A flatmate of the three who died in the Newtown rooming house, 45-year-old Richard Hotoran, has been charged with three counts of murder and one count of destroying or damaging a property by fire or explosive.

Police are still searching the premises in the fear there may be more bodies still inside.

The boarding house is owned by A & J Wong Holdings, whose 71-year-old Malaysian-born director Albert Wong is the proprietor of seven rooming houses in Sydney’s inner and inner west suburbs.

Phtoso of the inside of the seedy boarding house where three men died in a fatal fire on Tuesday. 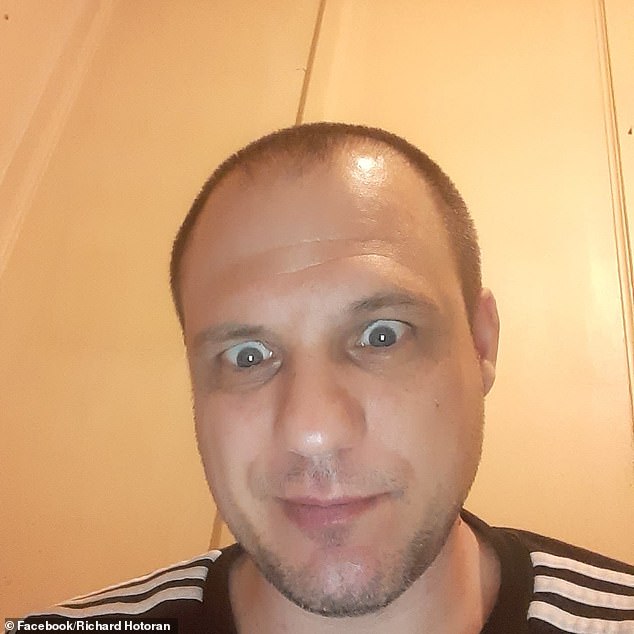 Richard Hotoran, 45 (above) has been charged with the alleged murder of three of his flatmates in the boarding house 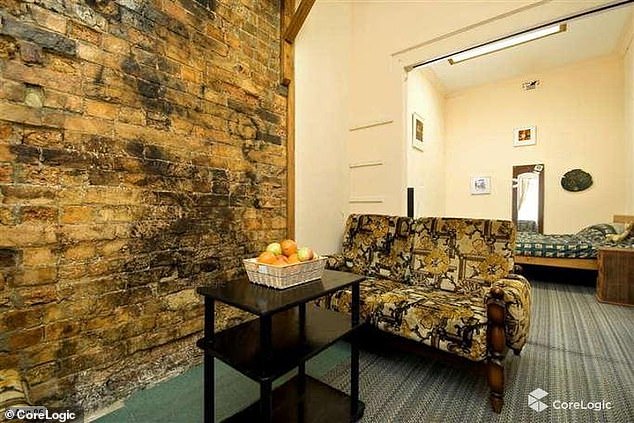 A former resident of Vajda House, a former barber shop with accommodation named after its previous owners, described the its rooms as ‘cramped’ and the bathroom and toilet on the building’s second floor as ‘dirty, atrocious’.

The boarding house was allegedly set alight around 1am on Wednesday and quickly consumed with a fire neighbours say looked to start on the ground floor.

One elderly resident Ronald Serich, 80, escaped by jumping while on fire from the second floor and injuring both his ankles.

He later suffered a heart attack in hospital and was placed in an induced coma.

Pastry chef Mark Warner, who was up early and watched the tragedy unfold from his room across the road in the Carlisle Castle Hotel, said he saw ‘Ronnie’ lying in the street ‘with his legs on fire’.

Mr Serich was one of what was believed to have been 11 people living in the Probert Street house when the fire broke out, sounding what Mr Warner described as a ‘giant pop and crack … like a bomb’.

Nearby residents felt the eruption of flames in the building reverberate through their houses. 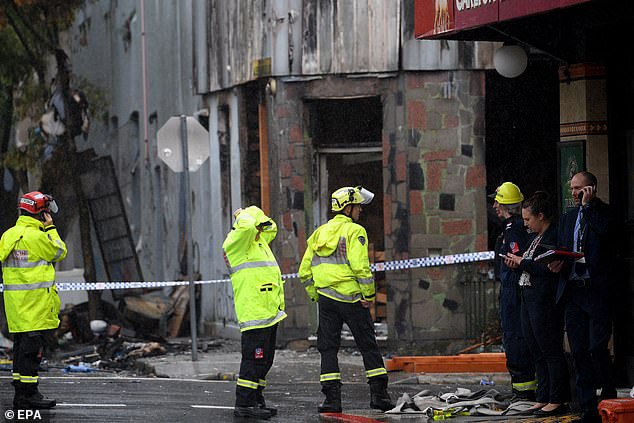 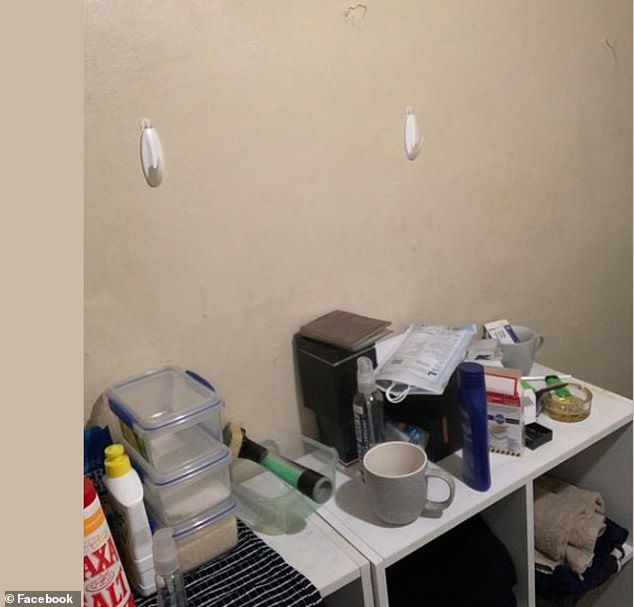 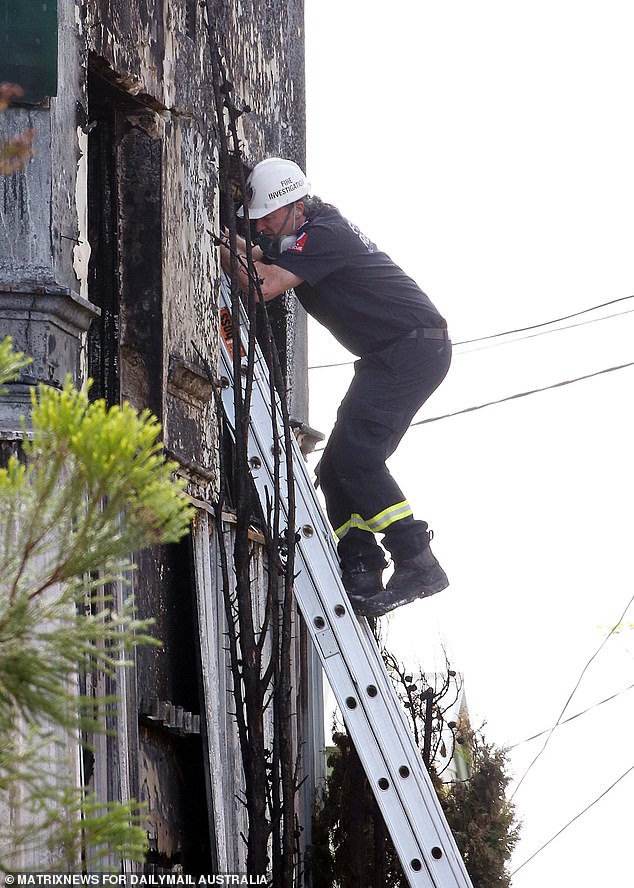 Another man taken to hospital remains in a stable condition while a third has been released.

As police dusted cars parked in the street near the boarding house for fingerprints on Tuesday afternoon, a five-litre jerry can was found discarded under a nearby car.

Detectives were also searching for a mystery person reportedly seen lurking in surrounding streets around the time of the fire.

Police later confirmed traces of a flammable liquid were found at the scene.

‘The flames were called extremely quickly. Without going into the scientific evidence so far, it would be fair to say that some type of accelerant has been used,’ NSW Police Assistant Commissioner Peter Cotter said on Tuesday. 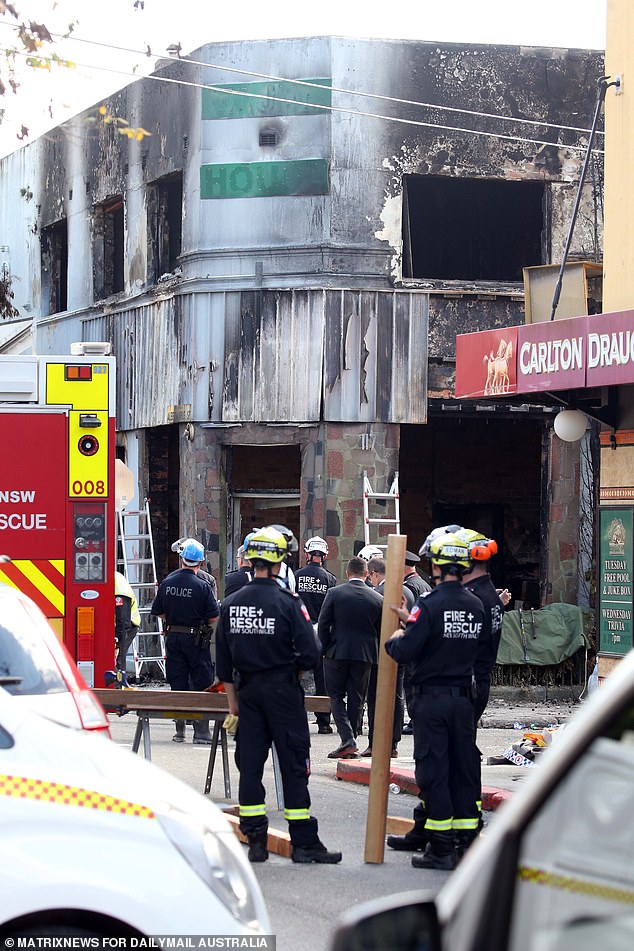 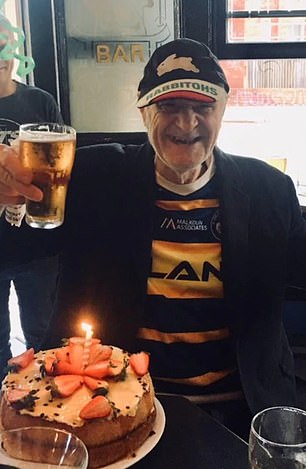 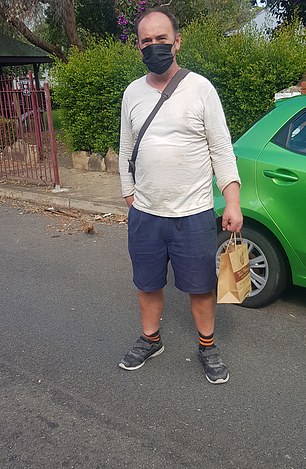 Popular resident, Ronnie Serich, 80 (above left) jumped from the second floor with his legs on fire, which was witnessed by pastry chef Mark Warner (above right) who watched the tragedy unfold from across the street

Assistant Commissioner Cotter said investigators were continuing to search the home on Wednesday.

‘We still haven’t been able to explore all the rooms in the boarding house so fingers crossed that the death toll won’t rise but we still have some fears that people could be unaccounted for yet,’ Mr Cotter told ABC Radio Sydney.

‘We’re hoping we will be able to get up into that first storey (today) and make sure that we recover what we know is there and then clearly look for any other people who might have perished.’