Spencer Matthews has undertaken a ‘gut-wrenching’ mission to climb Mount Everest to find the body of his brother Michael – revealing that he retraced the ‘exact steps’ he took when he died descending the world’s highest peak in 1999.

The Made in Chelsea star, 34, received months of therapy before making the ’emotional journey’ to find his older brother – a seasoned climber who died shortly after becoming the youngest Briton ever to scale the mountain.

Michael Matthews, 22, had spent around 20 minutes at the summit before he is said to have gotten into trouble just three hours after beginning to make his way down the south descent through the ‘death zone’ on May 13, 1999.

The experienced mountaineer, who had previously conquered Kilimanjaro, the Pyrenees and the Swiss Alps, was the 162nd person to die on Everest.

Michael’s body has never been recovered and his family have never been able to fully understand what happened to him.

But in a new documentary with Disney+, Spencer – who was only ten at the time –  embarks on a journey to find his brother’s body and bring it home.

He was said to have the backing of his parents and his brother James to create the ’emotional’ project.

Speaking to Holly Rubenstein’s The Travel Diaries podcast, he said: ‘I was aching to find out more about his death. I was ten at the time. I remember thinking it was really unfair. I always believed that I’d see him again and never took it on the chin that he was dead. I thought it was impossible. It never crushed me in the way it affected my parents and my brother. 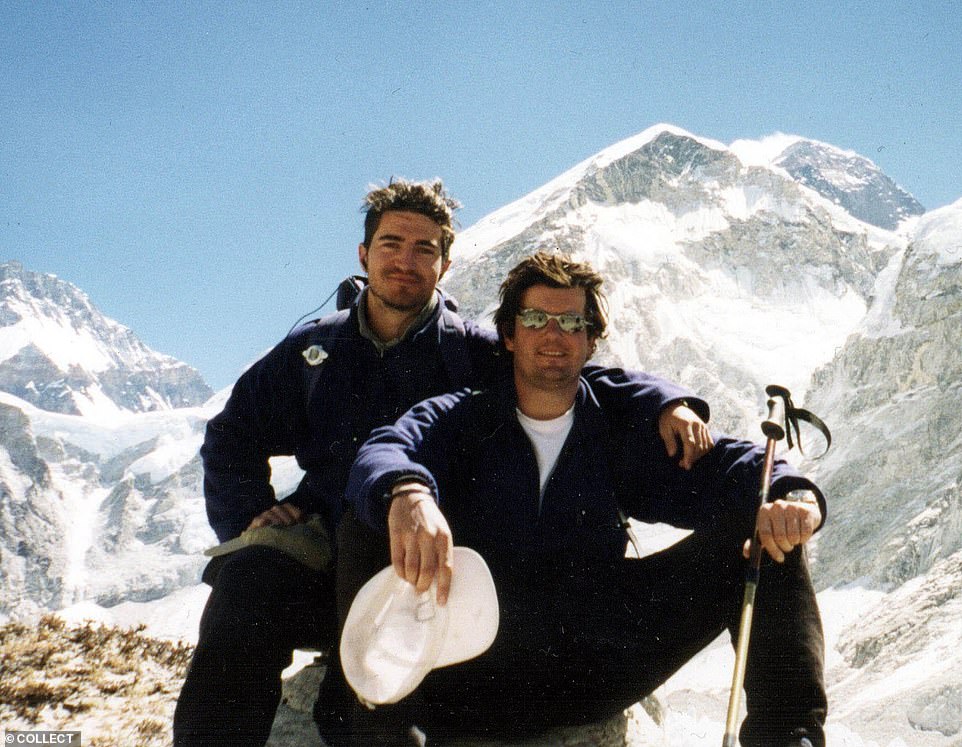 Michael Matthews, 22, (left), with friend Jamie Everett in front of the summit of Everest in 1999 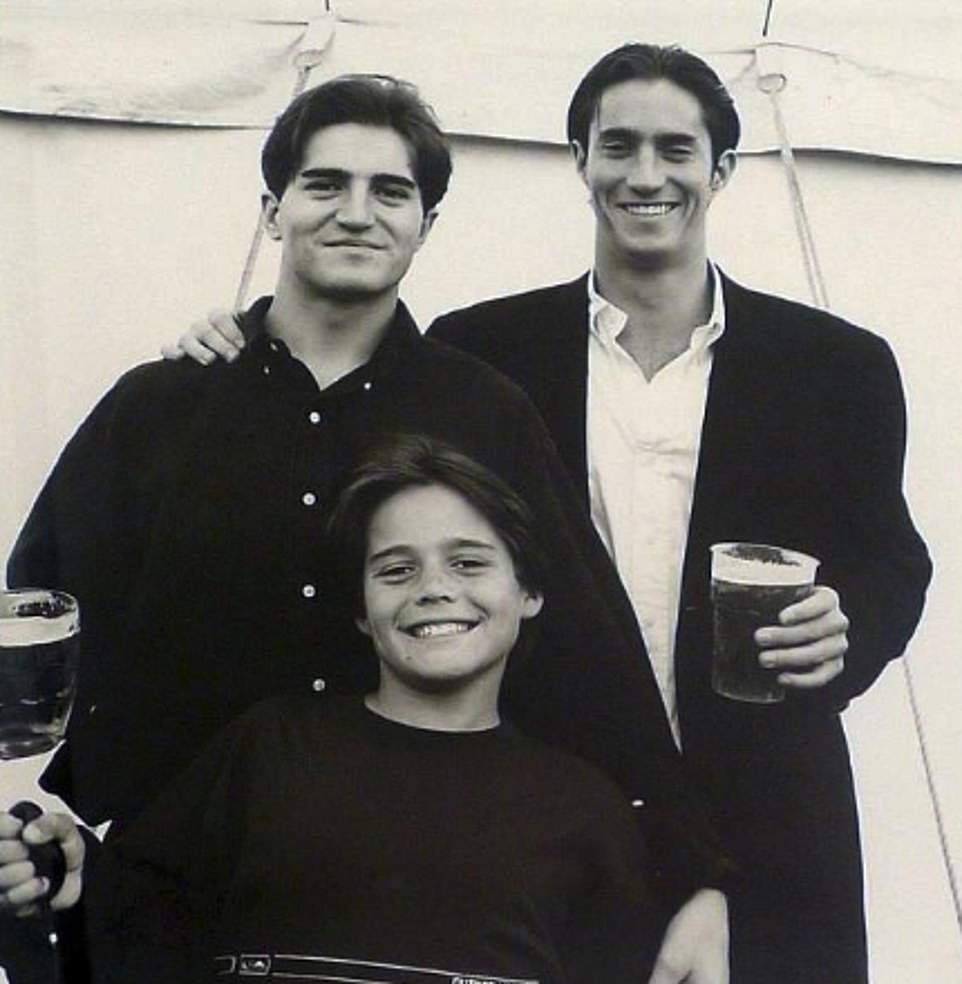 Spencer (youngest bottom) described his brother Michael, left next to sibling James, as an ‘incredible force of nature’ 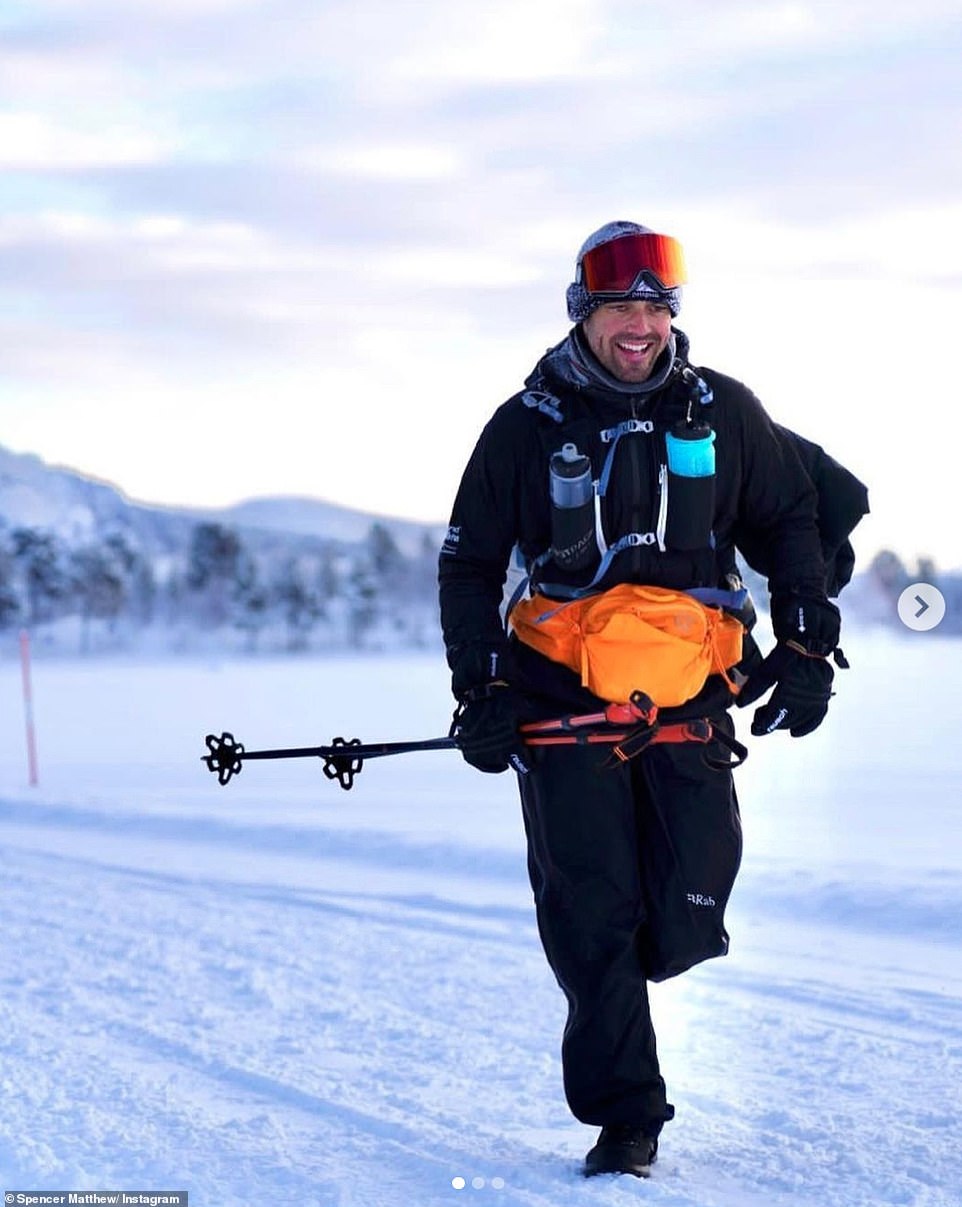 In a new documentary with Disney+, Spencer – who was only ten at the time – embarks on a journey to find his brother’s body and bring it home 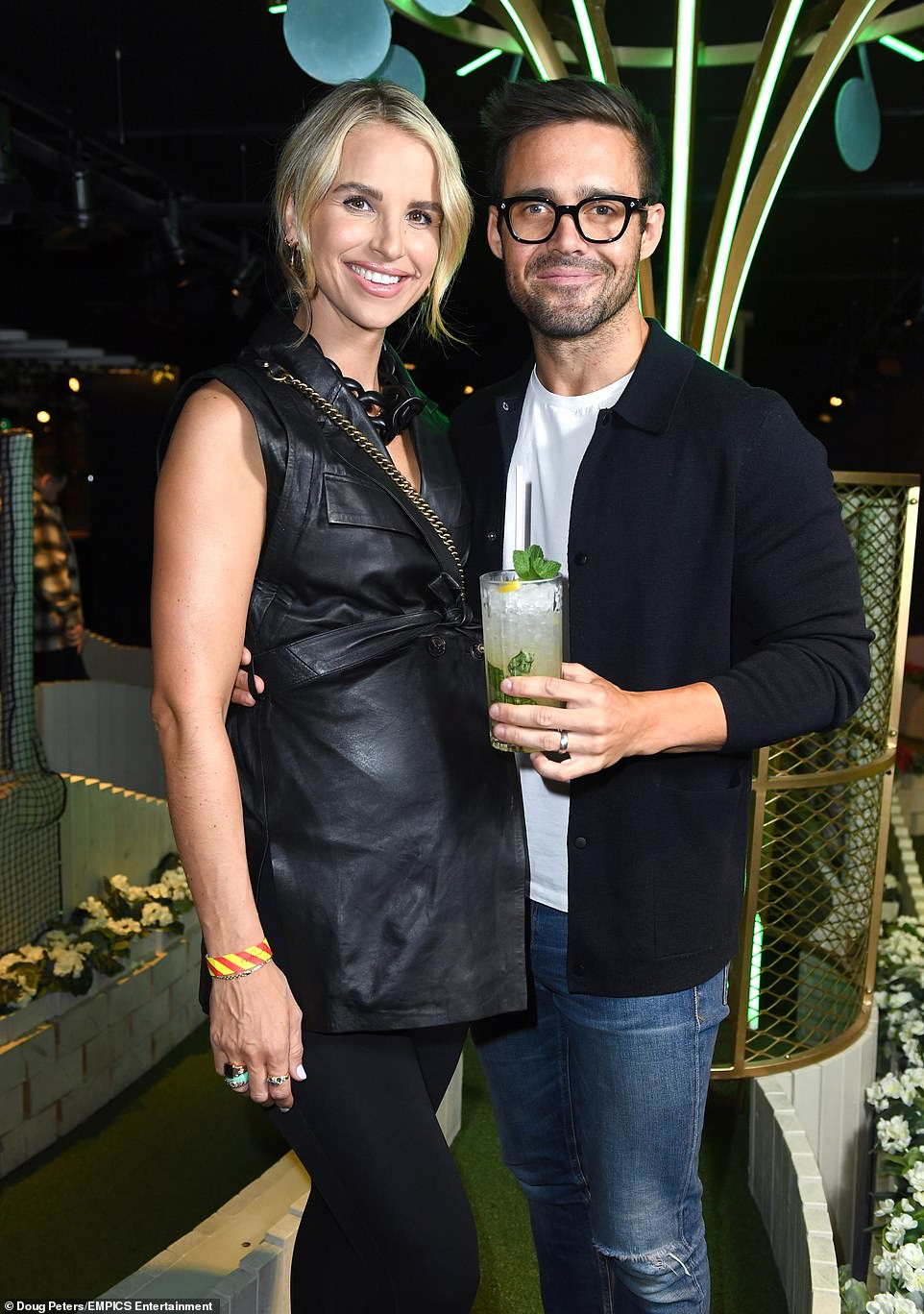 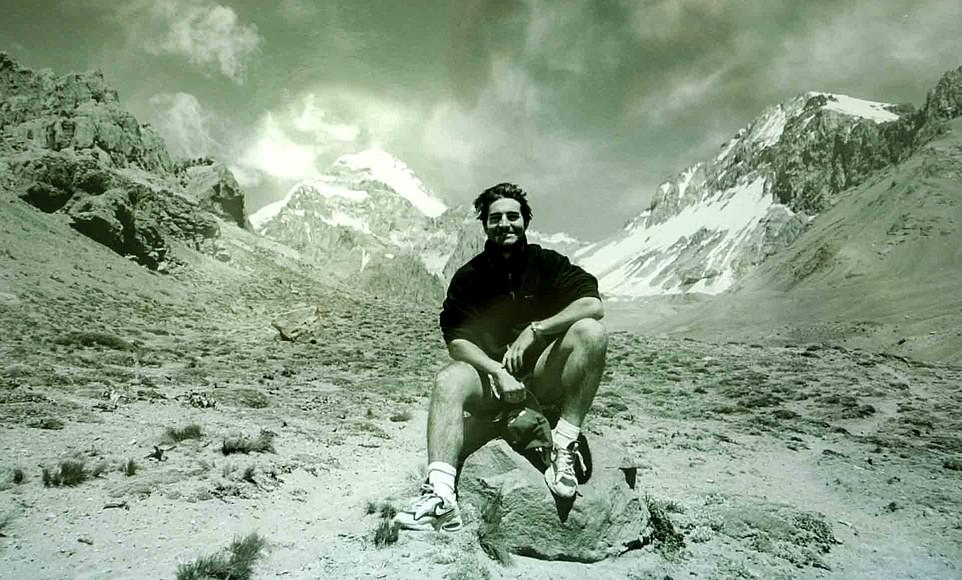 Mr Matthews on the mountain in 1999, when he broke Mr Grylls’ record and became the youngest Briton to climb the world’s highest peak

In 2018, Pippa Middleton and husband James Matthews paid tribute to the late Michael Matthews when they named their son.

The couple, who named their son Arthur, gave their baby boy the middle names Michael and William.

Their baby boy weighing 8lb and 9oz was born at the private Lindo Wing, at St Mary’s Hospital, Paddington, in October 2018. 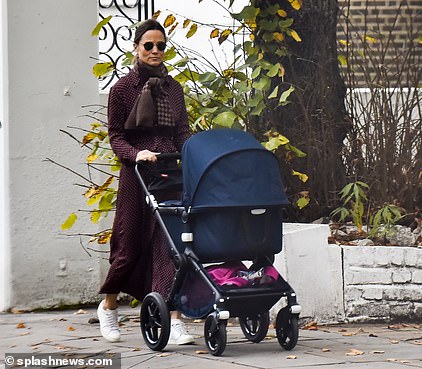 The name Michael is a tribute to Pippa’s father and her husband’s younger brother who died while climbing Mount Everest in 1999.

Michael Matthews went missing on the mountain’s infamous Death Zone while he was trying to become the youngest Briton to climb the world’s highest peak.

Following his tragic death brother James Matthews accompanied by wife Pippa have become committed to fundraising for poverty-stricken areas in Africa and Asia through the Michael Matthews Foundation.

The birth of the couple’s baby came just hours after Prince Harry and Meghan Markle announced they were expecting a child.

‘We would read that you could recover bodies from Everest. I know now that you can fly helicopters into Camp 2. For people who don’t know Everest, that’s quite a big deal.

‘From base camp there is the Khumbu Icefall leading up to Camp 1. Then Camp 2 is at the end of a long plain right at the base of what you would think is the beginning of the climb. It makes it easier to bring bodies down – I mean it is not easy – it requires a lot of manpower, but getting them to Camp 2 can be done and then helicopter back down.

‘He died up there and his last thoughts will probably have been that he’s never going to see his family again. We have not seen his body and I set off to go to Everest and find him and bring him home. We made a film about it. It’s called Finding Michael and it’s out in February 2023 [on Disney+].

Spencer trekked to South Base Camp base camp via Namche Bazaar, a town in north eastern Nepal, often the staging point for expeditions to and other Himalayan peaks.

He made the journey just five days after the birth of his son Otto after a ‘weather window’ made scaling the mountain feasible.

Spencer would have otherwise been left facing another year of waiting to begin the search, revealing that he had the backing of his wife Vogue Williams.

The South Base Camp is located at an altitude of 5,364 metres.

Describing the trek, he said: ‘You don’t have to be superman to do it. You come across this town [Namche Bazaar] in the sky. It’s amazing. It’s above the clouds. It reminded me of Asgaard.

‘Part of the film is that we retrace the exact steps that Mike and his friends took. We stay in the same places and do the same path as he did. It’ll be a really powerful and amazing film’.

‘I’m going to slip and give things away if I carry on. But I do urge people to watch it’.

TV adventurer Bear Grylls led a secret expedition to Mount Everest aiming to recover the body earlier this year. He is close friends with both of Michael’s brothers.

He said: ‘We actually had an expedition on Everest to try to recover the body of the brother of a good friend, who climbed it the year after I was there but was never found. We really tried. We had the best team in the world.’

Speaking at the Oxford Union, the Old Etonian added: ‘We had a team of, like, ten Nepalese guys and some other incredible Western climbers. It is the reality of high-altitude mountaineering, as people pay the ultimate price up there.’ 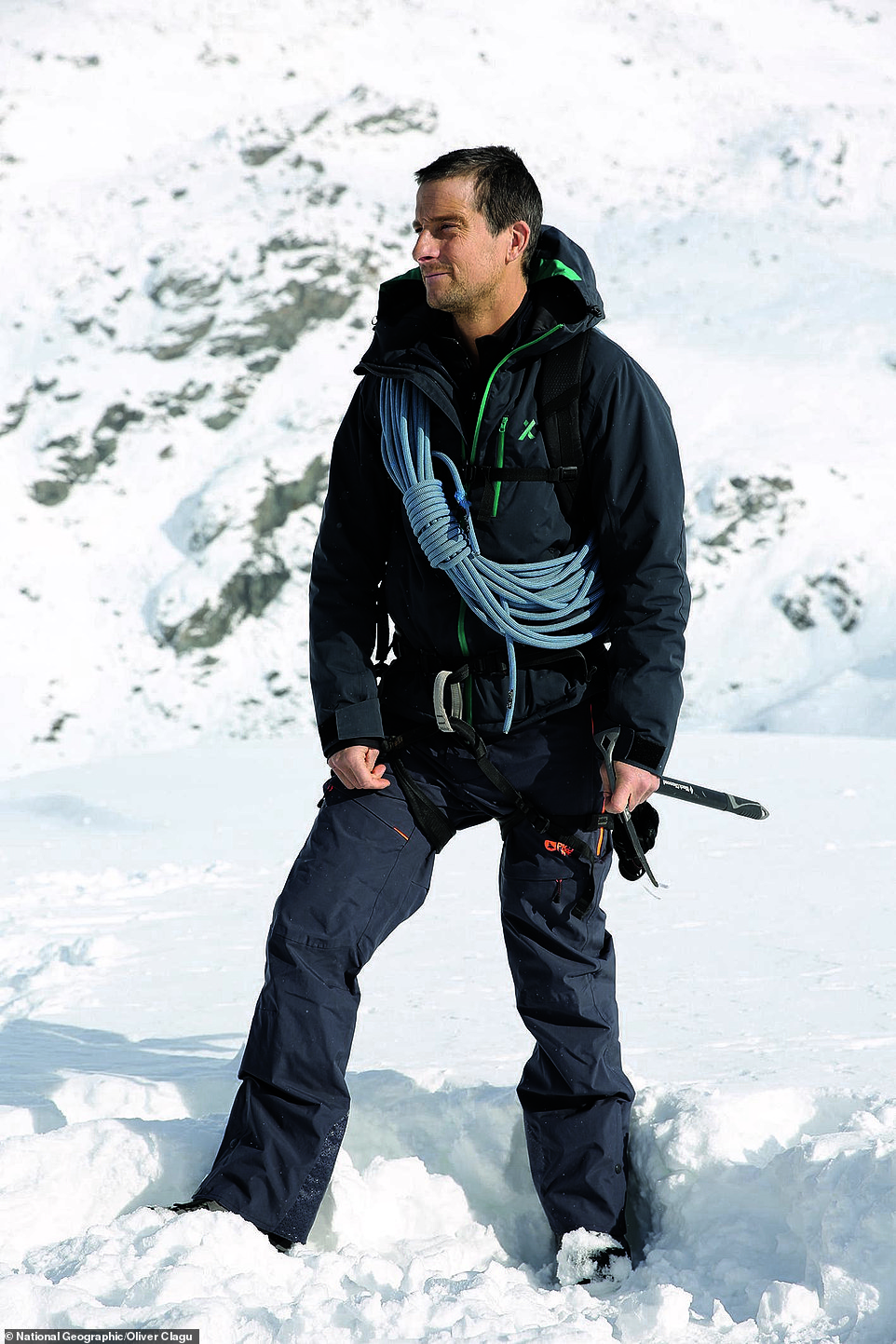 The Chief Scout, who counts the Princess of Wales among his friends, led an expedition to Mount Everest earlier this year to try to recover the body of Mr Matthews 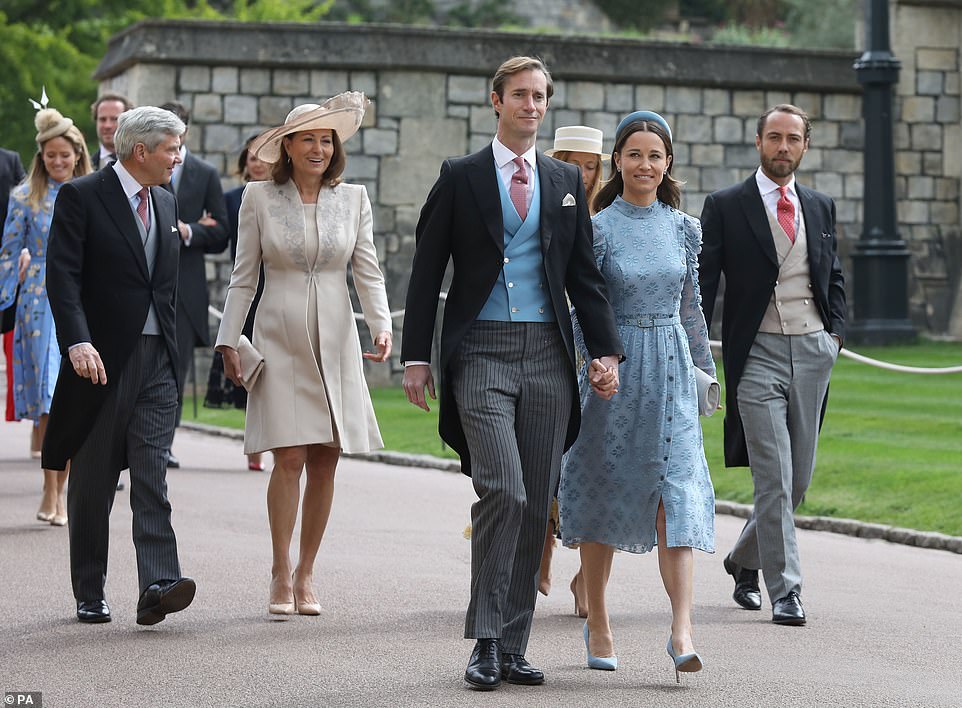 Mr Matthews’ brother James is married to Pippa Middleton, the younger sister of the Princess of Wales (pictured with Michael, Carole and James Middleton) in 2019

The dangers of death on Mount Everest, the world’s tallest mountain

Mount Everest has a record for the most deaths on a mountain across the globe.

Some 310 climbers have died on the slopes of the world’s tallest mountain, which stands at 8,848.86 meters above sea level.

Many of the bodies have never been found, and others have been exposed as the conditions change on the mountain.

In most cases, it is too difficult to move the body off the mountain due to the harsh conditions and difficult locations.

Some climbers requested that their bodies stay on the mountain if they died while climbing it.

Causes of death on the mountain can include exhaustion, heart attack, and asphyxiation by avalanche.

Altitude sickness can also play a part in weakening the human body, with climbers becoming too ill to continue, and their body shutting down.

The events that led to Michael’s death 23 years ago have been subject to much debate and a bitter dispute took place between his family, the guides that travelled with him and the company that organised trip.

After initially leading the group, the rest of the climbing pack said Michael began to struggle near the end, and on their descent, 100mph winds hit, leading to his separation from the group.

But David Matthews, the millionaire patriarch of the family, has always claimed that the negligence of the mountain guides was to blame for his death.

He brought a private case against three men working for the firm amid claims the safety briefings were inadequate, his oxygen supply was faulty and the guides failed to keep Michael in their sights during the climb.

The case was dismissed as the judge insisted there was no evidence of negligence. The guides were also cleared by the British Mountain Guides professional standards committee.

Spencer and his family have since raised hundreds of thousands of pounds for The Michael Matthews Foundation, created in his brother’s memory to support education projects in Africa and Asia.

In Spencer’s 2013 book Confessions of a Chelsea Boy: The Autobiography, he discussed the devastating loss of his sibling.

Speaking about the family, including his other brother James, he said: ‘His loss was devastating for the family and over time this became worse because the circumstances surrounding Michael’s death have never been fully explained.

‘James took the news badly. With just a year and a half between them, he and Mike were the closest of friends. The loss was heartbreaking for James.’

Of the unanswered questions surrounding the death, Spencer went on: ‘We have not been able to say goodbye in person. We have nowhere to go to sit with him.

‘He lives on with us in our minds only. On Mike’s birthday James and I send mum and dad red roses for the age he would have been. I guess our family’s way of dealing with losing Mike is to believe that he goes on with us.’

In 2016, Pippa Middleton climbed to the summit of the Matterhorn, having conquered its 14,691ft peak on July 29.

The then 32-year-old made the climb in honour of Michael.

Pippa was supported by her brother James Middleton on the climb, with the pair raising money for The Michael Matthews Foundation.

Just hours after her descent, Pippa spoke movingly about what had inspired her – and how she was longing to share her adventure with her then fiance.

She told The Mail on Sunday at the time: ‘It was humbling to have been able to climb one of the world’s most beautiful mountains and raise money for a charity created in memory of an extraordinary young man who lost his life on another peak.

‘Although I have raised money in the past for the Michael Matthews Foundation, it has now become even more important to me and my family.

‘Although neither I nor my brother ever met Michael, we both share his spirit and passion for the mountains. We made this climb knowing he would have been there nudging us on, and we are honoured to be supporting his memory.’

She added: ‘It would have been good if my fiance James had been here to share the experience, something I know he would have loved to have done. Mountain climbing, though, has disturbing memories and understandably James kept his feet firmly on the ground, while giving us his complete support.’