Inside the night the Socceroos stunned Argentina: How one of the best free kicks you’ll ever see gave Graham Arnold and his teammates a victory for the ages against the football giants

The year was 1988 and the likes of Argentina and Brazil were on Australian shores competing in the Bicentennial Gold Cup.

Saudi Arabia were the fourth nation vying for the trophy – and the Socceroos stunned the world after beating Argentina 4-1 at the Sydney Football Stadium.

Skipper Charlie Yankos finished with a brace to his name on that famous night – and his scorching free kick from 40 yards remains one of the best goals ever by an Australian footballer. 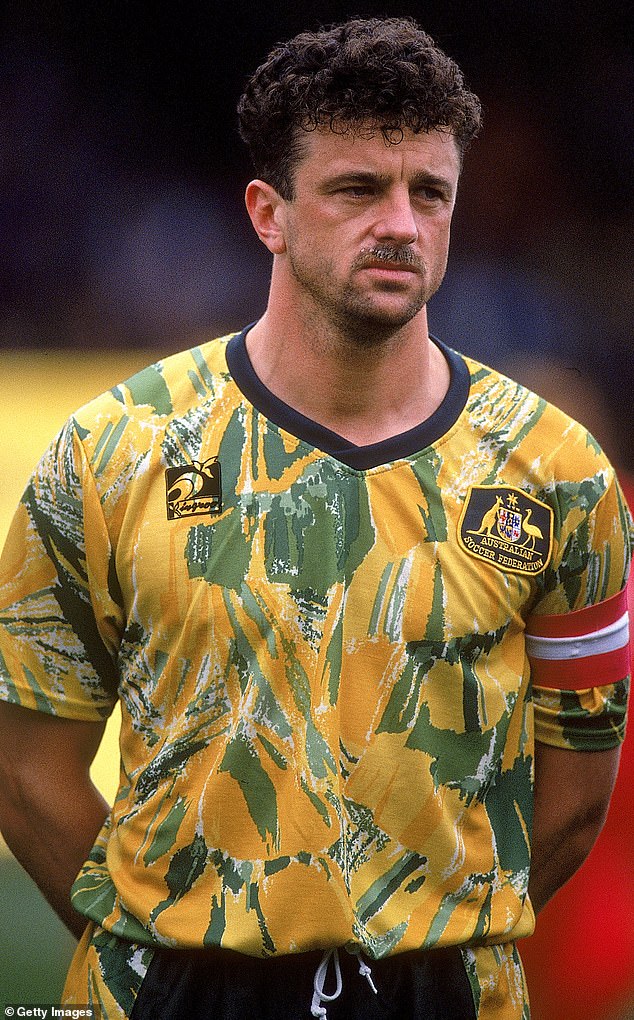 Current Socceroos boss Graham Arnold also played against Argentina on that famous night – and has the opportunity to conjure another miracle on Sunday morning (AEDT) in Qatar (pictured, in 1993)

The result sent shockwaves around the globe given Argentina had won the World Cup two years earlier in Mexico.

And while the late Diego Maradona didn’t make it down under, the Albicelestes were still a stacked team, with the likes of Diego Simeone and Oscar Ruggeri in their starting XI.

‘Just before half time we were awarded a free kick. I had been trying to hit the target in many, many games and most of the time the ball hits some spectator in the grandstand,’ Yankos recalled.

‘On this particular occasion, I can remember everyone just saying, hit it, hit it, hit the target and I just went for it.

‘I didn’t realise how it went in until I saw it on tape the next day and it was a big buzz.’

Socceroos boss Graham Arnold also played that night against Argentina – and at fulltime joked he would need an ambulance given the night on the beers that was to follow.

Unsurprisingly, Brazil comfortably won the final a few days later as many of the Aussie players were still feeling the effects of their big night.

If Arnold can conjure a similar result against Lionel Messi and company early on Sunday morning, the party vibes across Australia will be monumental.

The TAB clearly don’t think the Socceroos can beat the South American giants.