A split-second decision has frosted over the relationship between two V8 Supercar drivers, with neither willing to admit they are to blame for a nasty collision in Townsville on Sunday.

McLaughlin slammed Reynolds for ‘desperado’ tactics, noting the wet conditions made the crash all the more dangerous, but Reynolds and his reality-star girlfriend Tahan Lew-Fatt have hit back.

Supercar driver David Reynolds and his girlfriend, former Big Brother star Tahan Lew-Fatt were seen in a war of words with driver Scott McLaughlin after a nasty clash on Sunday

In a heated meeting between the two drivers, McLaughlin demanded an explanation, The Courier Mail reported.

‘[Reynolds] says he went for a gap but I believe he made that gap,’ he said.

‘I was probably being a bit safe because it was wet and he decided to attack.

‘It’s split-second stuff… but I didn’t think it was what I would do.’

The drivers were not the only ones to fire up, with McLaughlin confirming Ms Lew-Fatt, who came third on Big Brother in 2013, had also exploded at Reynolds.

‘She basically repeated what Dave said, she happened to be next to him,’ he said.

Speaking with supercars.com, Reynolds said he and McLaughlin had gone to watch the footage of the crash after the race, and both were still convinced they were in the right.

He explained McLaughlin had come to his garage to confront him before viewing footage of the clang.

‘I didn’t really say anything, everyone else was yelling at him,’ he said.

‘My girlfriend was yelling at him and stuff. It was alright, no dramas.’ 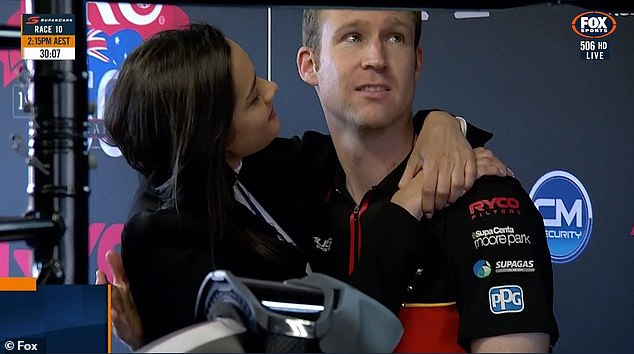 Reynolds clipped the back of McLaughlin’s car in the first lap of the Townsville 400, taking the two drivers, placed third and second at the time, to the back of the pack 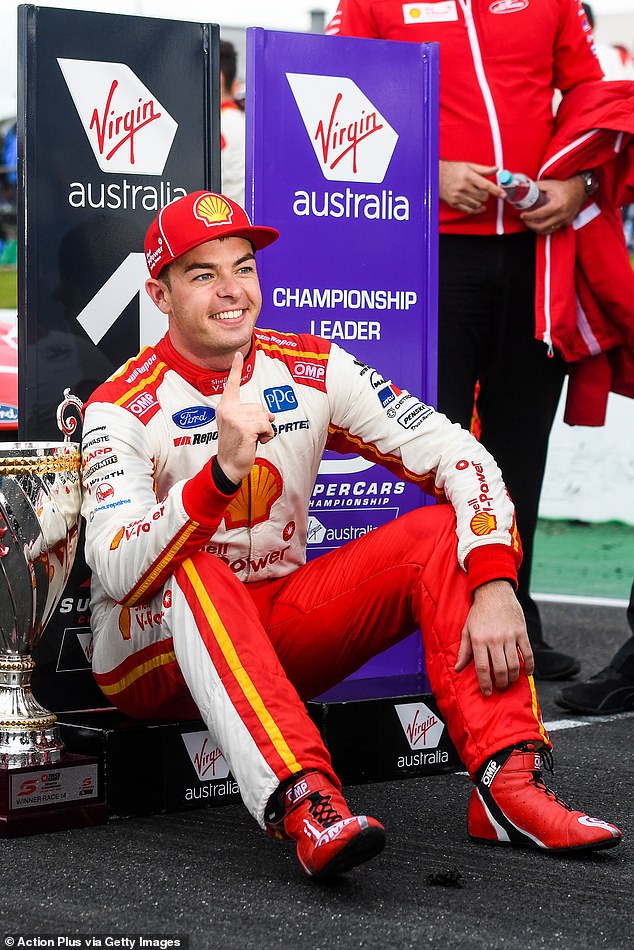 McLaughlin went to see Reynolds after the race and was not met with a warm reception. Reynolds confirmed his girlfriend ‘screamed’ at the driver, though both men still believe they are in the right

Reynolds said he stood by his decision, noting there was no point in avoiding risk during a race.

‘We’re just here racing. If I don’t go for the spot we’re not racing, we’re just following each other around,’ he said.

‘It’s not fun, it’s not interesting.’

The crash proved catastrophic for both drivers, with McLaughlin and Reynolds rushing back to the pit for urgent repairs.

McLaughlin finished 11th, while Reynolds finished 20th – a far cry from their starting positions of second and third. 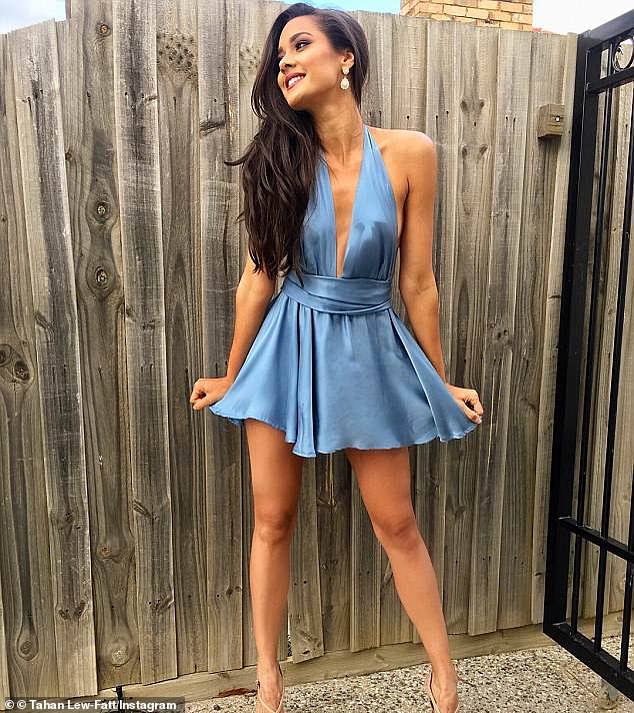 Reynolds did not oppose his girlfriend’s behaviour, noting: ‘If I don’t go for the spot we’re not racing, we’re just following each other around’