It’s described as the ‘most joyful place you should visit’, but a trip to this brothel on Sydney’s north shore ended in tragedy for a man in his 70s – with his death shrouded in mystery amid a police investigation.

He was visiting popular adult entertainment business Hornsby 142, also known as ‘Hunter Hunnie’, on Sunday when staff called emergency workers over concerns for his welfare.

By the time they arrived, he was dead.

The man’s death was the second at a Sydney brothel in just a month – with another body also discovered on November 22 at an establishment on New Canterbury Road at Dulwich Hill.

Police established a crime scene and were seen outside the Hornsby premises on Monday morning, but the investigation is ongoing and detectives still haven’t been able to determine whether his death was suspicious.

However, the 24-hour brothel was open for business and taking clients on Tuesday morning – some were seen waiting outside until they were quietly ushered in at about 11am.

Pictured: Inside the North Shore brothel where a man in his 70s died on Sunday afternoon 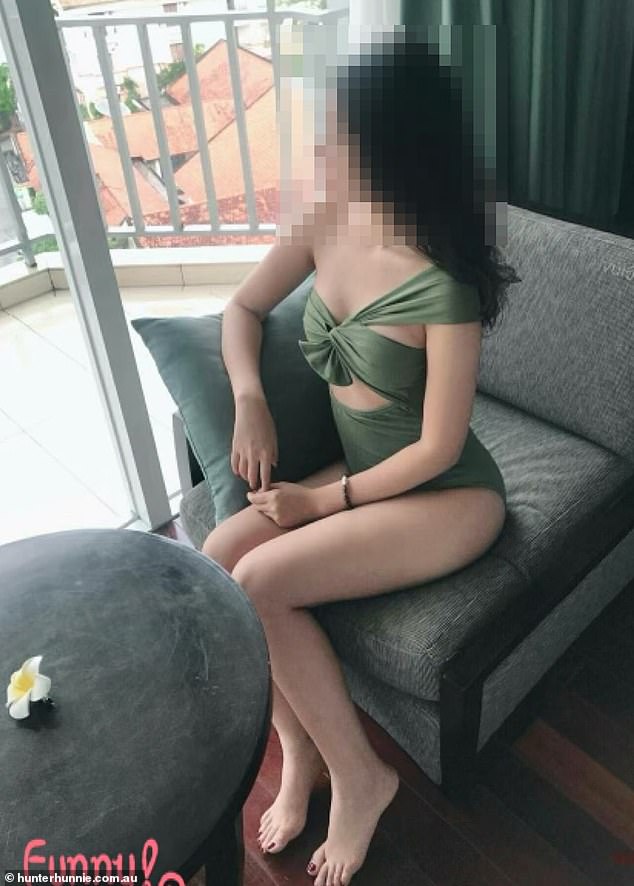 Hornsby 142, also known as Hunter Hunnie, has about 50 female sex workers in its catalogue

Staff refused to say anything about the incident, with one woman telling Daily Mail Australia that she was not allowed to comment.

It’s not the first time the business, which boasts a catalogue of about 50 female sex workers, has been in the headlines.

In 2019, the property was the target of a police drug raid which saw four women – including a 49-year-old sex worker and the brothel’s madam – arrested and hit with drug charges.

Brothel owner Min Van Campenhout, 47, was sentenced to a 12-month conditional release after she was found on a premises with drugs, including  methylamphetamine, heroin, cannabis, and MDMA.

She also had 13 boxes of prescription-only erectile dysfunction tablets, but her lawyer told Paramatta Local Court most of them had expired and were intended for her ex-partner. 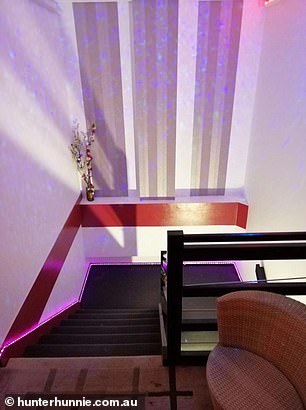 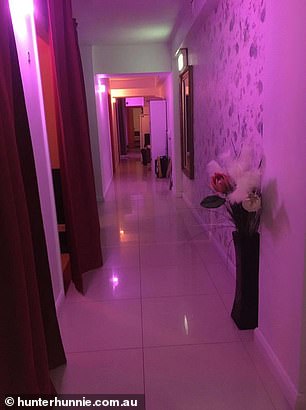 The brothel appears understated from the outside, but inside is a multi-storey sex lair (pictured) 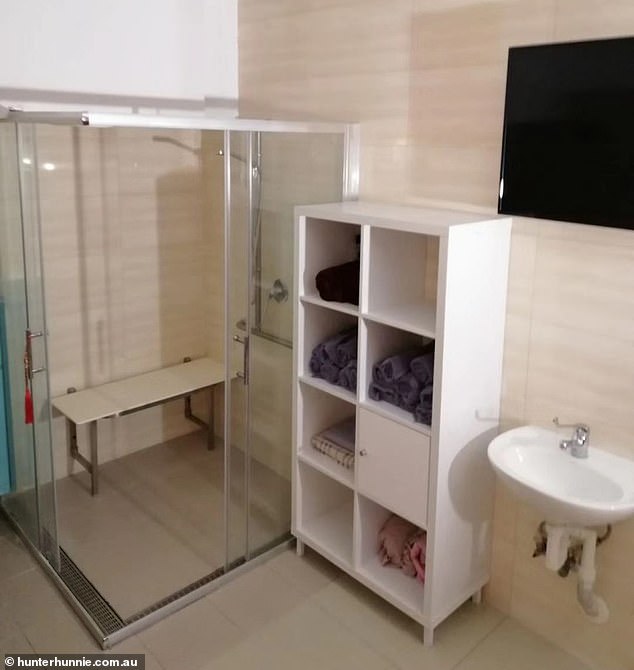 Van Campenhout’s lawyer said she was remorseful for her actions and had taken steps to ensure the premises was drug-free.

Wai Kwan Mo, a 49-year-old sex worker, was also found by police in a room inside the brothel with a male client, who was laying on a bed next to 26g of MDMA in a resealable bag.

Messages on her phone revealed she had been selling MDMA to clients under the code names ‘apple’ and ‘orange’.

The brothel appears understated from the outside, but is a ‘well decorated’ multi-storey sex lair on the inside.

‘Our aim is to give you the most relaxing time,’ the website says. 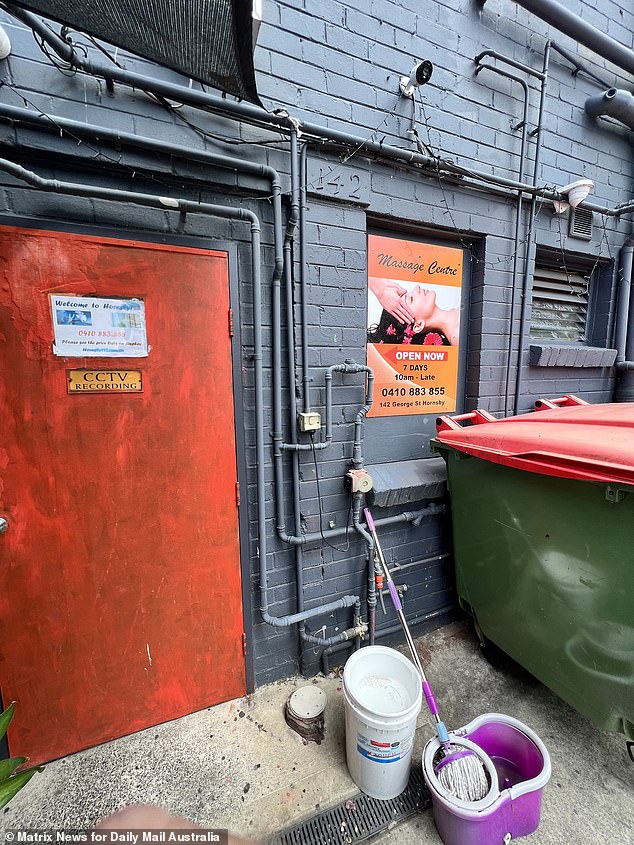 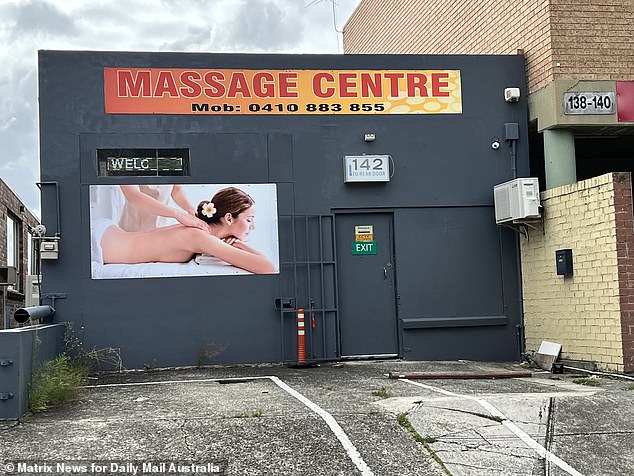 ‘Our massage [will] relax you quickly whilst kissing + playful nature will get you hot very quickly.’

The site also has a range of comments from prospective and returning clients, who ask about the availabilities of their favourite staff and whether they’re able to fulfill special requests.

‘Managed to do a super double with power girls Vivian and Kikki. Amazing bodies, beautiful personalities and attentive to every request. Shut up and take my money,’ a man who called himself ‘Mr Handsome’ wrote.

Another asked for a sex worker with ‘the best legs and feet’, another asked whether it was possible to hire two women at once, and someone else enquired about golden showers.

The mystery comes after the body of a man was found at another brothel in Sydney one week earlier following reports of a concern for welfare at an establishment on New Canterbury Road in Dulwich Hill.

‘A crime scene was established and police commenced an investigation into the man’s death.

‘Police have prepared a report for the information of the Coroner.’

Emergency workers could be seen wheeling the body of a 59-year-old from another brothel in Sydney – just a month before the man died in Hornsby.

This time, it was an adult entertainment business on New Canterbury Road near Dulwich Hill, in the city’s inner-west.

Police were called to the business at 12pm on November 18 over concerns for his welfare.

He was dead by the time they arrived. 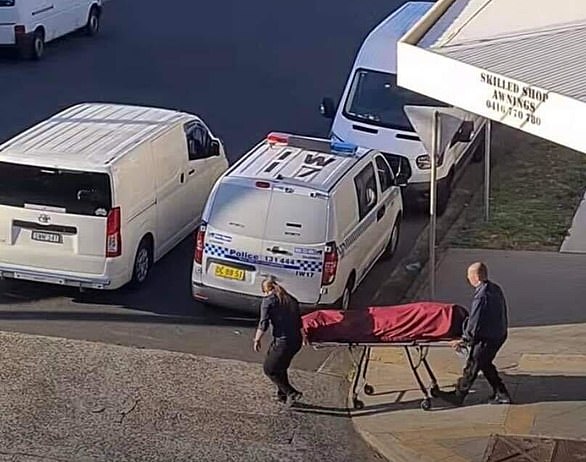