Inside the industry where university students are being snapped up

Twelve mining jobs command higher salaries now than during the resources boom which saw wages peak in 2014, according to a new report by advisory group BDO.

The wages are being pushed up by a skills shortage as new mines are built in the west at the same time as huge infrastructure projects in the east.

For example, a maintenance superintendent can now earn $205,000 including super and allowances, compared to $198,000 during the boom.

Geologists, engineeers, electricians and excavators can also all earn more than ever before, with salaries ranging from $155,000 to $186,000.

Thousands of miners are set to capitalise on the rising wages, including some of Australia’s best and brightest students who are in high demand.

Georgia Kerr (pictured), 21, is a mining engineering student at the Western Australia School of Mines in Kalgoorlie where she grew up 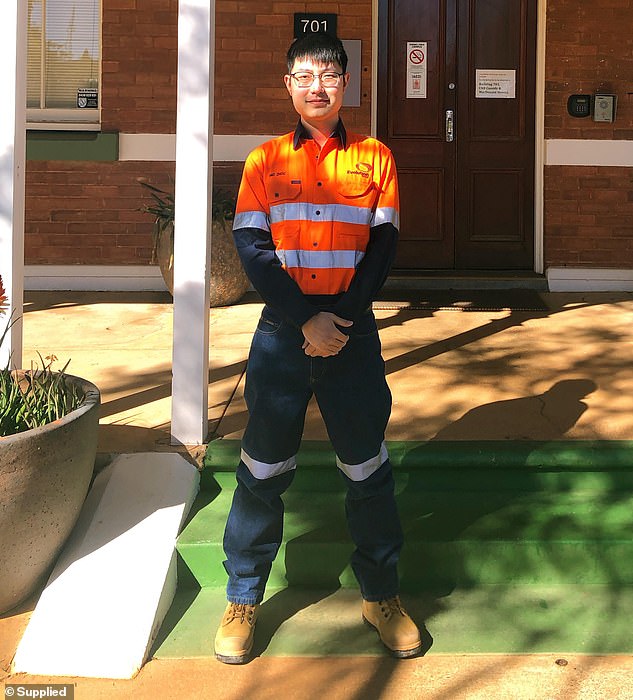 Mo Zhou, 26, is a student engineer at the WA School of Mines in Kargoolie who works on a six-month casual contract for a gold mining company

Mining engineering students can often get a taste of the high wages before they even graduate, by taking part-time work that pays $30-40 per hour.

Georgia Kerr, 21, is a mining engineering student at the Western Australia School of Mines in Kalgoorlie where she grew up.

Why are mining wages going up?

She told Daily Mail Australia that many of her third year contemporaries already have jobs lined up even though they are a year away from graduating.

‘Some people get summer work in their first year and so are already doing their jobs three years before finishing university,’ she said.

Miss Kerr switched to a mining degree from environmental engineering after working in a gold mine.

‘I love working in the mines in Kalgoorlie, the atmosphere and camaraderie is great,’ she said.

‘People think it’s a fast-paced industry but actually it’s slow and steady and you solve the puzzles as they come. If you rush too much it can become dangerous’.

Miss Kerr said she wants to focus on drill and blast work which involves planning and designing use of explosives to remove rock and get to the valuable material.

Whichever company she chooses, her wages will be high, but her professors have cautioned her not to solely chase the money.

‘The teachers tell us that if we work hard the money will come to us – and it can be better to start at a small company where you can take on more roles and get more experience even if you are paid a bit less to start with’. 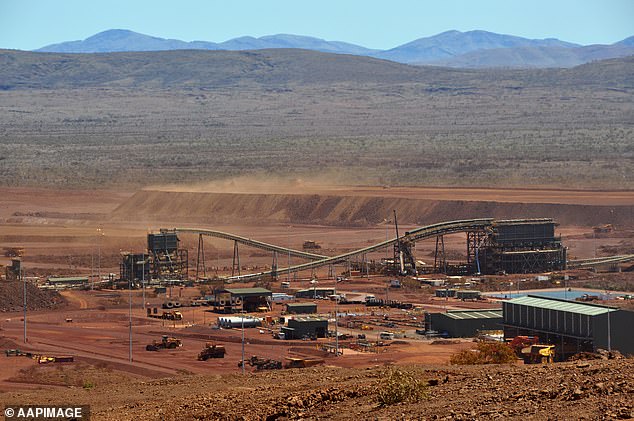 Far from working in an air-conditioned office like many of their friends in different industries, mining graduates have to work for a year underground if they want to qualify for a management position in the future.

‘I’m keen to get my underground time done so I can move up into the planning of mines which I find really interesting,’ said Ms Kerr.

Mo Zhou, 26, is a student engineer who works on a six-month casual contract for a gold mining company.

‘I work 12-hour days from 6am to 6pm, with seven days on, seven days off. The long shifts are challenging but the roster is pretty good,’ he told Daily Mail Australia.

I love working in the mines in Kalgoorlie, the atmosphere and camaraderie is great

‘I chose mining because it’s a very diverse career. It’s dynamic and challenging.

‘I’m learning parts of civil engineering and geology at the same time as doing my job which mostly consists of inputting data on the computer systems.

Mr Zhou is lining up full-time work and hopes to quickly rise though the ranks.

‘The wage was not my main consideration although it of course helps to know that if you work hard you can move up the company and the rewards are there,’ he said.

A possible downside for mining students is that most have to live in remote towns, far from the glitz and glamour of Sydney and Melbourne.

But Mr Zhou isn’t worried about that.

‘Kalgoorlie is a very peaceful town and it will thrive in the coming years because the gold price is above $2,000 and I think another gold rush is coming,’ he said.

‘People worry about safety but you are 100 per cent safe if you follow procedure. The companies train you very well.’ 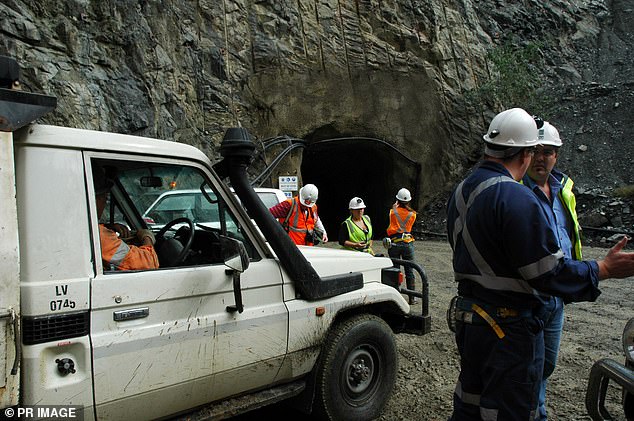 Twelve mining jobs now command higher salaries than during the resources boom which saw wages peak in 2014, according to a new report by advisory group BDO . Pictured: Focus Minerals’ Tindal mine in Western Australia

Mining wages are now at a peak for four reasons: an infrastructure boom in the east, low enrollment rates in university mining courses, restrictions on foreign labour and big investment from mining companies.

Victoria is in the midst of a $100billion infrastructure boom while the New South Wales government plans to spend $87billion in four years on new roads and railways.

This has led to an abundance of jobs in the east, making it harder for mines in WA to attract skilled workers.

Allan Feinberg of BDO told Daily Mail Australia that critical skills are in short supply because talented workers from the last resource boom have left the state. 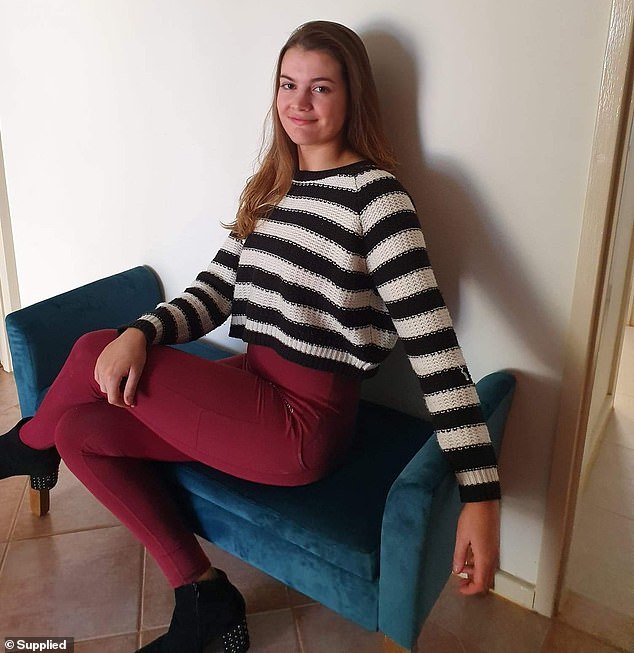 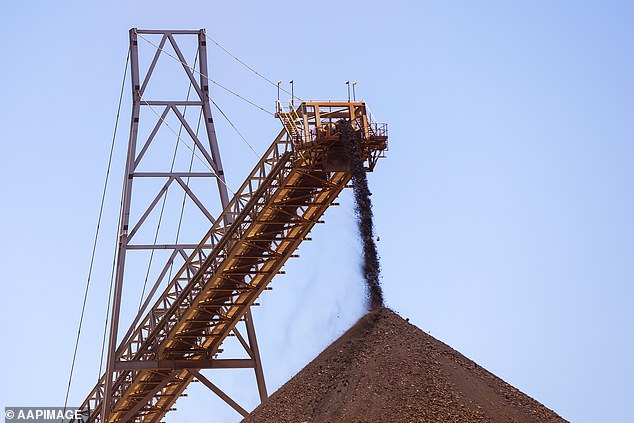 The wages are being pushed up by a skills shortage as new mines are built in the west at the same time as huge infrastructure projects in the east. Pictured: Solomon Stock yard in the Pilbara region of WA

‘We’re now in a situation where workers are not returning to Western Australia because they have found jobs in the unprecedented infrastructure boom along the Eastern Seaboard, where the salaries are on par if not more.

‘We expect this will put pressure on WA mining companies to further increase the salaries on offer in order to fill the gaps in their teams,’ Allan said.

Low enrollment levels in relevant university courses such as mining engineering has also contributed to the labour shortage – as are changes to foreign worker visas.

In 2017, the Turnbull government replaced the four-year 457 visa with two new classes of a 482 visa.

The short-term class is only valid for two years and does not allow permanent residency, reducing its appeal.

Meanwhile, Fortescue, BHP and Rio Tinto are all building new iron-ore mines in WA at the exact same time, spending a combined $10.3 billion.

BHP warned last year that the timing meant wages would soar because there are so many jobs to be filled at once.

How will the mining industry look in the future?

Robots will be the forefront of mining product extractions, reducing safety risks for miners, maximising output, and streamlining costs.

Although around 50 per cent of miners will be replaced by robots, these individuals will be retained and reskilled in advance technology and remote mining.

Robots will take on the most dangerous tasks, and they will be an important part of reducing the number of  mine accidents and fatalities by up to 75 per cent.

Hackers can and are known to be planning attacks on mine computer systems around the world, and will be using employee connected devices to initiate the attacks.

The systems that are in place are designed to monitor and detect dangerous conditions, therefore if an attack occurs, the safety of the workers and equipment will be priority.

Renewable equipment (solar panels, wind turbines, etc) all rely on minerals like aluminium. Copper, lithium etc) therefor the mining sector will always be a part of the renewable change.

Using technology will decrease costs for some miners by 30%. Savings are made in labour costs, increased output, a decrease number of safety risks and an increase in the company’s decision making capabilities.

Will technology companies try to get into the mining space? E.g. Apple and Tesla?

These technology companies have become some of the world’s largest by market cap, and rapid growth, which is likely to continue.

The two challenges these companies face for now is currently there is too much competition and anti-trust.

Some of the ideas of assisting with the skills shortage is promoting the industry to graduates and aboriginal people, developing programs to recruit retired or an older work force, and improving the employee, employer programs for on the job training to improve skills of the current workforce.

The Anglo-Australian company said its $4.5billion South Flank iron ore mine will provide 2,500 jobs during construction and more than 600 ongoing jobs.

‘We are going to see a bit of pressure in the market as a result of multiple projects being pursued at the same time,’ said BHP’s Minerals Australia president Mike Henry.

The BDO report said another issue was compounding the skills shortage problem to push up wages.

More miners are seeking family friendly rosters instead of working for two weeks with one week off.

Kinder rosters mean that more operational employees are needed to ensure a site can operate 24 hours a day, seven days a week.

Many companies are not adjusting wages proportionately and so miners are being paid the same or more for doing less work.

‘This creates an upward pressure on salaries without any increase in productivity,’ the report said.

The report also commented on how the mining industry would change in the future.

It said that robots will replace 50 per cent of jobs but anyone displaced could be trained how to operate the robots so the number of jobs will not go down.

It also said the decline of coal will not see a decline of mining because renewable energy sources such as solar panels and wind turbines rely on minerals from the ground such as aluminium, copper and lithium. 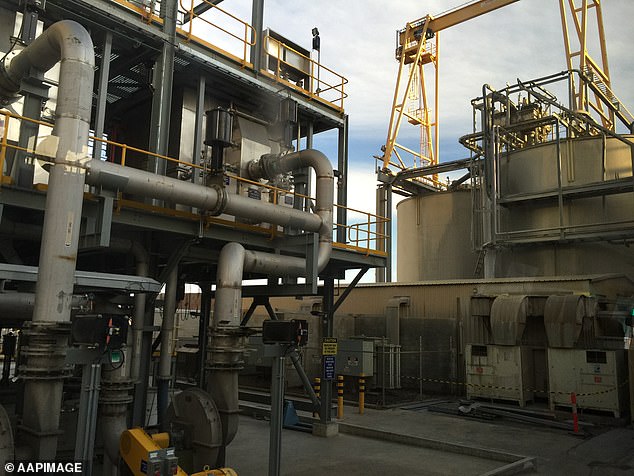 Geologists, engineeers, electricians and excavators can also all earn more than ever before, with salaries ranging from $155,000 to $186,000. Pictured: The Superpit gold mine at Kalgoorlie, Western Australia