Inside the jail cell of speedboat killer Jack Shepherd in Tbilisi, Georgia

Inside speedboat killer’s Room 101: A sneak peek within the cell that fugitive shares with two other inmates reveals stacks of books, a curtainless window and a makeshift shelf of belongings

By Inderdeep Bains In Tbilisi, Georgia For The Daily Mail

This is cell 101 in the notorious Georgian jail where speedboat killer Jack Shepherd has spent the past nine weeks shamelessly trying to dodge facing justice in Britain.

The 31-year-old fugitive was locked up in the maximum-security Gldani prison after blocking earlier attempts to extradite him in January.

But he might be holed up there for just three more days, after finally dropping his fight against surrendering to the UK in court today. 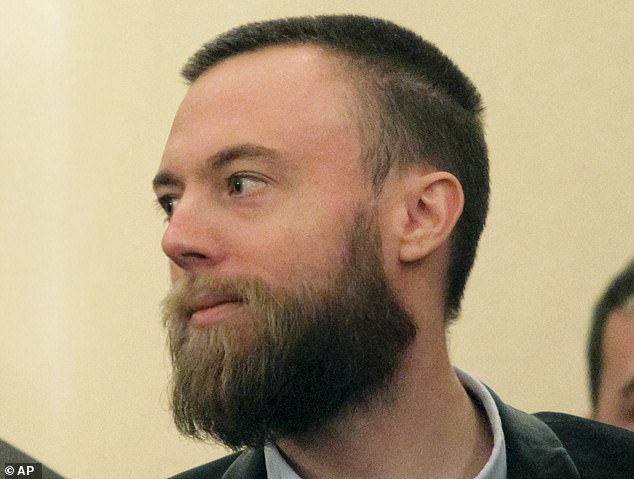 Jack Shepherd, 31, was sentenced to six years in his absence for the manslaughter of Charlotte Brown, 24, in 2015. He escaped to Georgia during his trial

Shepherd has spent 62 days in the small cell which he shares with two others, sleeping on the bottom bunk of a metal bed.

A pile of books – including one on philosophy – is stacked on a makeshift shelf he has assembled using a small plank of wood propped up on a radiator. His belongings include a packet of tea, toiletries and photographs pinned on freshly-painted walls. 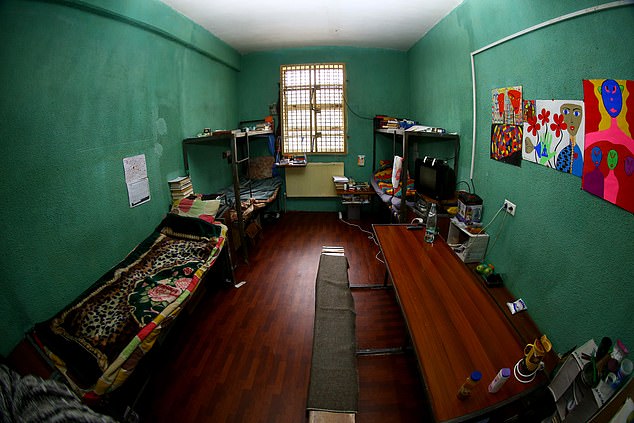 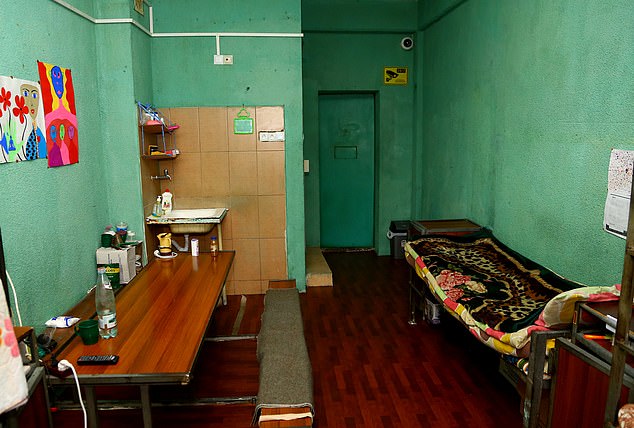 Shepherd’s bed consists of a mattress and thin blanket, and there is a sheet hung up to block out light from the cell’s curtainless window.

While the surroundings may not immediately look inviting, sources say it is one of the more recently-refurbished rooms in the jail in the capital Tbilisi and a big improvement on older, grimmer cells which hold up to eight inmates. 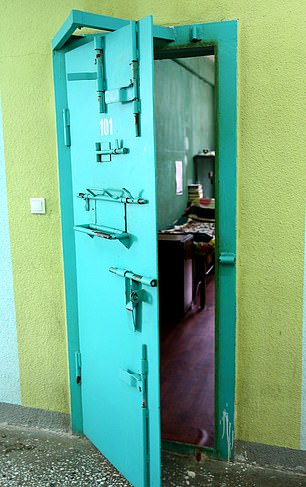 His lawyer Mariam Kublashvili said: ‘He has no complaints. He has access to an English menu and literature. He loves books.’

Married Shepherd was sentenced to six years in his absence for the manslaughter of Charlotte Brown, 24, when his speedboat overturned on the Thames on a champagne-fuelled first date in 2015.

The new father abandoned his wife and young child to abscond before his trial last year and tried to start a new life in the former Soviet republic.

Following a Mail campaign, Shepherd eventually handed himself in to Georgian police on January 23 after ten months on the run.

His legal team has confirmed that Shepherd is expected to formally agree to extradition at a hearing in Tbilisi this morning. When he returns to Britain, on top of the six years for manslaughter, he may face charges for absconding – punishable with a further year’s jail.

The Crown Prosecution Service could also charge him with grievous bodily harm – for allegedly glassing a barman days before he fled, which could result in up to seven more years behind bars.