Inside the jet-set world of Bally Singh

Getting to hang out with celebrities, drink the world’s most exquisite champagne and fly around the world on a private plane may sound like a dream but for one man, it’s just another day in the office.

Bally Singh, 42, from Leicester, runs a multi-million pounds VIP events company, counts Pharrel as a friend and gets paid millions to organise lavish events for the rich and famous.

Bally, who has been dubbed ‘the most interesting man in India’, created the Rich List Group and counts Jay Z’s Ace of Space and Abu Dhabi Formula 1 racing as clients.

The jet-setting entrepreneur claims to have visited Sting’s house for the weekend, spent Christmas with rapper Nelly in Vegas, and even washes his watches with £20,000 bottles of champagne.

The multi-millionaire, who claims to have bought two Ferraris in a week without even checking his bank balance, does, however, have humble roots and worked his way up from a factory job to where he is today.

Before becoming a multi-millionaire, Bally worked helping his dad run the family’s textiles warehouses in Leicester.

Keen to make a name for himself in business, Bally was setting up his own club nights at the age of 16 and would host celebrities at the glitziest events in Leicester.

Bally got his big break when Thong Song singer Sisco wanted a night to remember during his tour of the UK and a mutual friend recommended he let Bally take care of him. 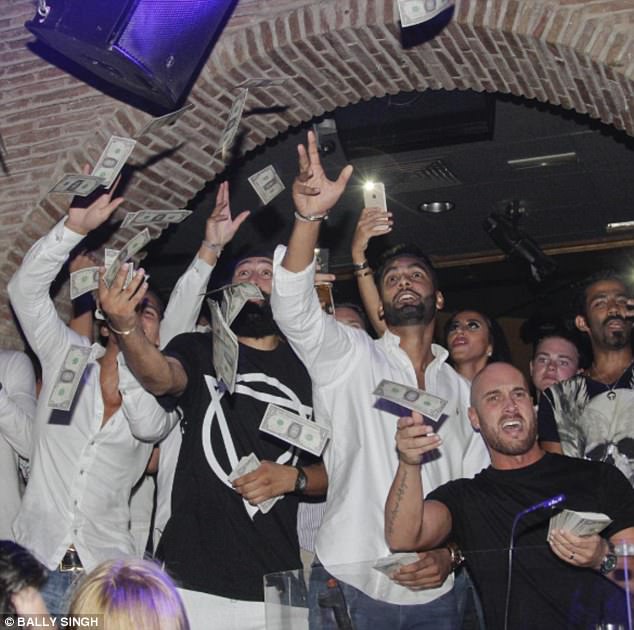 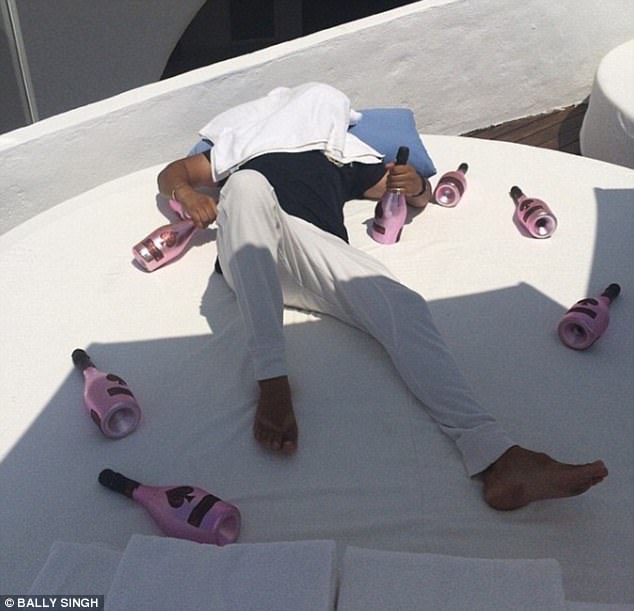 The entrepreneur, who started out on the streets of Leicester, now spends weekends on the most lavish yachts surrounded by Ace of Spades champagne 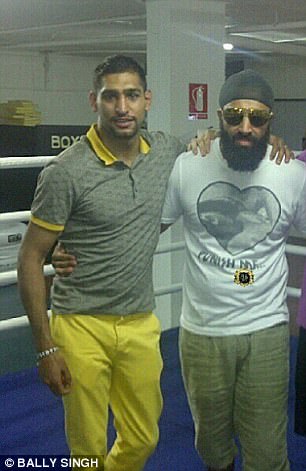 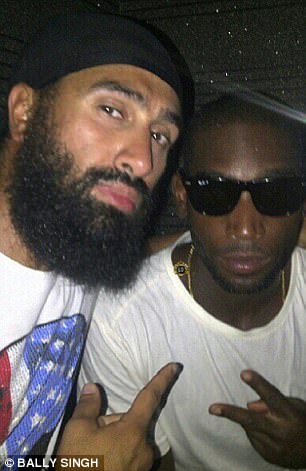 He has amassed a roster of celebrity friends including Amir Khan, left, and Tinie Tempah, right. He splits his time between Abu Dhabi, Marbella and Dubai 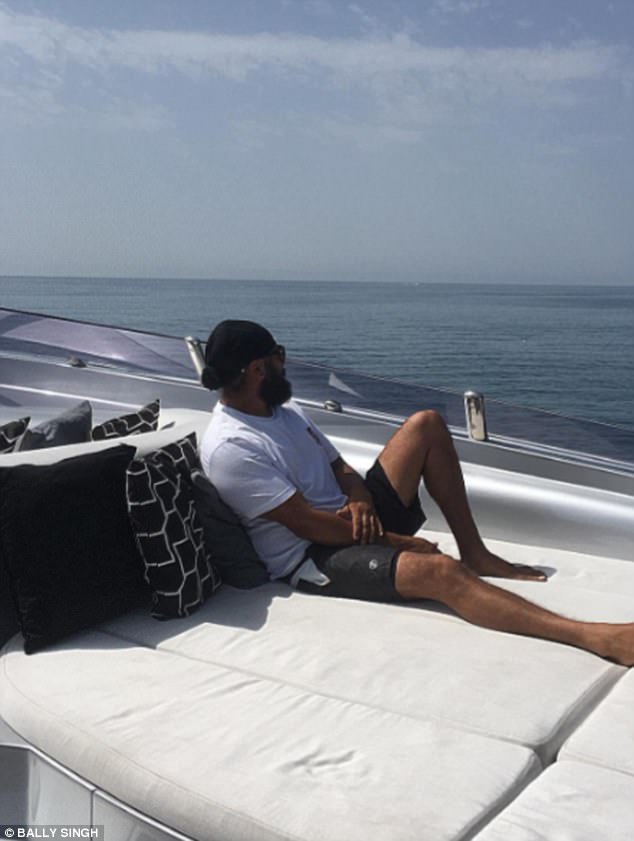 The events he helped organised quickly became a hit with many of the world’s party elite, with celebrity guests frequently attending 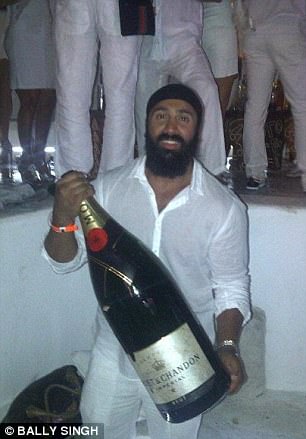 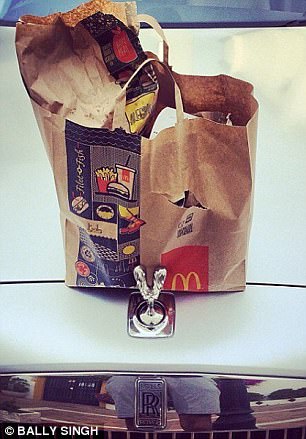 Bally gets a lot of attention on social media where he posts snaps of him posing with huge bottles of the finest champagne, left, and eating McDonald’s off his Rolls Royce

After that, celebrities such as DMX and the Black Eyed Peas requested Bally take care of them when they wanted a big night on the town.

Bally launched The Rich List launched in 2009 by providing luxury party events in Marbella when he was starring on reality TV show, Life on Marbs.

The events quickly became a hit with many of the world’s party elite, with celebrity guests frequently attending. After a successful couple of years on the Marbella scene, he expanded to offer sell out events across the UK and Dubai. 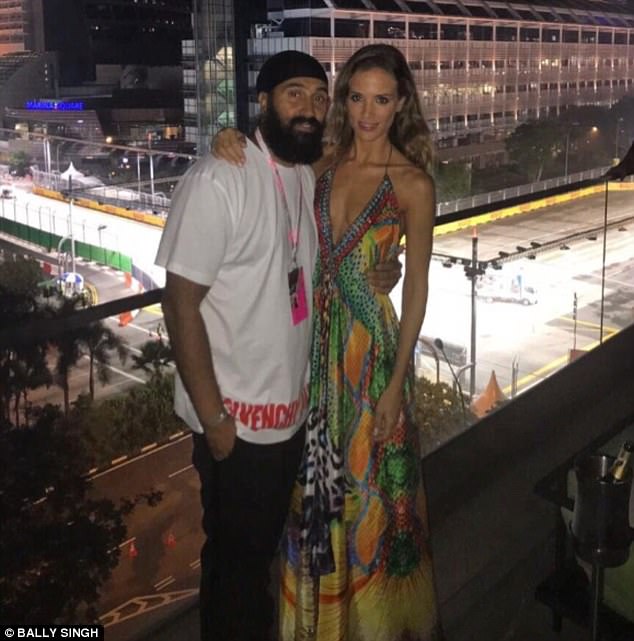 Bally works alongside his girlfriend, Ana Santos Matas, a model 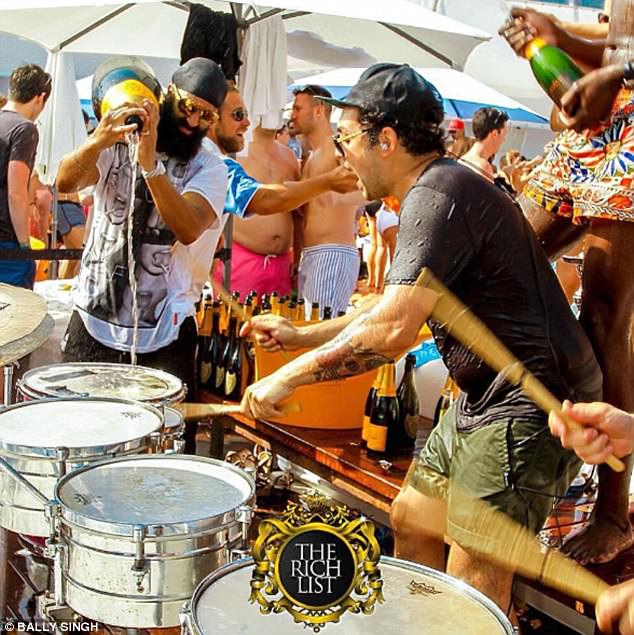 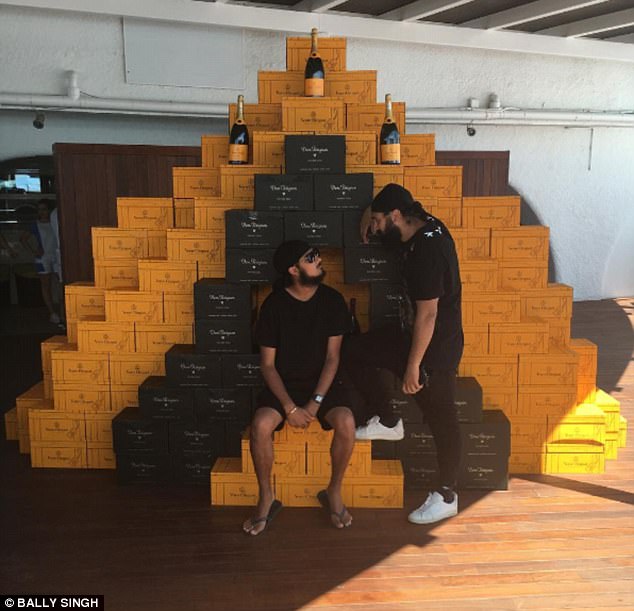 Bally is pictured sitting on a giant mound of champagne boxes ready for an event, which can cost around £1m each 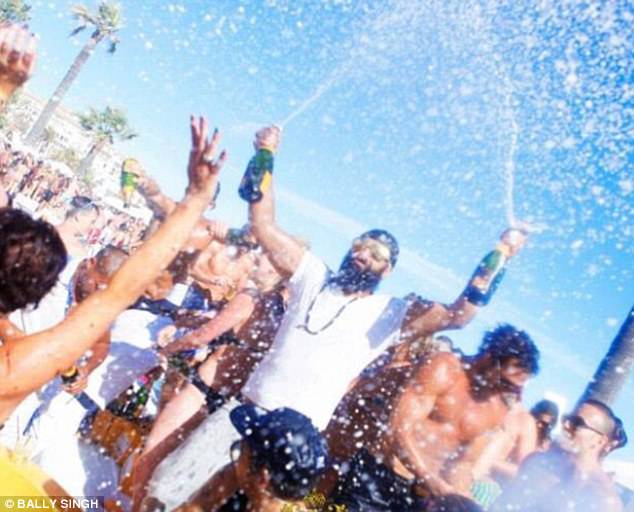 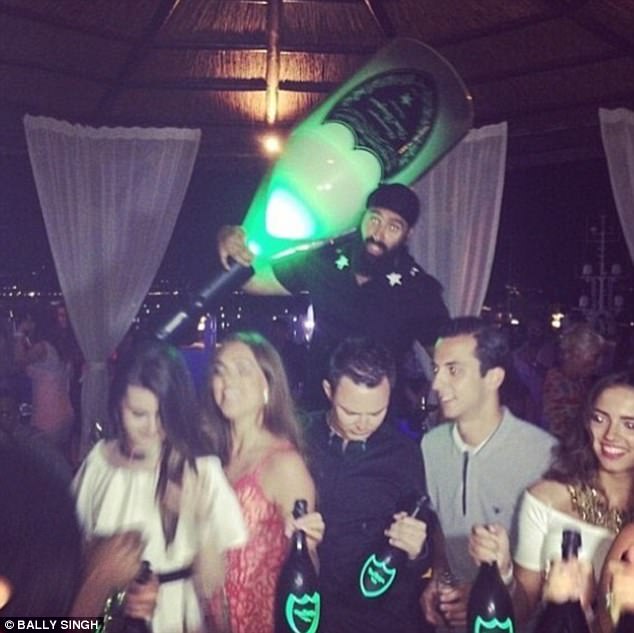 Bally was mentored by Kevin Liles, an American record executive and co-founder of 300 entertainment, who introduced him to the likes of Jay Z and Ludacris. Bally now organises events costing £1m on average and his most expensive event was on a private island in Dubai, which cost an eye-watering £20m.

Bally works alongside his girlfriend, Ana Santos Matas, a model, and the pair live a lavish lifestyle flying around the world organising events.

The entrepreneur now splits his time between Abu Dhabi, Dubai, Marbella or jetting around the world and living out of a suitcase. 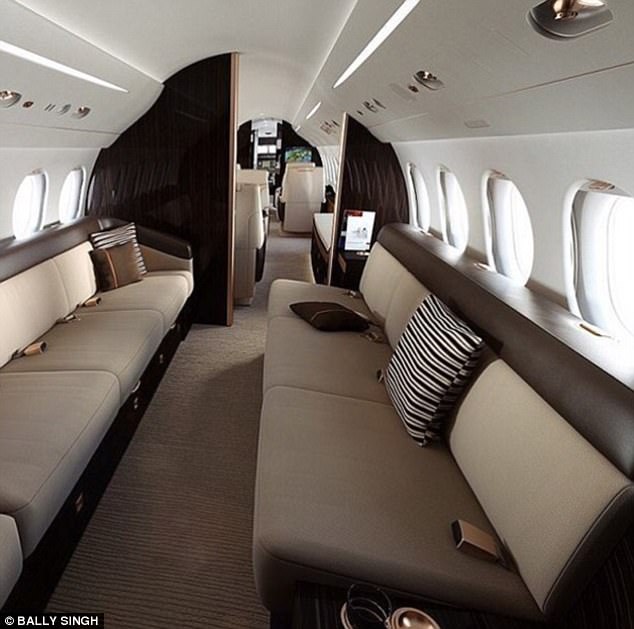 Bally flies around the world on a private plane, pictured, and often has to live out of a suitcase