Inside the life of ‘Little Eshay’ Wayne Russell, 12, killed in ‘TikTok’ crash, Wollongong

The disturbing family past of 12-year-old Wayne Russell has emerged just days after the self-proclaimed ‘Little Eshay’ was killed in a mysterious car crash that investigators believe could be linked to a dangerous TikTok game.

Russell was found seriously injured at a friend’s home in Balgownie, Wollongong, about 2am on Tuesday – just half an hour after a stolen Holden Barina smashed into a traffic light nearby and the occupants fled the scene.

Emergency services were called and he was treated by paramedics before being rushed to Wollongong Hospital, where he was pronounced dead.

A crime scene was set up at the home and police are investigating if the child’s death is linked to the crash. No charges have yet been laid in relation to the incident.

Wayne Russell, 12, who described himself as a ‘Little Eshay’ online, died from horrific injuries in Wollongong on Tuesday night 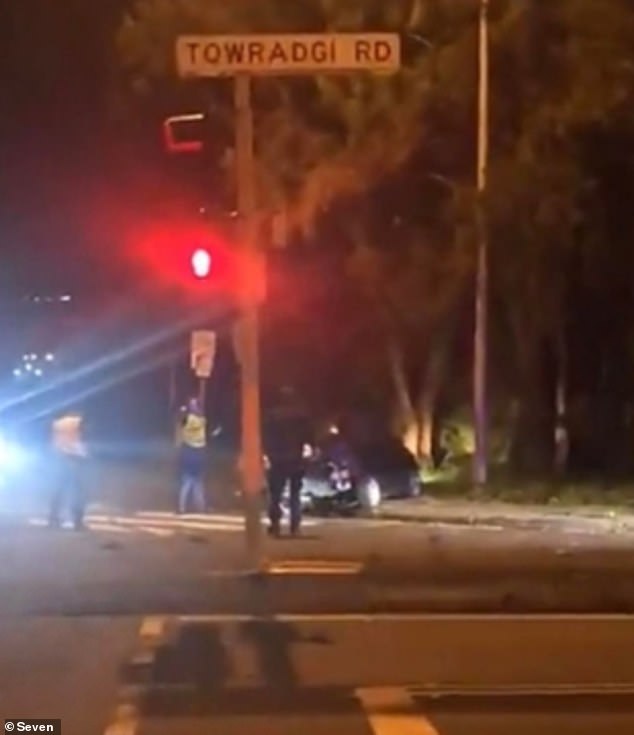 Pictured: emergency services at the scene of the crash after a Holden Barina ploughed into a traffic light in Towradgi about 1.35am on Tuesday

Detectives are also looking into whether the incident is related to a dangerous TikTok trend called ‘creeping while you sleeping’ – where young Australians film themselves committing serious crimes including stealing cars and driving at high speeds.

Now, Daily Mail Australia can reveal Ms Sebbens pleaded guilty to police pursuit and mid-range drink driving in August 2016 after she was embroiled in an eerily similar crash, colliding head-on with another car.

In October 2015, Sebbens, now 35, was behind the wheel of a silver Ford Laser cruising through East Nowra when police noticed the vehicle was being driven without headlights about 8.49pm.

The officers tried to stop the car for a random breath test but, despite the police turning on their lights and sirens, the vehicle sped off, clocking up to 105km/h in a 70km zone.

The court heard Sebbens ran several red lights, veered between lanes, and crossed onto the opposite side of the road into oncoming traffic to avoid capture, according to the South Coast Register.

Police set up cars to block her path to no avail, with one officer forced to jump out of her way as she narrowly missed the blockade.

At one point – as she led officers out of the CBD onto the highway then back into the town’s centre – she cranked her handbrake, leaving a five-metre skid mark.

The pursuit only came to an end when she ploughed front-on into a vehicle, leaving the 60-year-old female driver of the other car with minor injuries and herself with serious leg injuries.

Sebbens was taken to Shoalhaven District Hospital and later produced a breath test of 0.08. 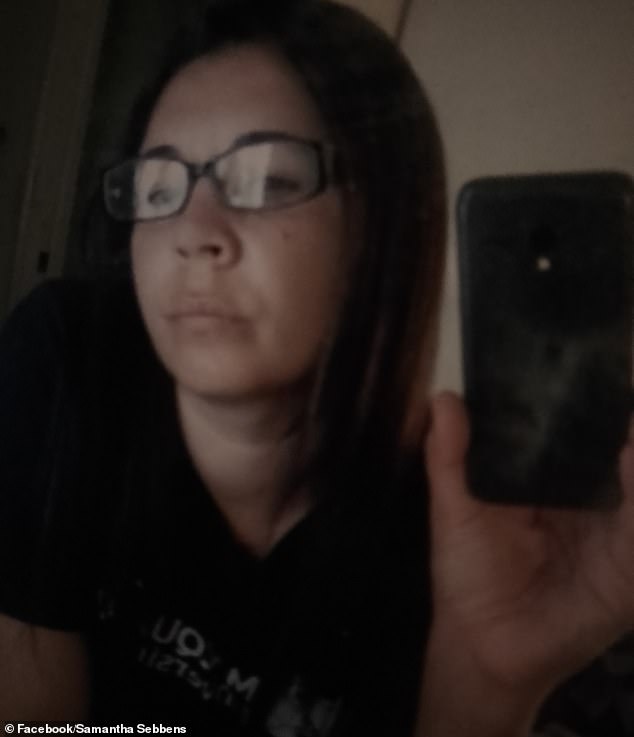 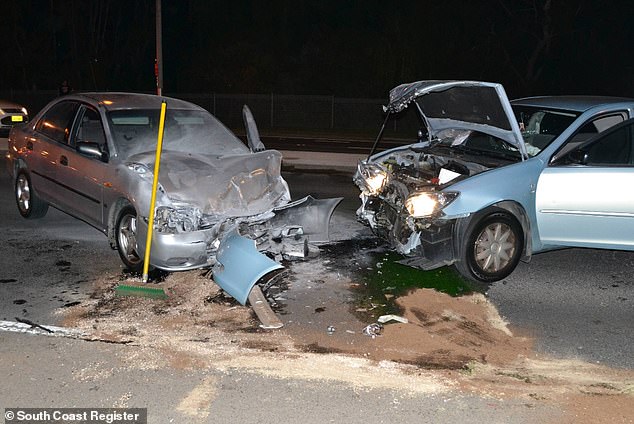 After pleading guilty, she was sentenced to an 18-month good behaviour bond and disqualified from driving for three years.

Meanwhile her former partner, Wayne Russell senior, is a serial criminal who has served several stints in prison, with past charges including break and enter, entering enclosed lands, having suspected stolen goods and assault.

On July 31, 2015, Russell, then 27, was sentenced to 12 months in prison after being caught the day before with a stolen motorbike and in possession of house breaking tools.

The incident came just 40 days after he had been released on parole after serving a six month sentence for larceny.

The court heard a witness reported Russell to police after seeing him and a young male pushing two motorbikes into the back of a Wollongong property about 7.50pm, the Illawarra Mercury reports.

The witness said he heard Russell instructing the younger male to ‘hurry up’ before the noise of the pair trying to start the bikes.

The witness said they later emerged from the front of the property with just one bike and started walking away from the area.

Police tracked the duo down nearby and ordered them to stop, but Russell fled the scene before he was apprehended by officers a short time later. 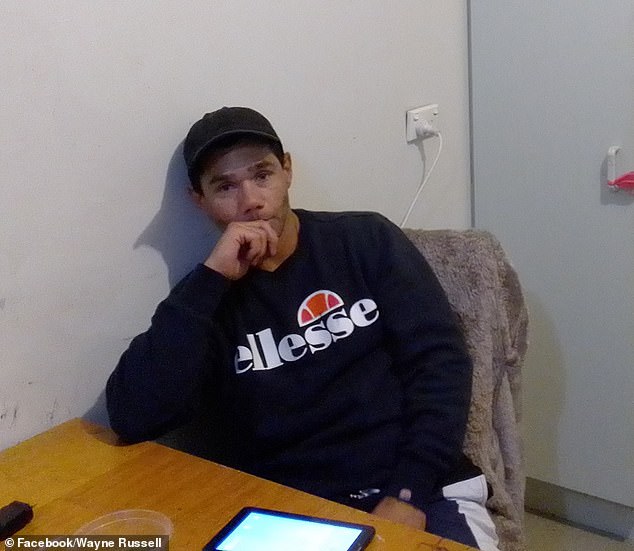 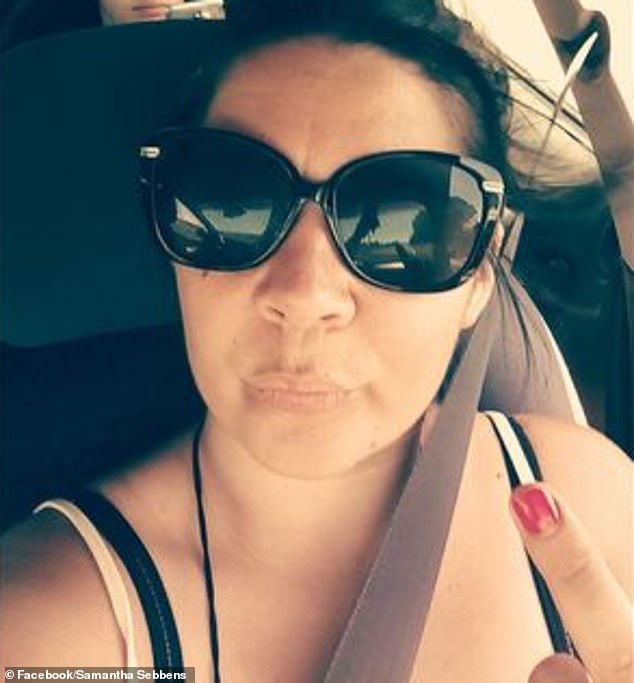 A police uncovered tools associated with house breaking, including spanners and pliers, in Russell’s backpack.

The court heard that, up to that point, Russell had been previously charged with 62 offences, pleaded guilty to two charges and was imprisoned for a year.

Daily Mail Australia does not suggest Sebbens or Russell were involved in the car crash earlier this week or their son’s death.

In the past seven years since, Russell has been listed to appear before courts for various offences on more than 120 occasions.

What is ‘creeping while you sleeping’ trend on Tiktok?

Using the hashtag #creepingwhileyousleeping, youths brazenly show off their illegal behaviour through the platform.

He is currently on remand in prison after being refused bail in August when he was charged with the assault of a woman in the Illawarra region.

He has also been charged with breaching an Apprehended Violence Order in place to protect the same woman.

Meanwhile, friends and family have flocked online to pay tribute to his 12-year-old son, affectionately known as ‘Lil Wayne’.

‘Love you my brah … we will see you soon, love you soo much rest easy my soulja my cuzz, rest in paradise,’ the teen’s cousin Jamain Russell wrote.

‘We just need the closure right for what happen too you my little cuzz.’

Online, the boy referred to himself as ‘Wayne Little Eshay’ – referencing the urban youth subculture associated with crude language, rebelliousness, and eccentric clothing.

NSW Police are now investigating whether the Holden Barina crash, which happened around 1.35am  a three minute drive from Balgownie, is linked to the TikTok craze.

Police rushed to the scene after officers at nearby Corrimal Police Station heard the crash, but the vehicle was empty by the time they arrived.

‘We’d appeal for anyone that might have social media content that would cover the incidents that’s happened this morning to come forward,’ NSW Police Detective Acting Inspector Jason Hogan said.

‘We’re investigating all lines of inquiry and the social media line will be investigated too.’

Anyone with information is urged to contact CrimeStoppers on 1800 333 000.